Kitten Who Lost His Brother, Clings to Foster Family for Comfort.

Two 5-day-old kittens came to a shelter in Fremont, California, in need of bottle feeding.

Amber Rose, founder of Saving Grace Rescue (in San Fransisco) offered to take them in so they could be cared for around the clock in a foster home. 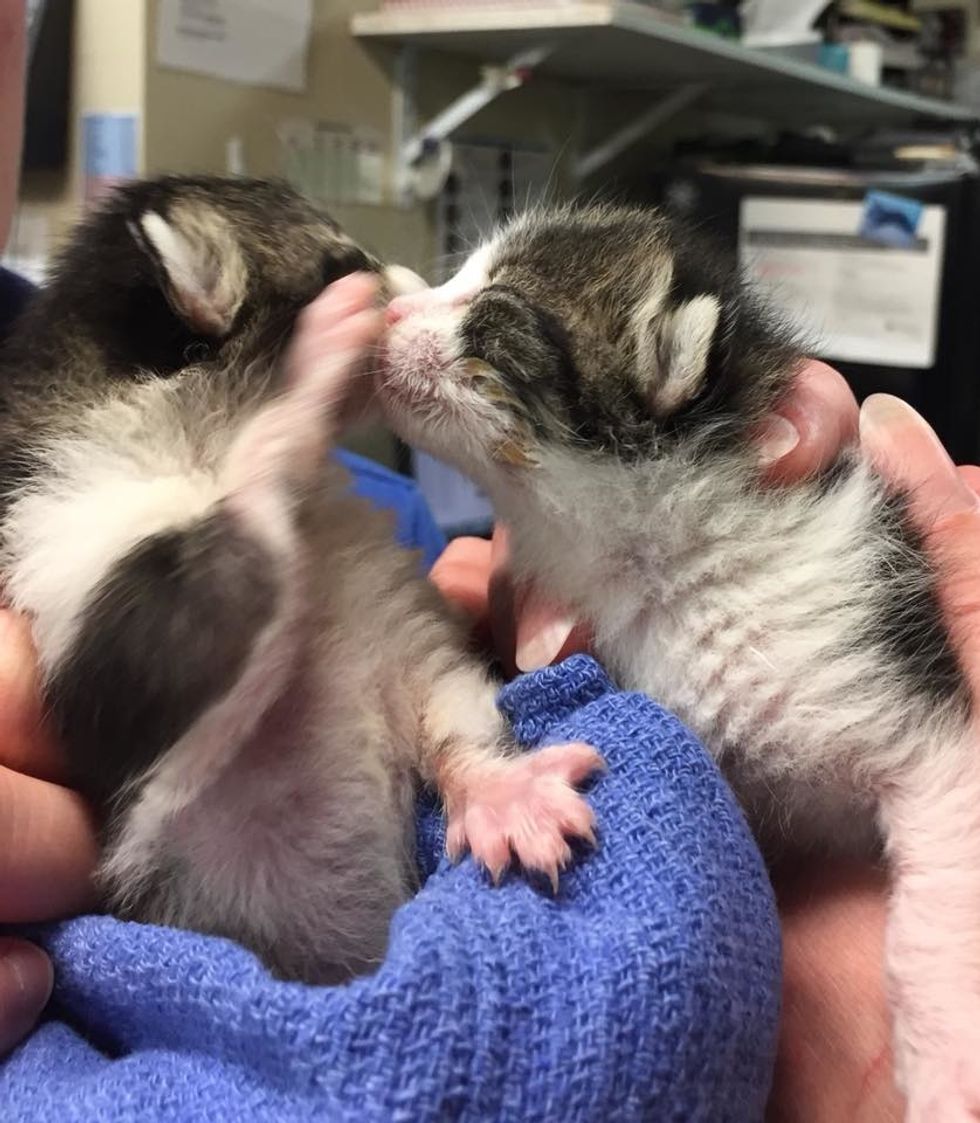 The two brothers were very close, always snuggling. When Joyce the foster mom went to pick them up, she noticed right away that one of them was stronger than the other. "Blaze seemed like he was always stronger, even when compared to Glory since the first day I got them," Joyce told Love Meow.

From the start, Blaze had an excellent appetite and never skipped a meal, but Glory was struggling to eat.

Despite their very best efforts and all the sleepless nights, Glory earned his wings on April 3rd. He had his brother, Blaze, and foster mom by his side as he took his last breath, cuddled next to a faux Mama. 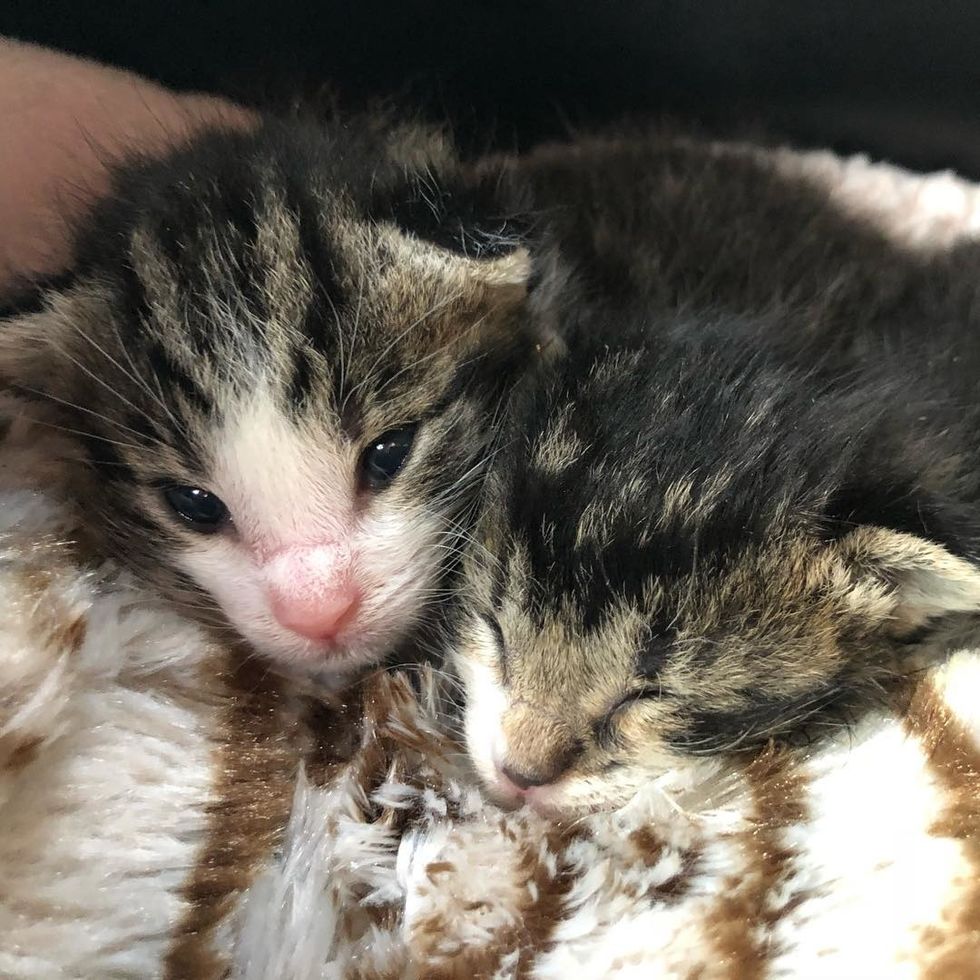 "When Glory was passing away, Blaze went to him to comfort him," Joyce told Love Meow. "He stayed close by Glory until we took his body away a few hours later."

The family took turns to cuddle with Blaze as he dealt with his loss. 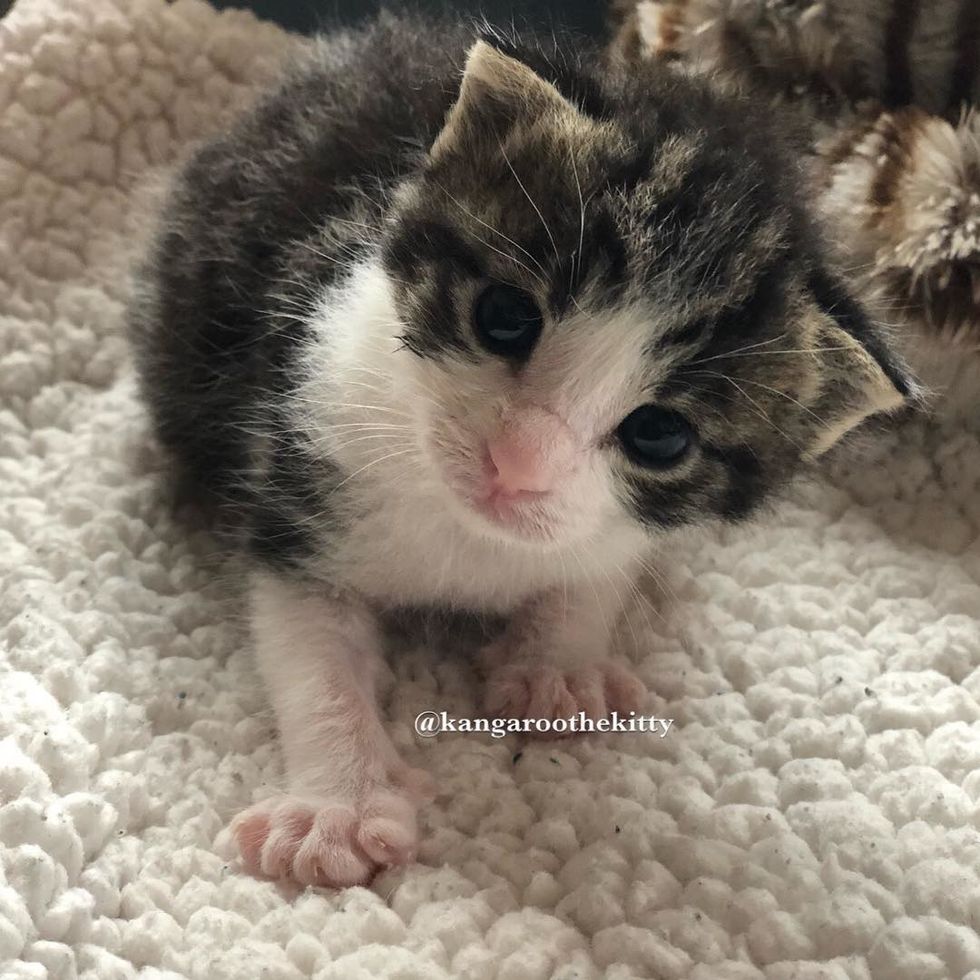 He spent most of his time snuggling with his foster parents. 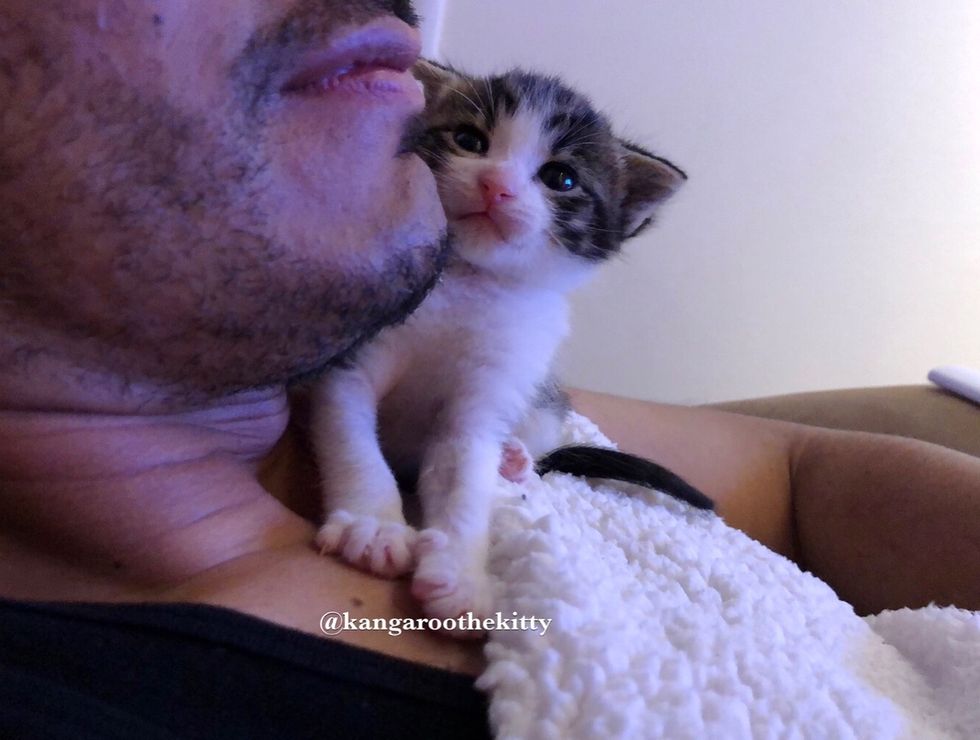 He napped on their shoulders or snuggled up on their chest, kneading away. 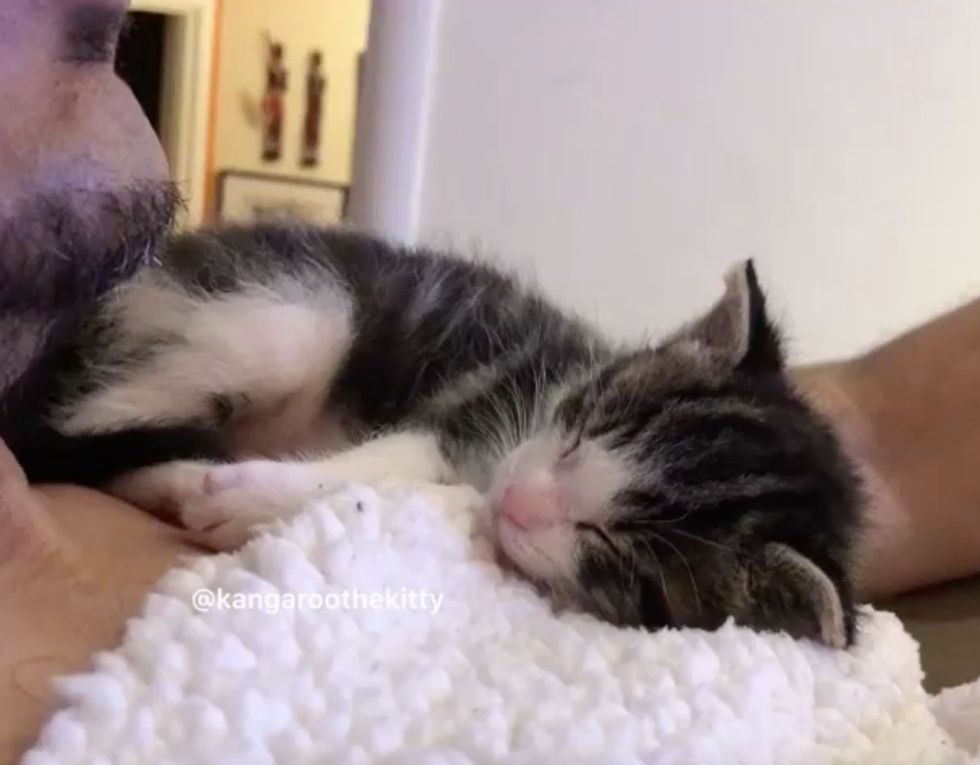 Blaze clung to his humans for that much-needed comfort.

The sweet little boy was thriving with love. 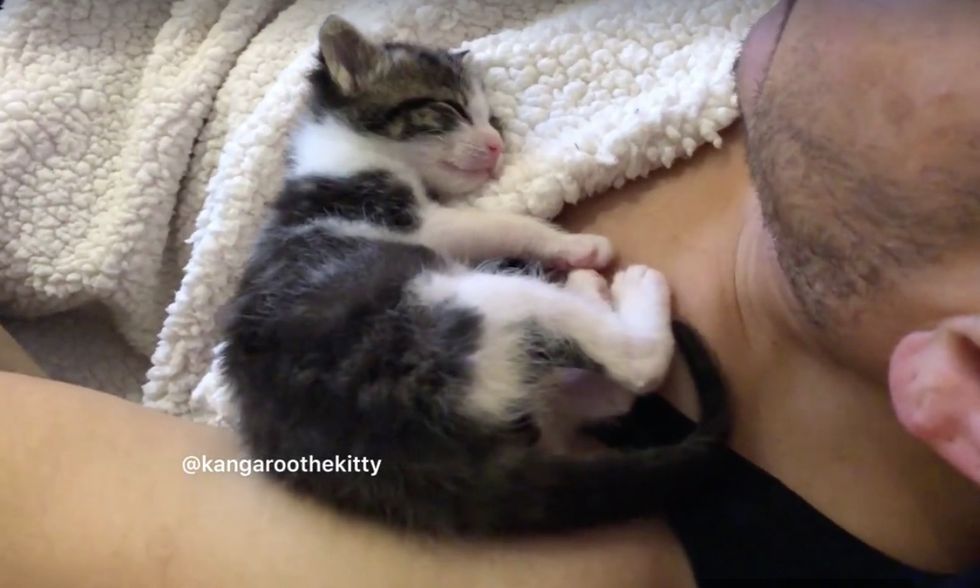 Cuddle time with his foster dad while having a purrsonal bodyguard nearby. 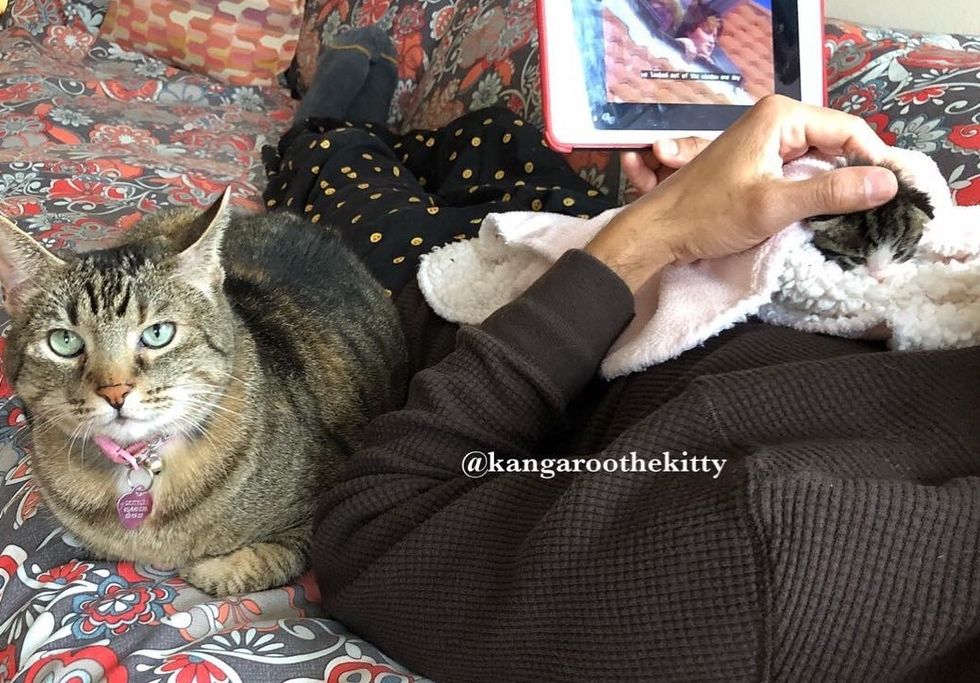 Joyce received a hoodie with a large pouch, and Blaze snuggled right in. 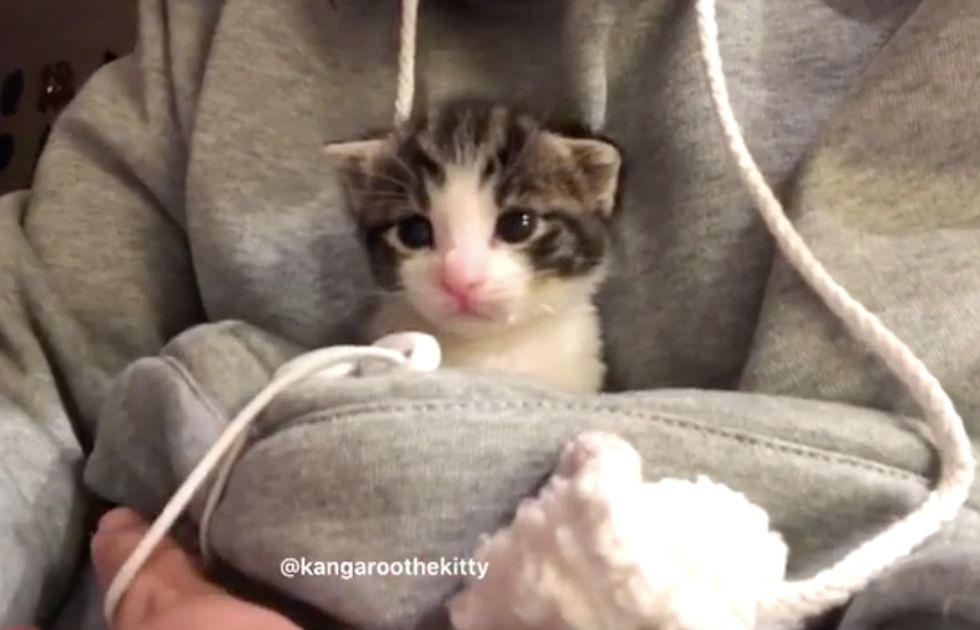 Once he got some strength in those tiny legs, he started to be more mobile, wanting to explore out of his nursery pen. 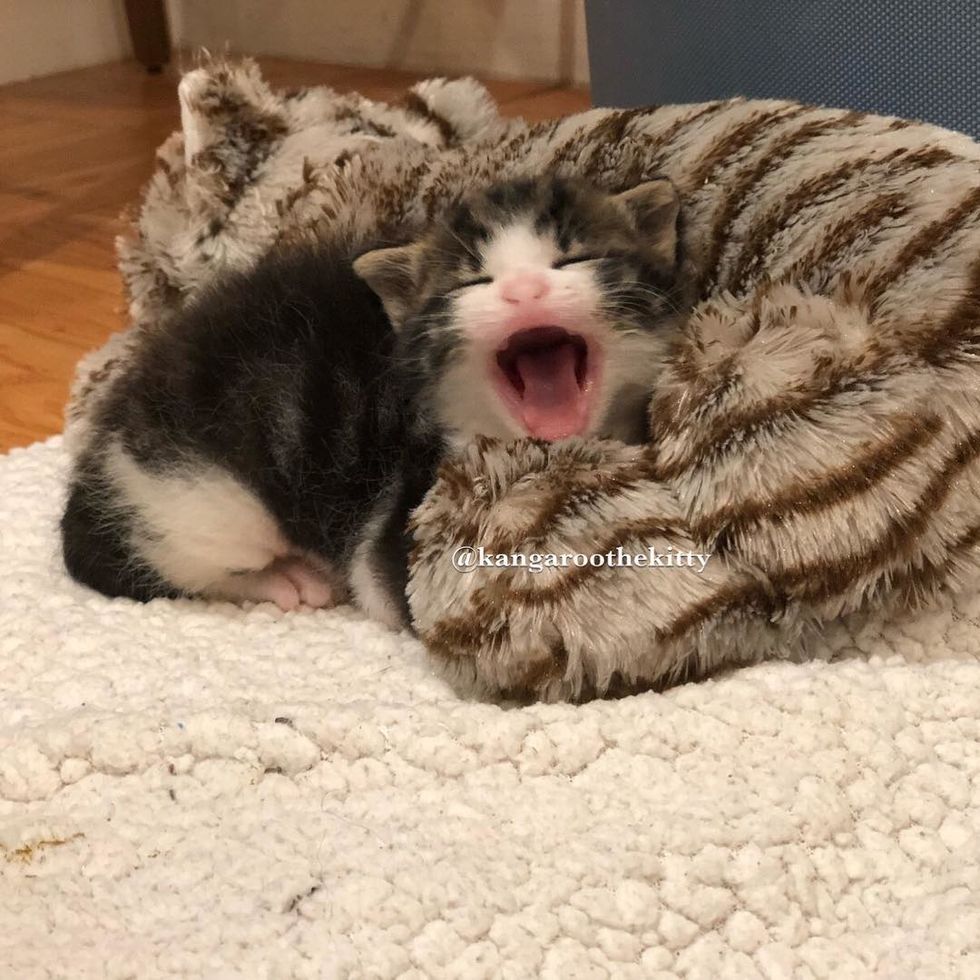 Kanga Roo the resident cat came to give Blaze some love and baths.

As he grew bigger, he became more adventurous. When he discovered the dog bed, he decided to claim it and share it with the dog.

Youngest boy hanging out with the oldest boy in the house. 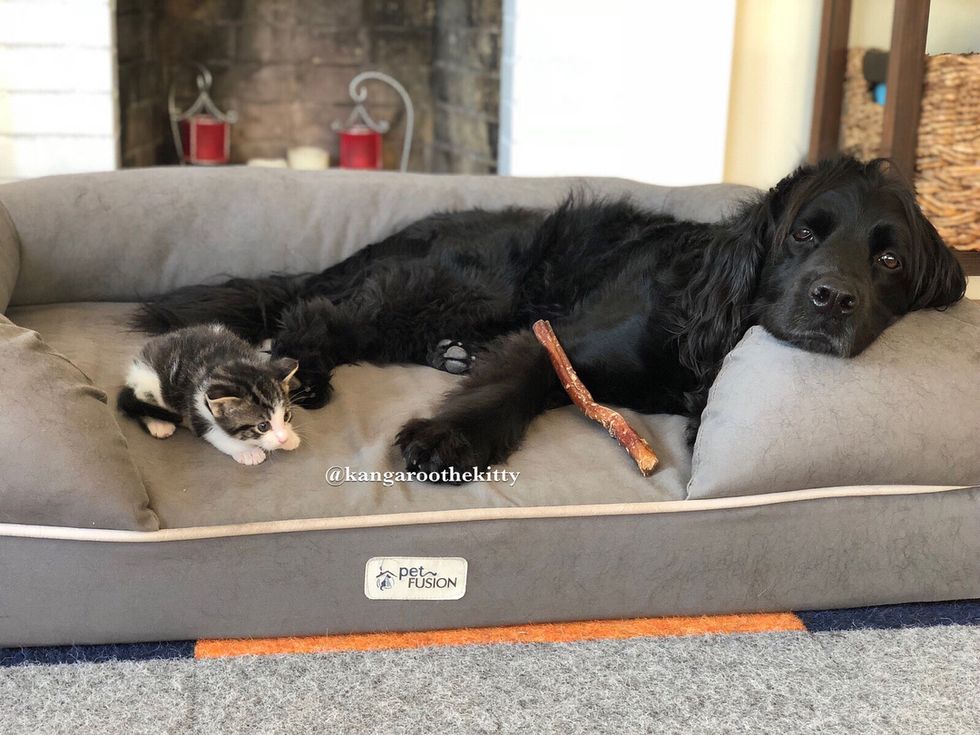 "He has a strong will to live. He's very loving and wants to cuddle all the time. When he gets hungry, he climbs out of his bed and looks for me. When I sit down to give him his bottle, he knows to come to my leg," Joyce told Love Meow.

"This boy has my heart." 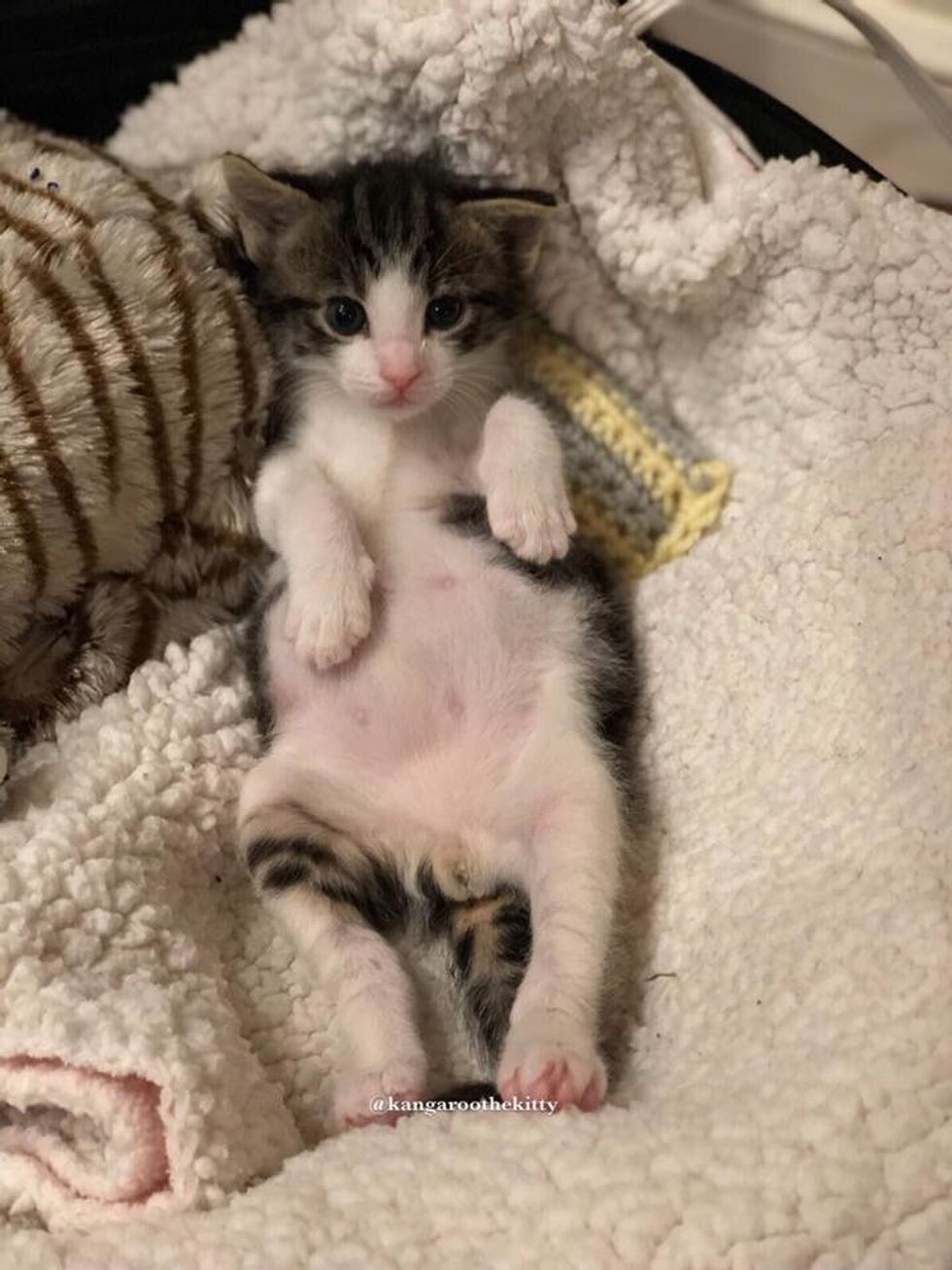 Watch Blaze in this adorable video: