Man Gives Kitten a Home, the Kitty Refuses to Sleep Anywhere But His Shoulder

A man gave a little ginger a forever loving home. Now the kitty is 4 months old, and he refuses to sleep unless it's on his human's neck or shoulder.

Meet Oliver and his human dad. 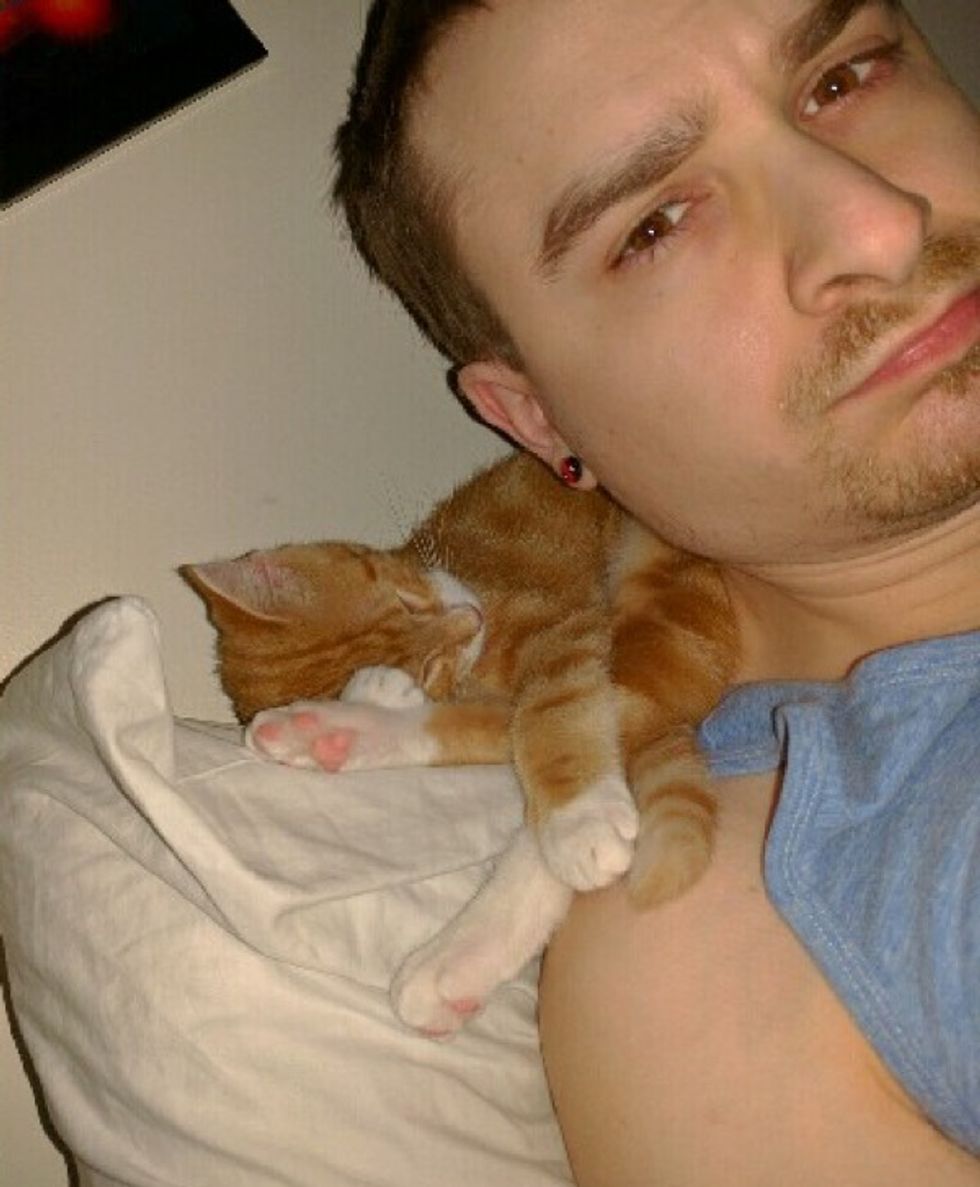 "He's in this weird stage where he refuses to sleep unless he's making contact with my neck," reddit user th3dj3n1gm4 said.

Oliver snuggles up to his human and falls asleep on his shoulder. 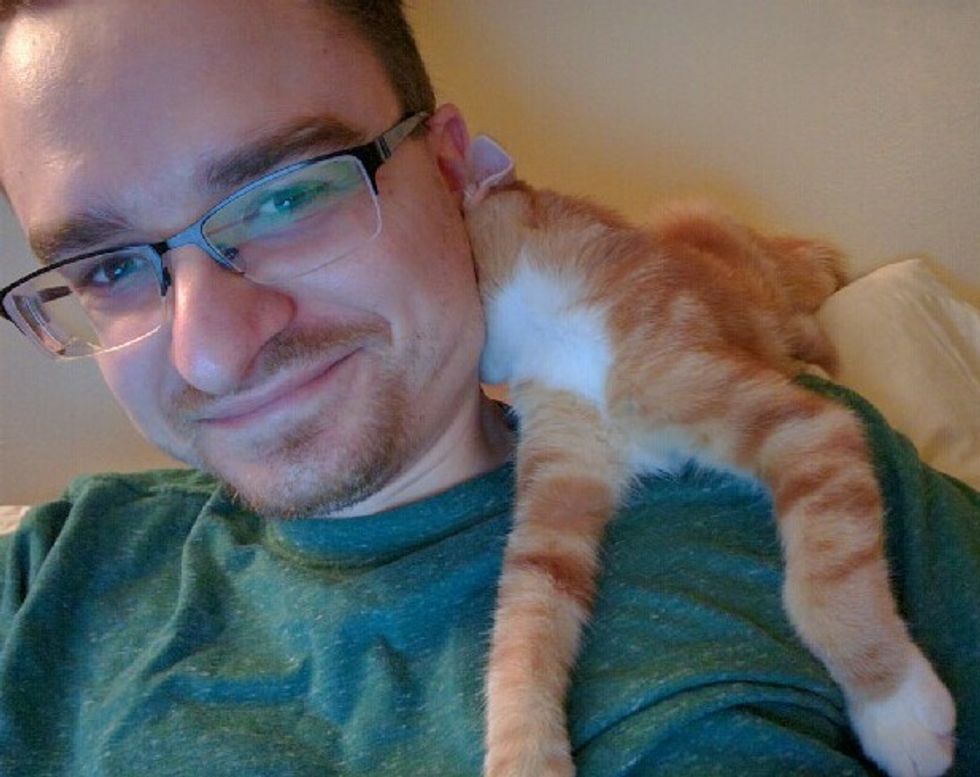 His human couldn't move for hours, but it was worth it.

Oliver is all tuckered out. 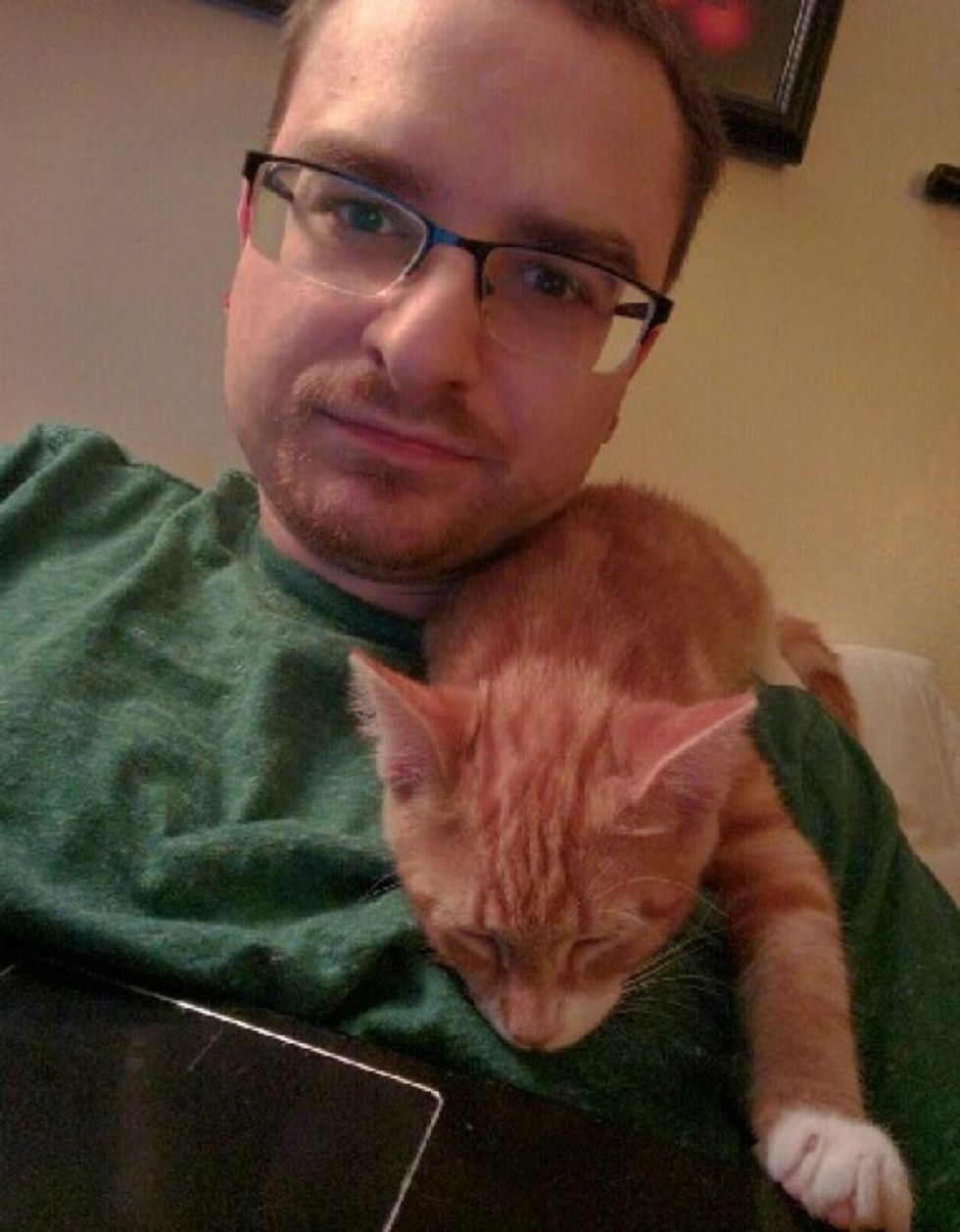 When it's bedtime, Oliver tries to drape himself across his human's neck.

It's how they sleep at night now. 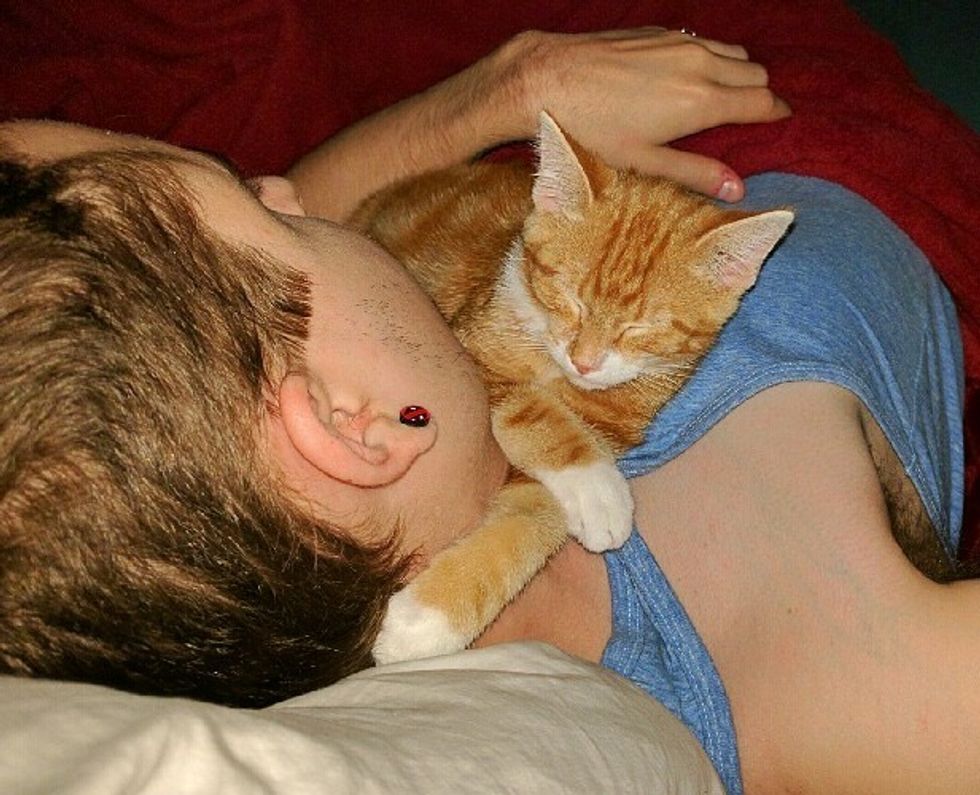 When Oliver isn't sleeping, he's trying to get his human's attention... whatever it takes.

"I walked away for literally 30 seconds." 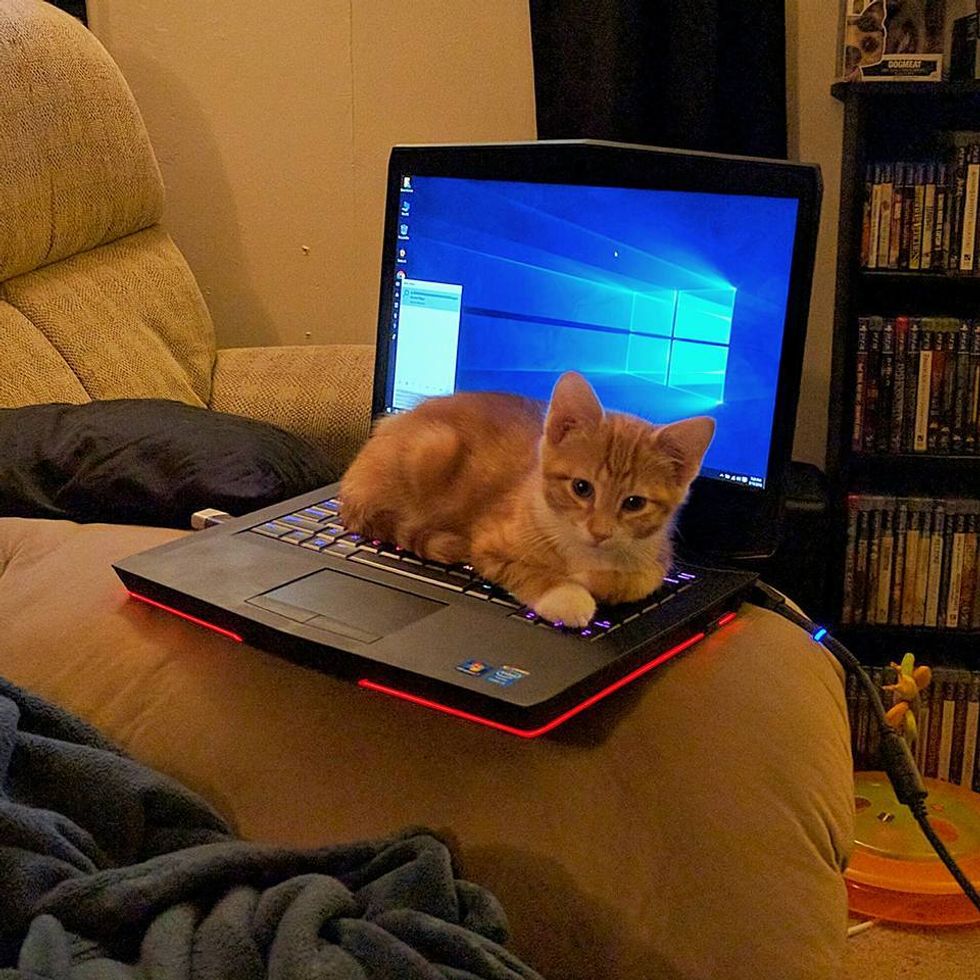 When he is not snuggling with his human for naps, he's probably being doted on by his furry friends.

"Oliver has surrendered to his head-cleaning overlord." 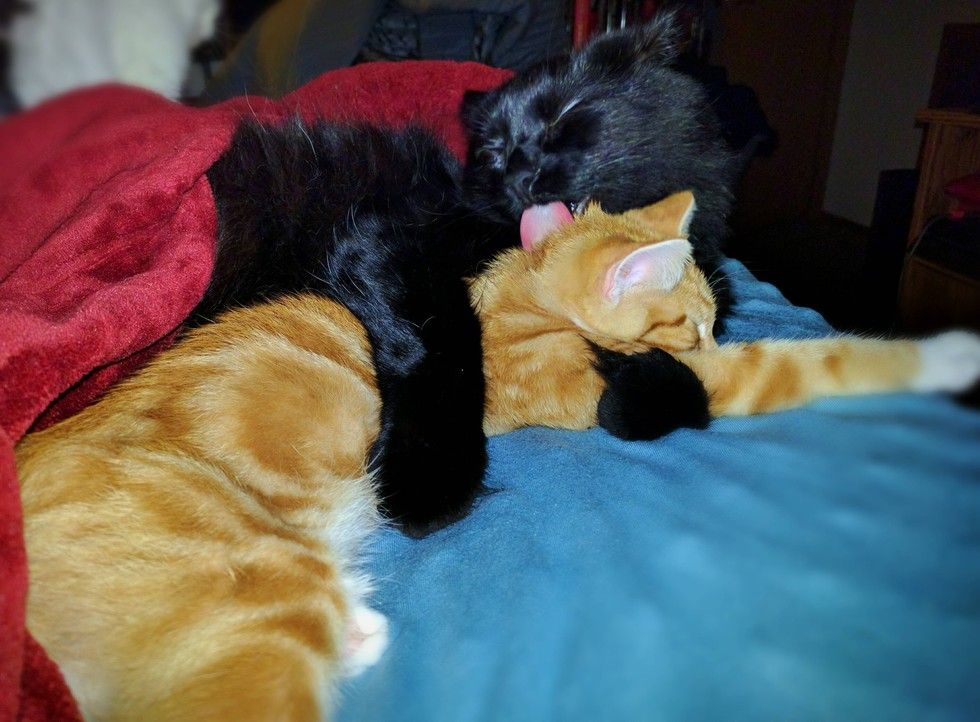 Related story: Man Took Cat Out of the Shelter and the Cat Hasn't Stopped Cuddling Him Since