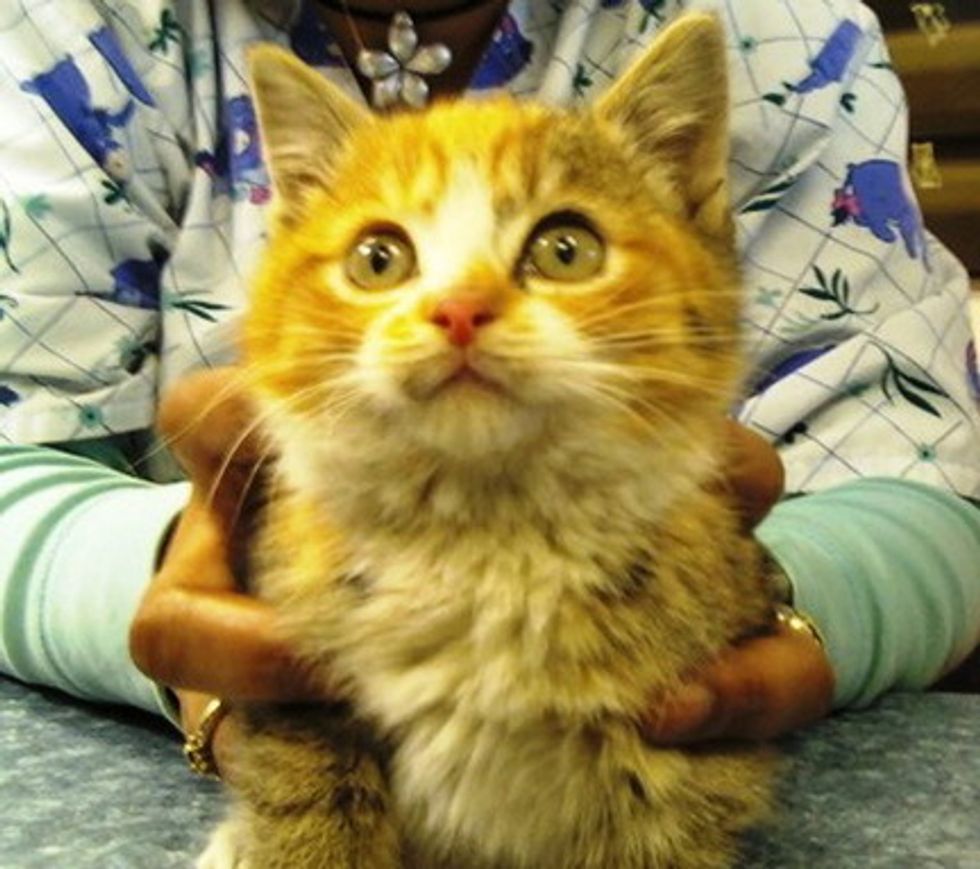 There have been many cases of cat abandonment on the Verrazano-Narrows Bridge in Staten Island, New York, but this time the story had a good, happy ending.

A bridge maintenance worker, Ryan Laks was working on his routine checkup on the upper level of the bridge in freezing temperature where the wind slammed him at 50 mph.

While he was working against the relentless weather, he spotted a kitten clinging helplessly to the road, trying not to be knocked over by the wind. Laks grabbed the kitten and transported her back to the office.

Sgt. Kenneth Winslow brought the kitten to the Rosebank Animal Hospital where the little feline received a veterinary exam. They named her Gia for Giovanni da Verrazano, the first explorer that ever stepped into New York Harbor.

While Gia was getting her medical exam, a lady came in to ask to adopt a kitten for her father who recently lost his cat. Right away, they thought Gia would be a good fit and handed her over to a new forever home.

Four other kittens were rescued by the bridge officers back in 2008 where they were tossed out of a moving vehicle.