Kitten Found in a Shed, Born Special - She Sees the World at a Slightly Different Angle

Tippy the kitten was born with a congenital head tilt. Though she sees the world at a slightly different angle, she's perfect just like any other kitty. 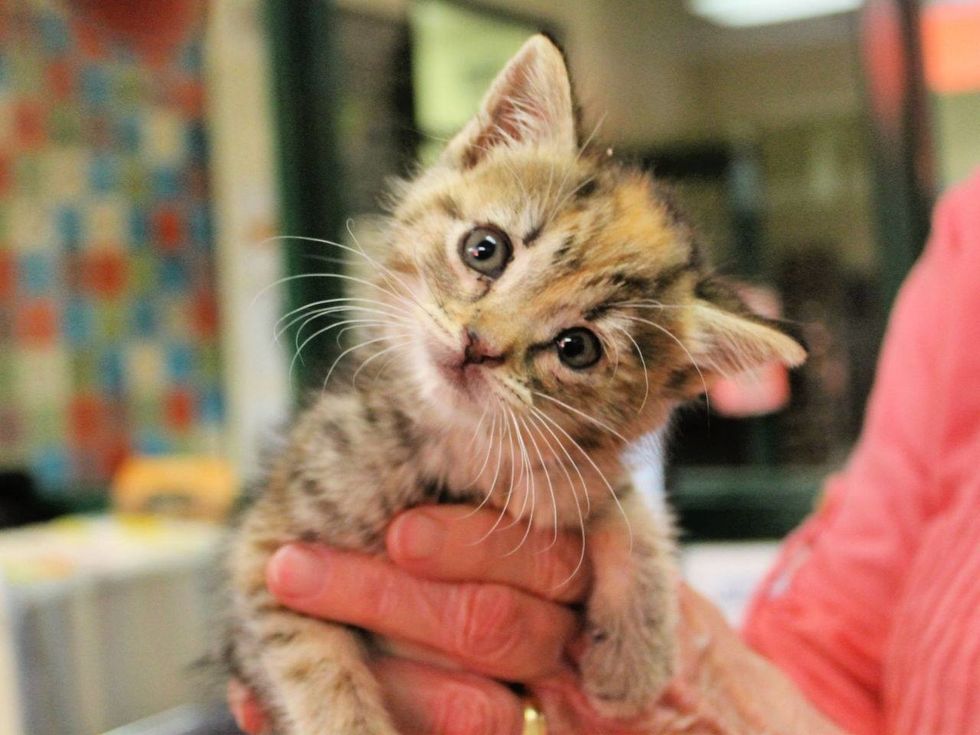 Tippy or Tippy Canoe was found alone when she was a few weeks old. Her feral cat mom gave birth in a shed and later moved her litter-mates to another place. Tippy was the only one left behind.

Toni's Kitty Rescue in San Francisco took her in with open arms. Volunteers continued to look for the rest of the family but to no avail. Tippy was placed in foster care so the little singleton could have a safe place to stay and someone to look after her.

"She has a congenital head tilt but is otherwise healthy and happy," Toni Sestak, founder of Toni's Kitty Rescue, told Love Meow. "The tilt is not considered a neurological issue and is thought to just be a congenital mistake." 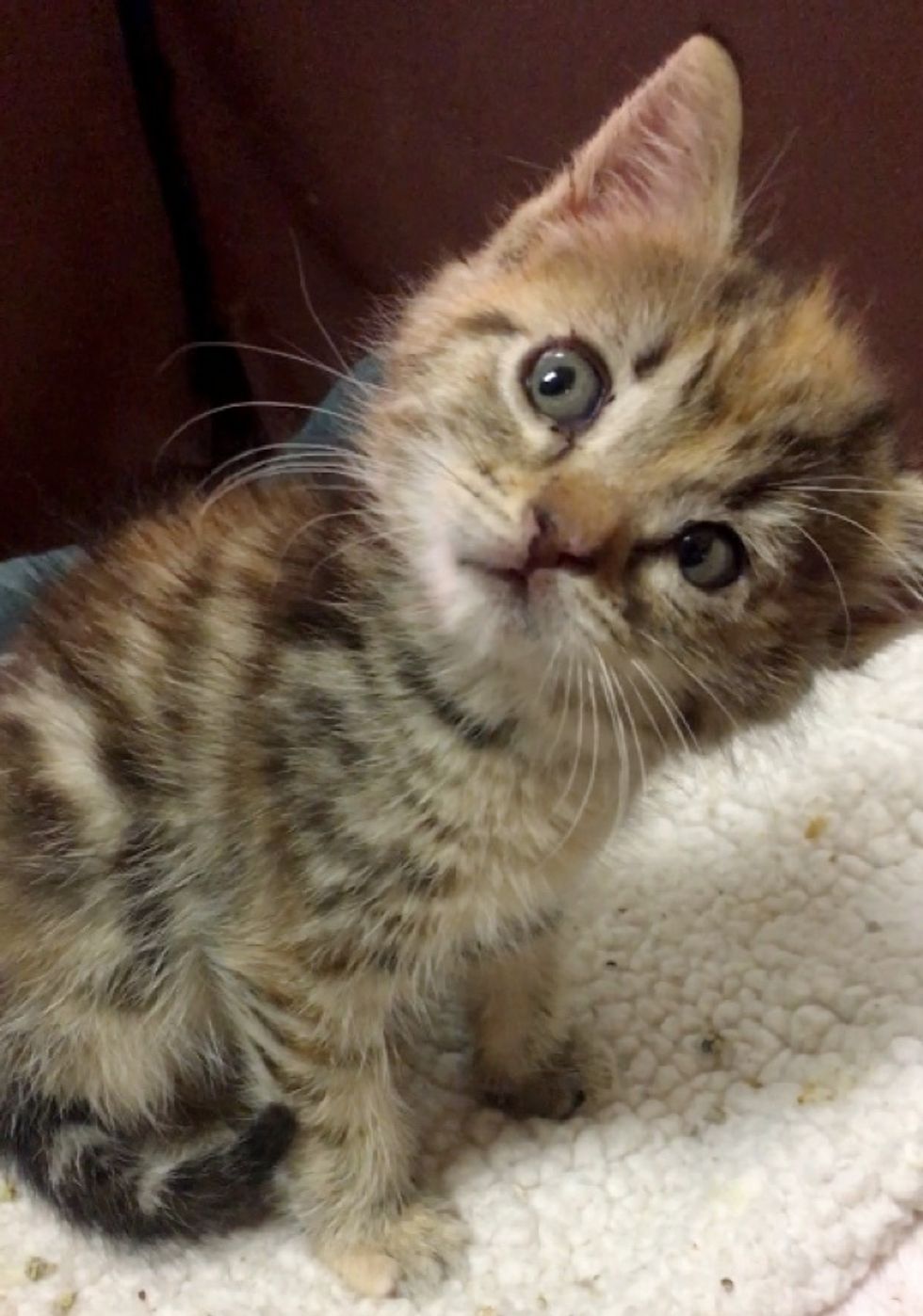 The tortie girl had a very strong tilt at the beginning and tried hard to maintain her balance. She was also a little shy around people, but things began to change when she met other kittens in need.

She was introduced to a few other foster kittens and they immediately hit it off. Tippy quickly came out of her shell and began to shine. 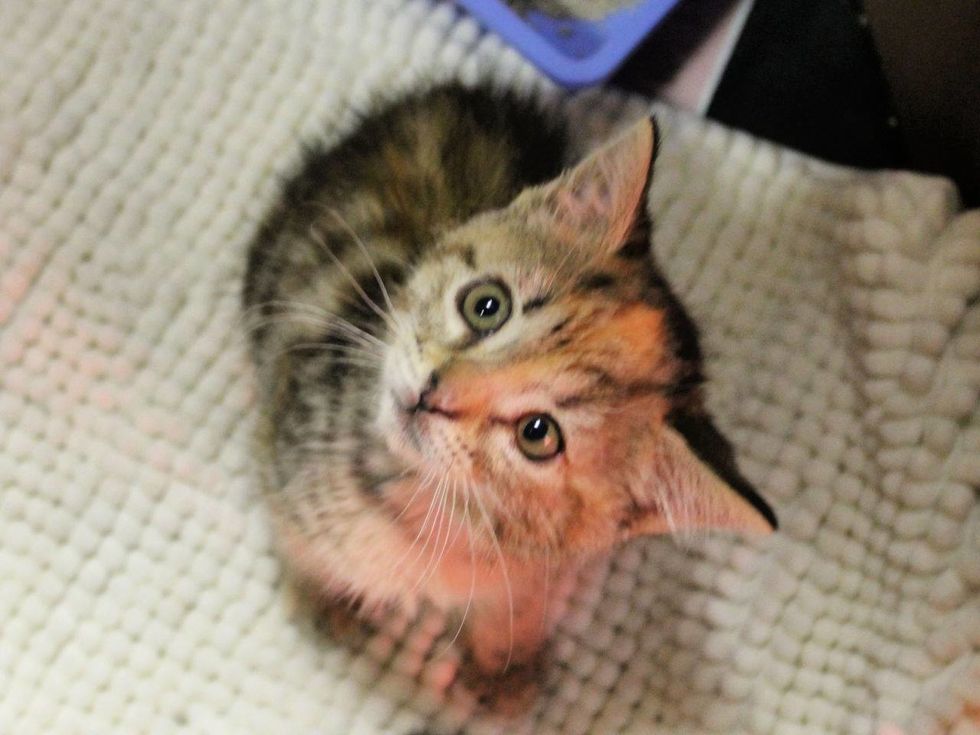 Over the next three weeks, Tippy gained in size and strength. Gradually, she grew into her head tilt — it is not as noticeable as before and she no longer falls over because of it.

"Tippy is perfect in every way and she has always had the sweetest disposition and loves other cats," Toni told Love Meow. 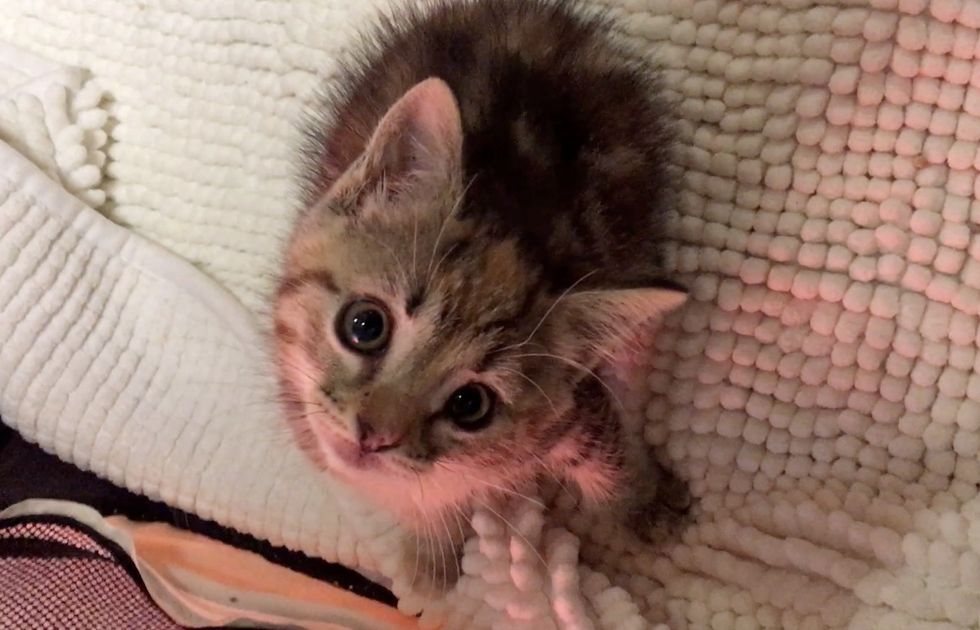 The kitty may tilt her head slightly for the rest of her life, but that doesn't affect her quality of life nor stop her from doing what she loves.

She plays hard and naps even harder. Other kittens in foster care have become her new siblings. She likes to nuzzle up to them when they nap together in a cuddle puddle. 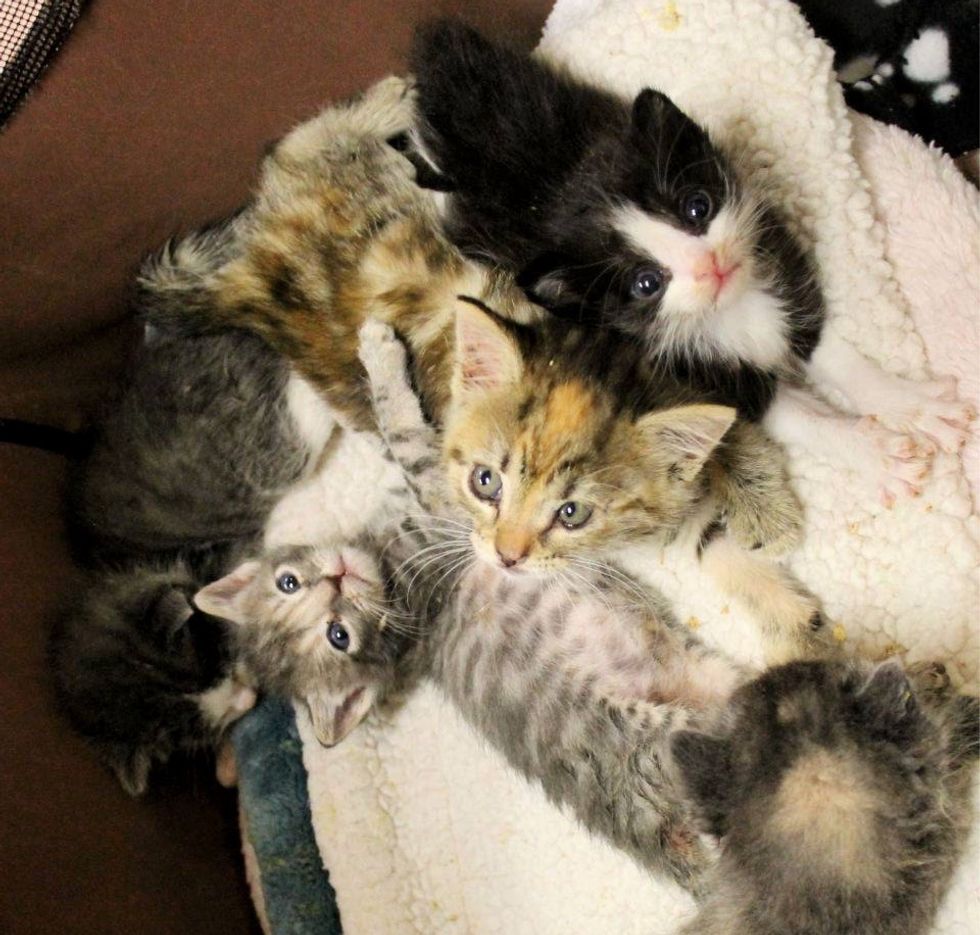 Tippy who came as a singleton with a head tilt, will never be alone any more. "She is just about to be big enough for adoption and needs another kitten to share a home with," Toni added.

Watch Tippy in this cute video:

The tortie girl insists on tagging along with other kittens wherever they go, so she will always have someone there for her to lean on. 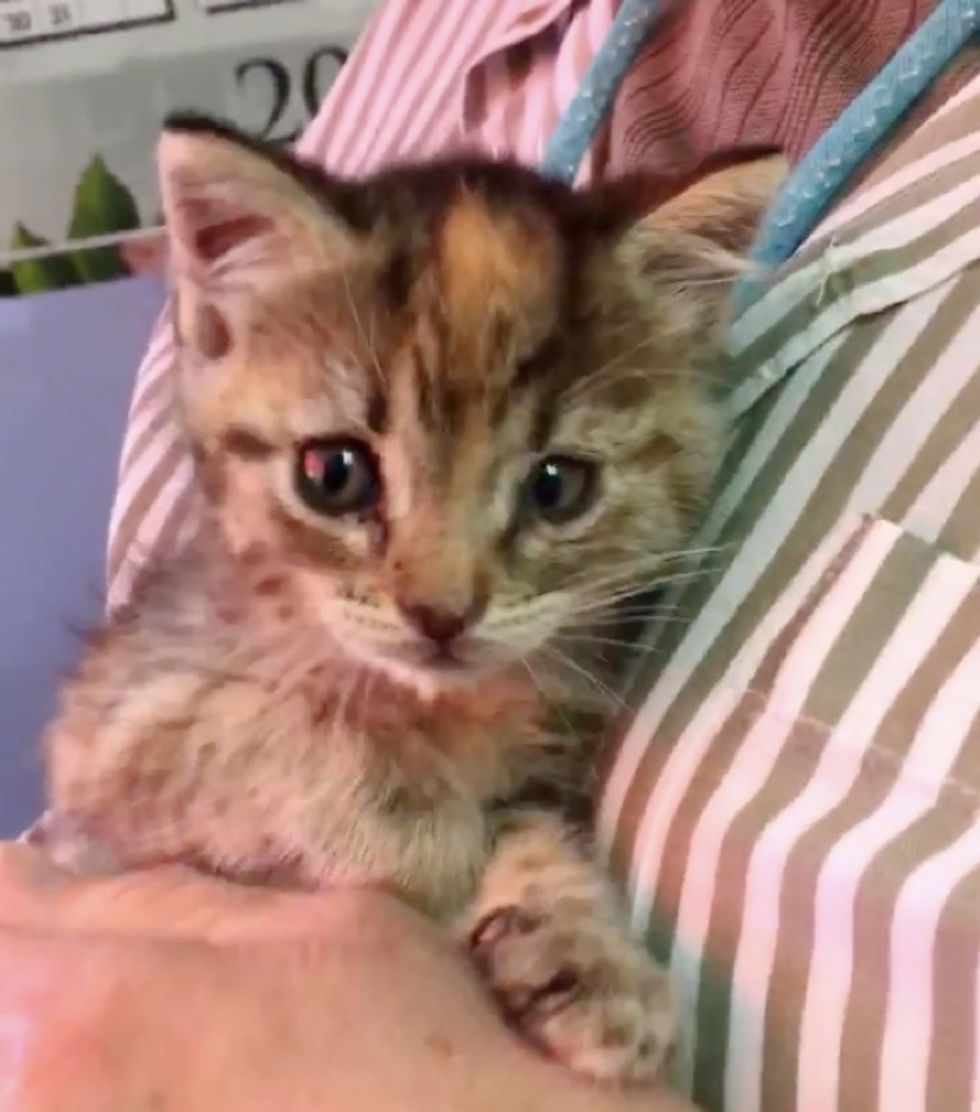