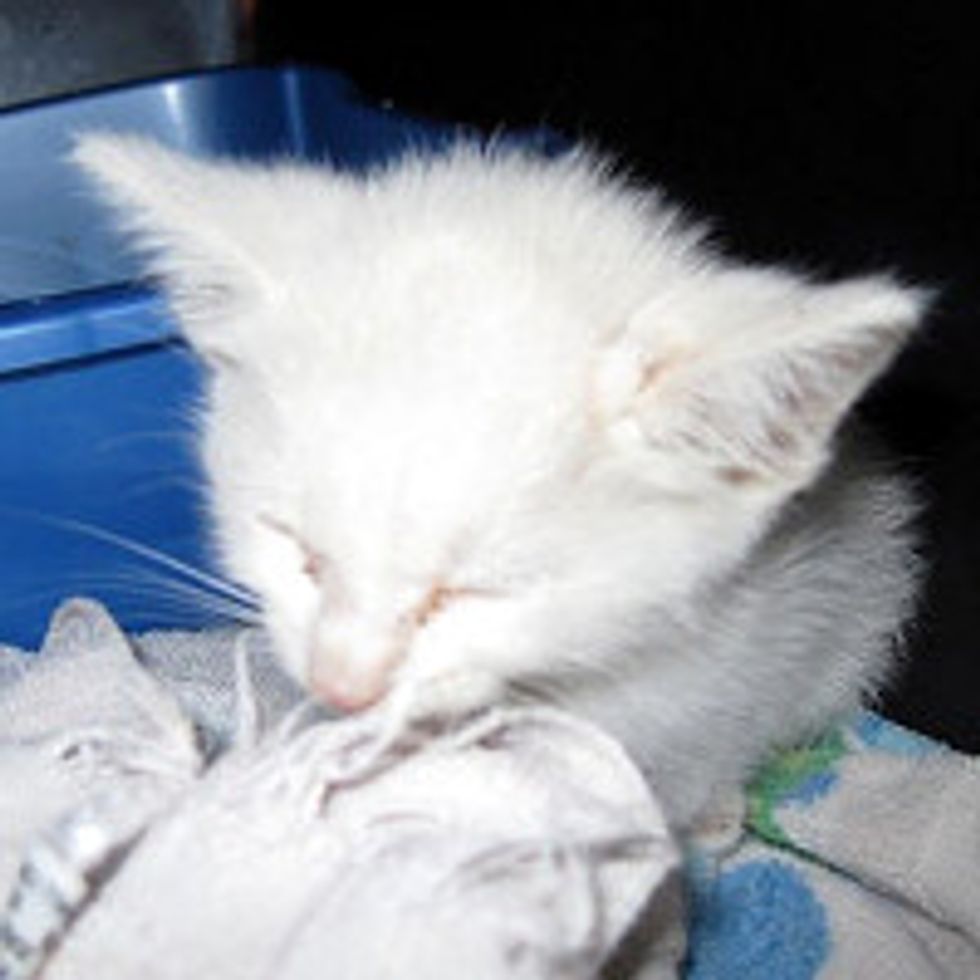 Kitten Saved from the Middle of a Busy Road, Now Thrives

Bacon the kitten is a little survivor. This is a story of his amazing resilience.

"We received Bacon when he was barely 5 weeks old. He was picked up right out of the middle of a busy street. Our neighbor who delivers the newspaper brought him to us. We took him to the vet and learned he had two messed up hips, one worse than the other,"  said Angel Dawn, Bacon's human mom.

However, little Bacon never let that stop him. "He didn’t walk very well but learned to stand. Then he learned to hop and finally started walking pretty good as he got older.  His hips curve inward but he has managed well and walks and runs just like any other cat. Now Bacon just sits around and begs for food. His only other issue is that he has an eating problem. He eats everything insight and will even steel food even after his belly is full," Angel added.

"Bacon is a little over a year old and is the largest cat I have." He went from being abandoned as a very small kitten to a happy and content cat without a single worry in the world.

Bacon snuggles with Maggie the dog for some motherly love

Stretchhhh. He thinks he is the boss.

Bacon today. All grown up! This is him watching TV.