Five kittens were rescued from a storm drain — one of them was just half the size of his siblings. 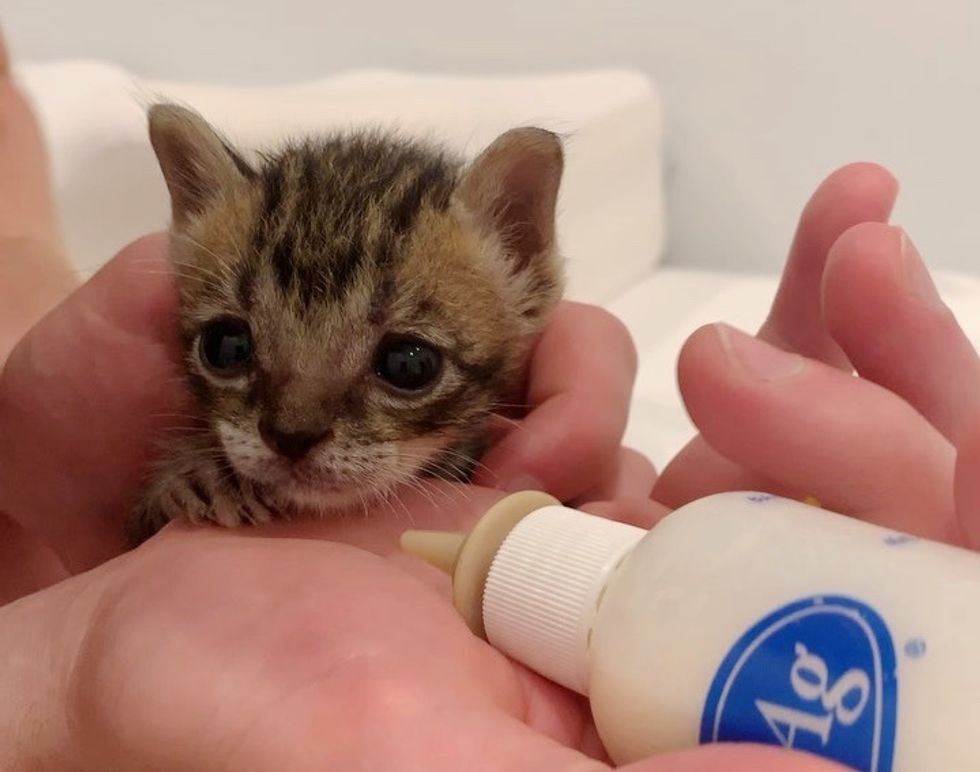 Jess Thoren, a volunteer of Animal Care Centers of NYC, was contacted about a litter of kittens in desperate need of a foster home. "They were found in a storm drain on Staten Island without their momma," Jess shared with Love Meow.

At two weeks old, the tiniest tabby was much weaker and weighed only 122 grams whereas his litter mates were about 100 grams more.

The prospect of the kitten was not good, and Jess was told that he might not survive. Despite it all, she took the family of five home and stayed up all night, trying to keep the little runt alive. 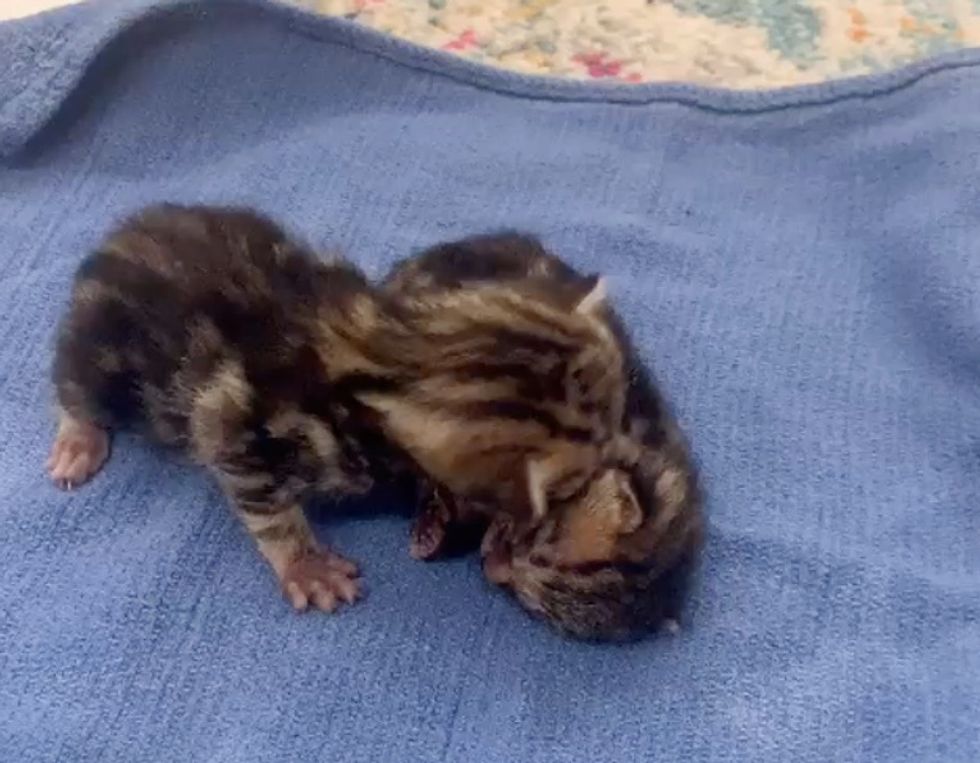 She had to tube-feed the kitten around the clock for a few days while keeping him hydrated and warm at all times. The little guy finally perked up one morning and things began to look up.

As soon as he got his energy and voice back, he was meowing nonstop for food when Jess entered the room. Over the next few days, the tiny tiger (named Henry) put on weight and gained a lot of strength. 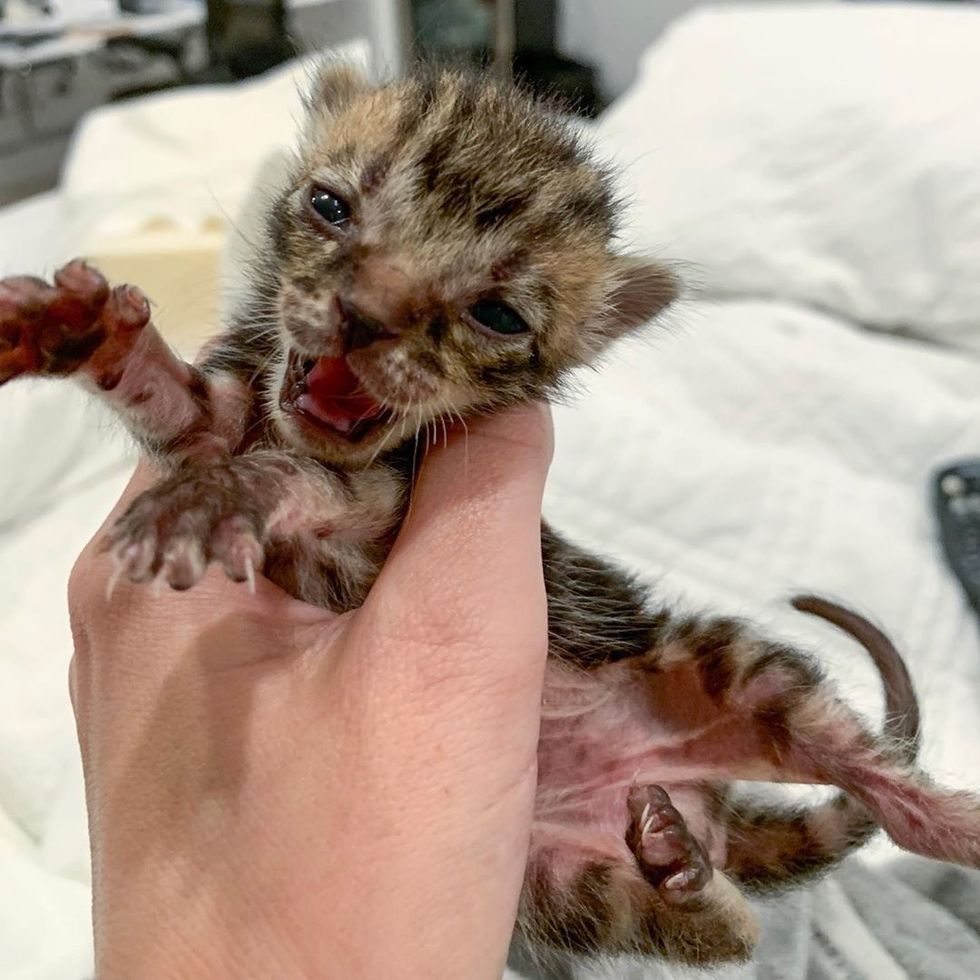 Despite being a few steps behind his siblings, he is very determined and tries his hardest to catch up.

"Henry is still not as coordinated as his siblings and is definitely a late bloomer but he's getting there," Jess told Love Meow. 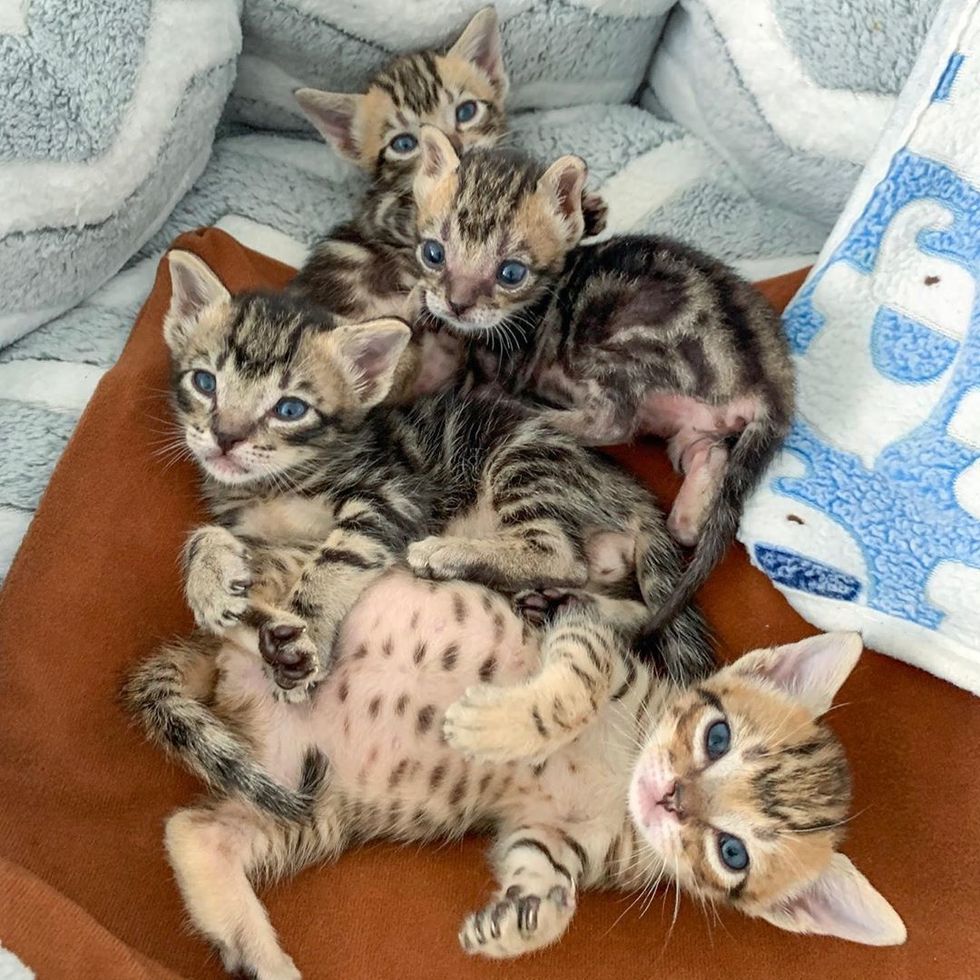 The tabby boy has grown to be quite the chatterbox, voicing his many opinions and demanding attention and cuddles from his foster parents.

What he lacks in size, he surely makes up for in personality. 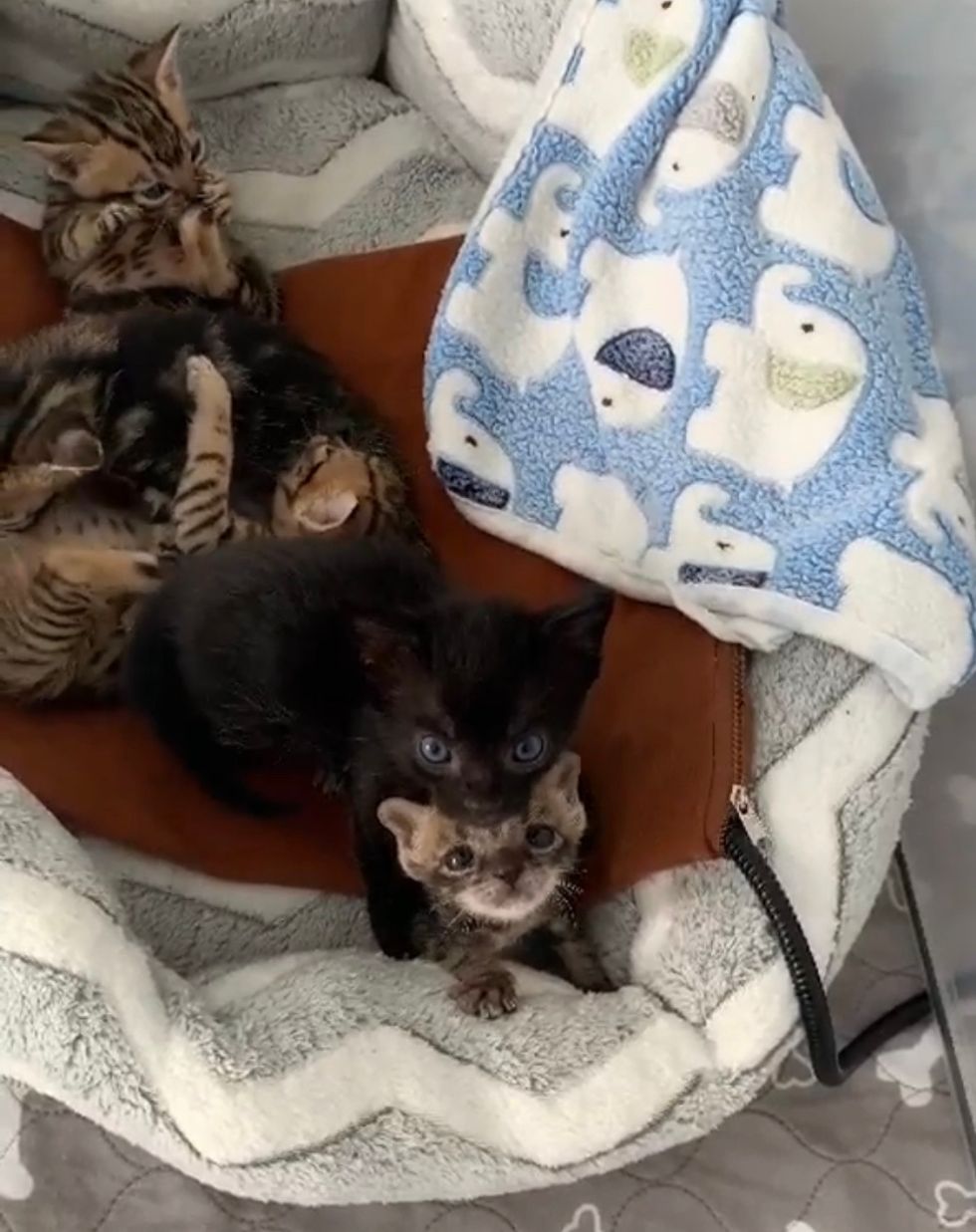 "He's very vocal especially when he wants food. He purrs and cuddles and will just fall asleep on my lap. He also loves when he gets his ears scratched," Jess added.

Watch little Henry and his journey in this video:

Henry the kitten and his siblings - foster journey youtu.be

"Henry is learning how to play even though he's still a little wobbly at times. He is a good sport and tries to play with his siblings (who are a lot bigger and rougher than he is)." 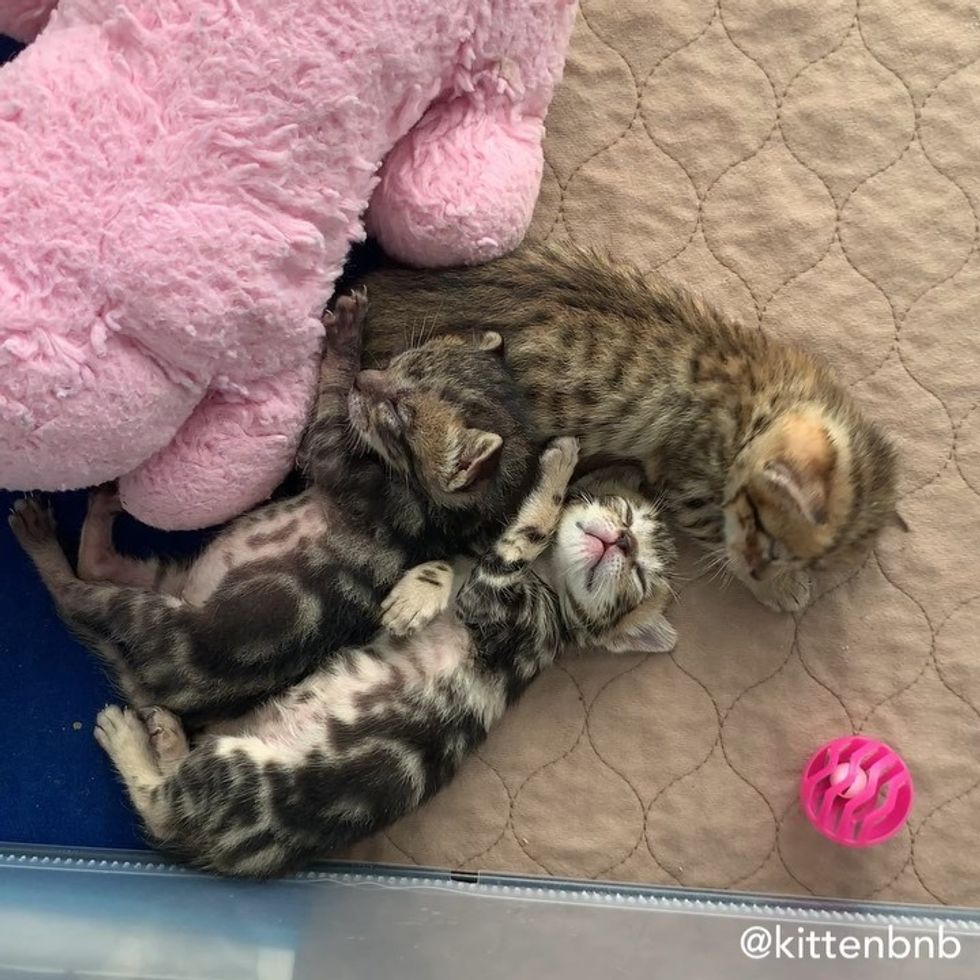 It's been a little over three weeks since Henry and his siblings were rescued. "When I picked him up from the shelter they told me he was probably not going to make it," Jess said.

"After a bunch of sleepless nights, a new skill learned (tube feeding) and lots of love, Henry has reached the one pound mark! I'm a proud foster mama." 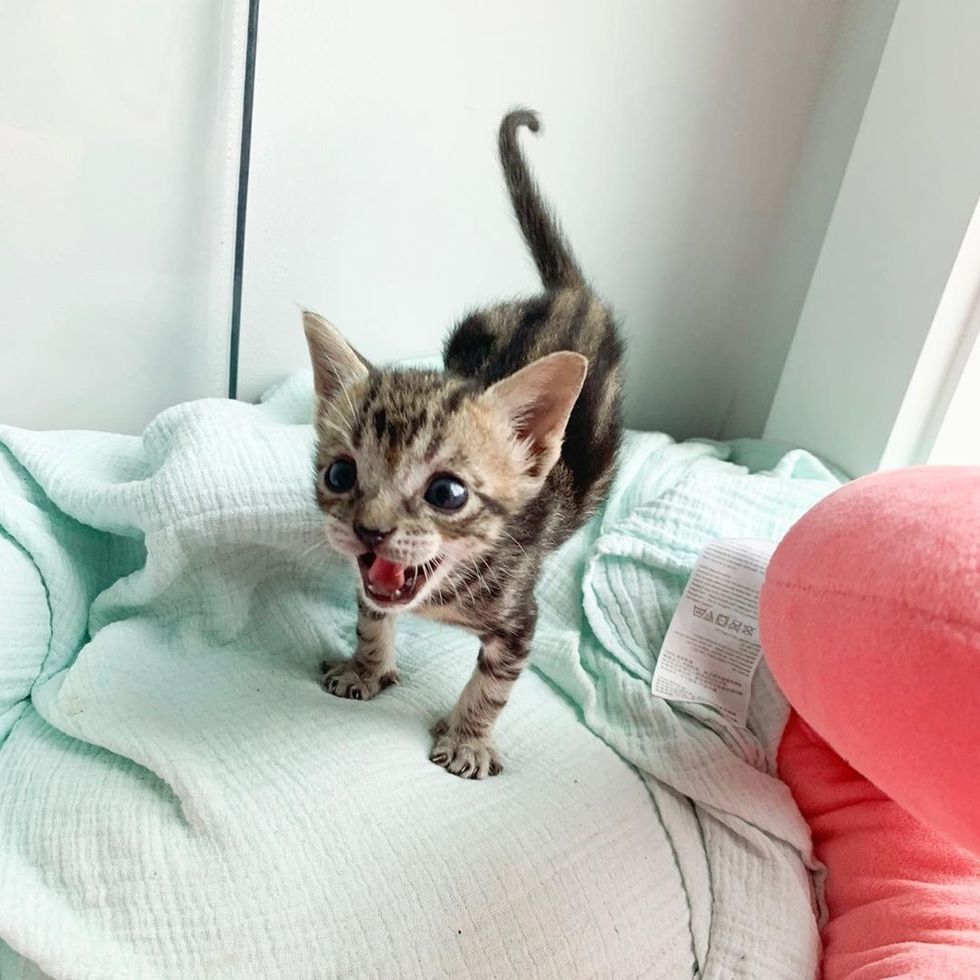