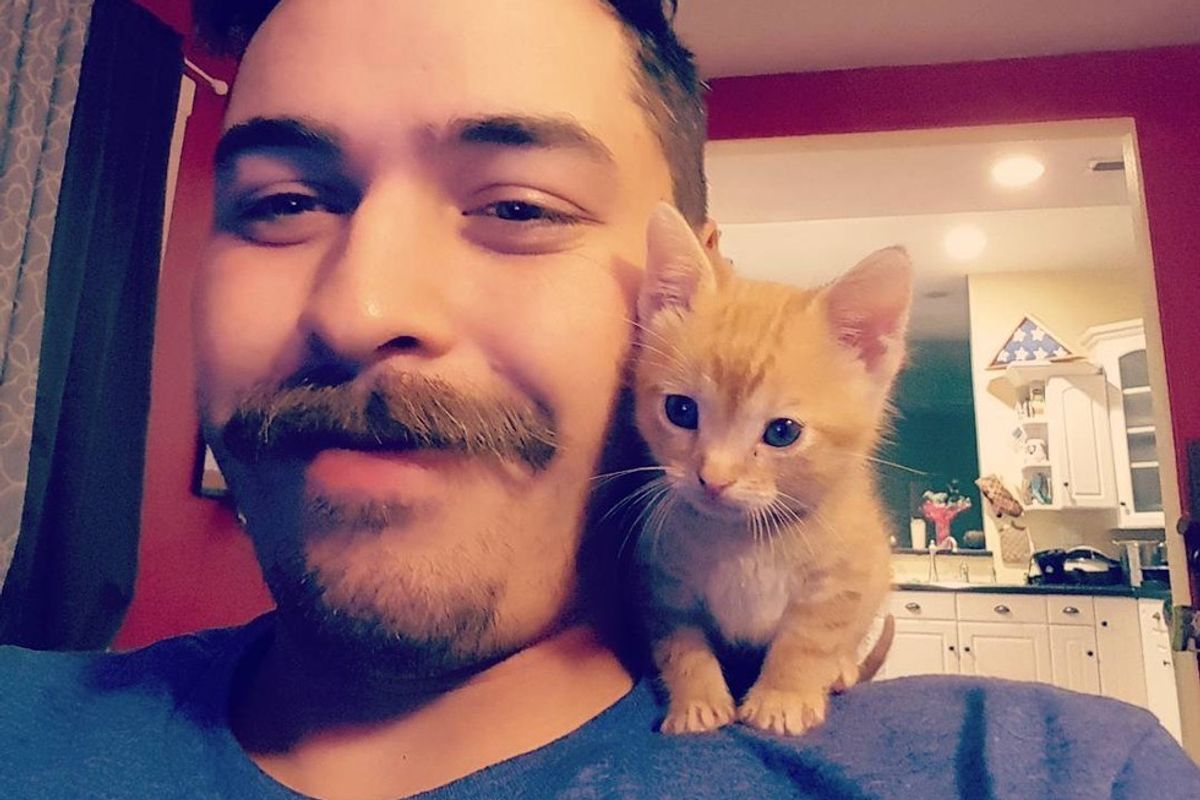 Man Saves a Tiny Kitten who Becomes His Purrfect Partner

A tiny rescued kitten found his way onto a man's shoulder and decided he would be his partner for life.

The kitty has gotten so much bigger now!

Meet Squirt the cat and his human Cody. 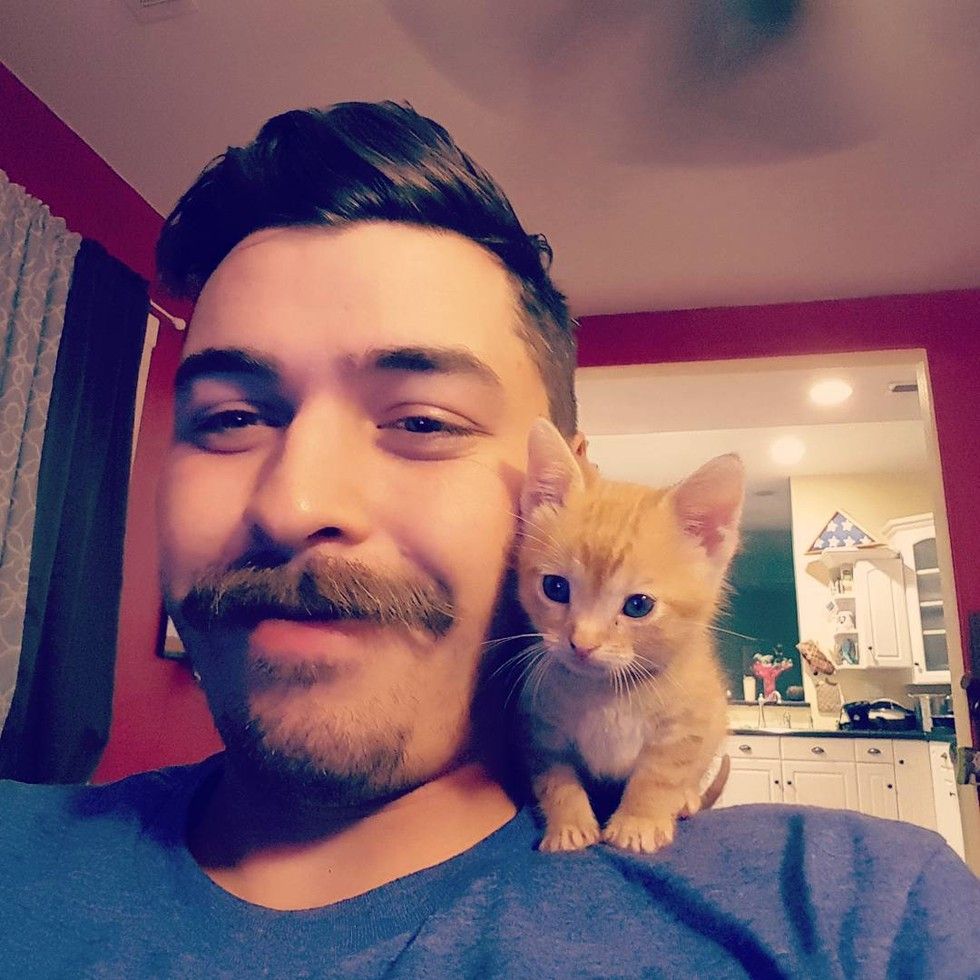 Back in May, a tiny ginger kitten found his forever human after he was rescued from the dumpster on a rainy day.

"Some other officers found Squirt and knew I had a nursing cat (named Toothless) at home," Officer Cody Garrett said. "I went ahead and took Squirt in. Toothless took to Squirt very well."

On the day they met each other. Squirt snuggled up to Cody on his shoulder for some much-need TLC. 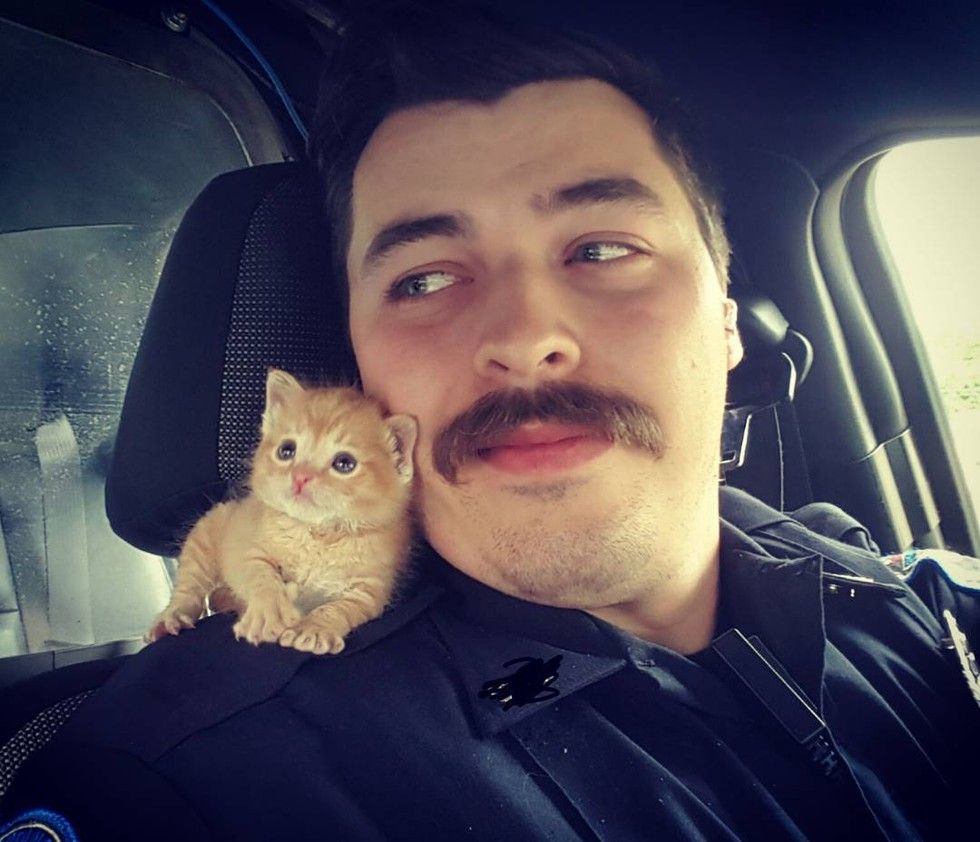 Cody has several animals in the house and they are all rescues.

"Toothless is all strung out on the catnip I gave her for being such an awesome mom," Cody said. "Squirt and Keanu are pretty happy though." 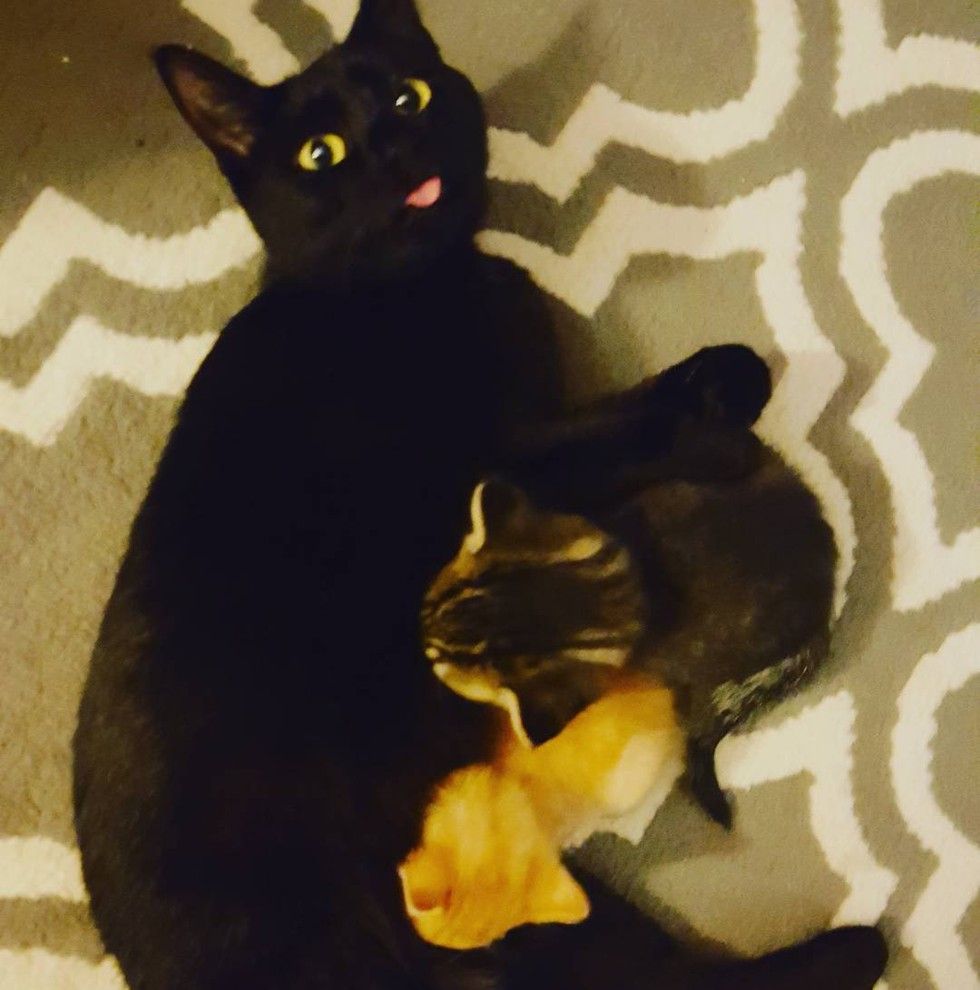 Squirt getting bigger and more playful each day. 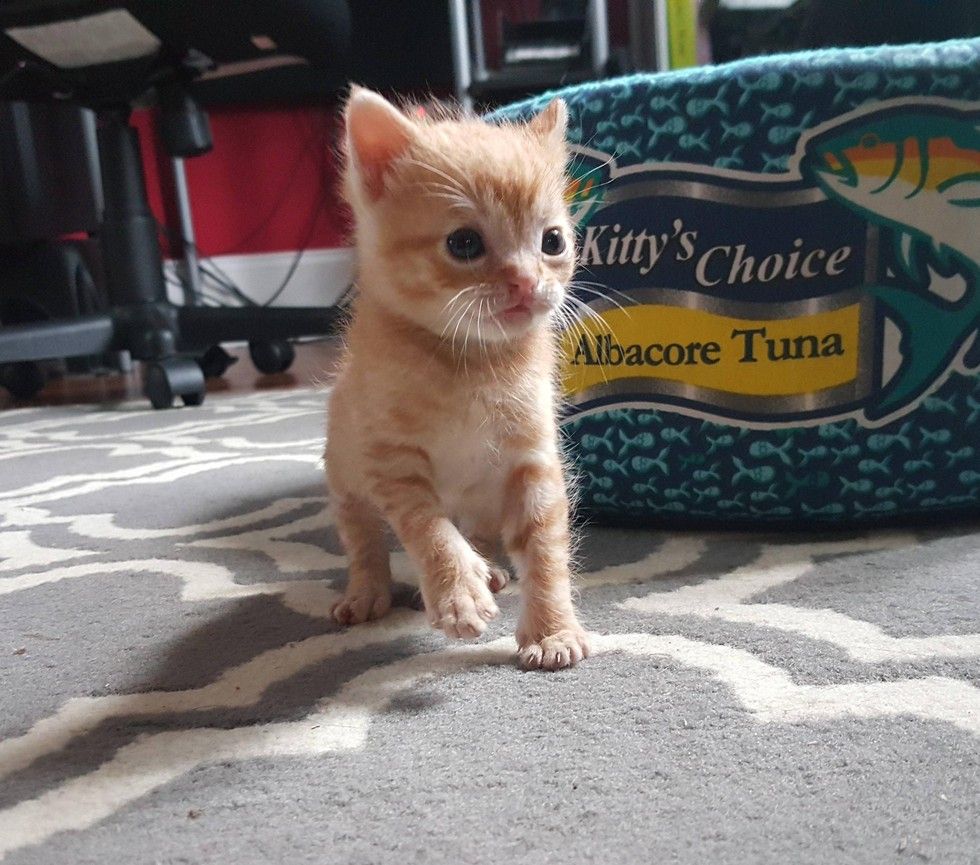 He loves to curl up in a ball and nap in his human's lap. 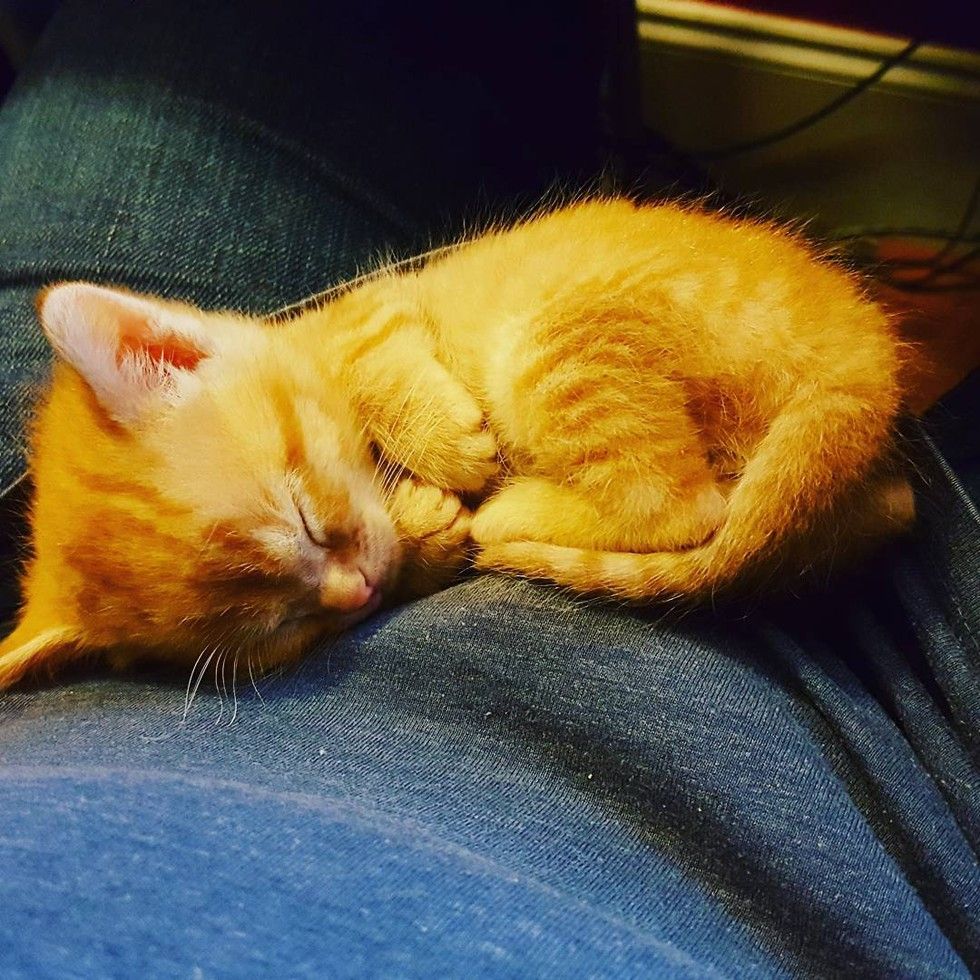 But whenever Cody isn't looking, he will hop onto his seat and claim it as his own. 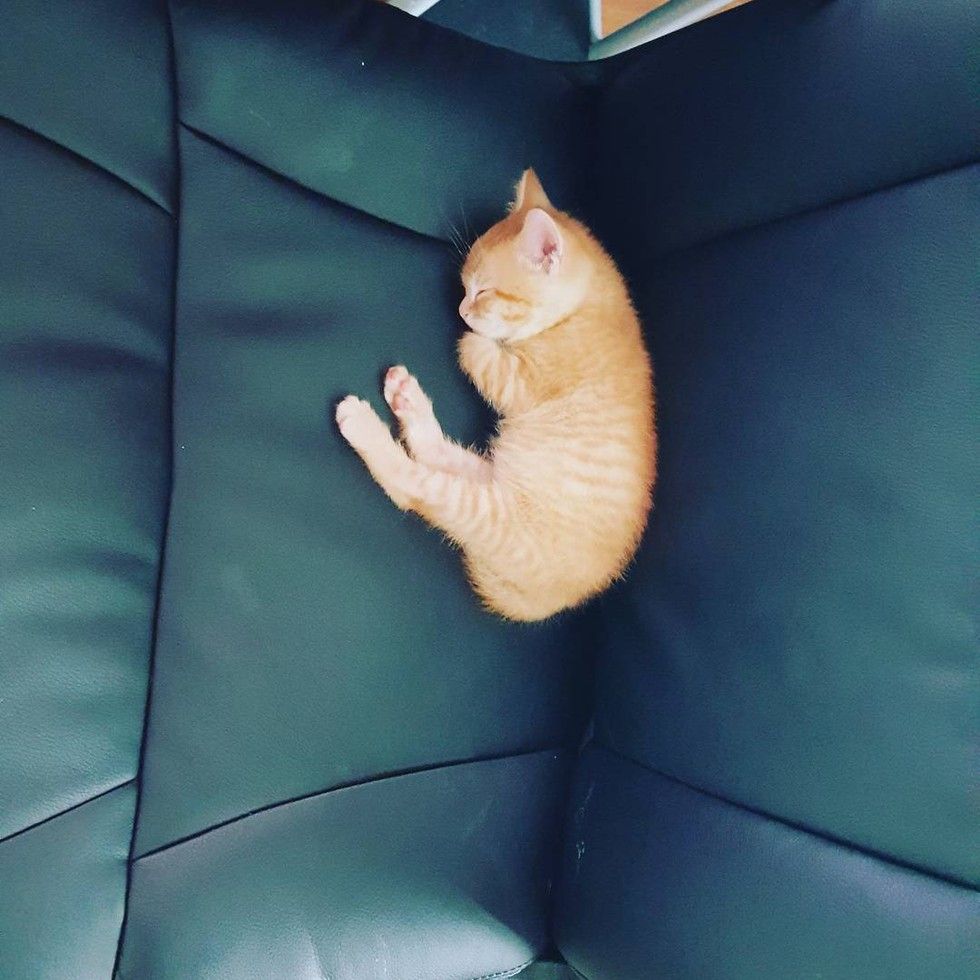 Squirt on day one vs. last week. 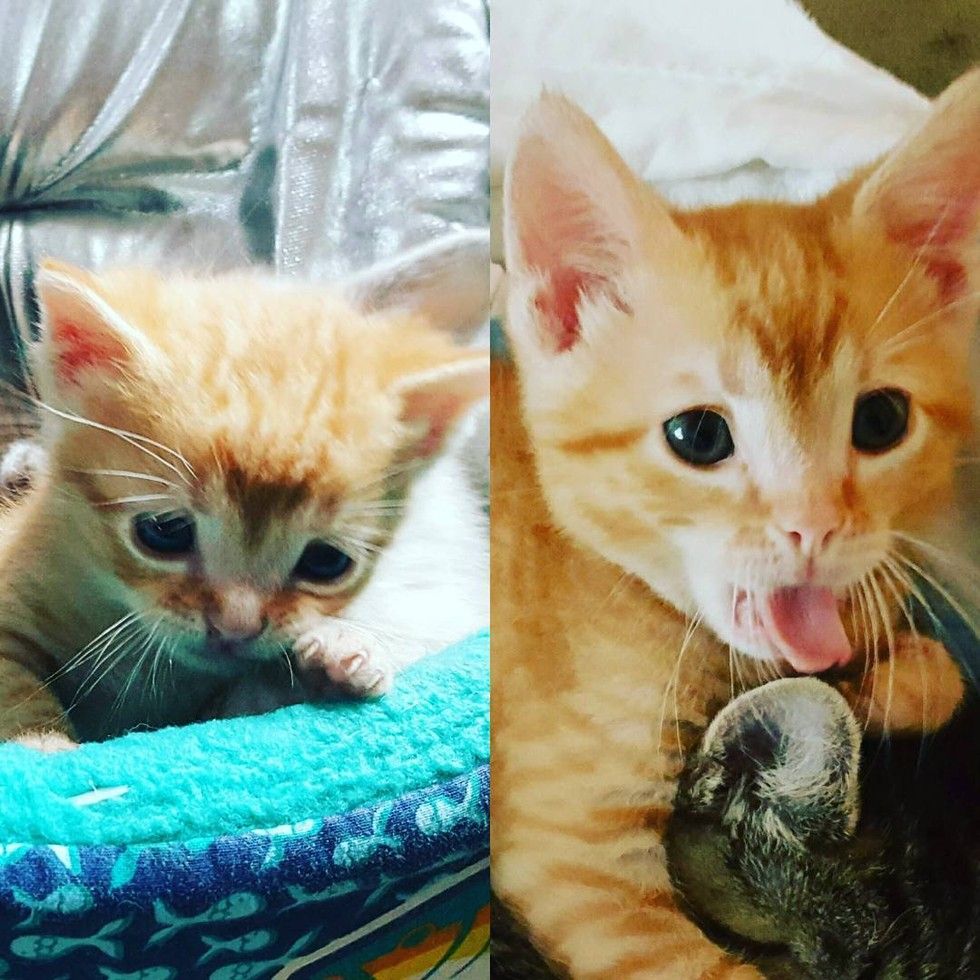 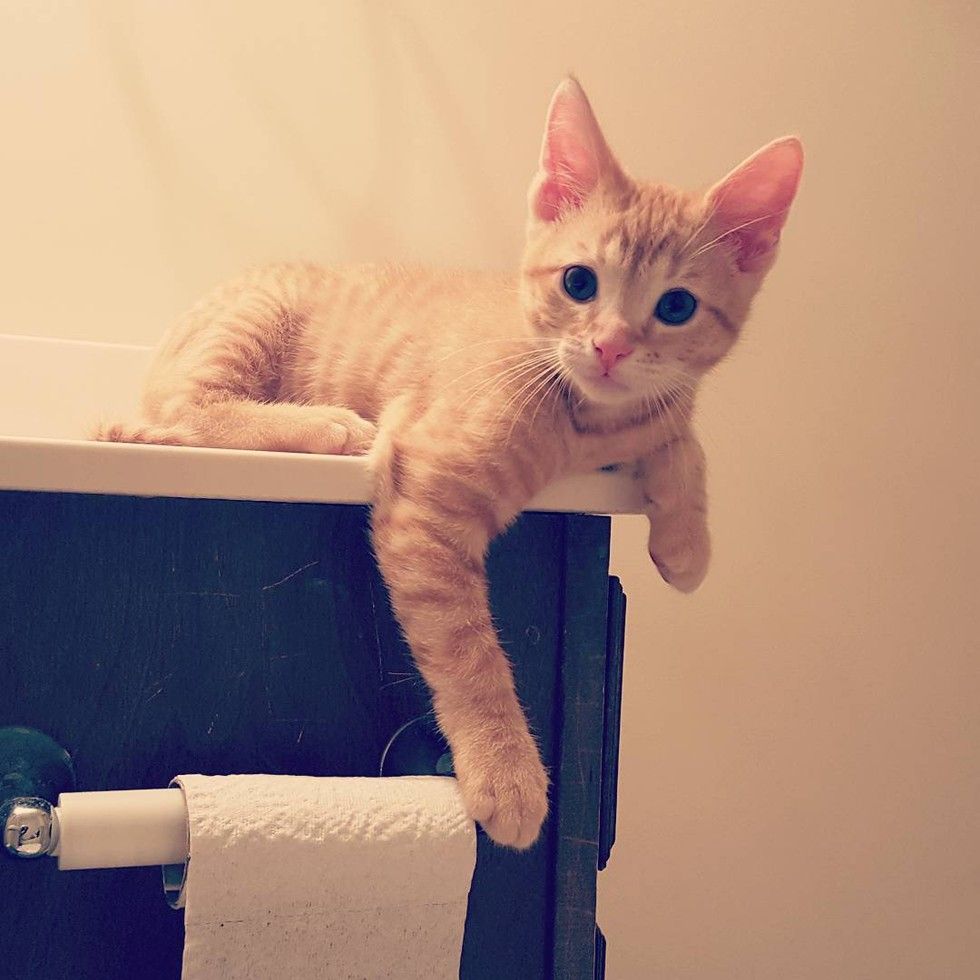 Related story: Police Officer Runs into Traffic to Save Kitten from Being Run Over