2 Kittens Who Were Found Abandoned, Survive All Odds Even Though No One Expected Them to

Two tiny ginger kittens that no one expected to survive, have beat the odds.

Pippi and Dexter were found abandoned along with their three ginger siblings. They were taken to Bottle Baby Fosters in Phoenix, Arizona after they were rescued at less than a day old. Soon they discovered why their cat mama might have left them behind. 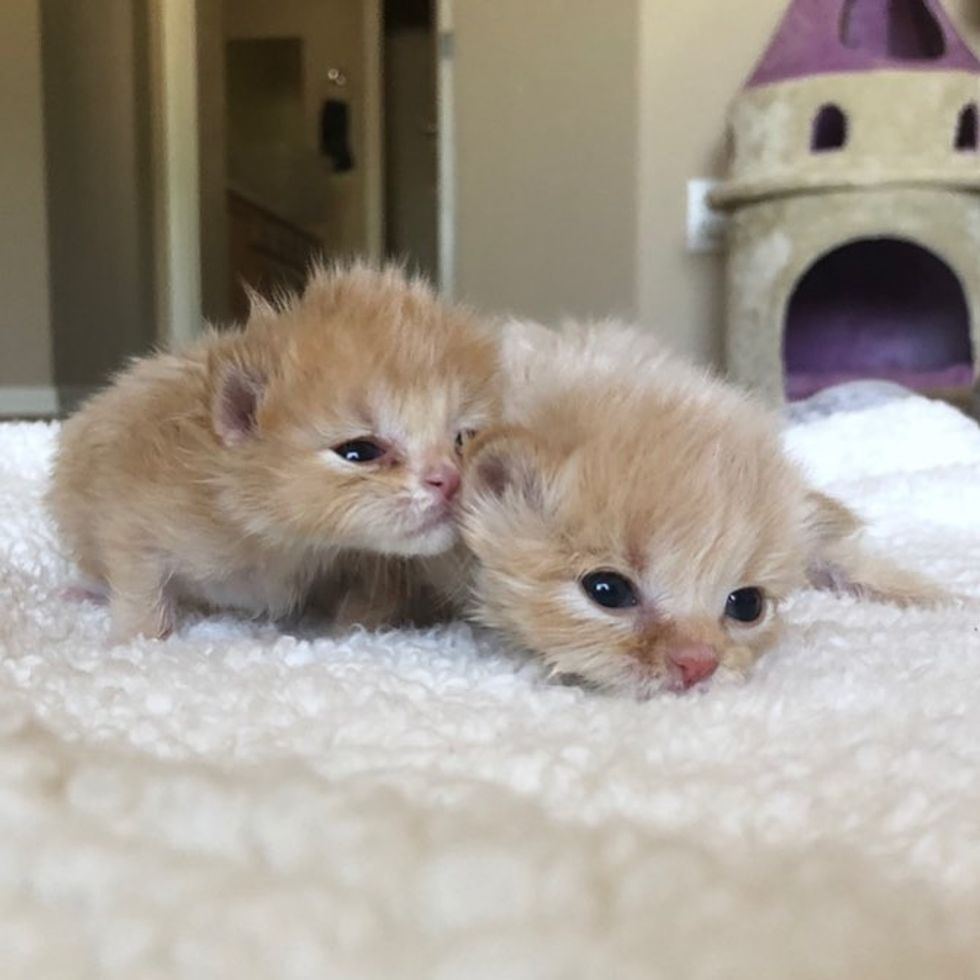 "They were diagnosed with panleukopenia that was likely from their mom and that's what caused her to abandon them," Melinda Blain told Love Meow.

Feline panleukopenia virus is often lethal in kittens. Melinda was not sure if any of the kittens would survive but she had made up her mind to do whatever it took to help them.

"Unfortunately, three of them weren't strong enough to make it," Melinda added. 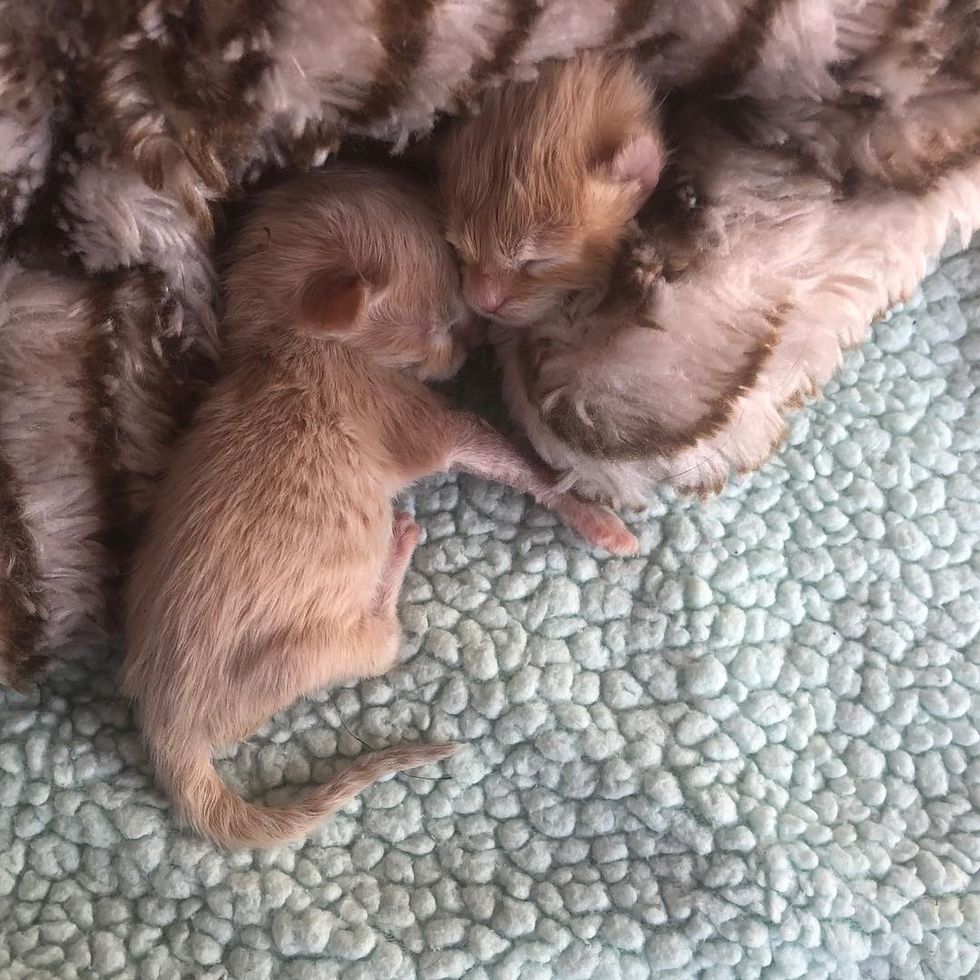 Pippi and Dexter, the two remaining gingers, were fighting hard to live. The brother and sister pair continued to eat despite having no appetite and being in a lot of pain. Melinda tube-fed them around the clock, kept them warm and cheered them on with a lot of snuggles.

"They had a tremendous will to live! Pippi was the runt of the litter and was the strongest fighter and Dexter has always been a total sweetheart," Melinda told Love Meow. 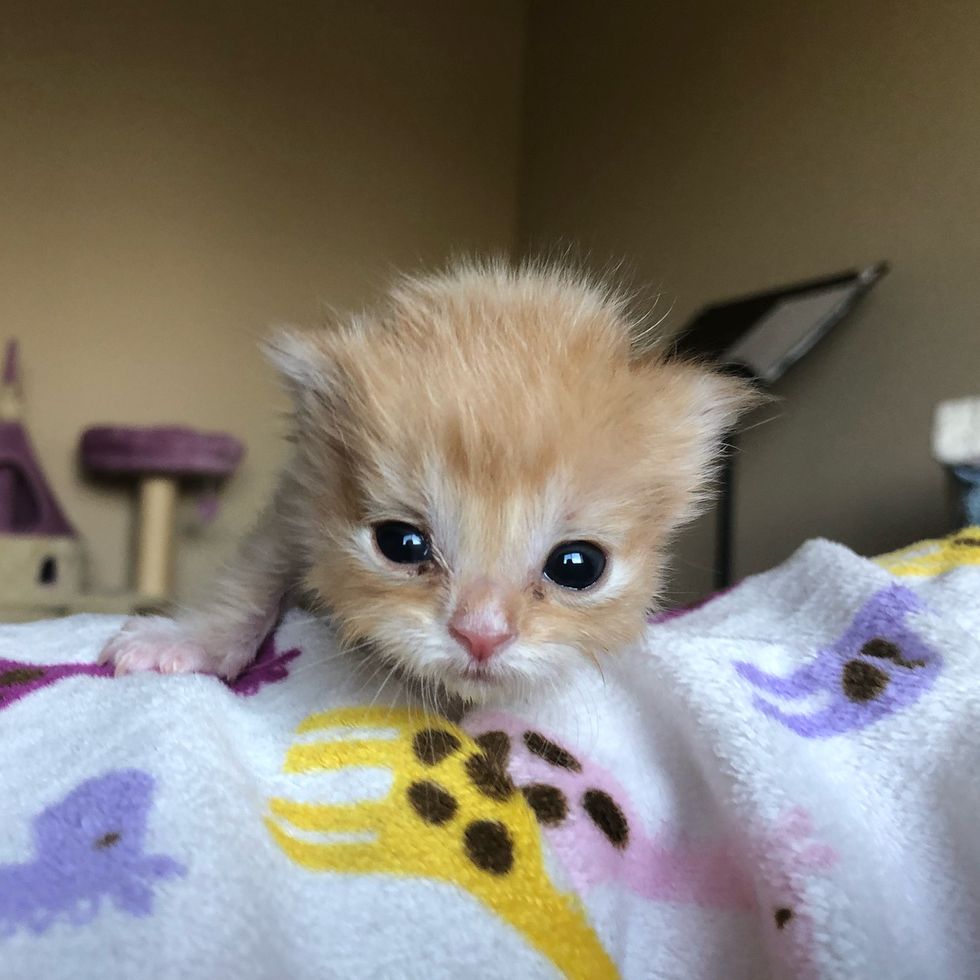 "I could tell that they were going to be all right once they started purring again and exploring their surroundings, and it was about two weeks after their initial diagnosis."

Melinda had to continue tube feeding Pippi while Dexter moved onto feeding off a bottle. 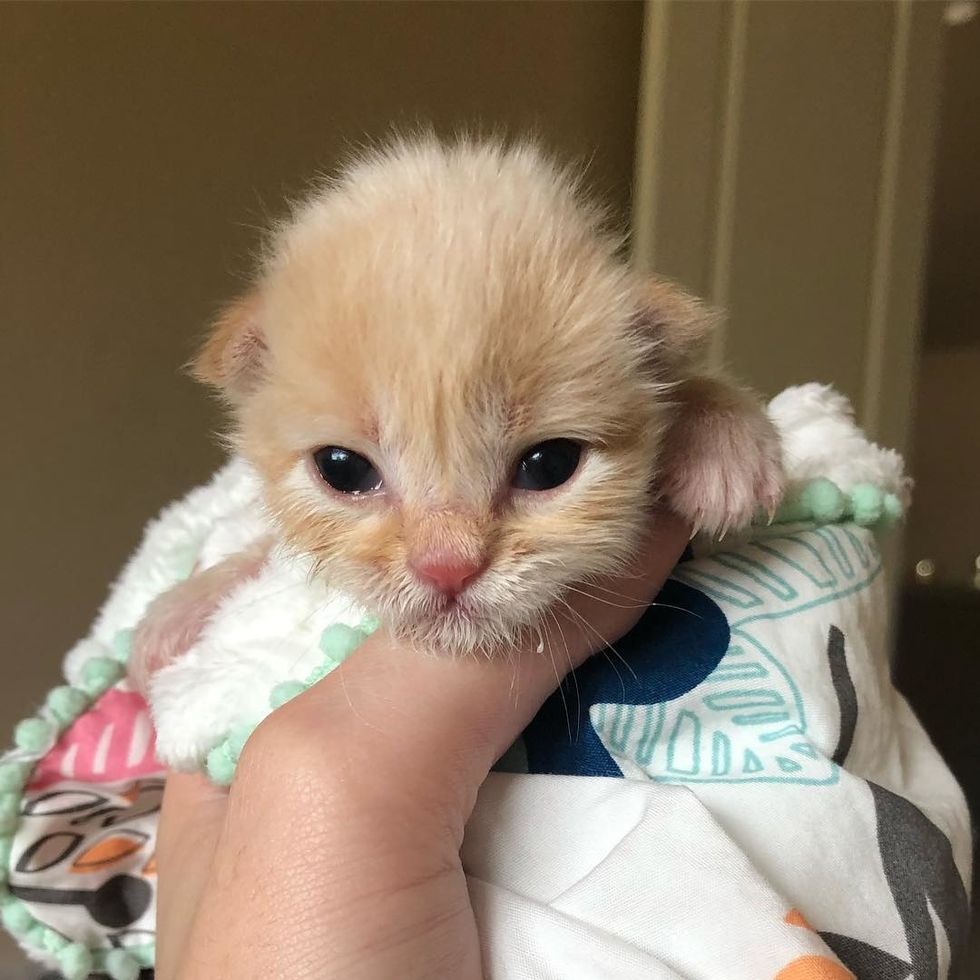 Pippi is a playful little girl who is adventurous and loves exploring. Dexter is the cutest little biscuit maker and purr machine.

"Dexter is the biggest baby of the gingers and has the strongest appetite. He also is the purriest after food time and loves snuggles."

Little Pippi is getting stronger every day. 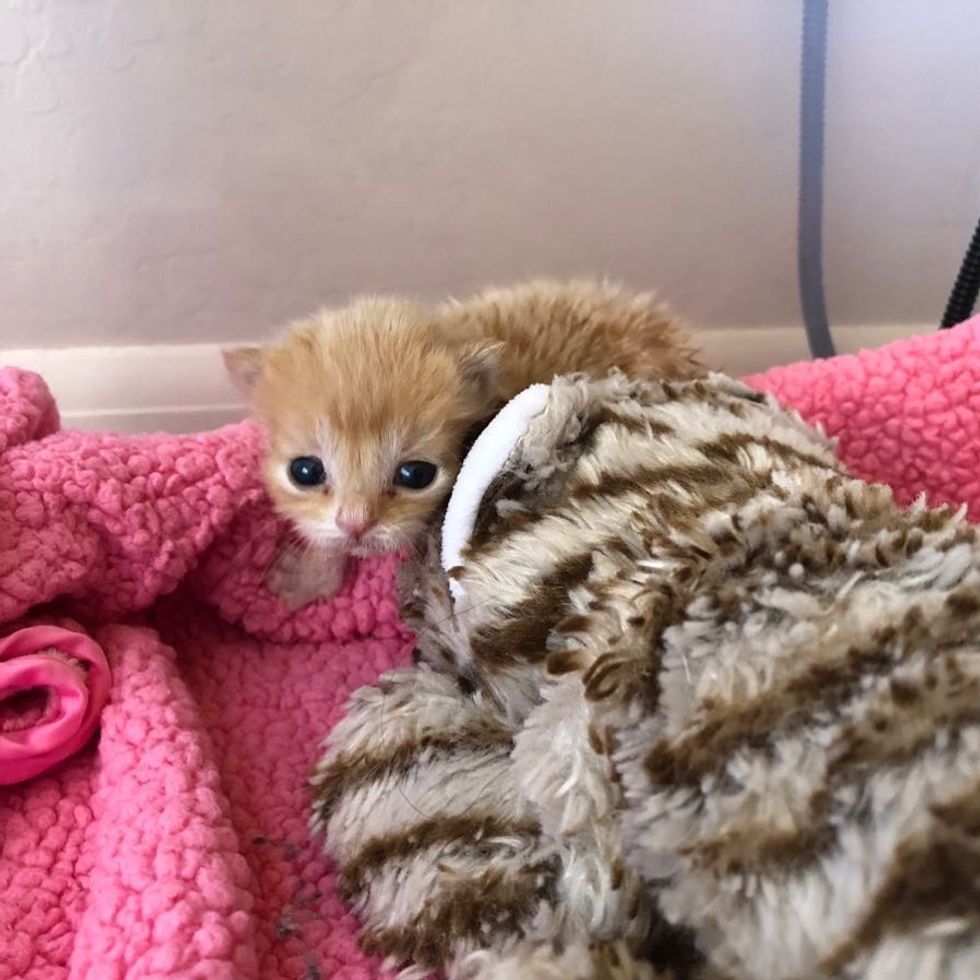 "She is totally off the tube now as well and has perfect poop. Pippi was always the smallest and weakest of the gingers, but she has done an amazing job of fighting panleuk and is through the worst of it." 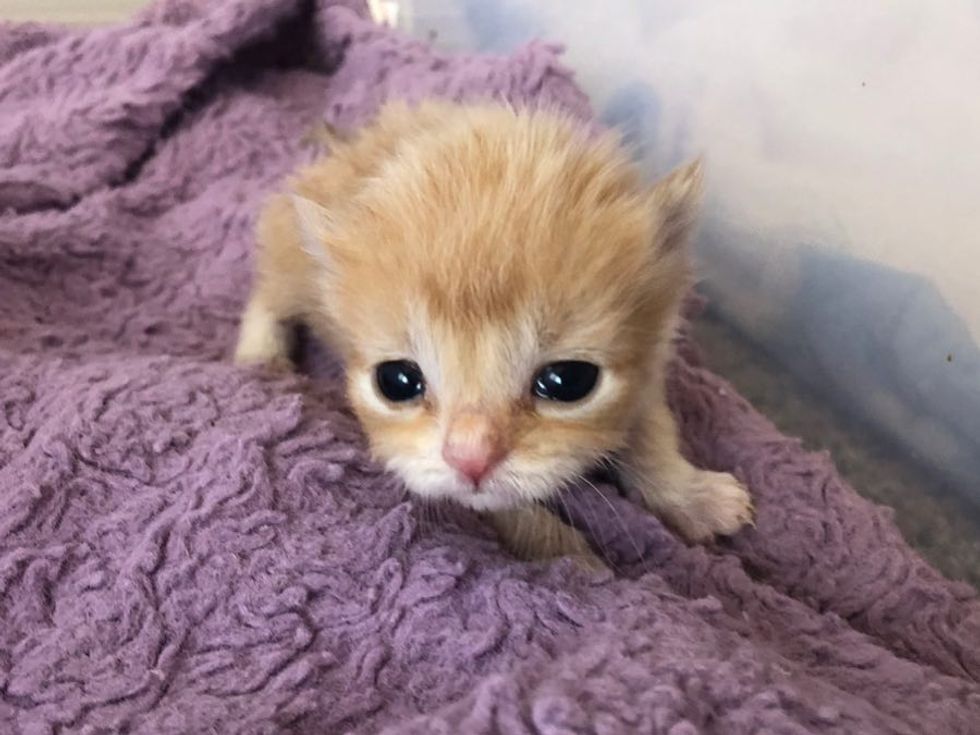 "They're super sweet with each other and they are going to be adopted together once they're ready!"

No one expected them to pull through but they did with sheer will and a lot of purr power. Pippi and Dexter are now learning to crawl and can't wait to be on their feet running and scampering across the room like other kitties. 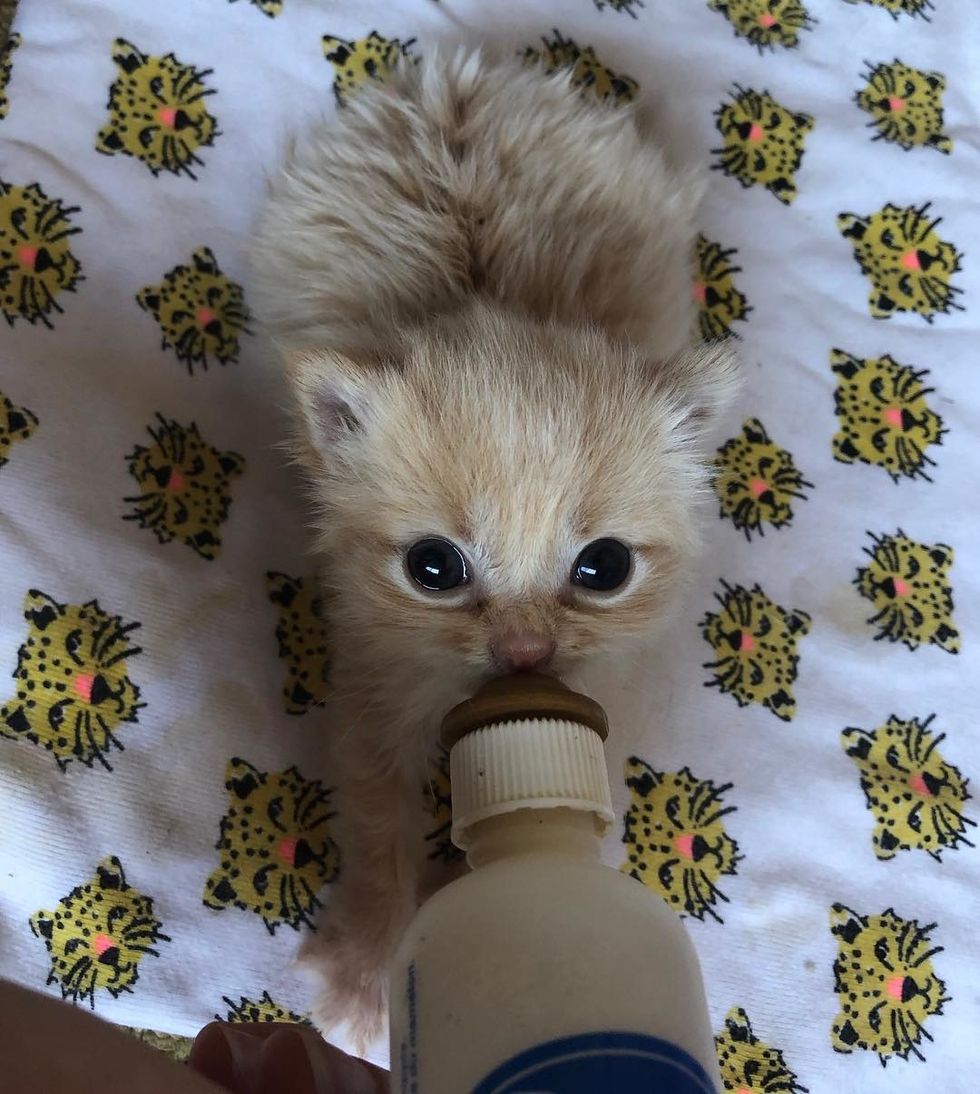 Dexter taking on the bottle like a champMelinda Blain @bottlebabyfosters

They have been by each other's side throughout the journey.

The two little fighters have conquered the hardest challenge for a kitten their age. They are tiny but mighty! 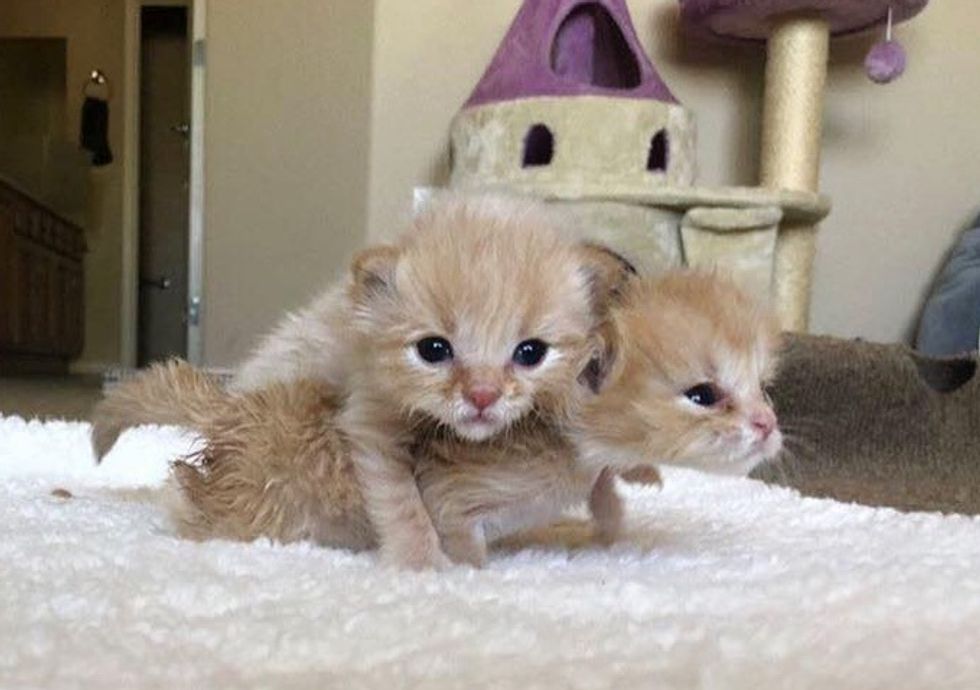 Related story: Kitten Abandoned in Shed Gets Help to See and Gives Everyone Cuddles