Two kittens whose eyes just opened, were found at the bottom of a full dumpster in Los Angeles. When the rescuers from Specialized Mobile Animal Rescue Team were called, they sprang into action. 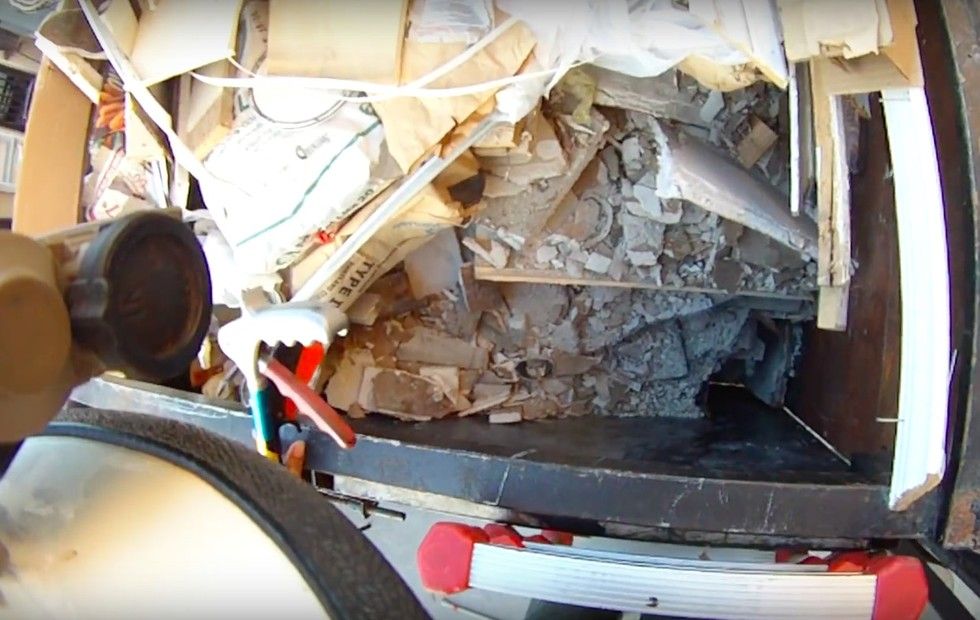 "Nav and Nett headed out to the Valley and discovered a fully loaded trash dumpster at an apartment complex. The complex was remodeling a unit and left behind a locked stacked to the top with debris dumpster," SMARTs said.

They could hear the meowing from the bottom inside but only one kitten could be seen from the top. They were worried if opening the dumpster would cause the debris to fall on the kittens.

The SMARTs rescuers used micro cameras on a long pole to pinpoint the location of the kittens. 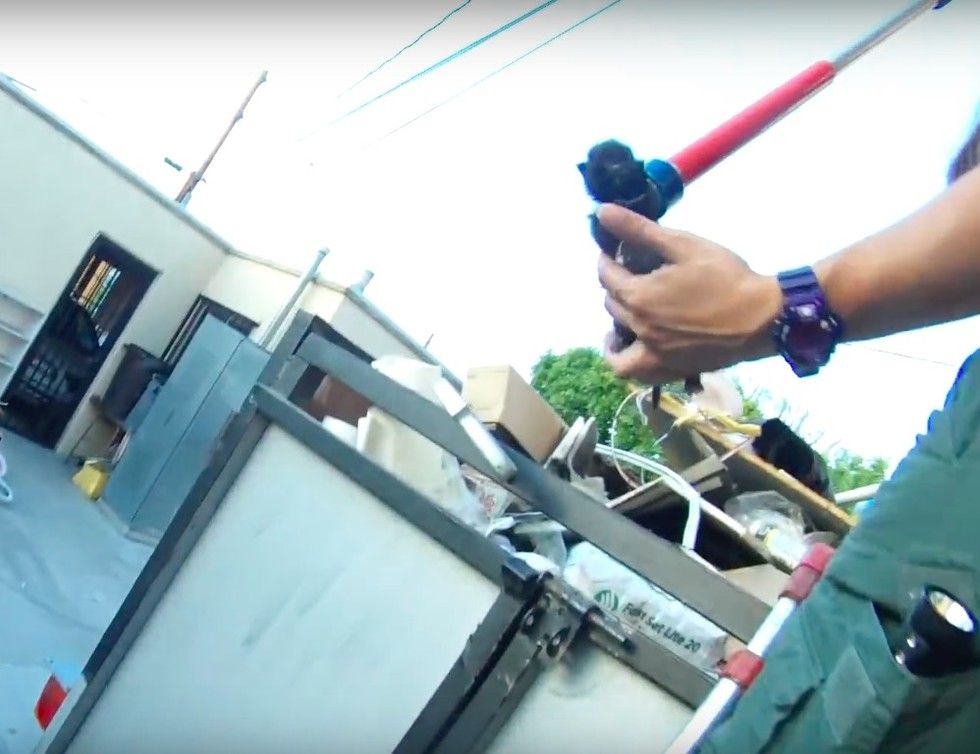 Once they knew the exact spot the black kitten was, they used another long pole with a looped rope to safely pick up the tiny feline and pull him out of the dumpster. The kitten was then transferred into the safe hands of another rescuer. 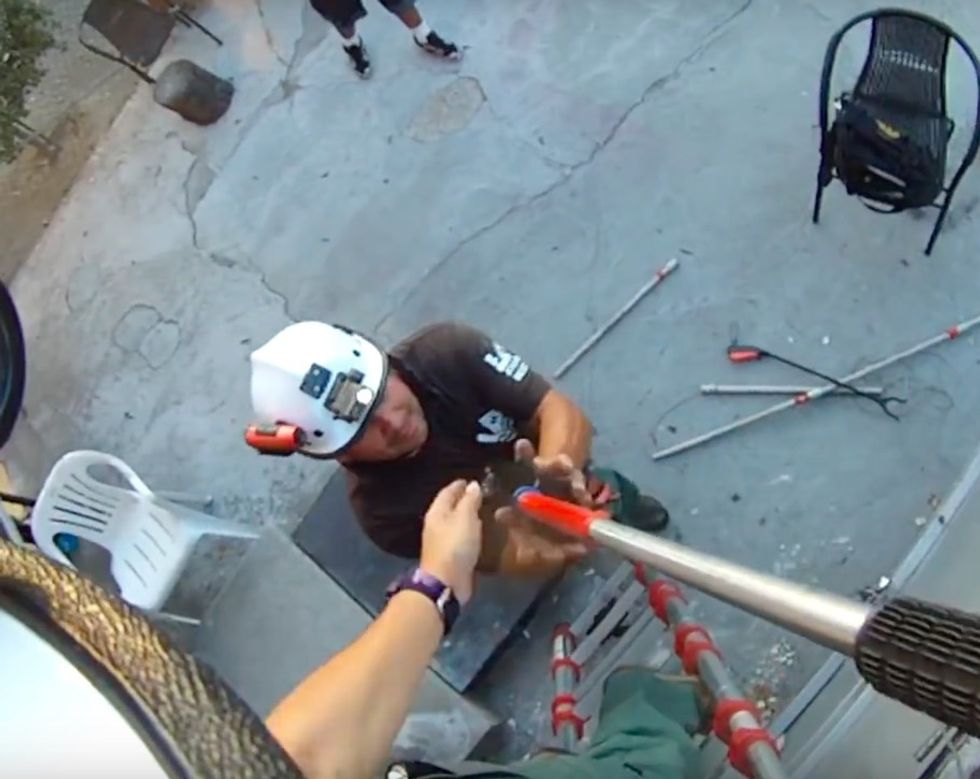 However, the black and white kitten was in a much tricker spot, and the rescuers had to take a different approach to save the kitten. 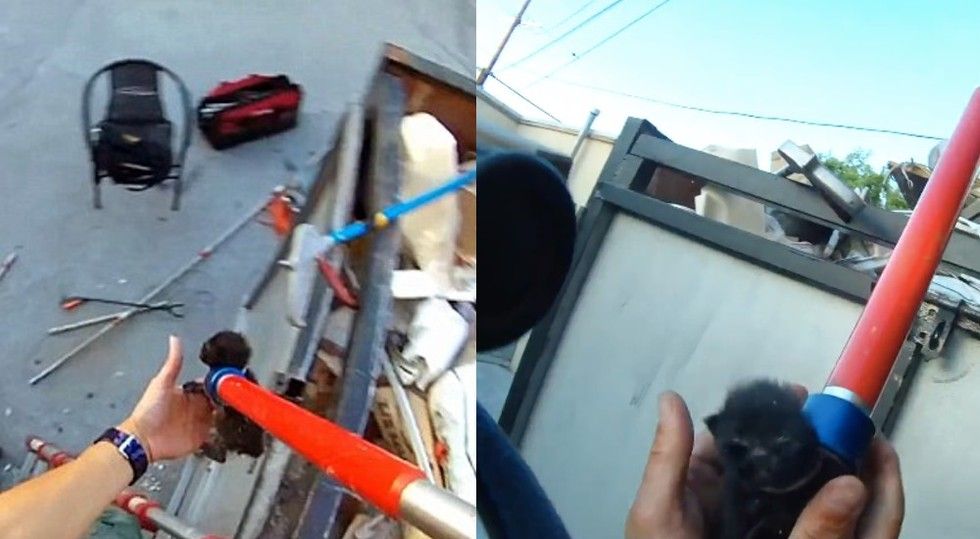 They studied the whereabouts of the kitten and came up with a plan to rescue him. 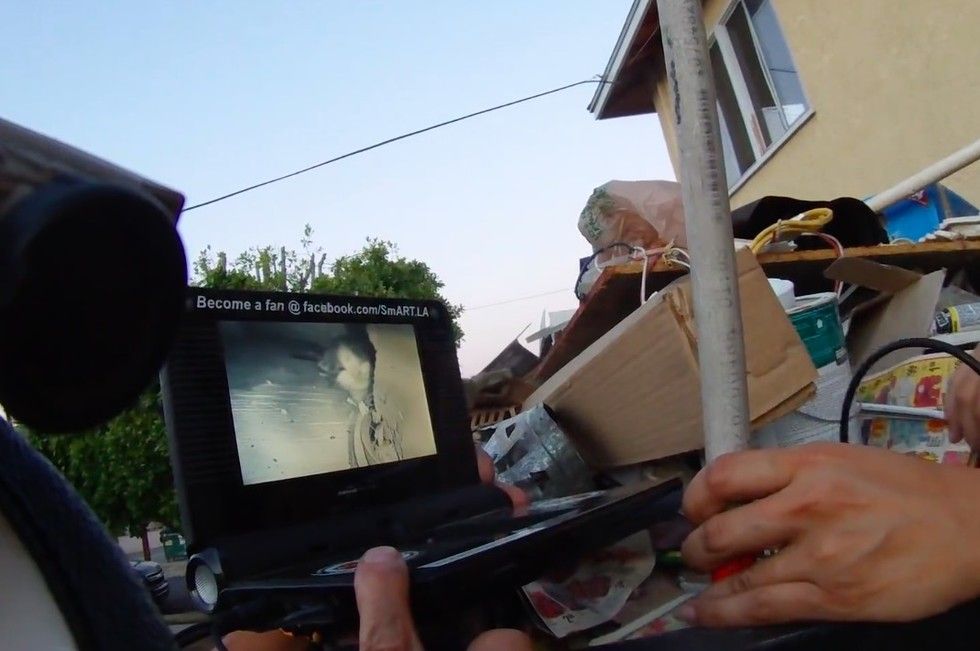 They decided to cut through the lock on the side of the dumpster and carefully removed the side door.

Then they gently pulled the kitten out from the debris and placed him in a bag before heading to the rescue center. 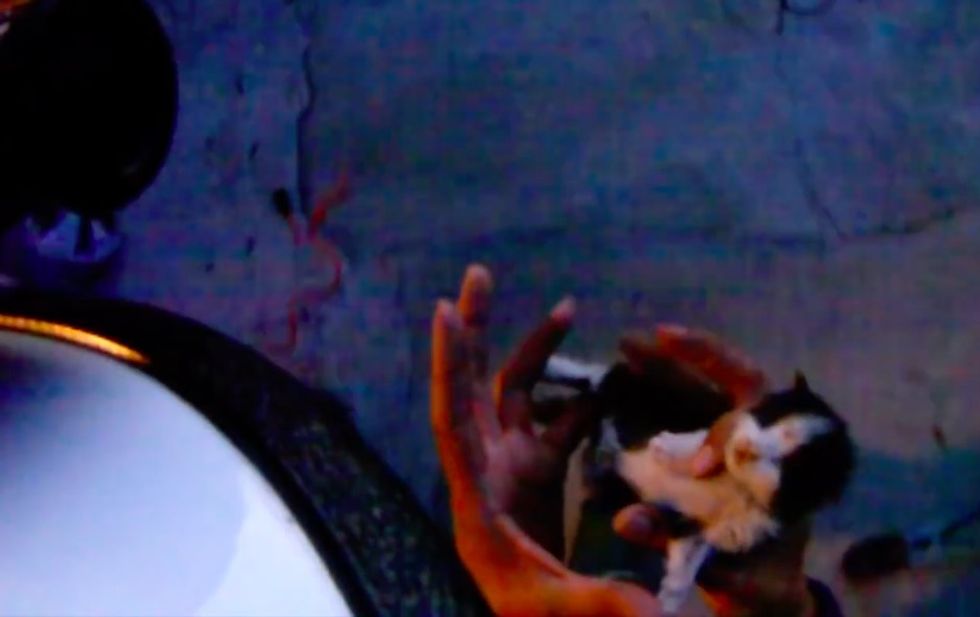 "SMARTs specialized equipment and power tools were utilized to safely and successfully rescue the two kittens."

The two kittens were placed in foster care, and will be ready for adoption when they are old enough. 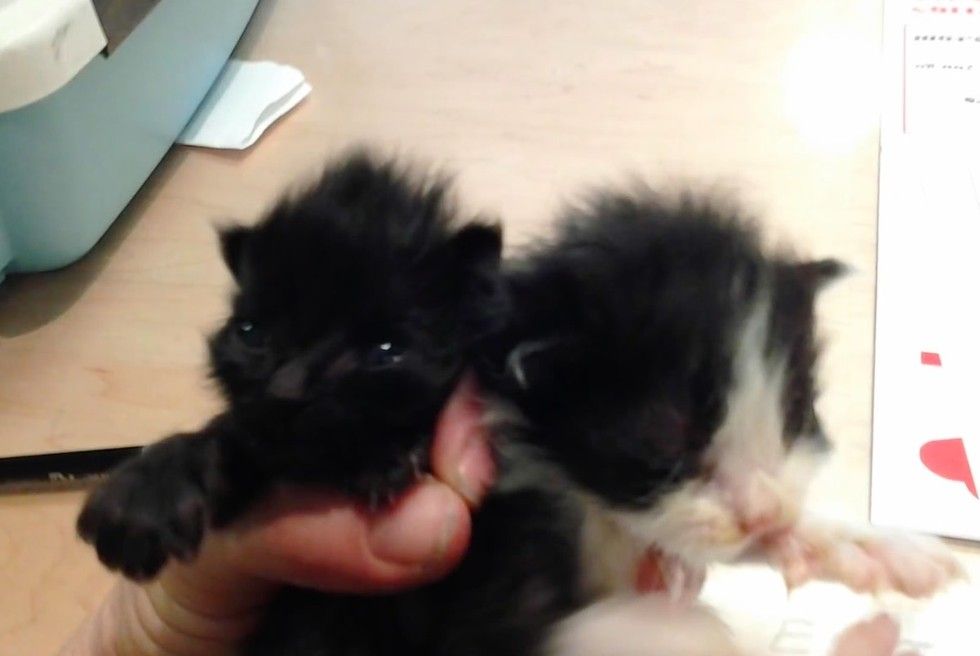