Kittens Rescued from Pile of Scrap Wood, Learn to Cuddle for the First Time

Workers from a wood mill spotted kittens playing in a pile of scrap and found a litter of six in need of help. 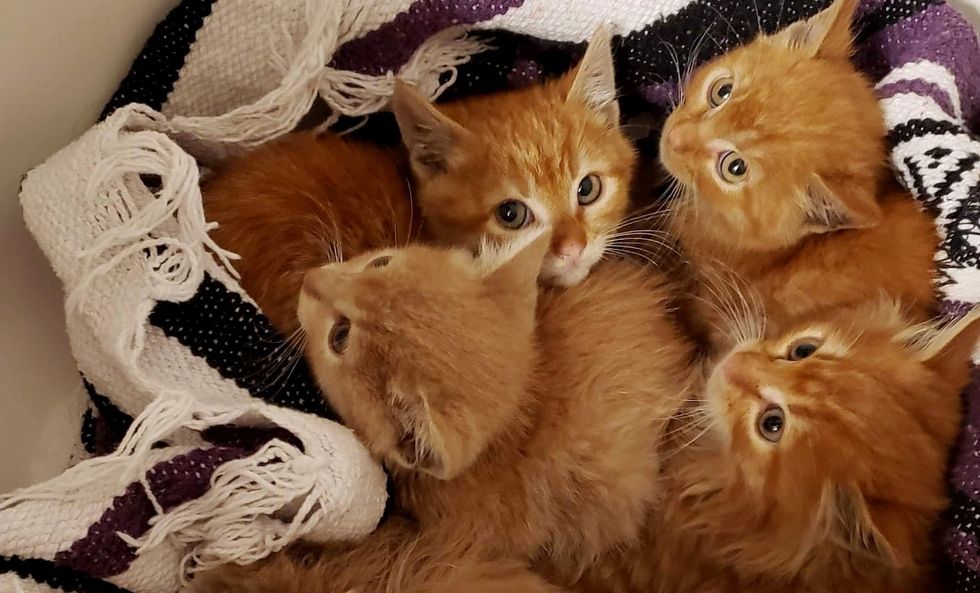 Late September, Barbara Gosselin, founder of Shuswap Paws Rescue Society, was contacted about a litter of kittens found in an industrial park in British Columbia, Canada.

She and another volunteer rushed to the scene. As they arrived, the kittens had already relocated from the wood mill to the metal shop next door, hiding behind a pile of metal and wood scrap.

They approached the kittens, trying to assess the situation. The little ones quickly took refuge and some tried to run away. They were fearful of people and wouldn't let them near. 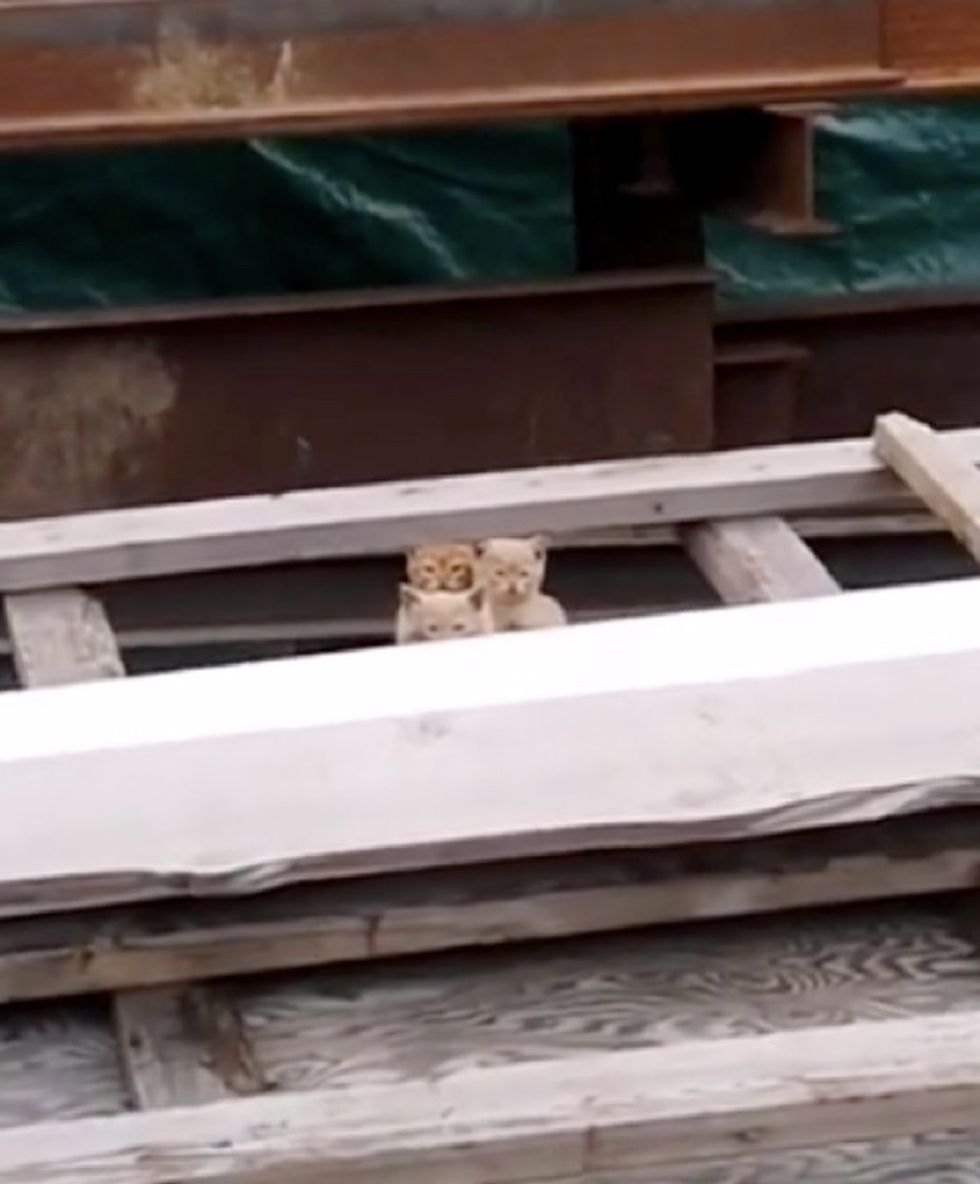 To safely capture the kittens, they set a couple of humane traps in the area and let the waiting game begin. After two hours, the kittens finally emerged.

One by one, they walked into the traps to the smell of the food inside. By the end of the evening, they got five kittens to safety. 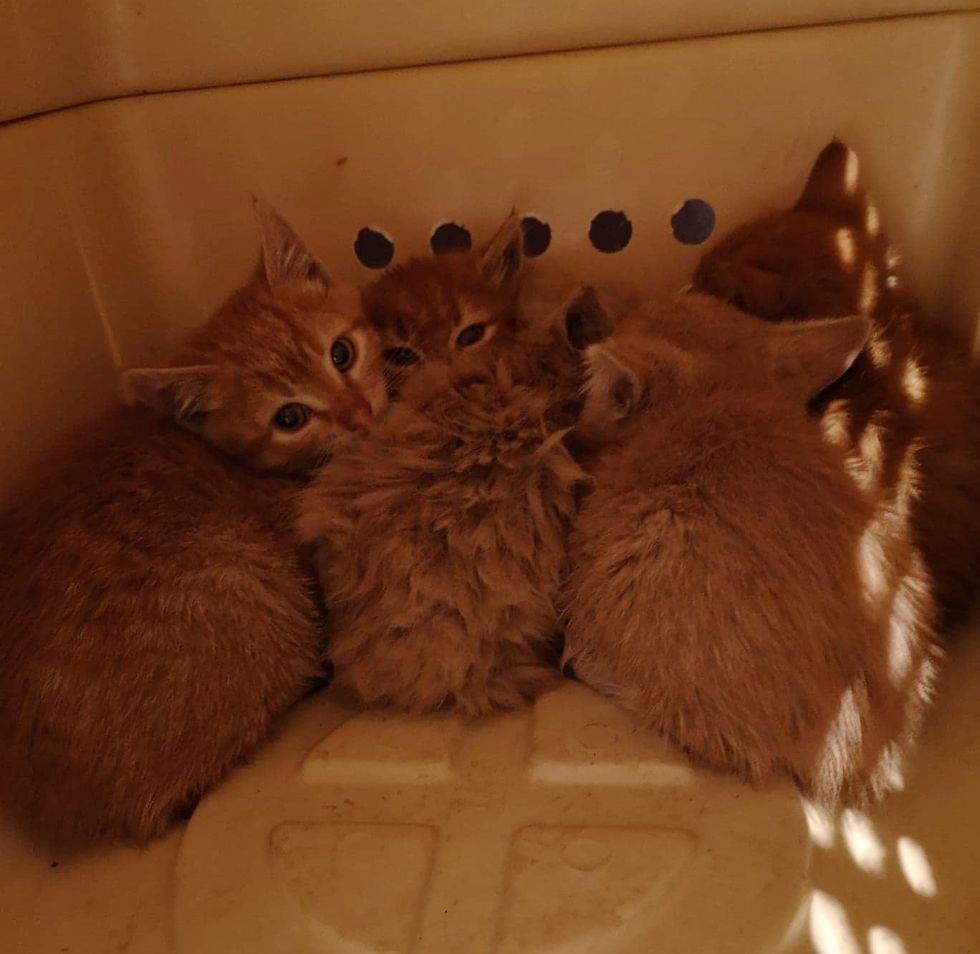 The next day, workers found the remaining kitten and had him reunited with his litter mates.

The kittens were very shy when they were rescued, huddled up in a corner of the carrier and wouldn't make eye contact. 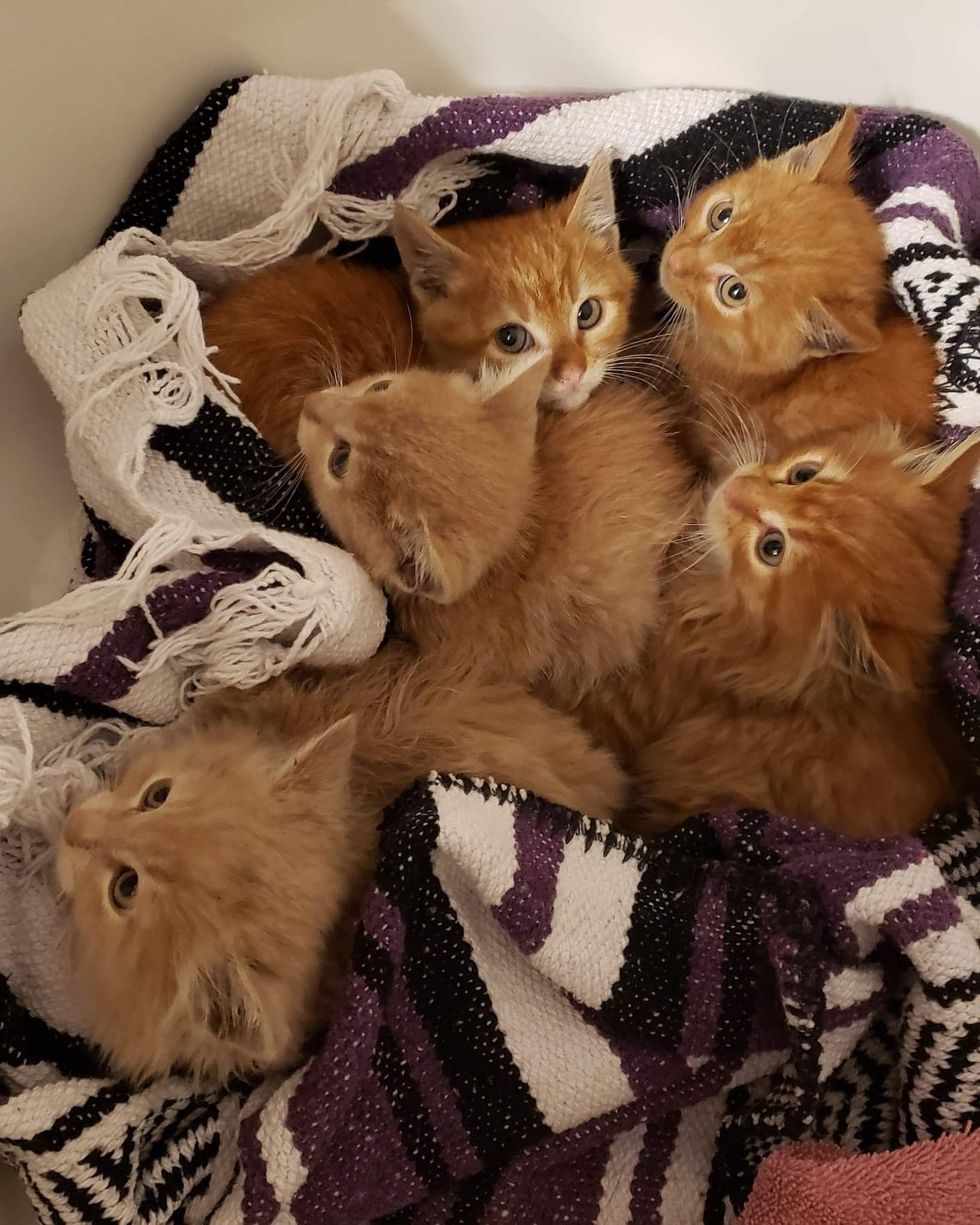 They were brought to a foster home where they were given much-needed baths and cuddle sessions.

The kittens tried to resist being cuddled, but quickly found it futile. They calmed down once they were all wrapped up in a purrito. 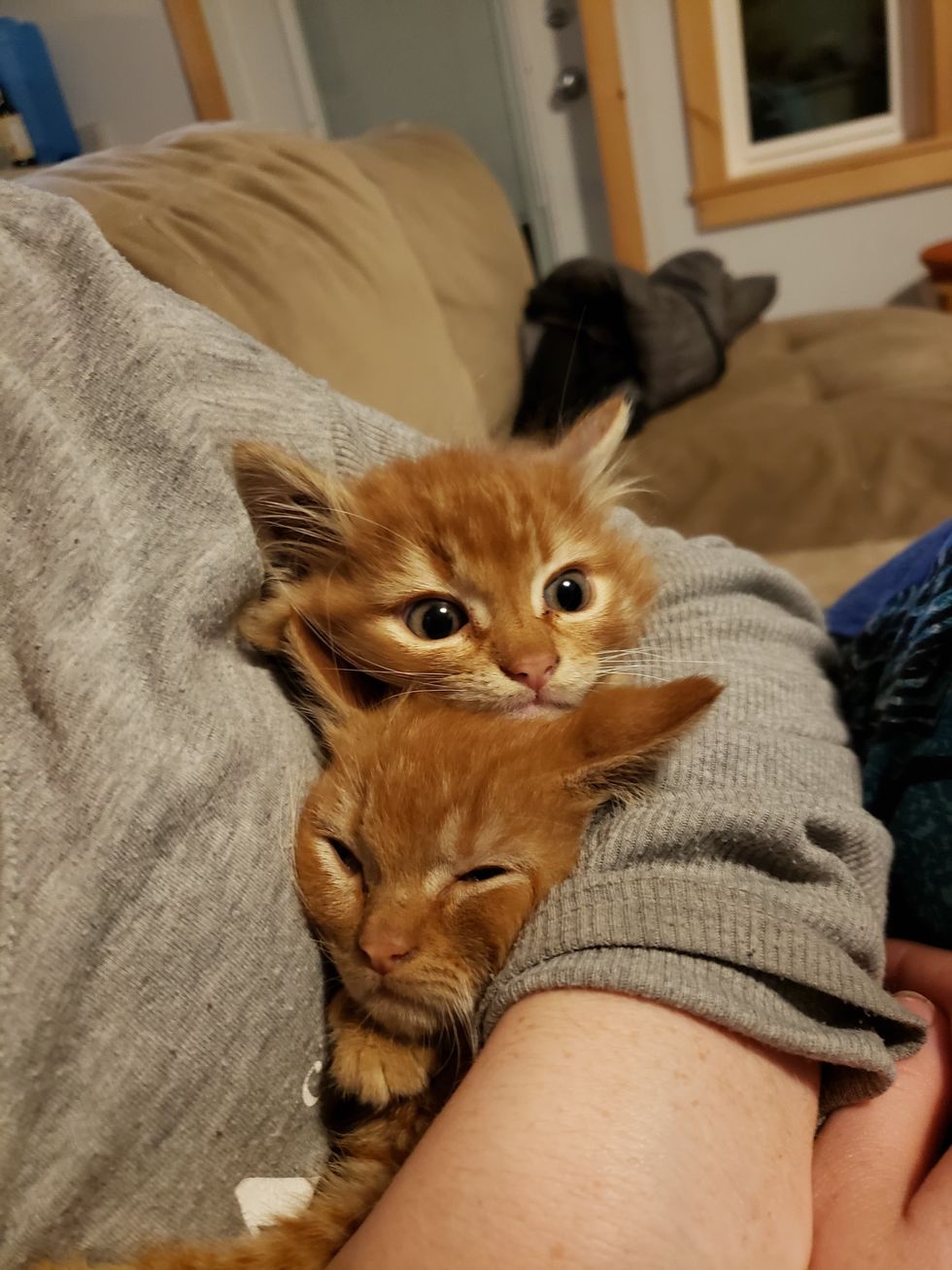 "It took only one day of snuggles, and they purr and cuddle now," Barbara told Love Meow.

The fear in their eyes vanished, and now the kittens want nothing more than lap time with their foster parents. 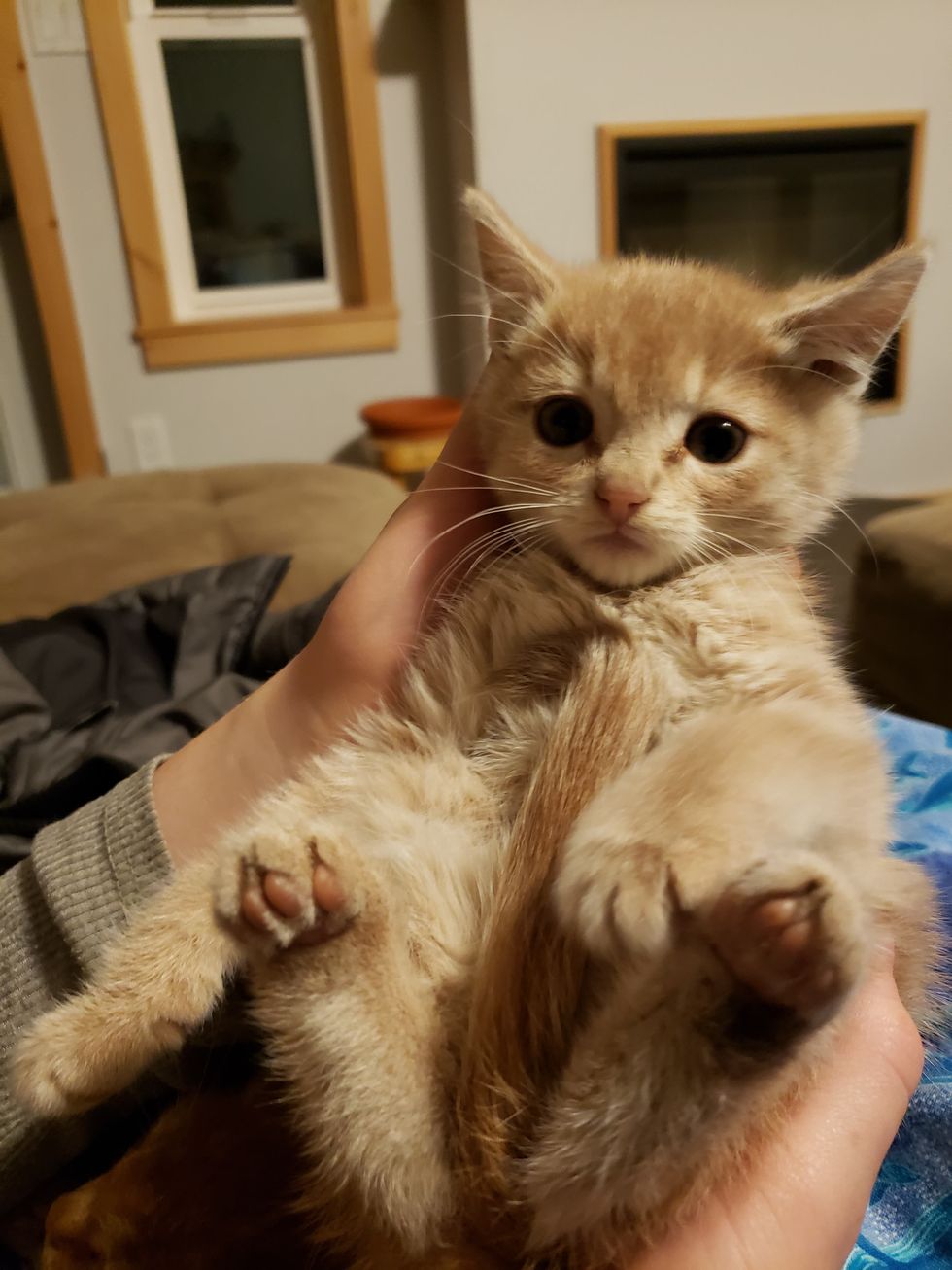 Meanwhile, rescuers are working on getting the feral cat mom spayed so the cycle can be stopped. They have been helping the community cats in the area by providing the care they need to thrive.

Workers have built insulated houses for the spayed feral kitties that have made their home there. 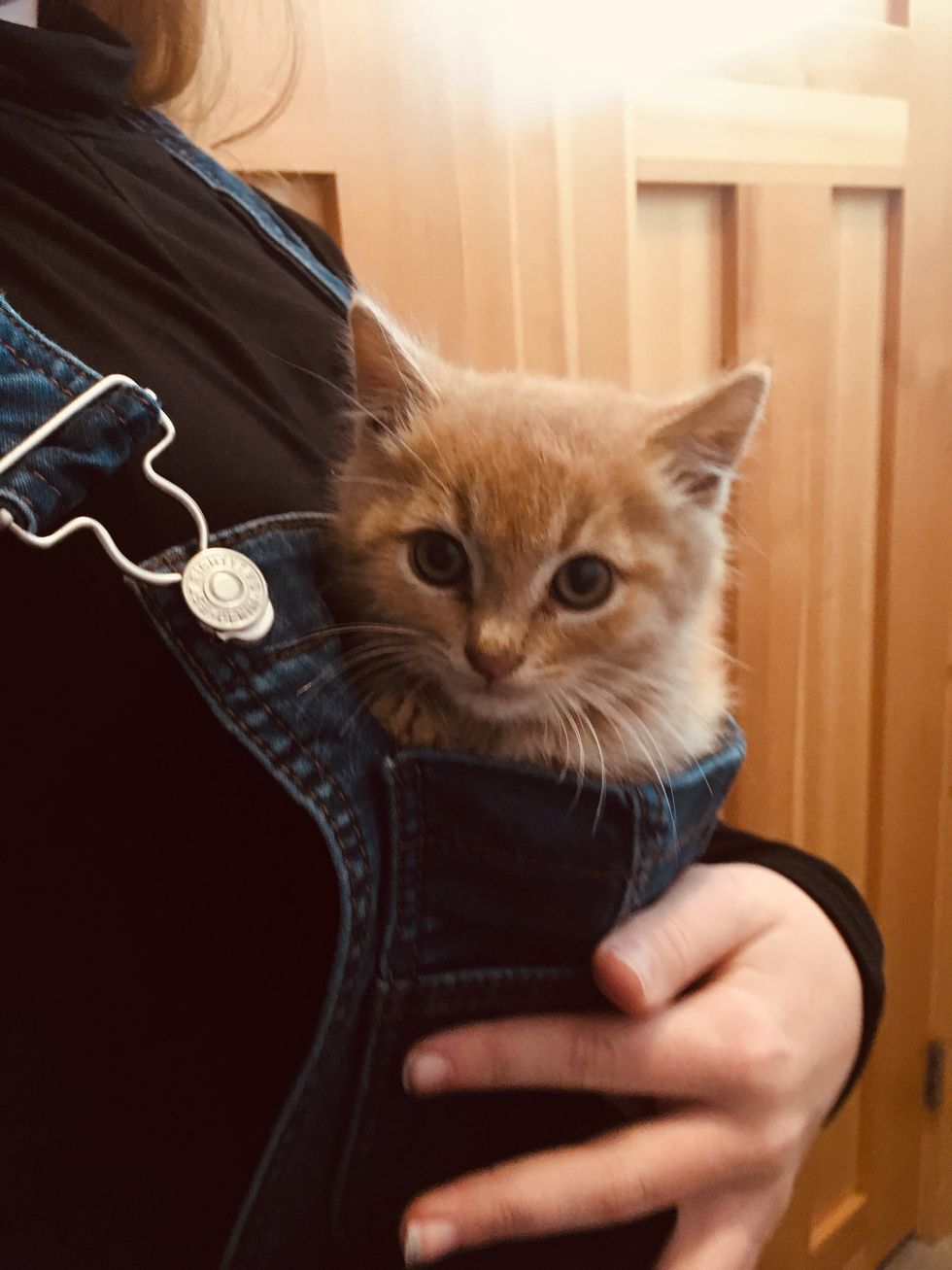 The six ginger kittens are enjoying their VIP life as indoor cats.

In a few weeks, they will be ready to look for their forever homes and will be available for adoption through Critteraid and Shuswap Paws Rescue. 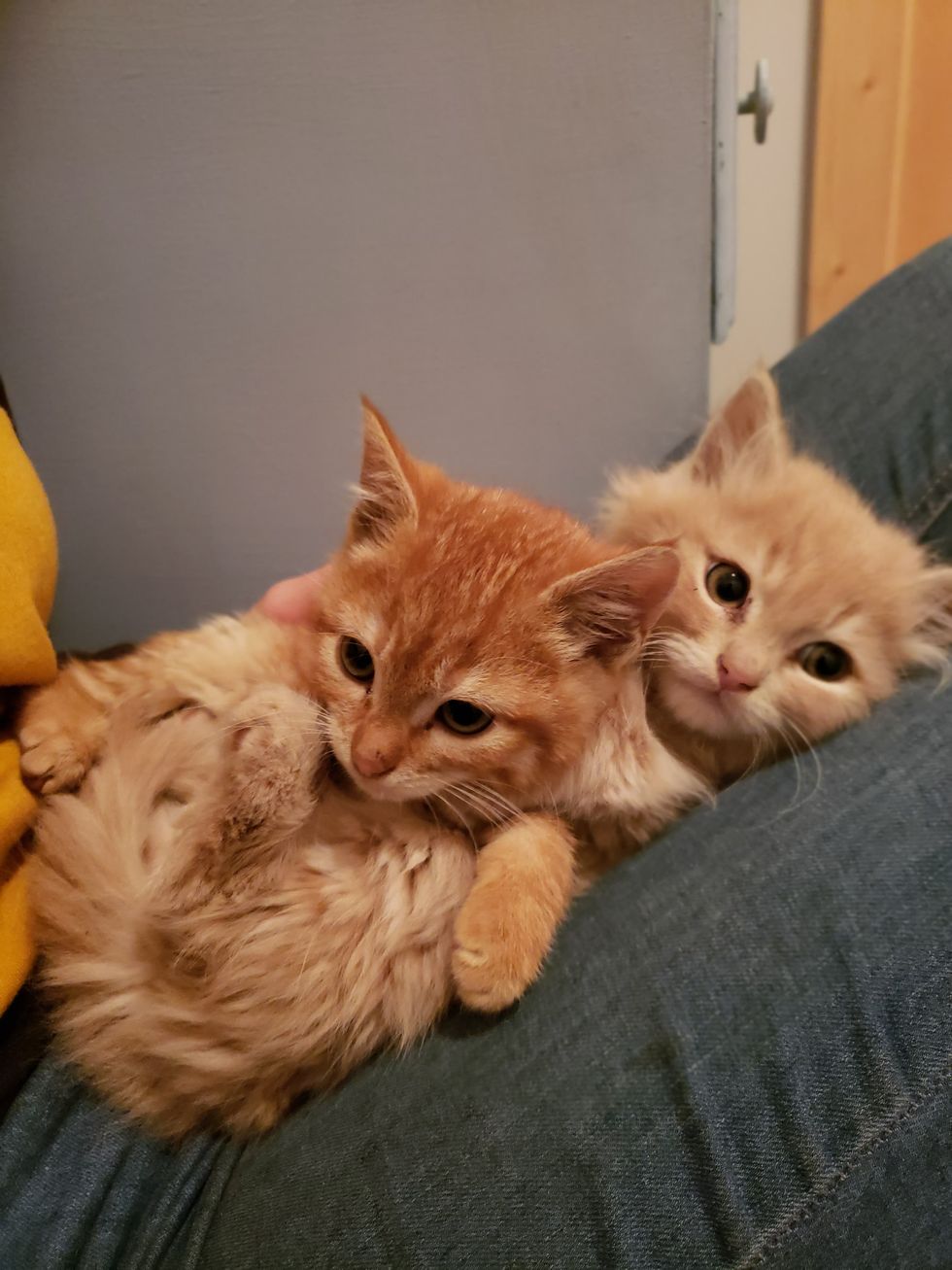 They have improved so much in just a few days in foster care.

This little fluff ball has turned into quite the cuddle-bug. 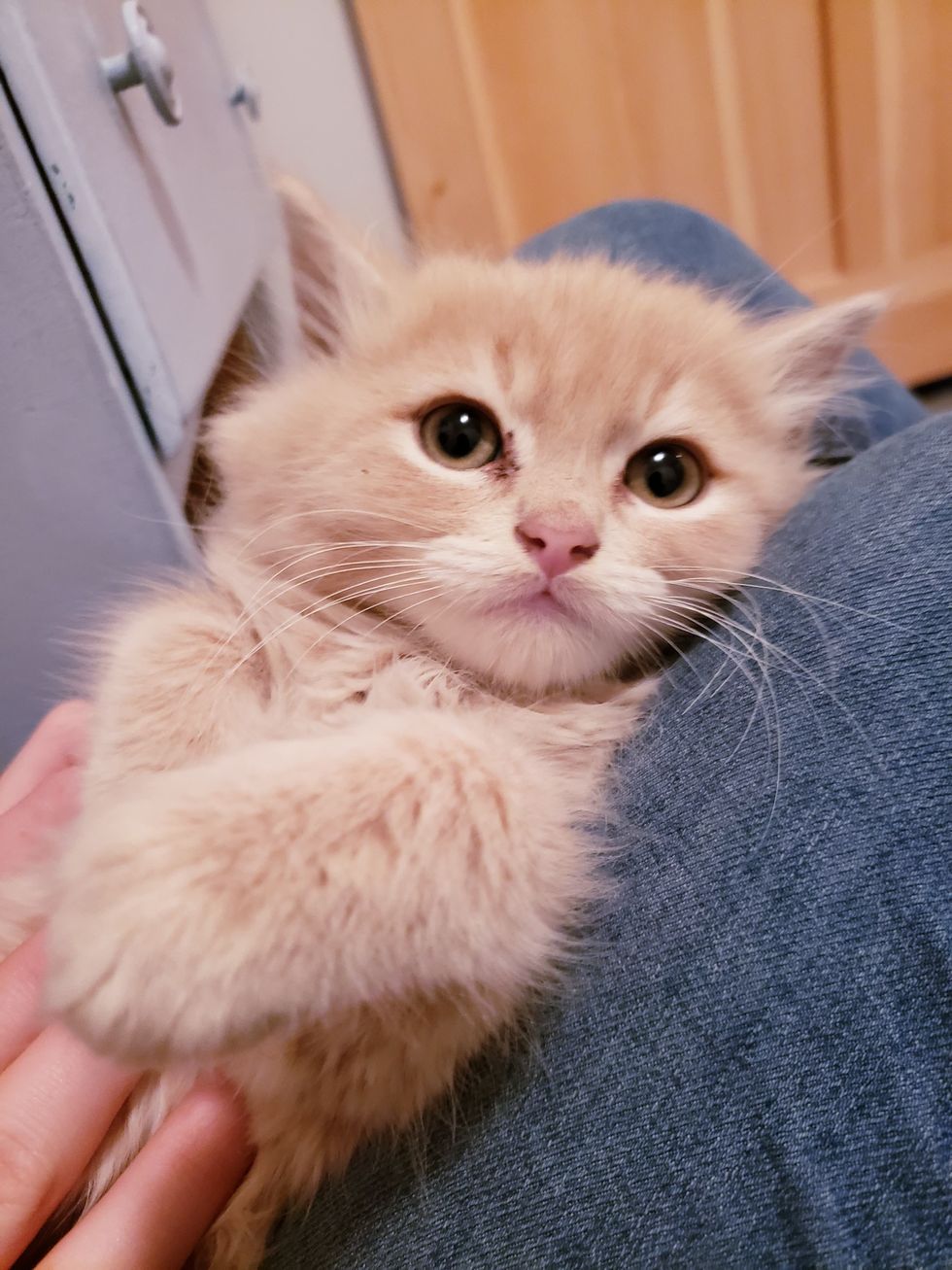 No more sleeping outside under scrap wood — these kittens have found their favorite sleeping spots in their humans' warm laps. 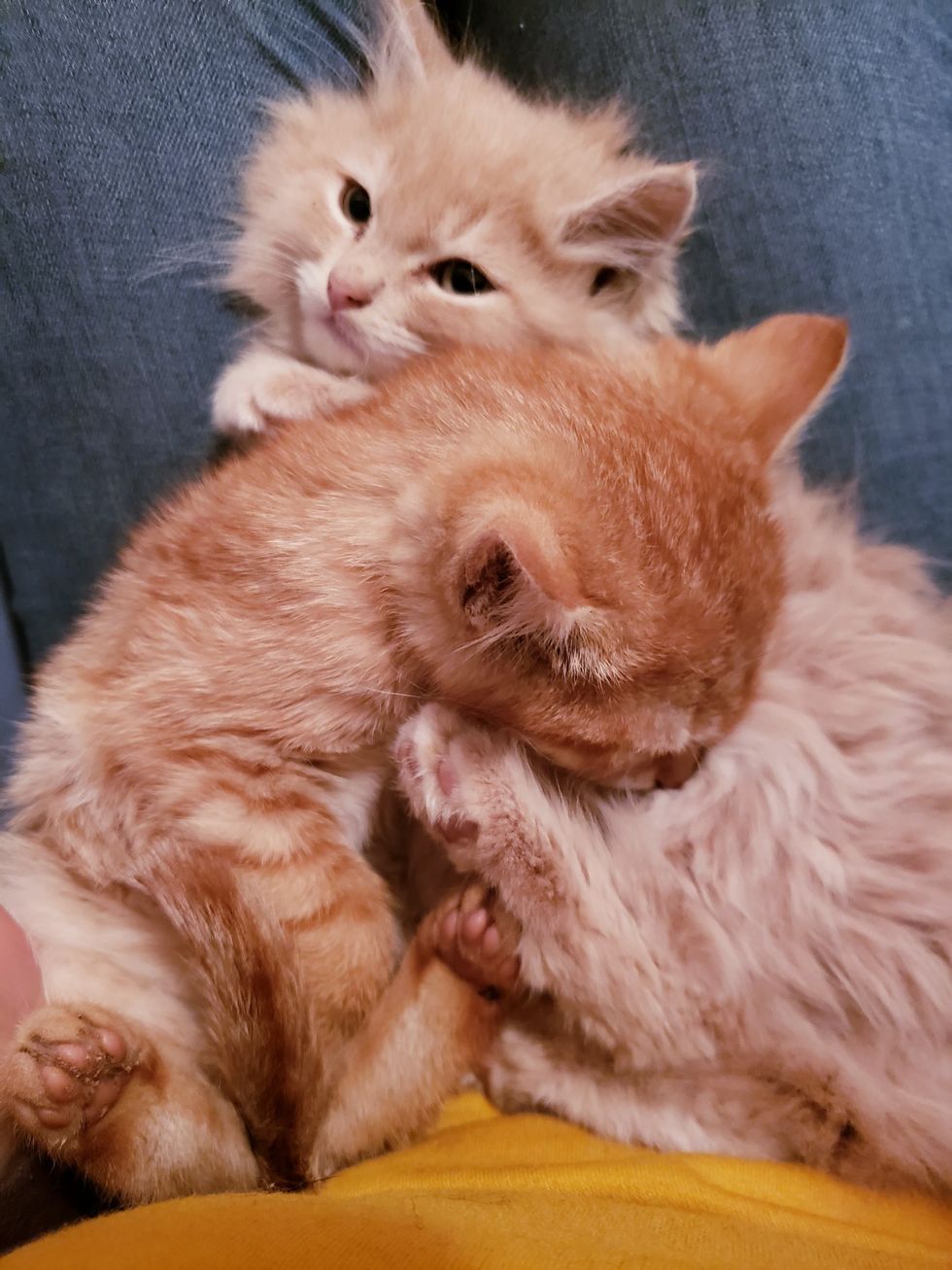 Related story: Woman Rescues Kitten Sitting on Sidewalk When Others Just Pass Her By - the Kitty Can't Stop Purring