Cat Gets Help for Her Kittens All Born with Large Feet, Twisted Legs and Hop Like "Kangaroos"

A feline family of six was brought to a shelter in Lynnwood, Washington. The kittens hop like tiny kangaroos with big mittens. 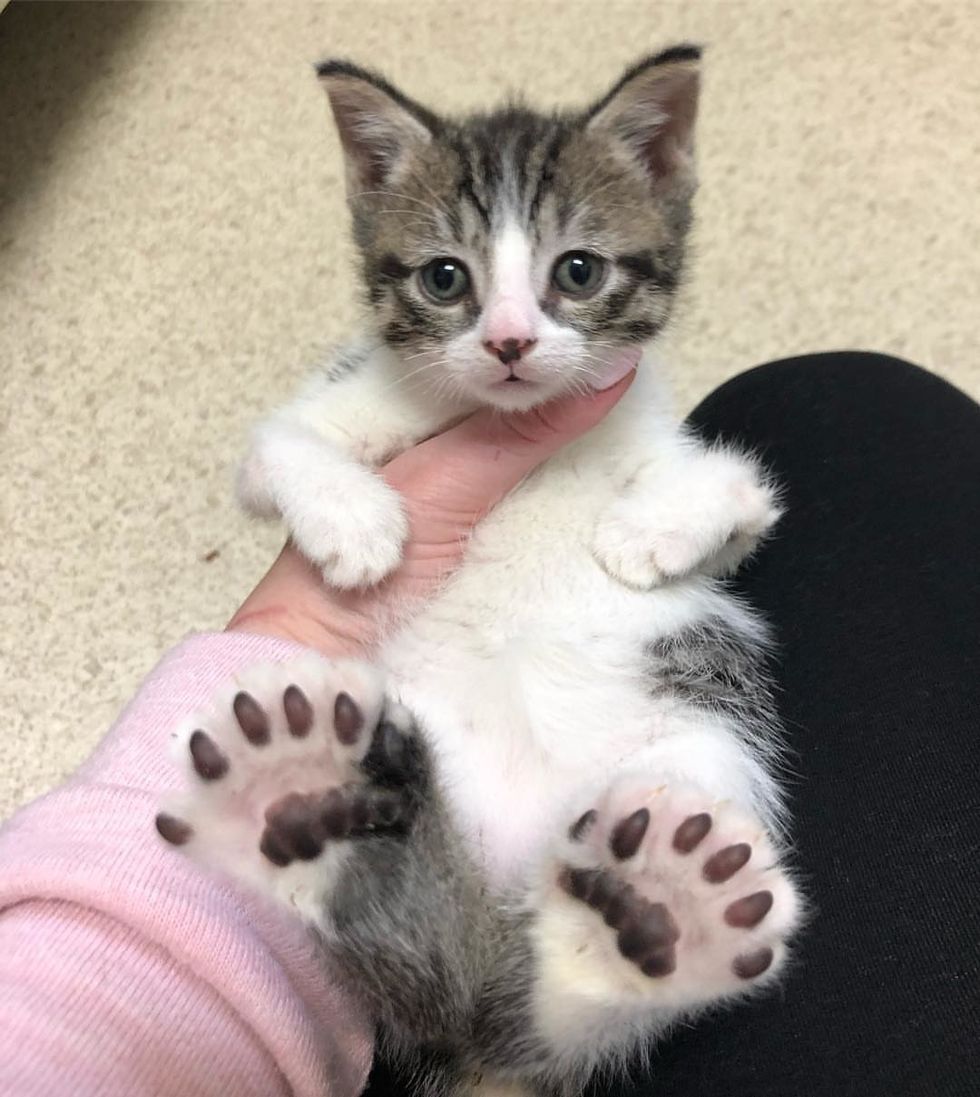 Earlier this month, PAWS (Progressive Animal Welfare Society) took in a cat mother along with her five polydactyl kittens all born with Radial Hypoplasia, a genetic condition that causes their front limbs to be short and twisted.

Ashley Morrison, a volunteer of PAWS, was smitten with the little feline family when she visited them at the shelter. The sweet cat mom walked right up to greet her as if to say, they were ready to go home with her.

Just when she thought she would take a short break from fostering, these little guys showed up, and she simply couldn't say no. 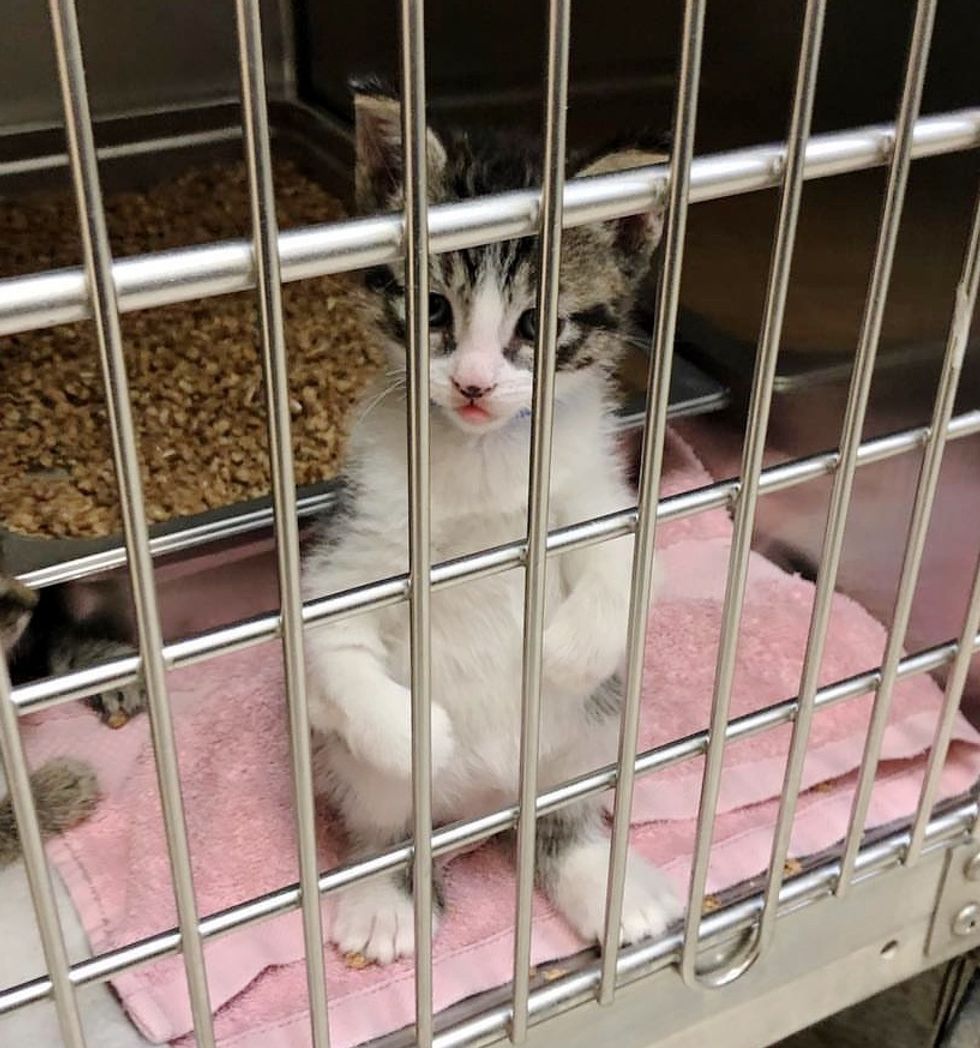 "They all have extra toes. (So does Mom.) Some even have six toes on each back foot," Ashley told Love Meow. "They don't seem to really notice. They play like other kittens."

There are four boys (Roo, Skippy, Joey, and Pouch Adams), one girl (Marilyn Mon-roo), and the mama cat is called Kanga. 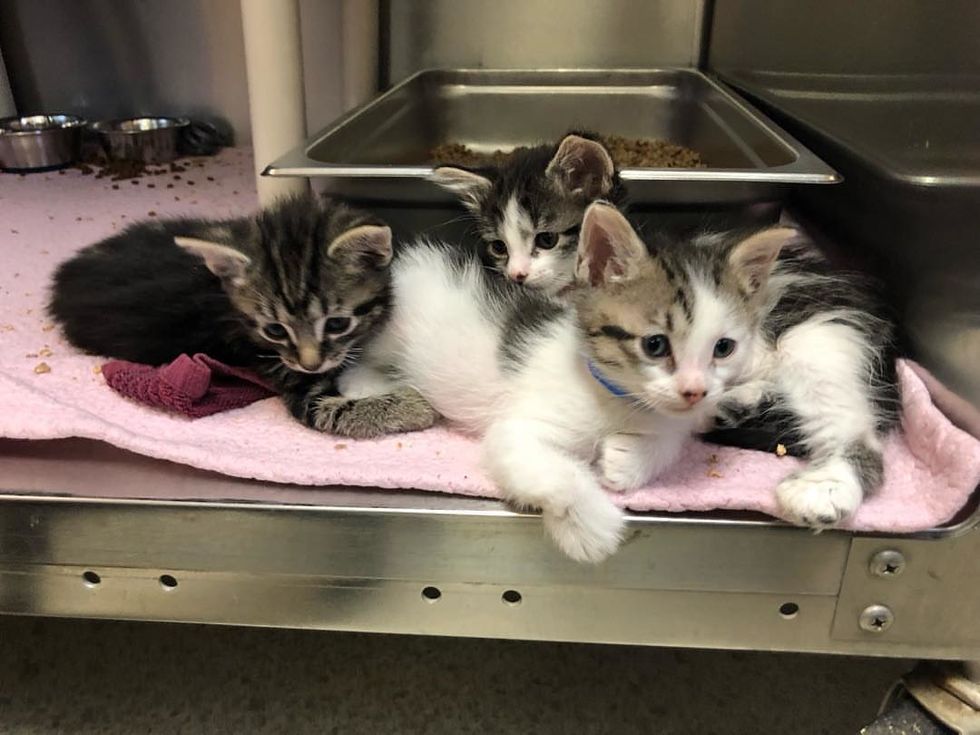 They quickly settled into their foster home. Mama Kanga was very pleased to be in a home environment with her kittens. She explored around her new abode as her kittens scampered across the room like little kangaroos.

Pouch Adams (aka Pouchy) is the runt of the litter. He's the tiniest but has the sweetest personality. 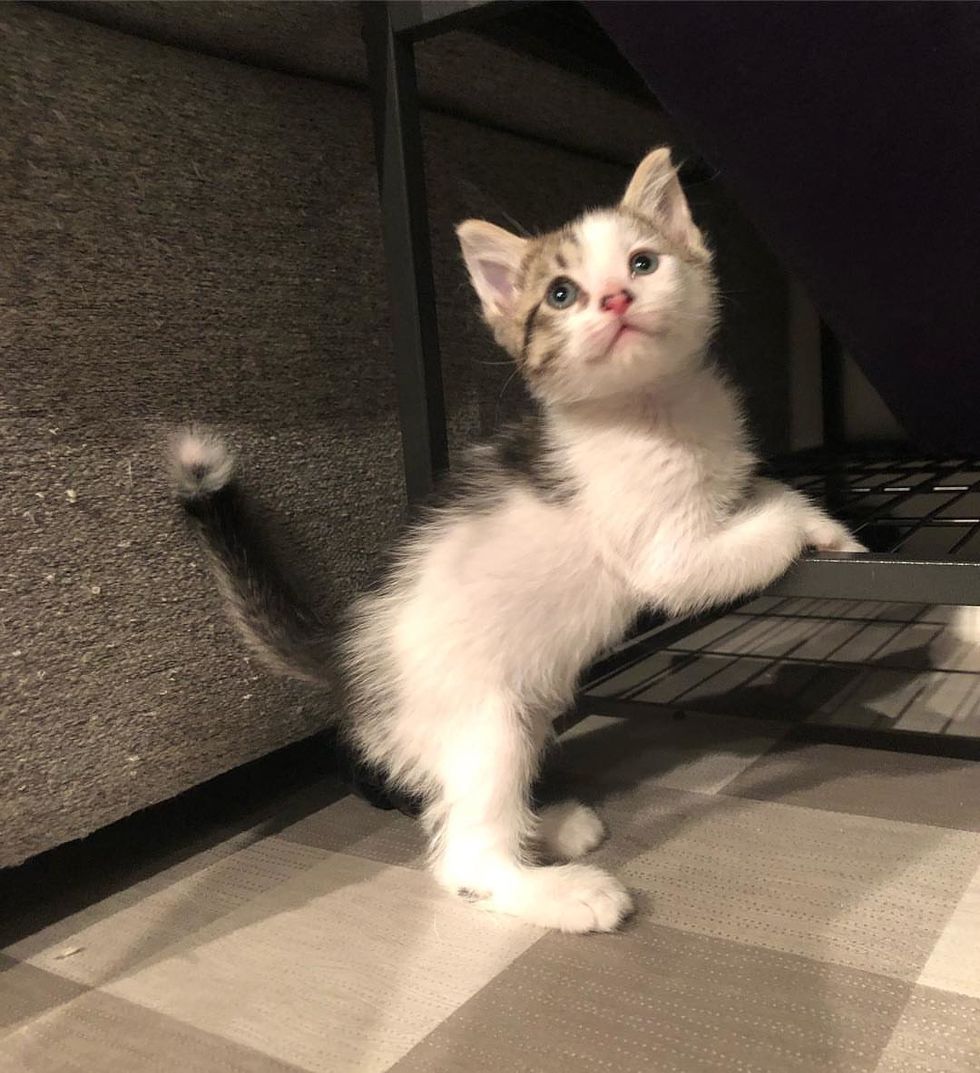 Skippy is the leader of the bunch. He's the bravest and quite the attention seeker.

"He will jump up and smack ya with his big back feet." 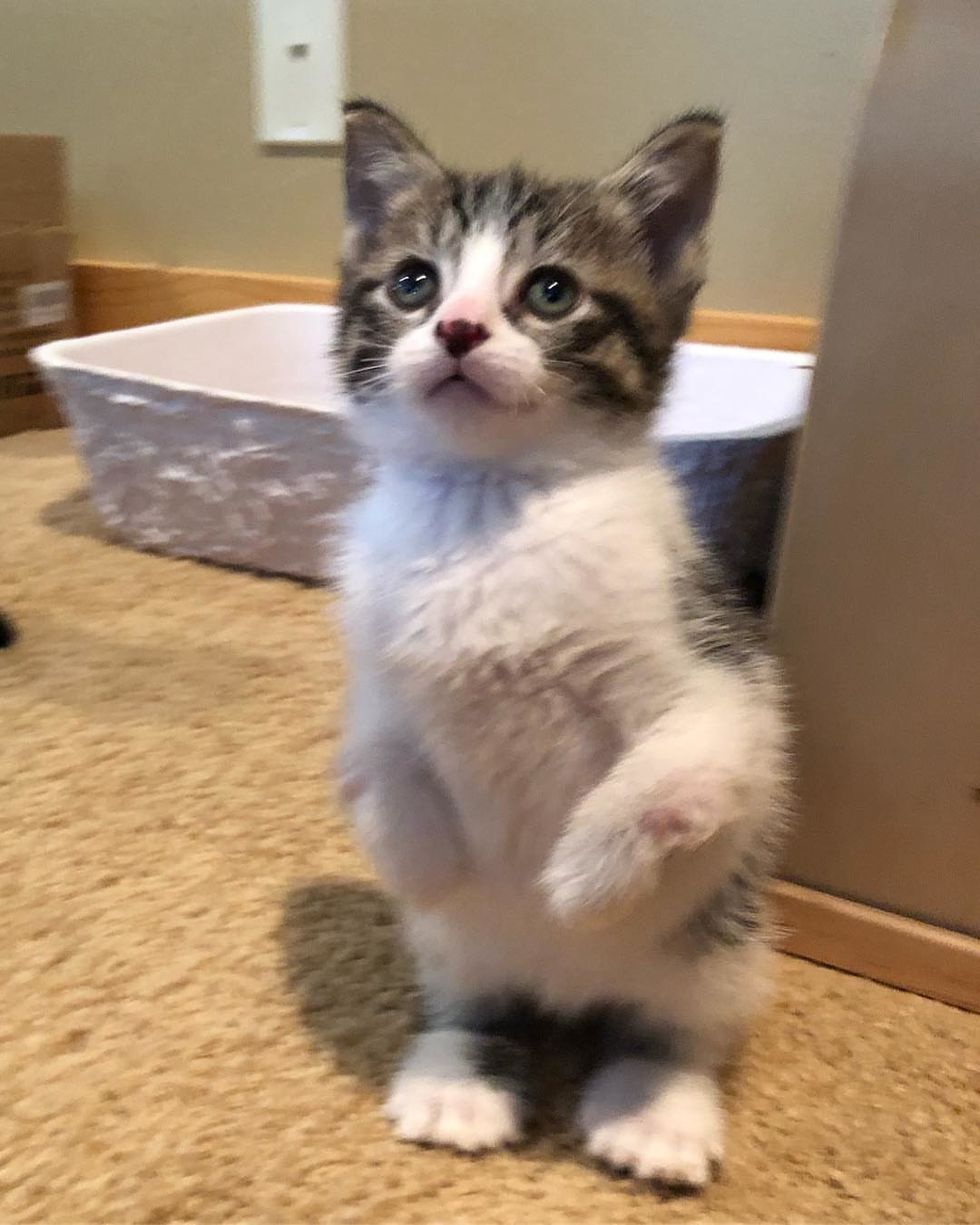 The kittens are rambunctious and very playful. They always cuddle up together in their big comfy bed after play time.

Watch these kitties and their journey in this video:

"They are just like normal kittens, wanting to be crazy and run around," Ashley told Love Meow. "They stand up to play but wind up looking like they are in a tiny boxing match."

Mama Kanga and her mini-me, Roo. Together, they are "Kanga-Roo." 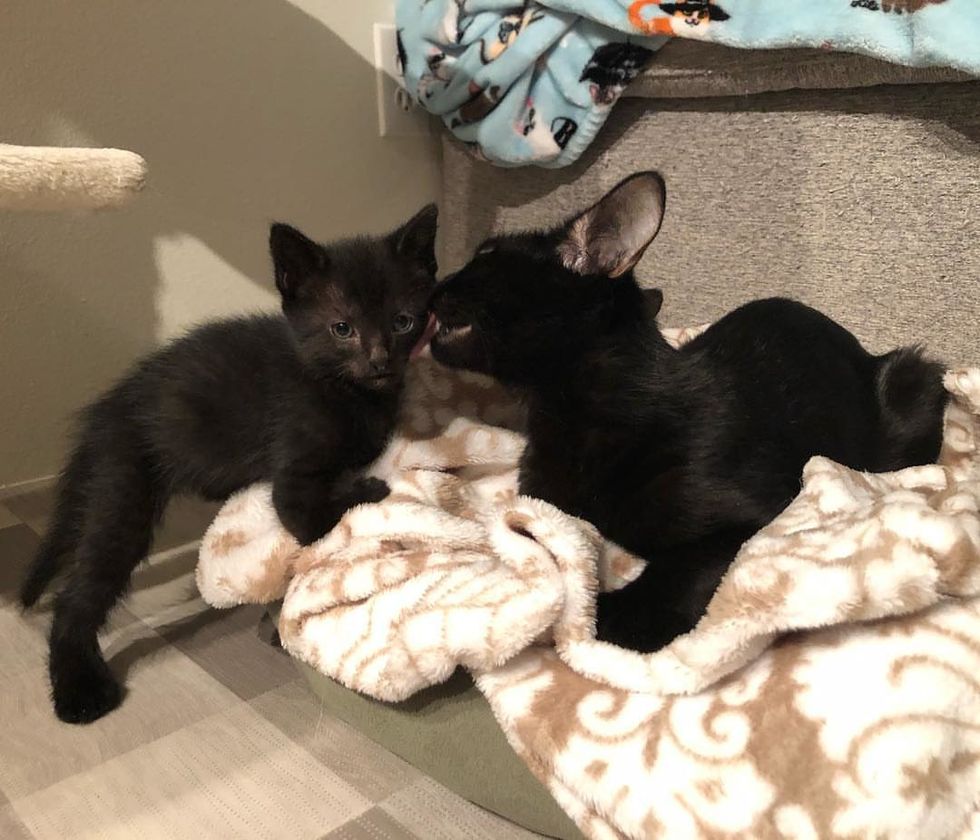 The kittens are doing well, hopping around with their big, strong feet.

They will be up for adoption at PAWS in Lynnwood, Washington when they are ready in a few weeks. 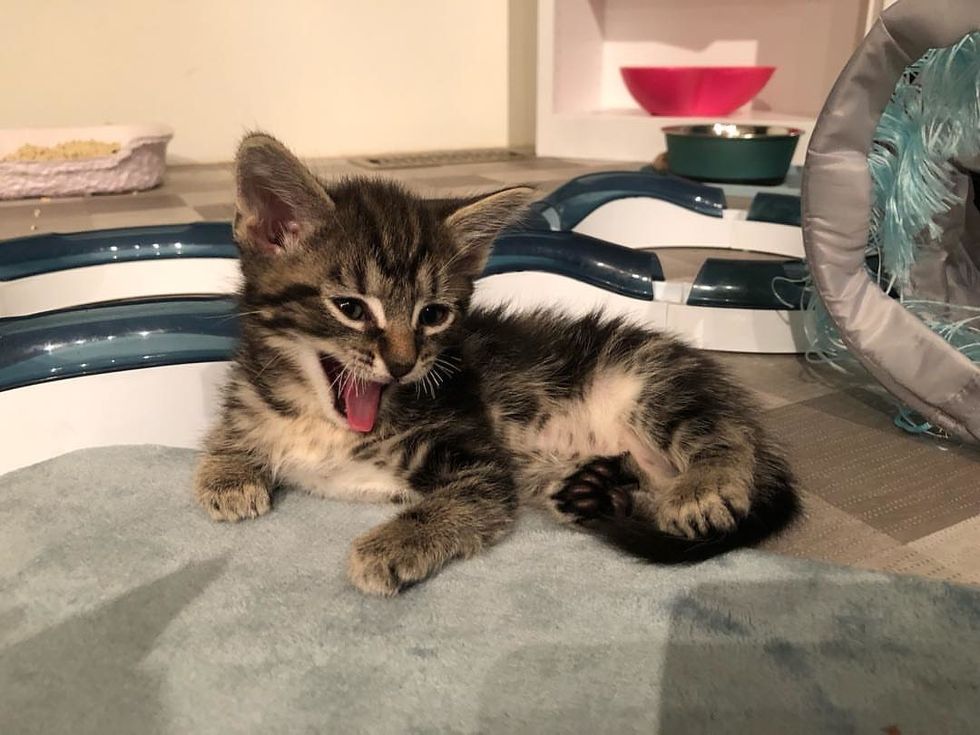 "They don't know any other way of life and love to play like any normal kittens," Ashley said.

"Once adopted in their forever homes, their parents can decide what they believe would be the best treatment option for each kitten, though most cats with this condition live long, happy lives without any type of surgery." 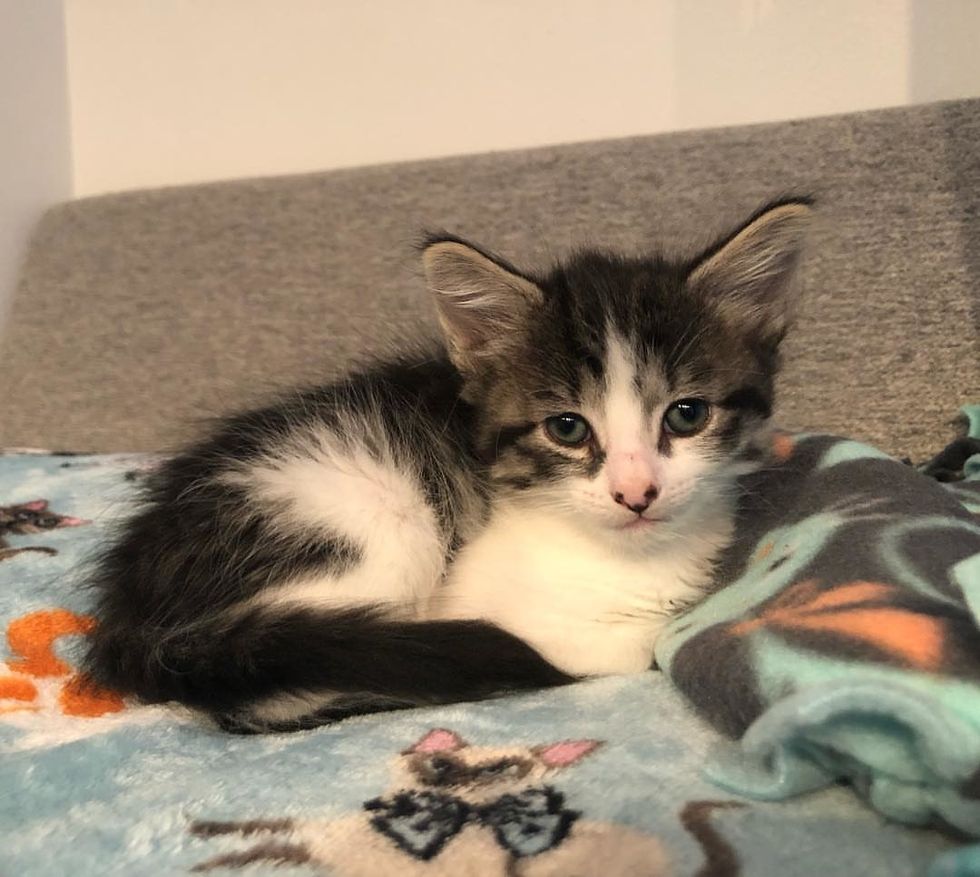 Mama Kanga is ready to retire from motherhood for good. She is happy to hand over the responsibilities to her caretakers and enjoys spending more time with her human friends.

"She will come down to nurse but otherwise stays up where the kittens can't reach her." 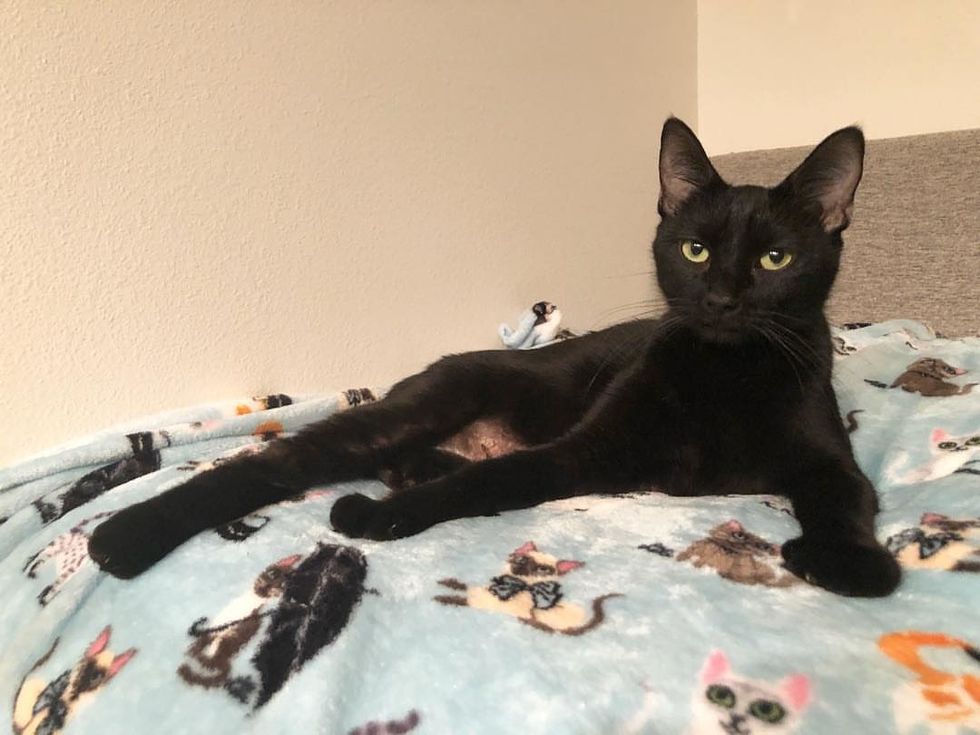 The sweet little kangaroo kitties are thriving in foster care. They will be hopping their way into someone's heart forever. 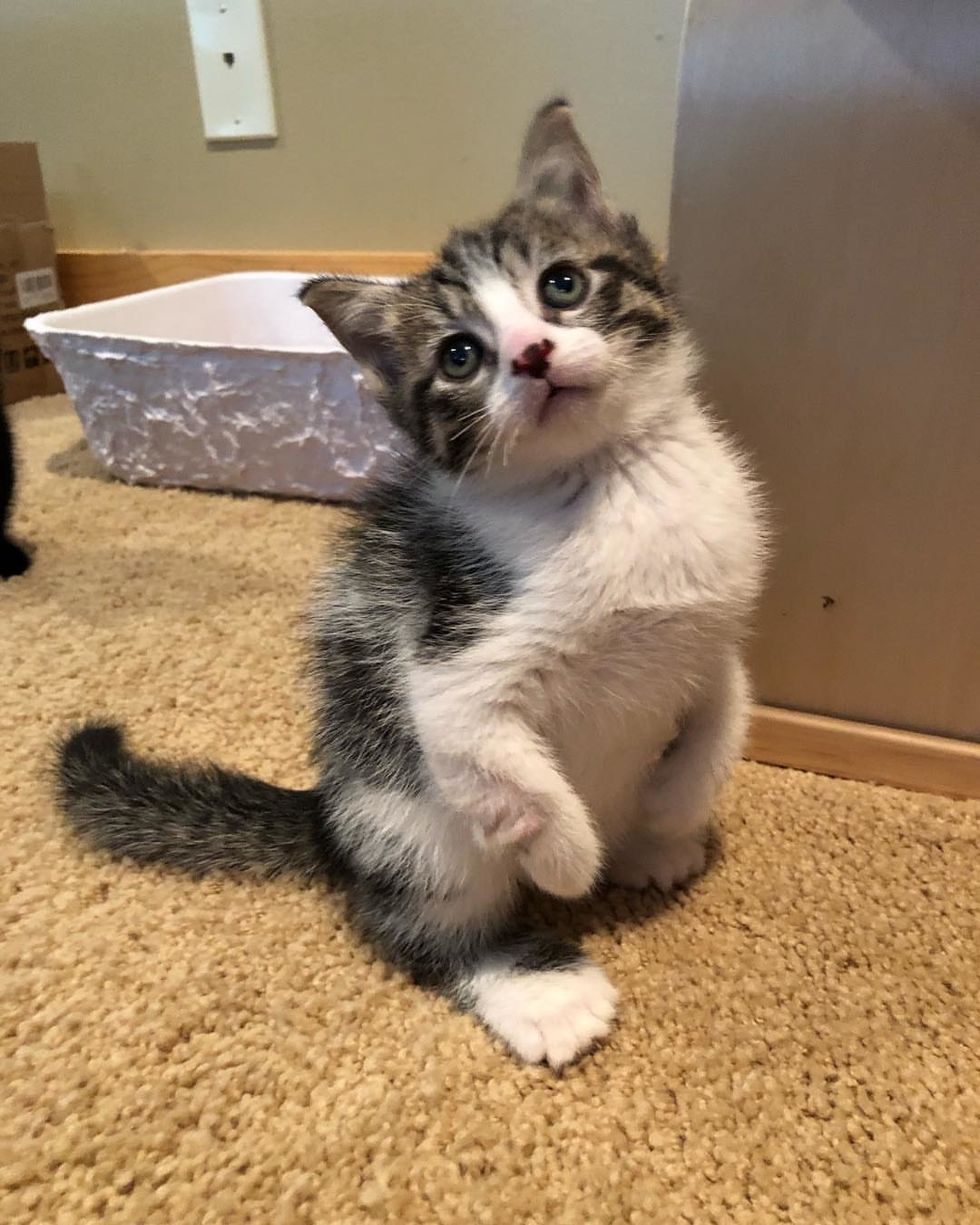