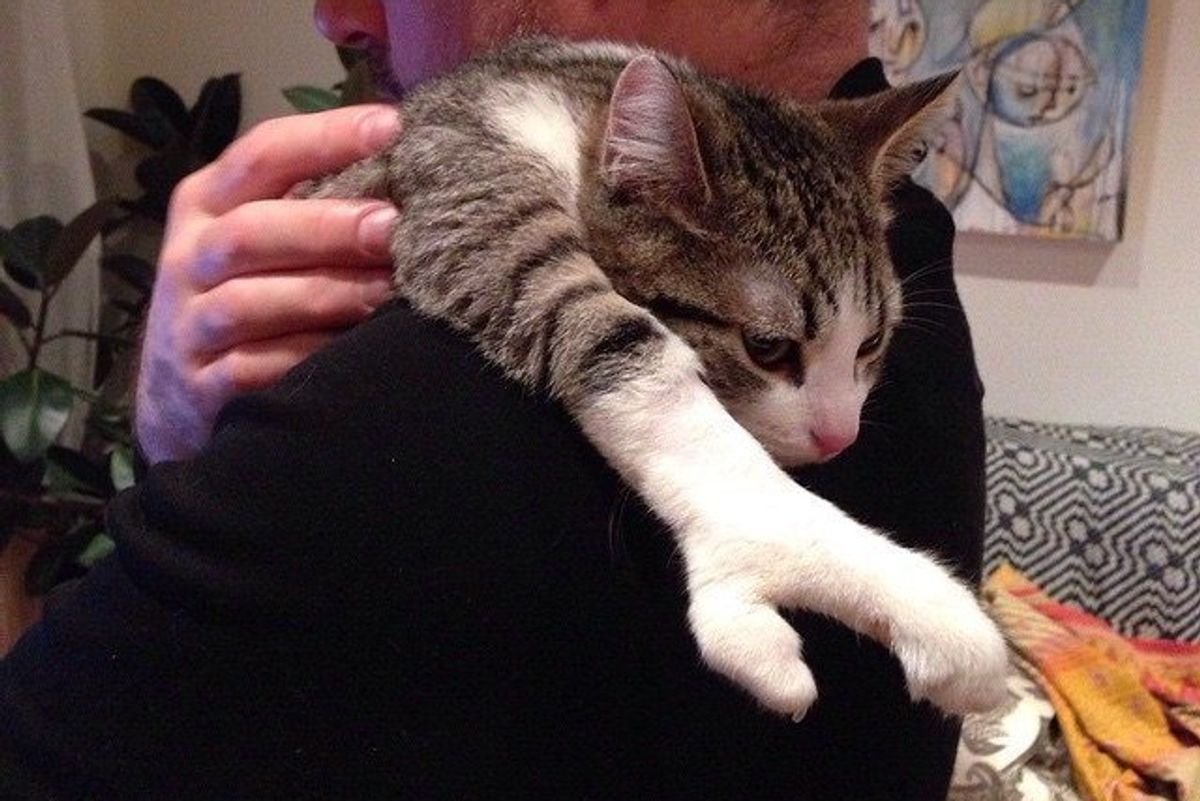 Kitty, Who was Born with a Special Paw, Fights His Way to a Loving Home

This kitty was born with a very special paw, but he knows he's perfect! 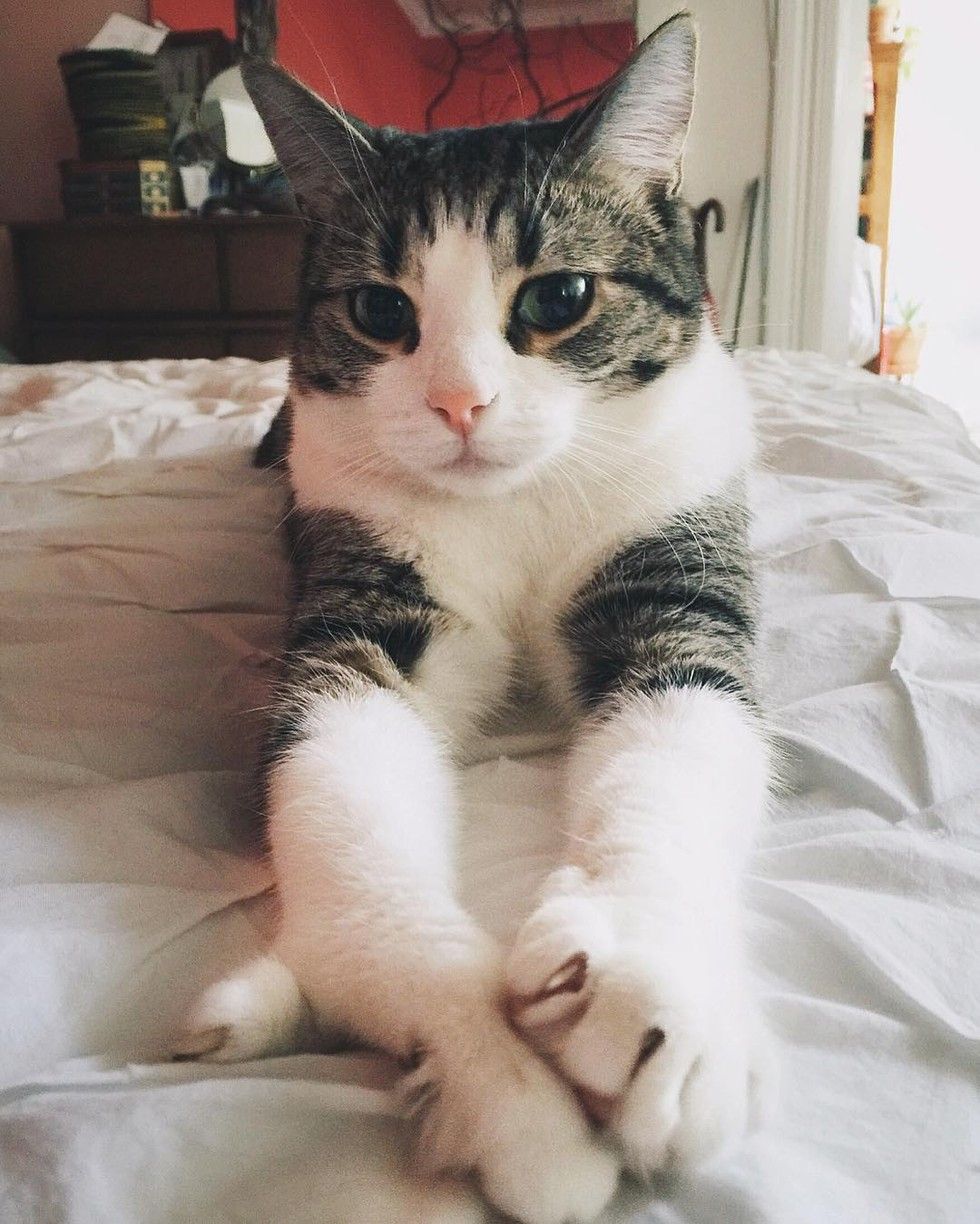 "He was born with a deformed right front paw, and a crooked tail. Not readily apparent, he was also born without a sternum or pericardial sac, the protective fluid-filled sac surrounding the heart," John told Love Meow.

Lobstah was taken in by San Francisco Animal Care and Control who discovered he was in distress, as the kitten had stopped eating and drinking, having trouble with his litterbox and was having difficulty breathing.

The SFSPCA (San Fransisco) took the kitten into their care, and they quickly realized that the 4-month-old kitten was near death. 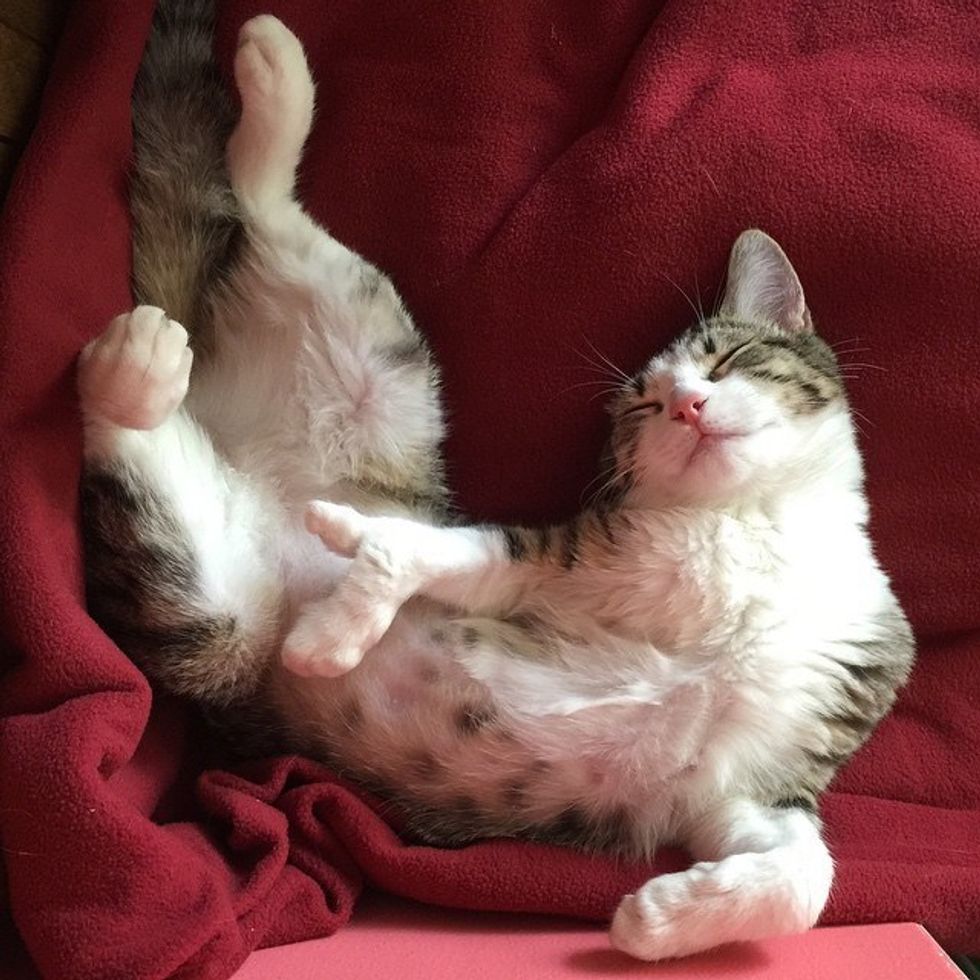 They began to look for a specialist who could help out. A team of doctors came together to give the kitten life saving surgery, closing up the hole in his diaphragm, "building" a chest wall as best as they could, and several other procedures.

They didn't expect the kitty to survive the extensive surgery, but he did and triumphed. "Within 24 hours he was eating, and after a week of continued improvement and around the clock care, though still with his Elizabethan collar, aka cone of shame, and sutures from his upper chest to lower abdomen, the SFSPCA put him up for adoption," John told Love Meow.

"One hour later, we walked through the door." 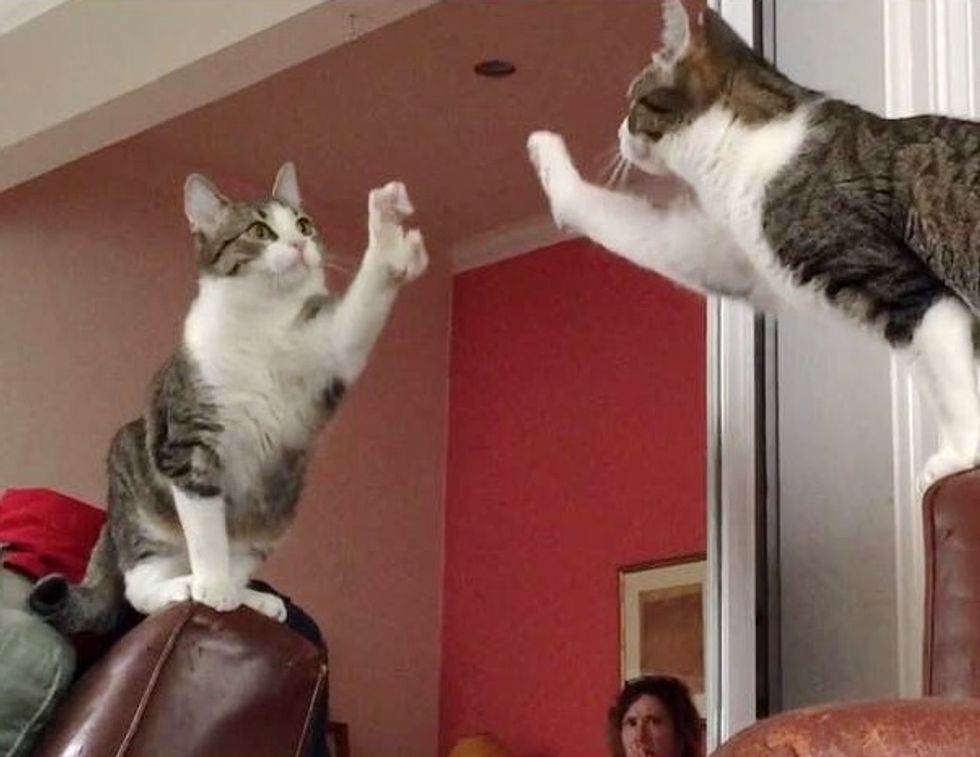 John and Leda already had a (then 9 years old) beautiful cat named DJ Lady Bunny, and in August of 2014, they said goodbye to their beloved rescue cat, Velveteen. "We were crushed by the loss, and in February of 2015, after going through a jewelry box, Leda found some of Velveteen's fur that she had saved from regular brushings," John said.

To their surprise, Lady Bunny found the fur later and had started to carry it around in her mouth. "We took that as a sign that she was ready for another companion." 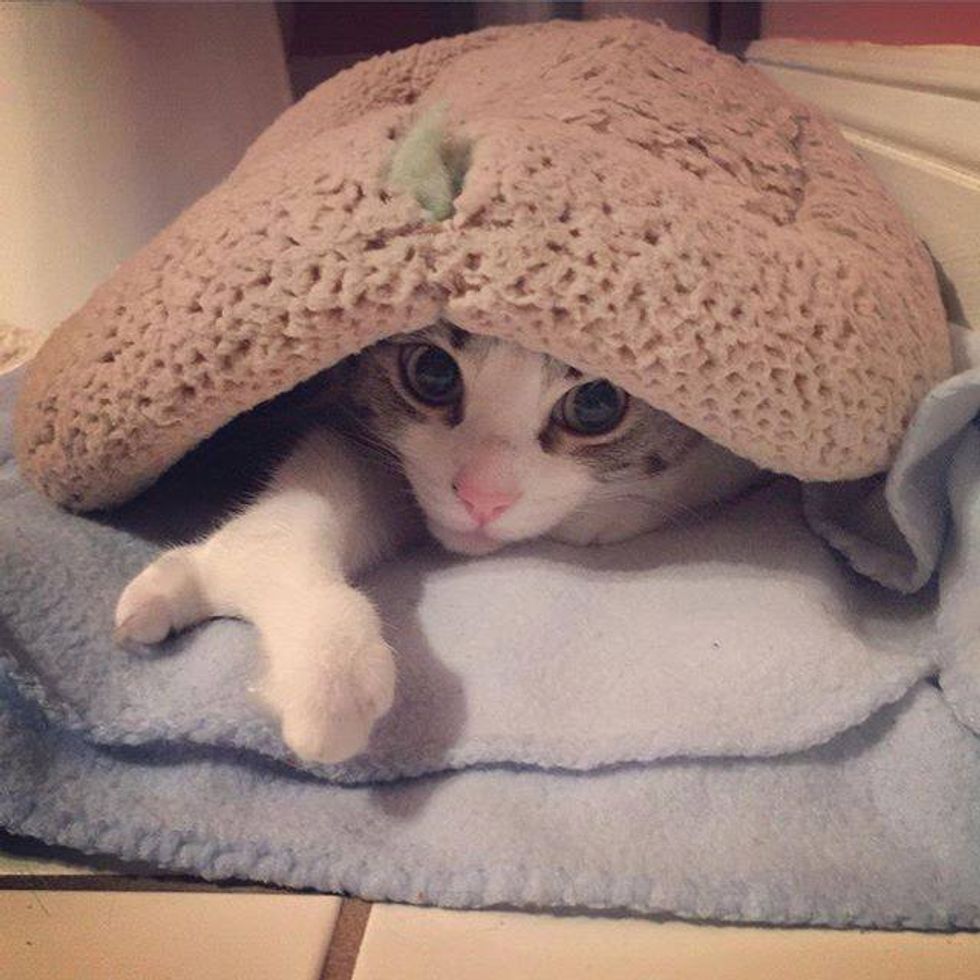 "The SFSPCA has a couple of kitten windows to the right in the main lobby, and we couldn't help but notice this little guy wearing the cone of shame, and with a deformed right front paw.

"His name caught our attention too: Lobstah."

The couple went to meet a few cats that they had seen on their website. After a few quick visits with no match, they asked the volunteer that they'd like to see Lobstah. 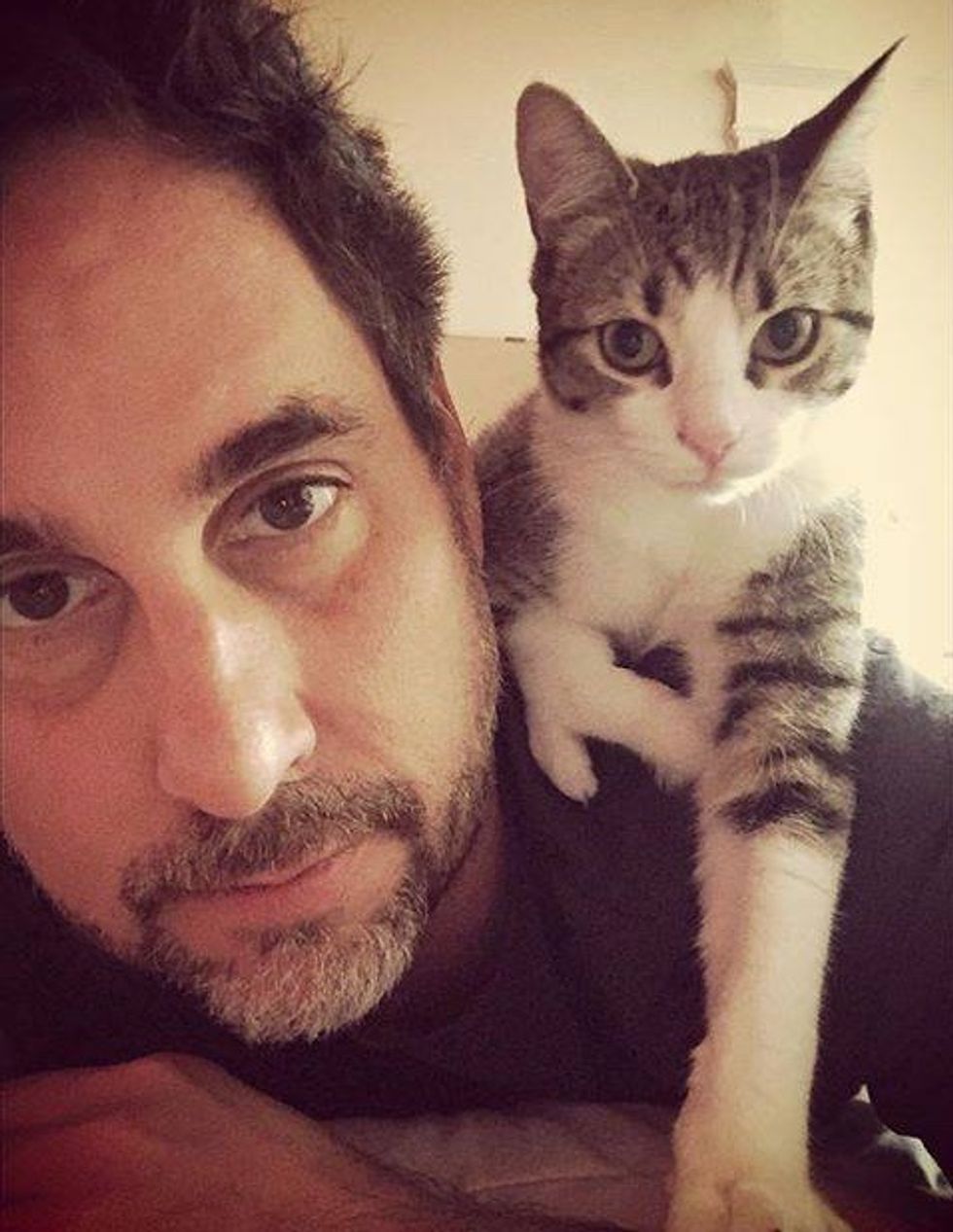 "He ran off to Lobstah's room and returned with Pam Floquet, another volunteer who had spent nearly the entirety of her time the previous week, sitting with and monitoring Lobstah. As it turns out, we needed to be vetted. Lobstah was considered a special needs cat, and the SPCA would not let just anyone walk out with him," John told Love Meow.

After telling the shelter staff about their story with Velveteen (who required nearly round the clock care for the last three years of her life and their time with her), they accompanied the couple into his room, visibly excited. 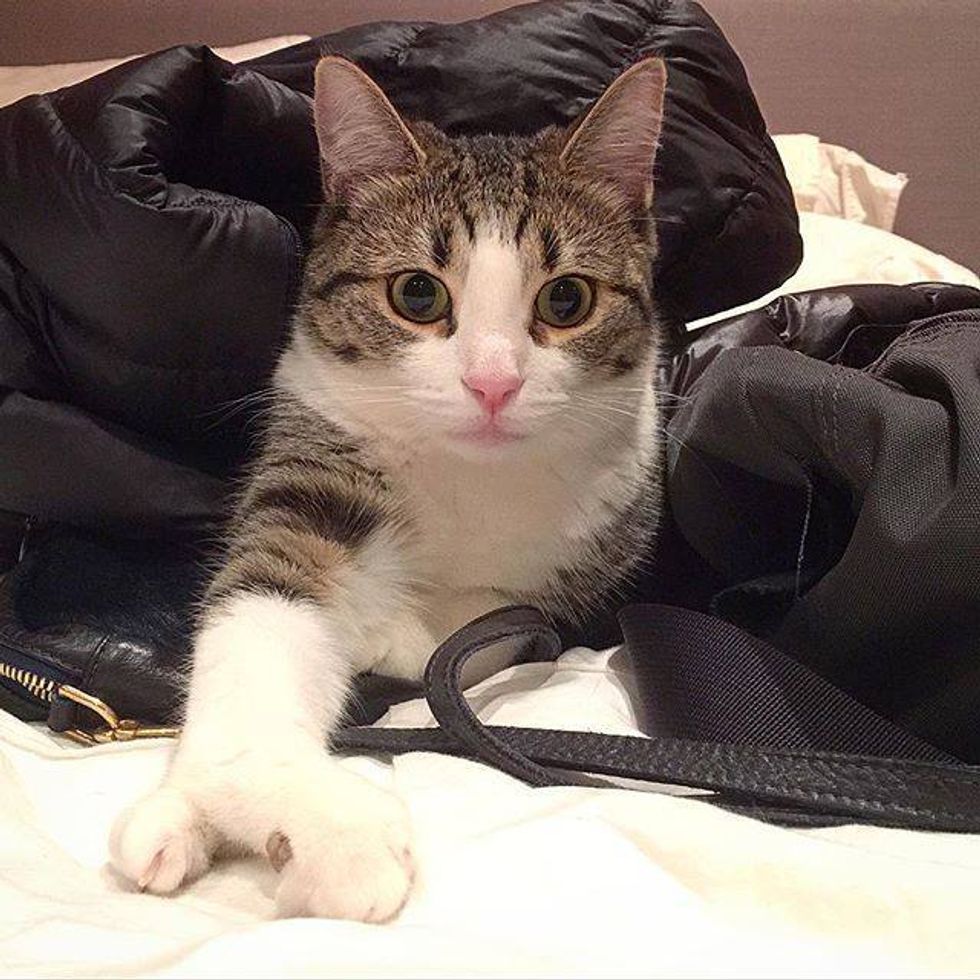 "Leda broke down in tears as soon as she saw him. He was tiny and adorable, as we had seen through the window, but his chest and belly were one long suture. He appeared to potentially be very fragile," John told Love Meow.

"As Lobstah made muffin after muffin, Pam and Charlene told us about his medical history and the surgery. We only spent about fifteen minutes visiting with him, but he made quite an impression."

It was getting late, and Leda had to get back to her hair salon for work, but they couldn't get the kitty out of their mind. 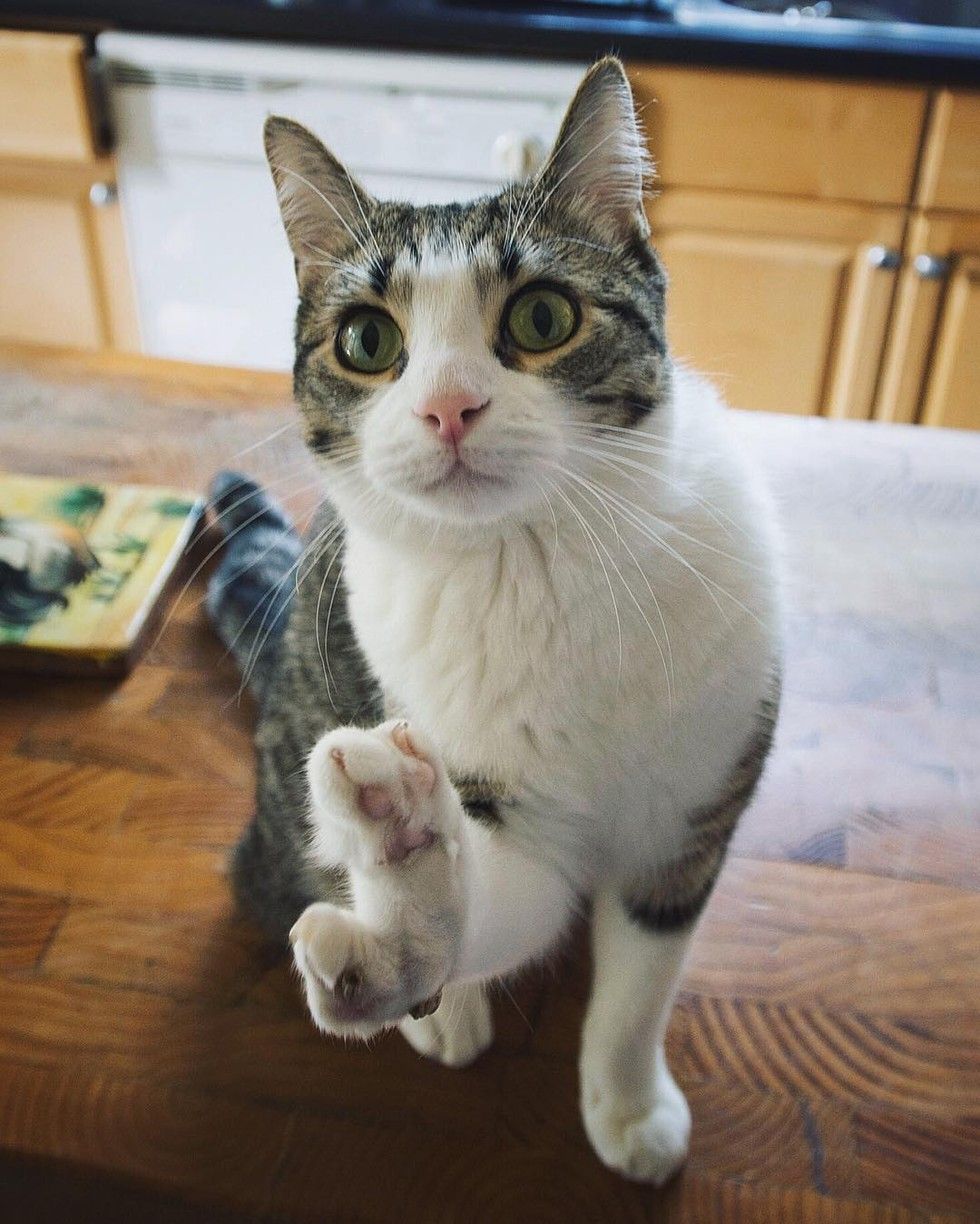 John decided to take a break from work and went back to the shelter. After seeing Lobstah again and another cat, he couldn't stop talking about the special little kitty.

"Finally, Leda's client, with foils in her hair during a color application, said, 'Just go get him.' 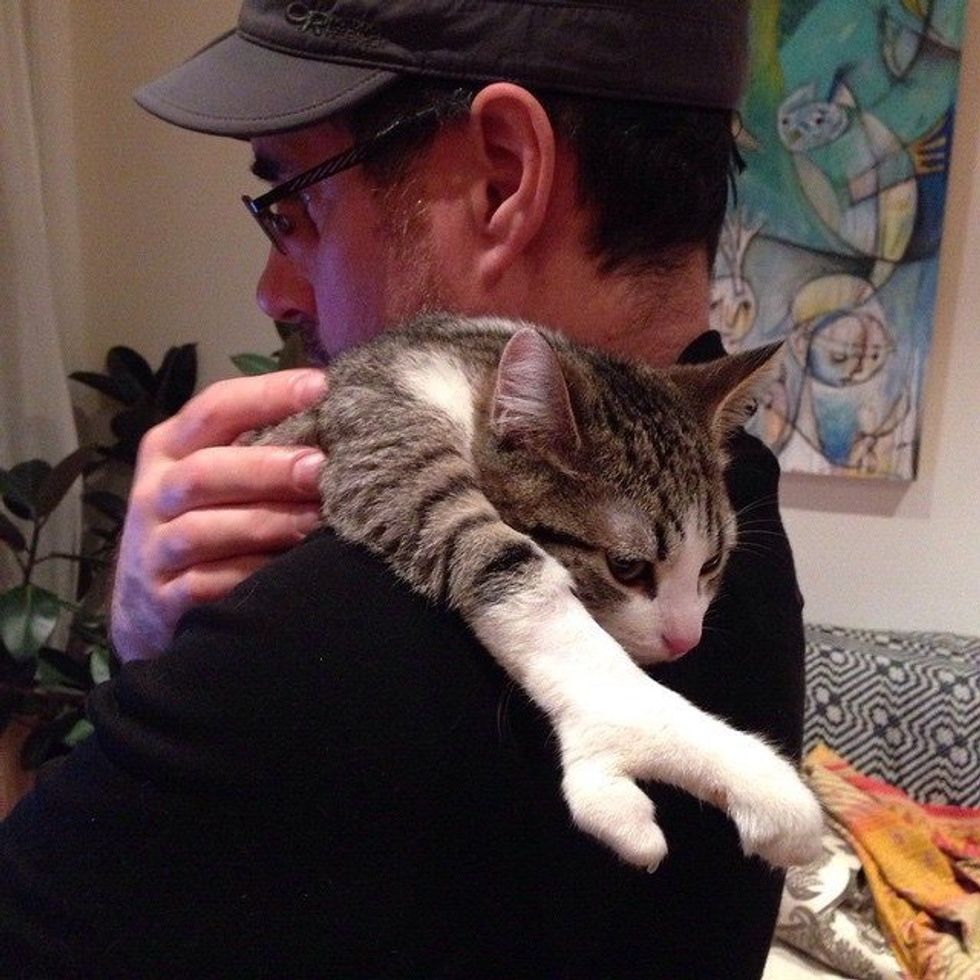 No one expected this little guy to beat the odds stacked up against him, but his will to live was so strong that he conquered one obstacle after another.

Now he's found the most comfortable laps to nap in. Lobstah is loving his forever home and his loving humans, and couldn't be happier. 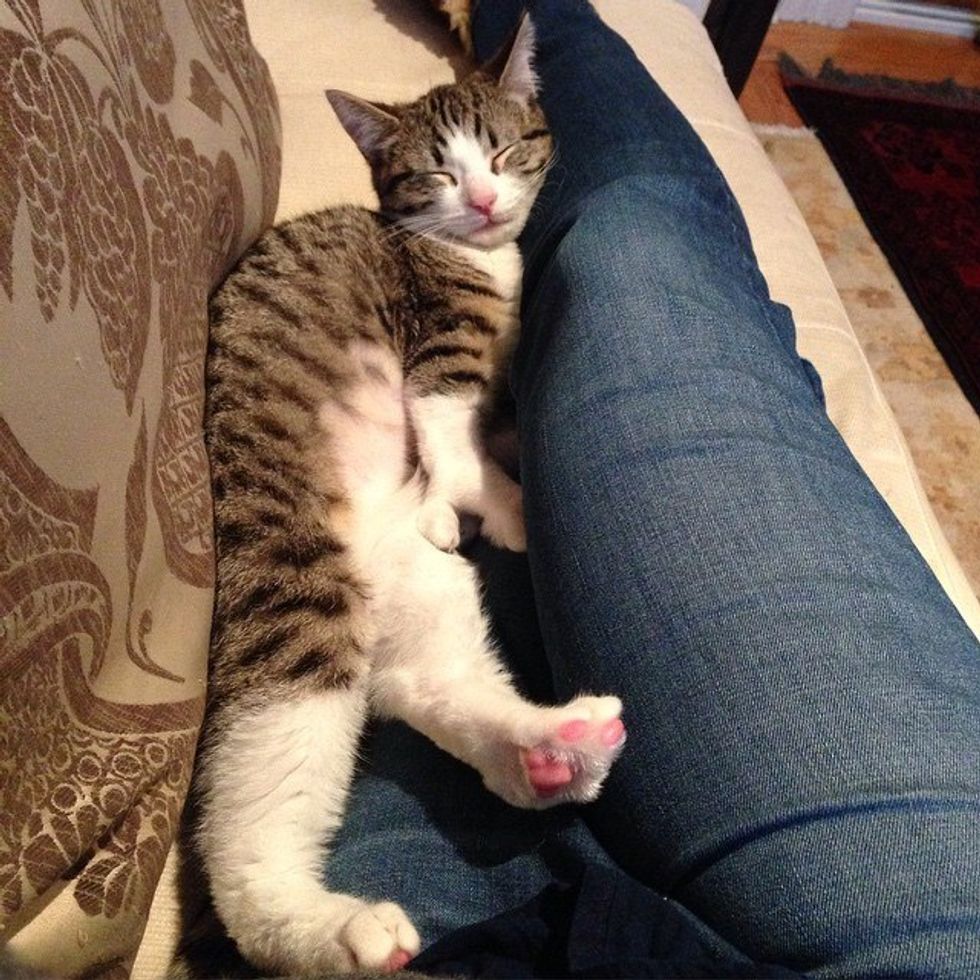