A rescue kitty with a heart condition gets an "Iron Man" vest to help protect his heart.

This little guy was born with a condition where his chest cavity had not fully closed. "(His heart) beats right there, under his skin and soft kitten fur," BARCS Animal Shelter, rescue group in Baltimore, Maryland, said. 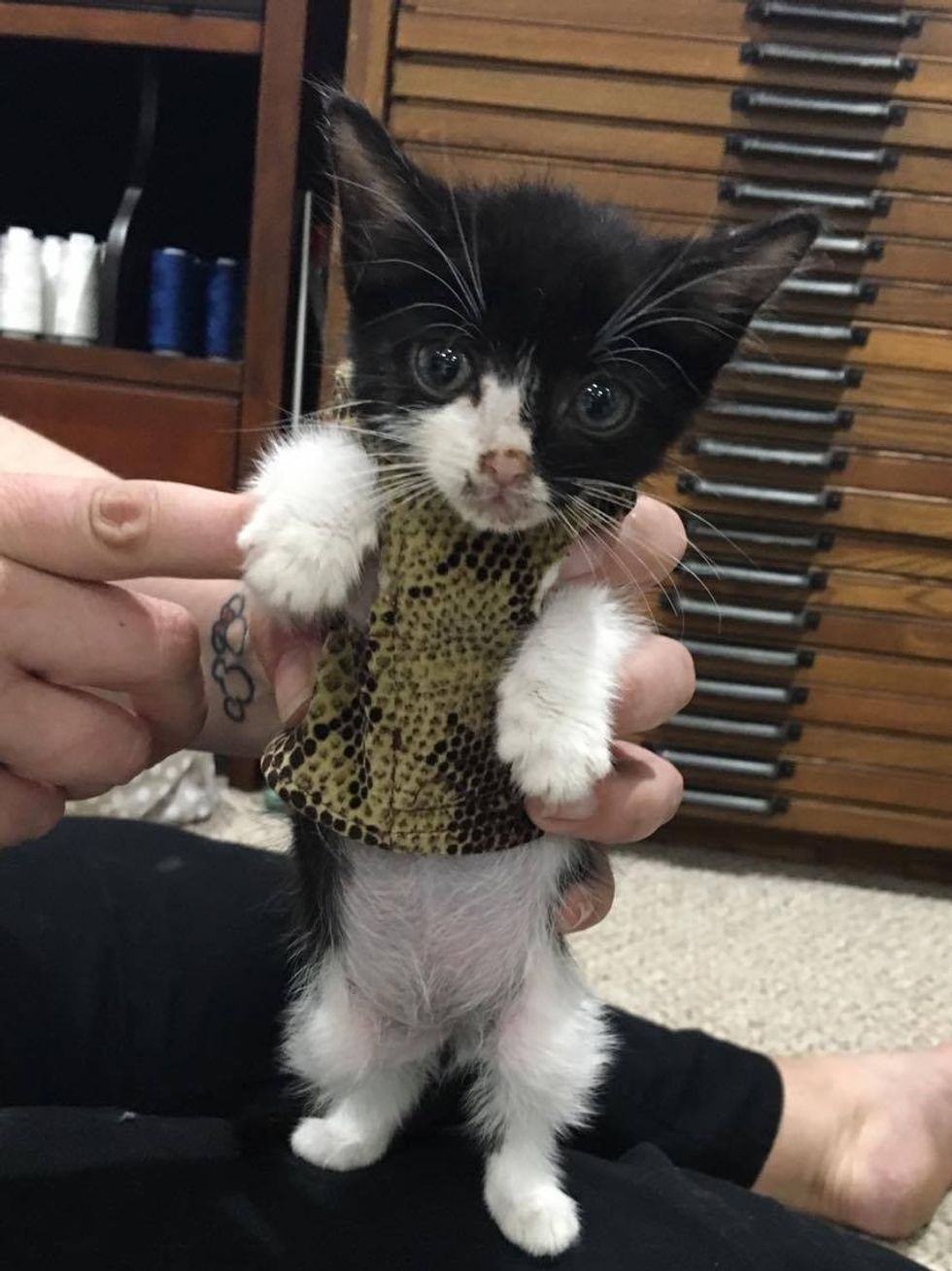 When the kitty just arrived at the shelter, they weren't sure if he would survive, but his foster mom, Lesley, saw the fight in him and knew they had to give him a chance.

"Even if just for a night so he could feel love," she said to BARCS.

When Stark came to the shelter, his name was Joy, but Lesley's son thought another name would be more fitting. He thought about 'Stark' after Tony Stark, the Iron Man comic character, who got a chest plate to protect his heart.

Little kitten Stark is very vulnerable even by the slightest amount of play. "If you know the Marvel Comics story, Iron Man's armor was designed to prevent the piece of shrapnel he received in battle from traveling to his heart and killing him."

As the kitten became stronger and bigger every day, Lesley thought, perhaps she could get the kitty his very own protective, Iron Man-like suit to keep him safe. 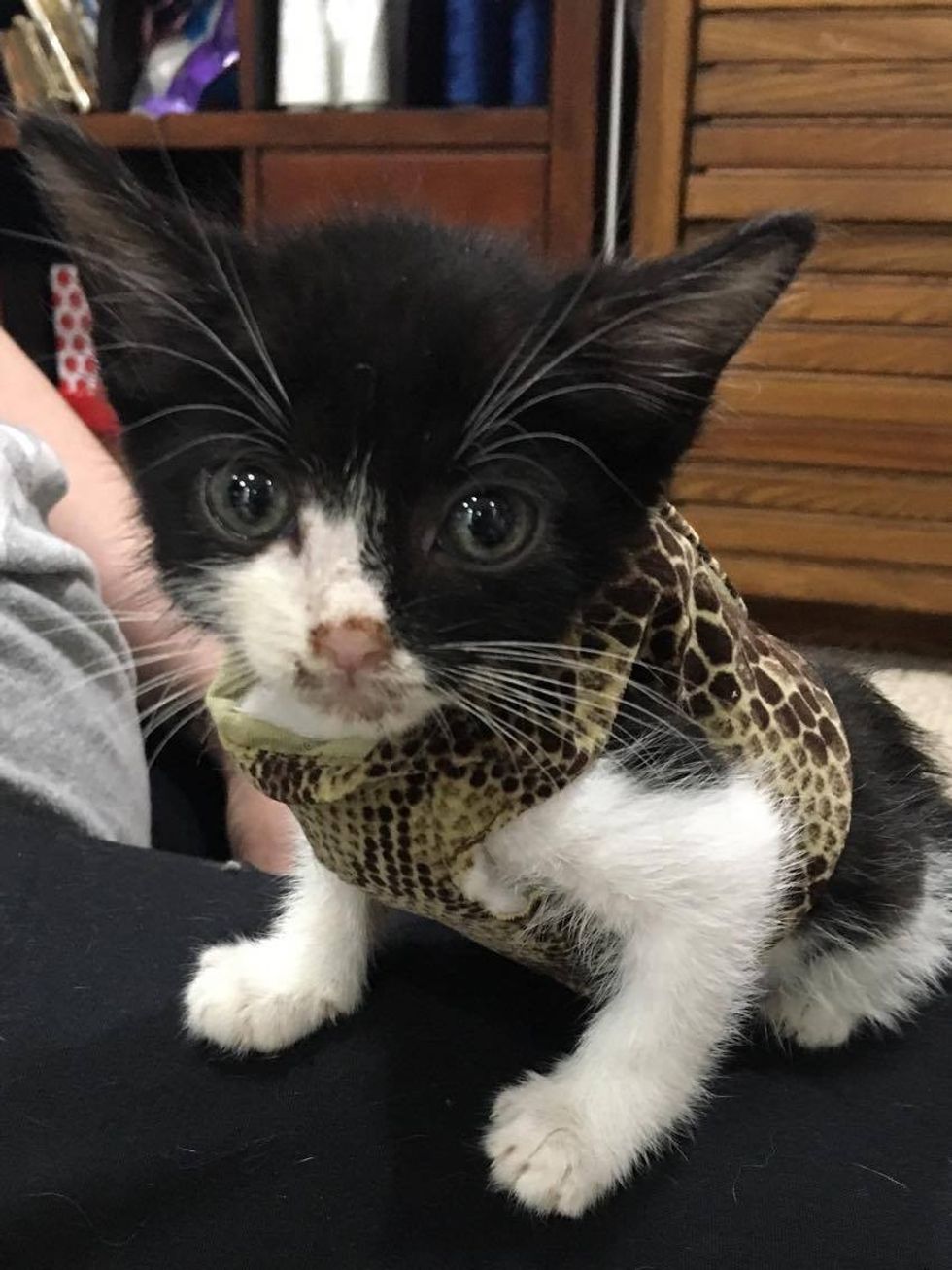 "She's reached out to our big BARCS volunteer database, to see who might be able to construct such a thing. Long-time volunteer Cindy G. was up for the challenge. She started with a small jacket that has semi-hard material on the chest, which Stark took to right away. She is now working with a company that will be making custom molds for Stark's jackets."

Stark is thriving in foster care. He's a happy, playful little guy who is a bit clumsy at times but has a big heart.

This is Stark, and what you see in the video below is his big heart beating.

"As long as he is happy, we are happy to keep making him super hero suits. He's pretty extraordinary and brave, which in our minds is just about all you need to save the world."

Related story: Girl's Love for Her Special Needs Cat Has Sealed the Hole in His Heart Heart