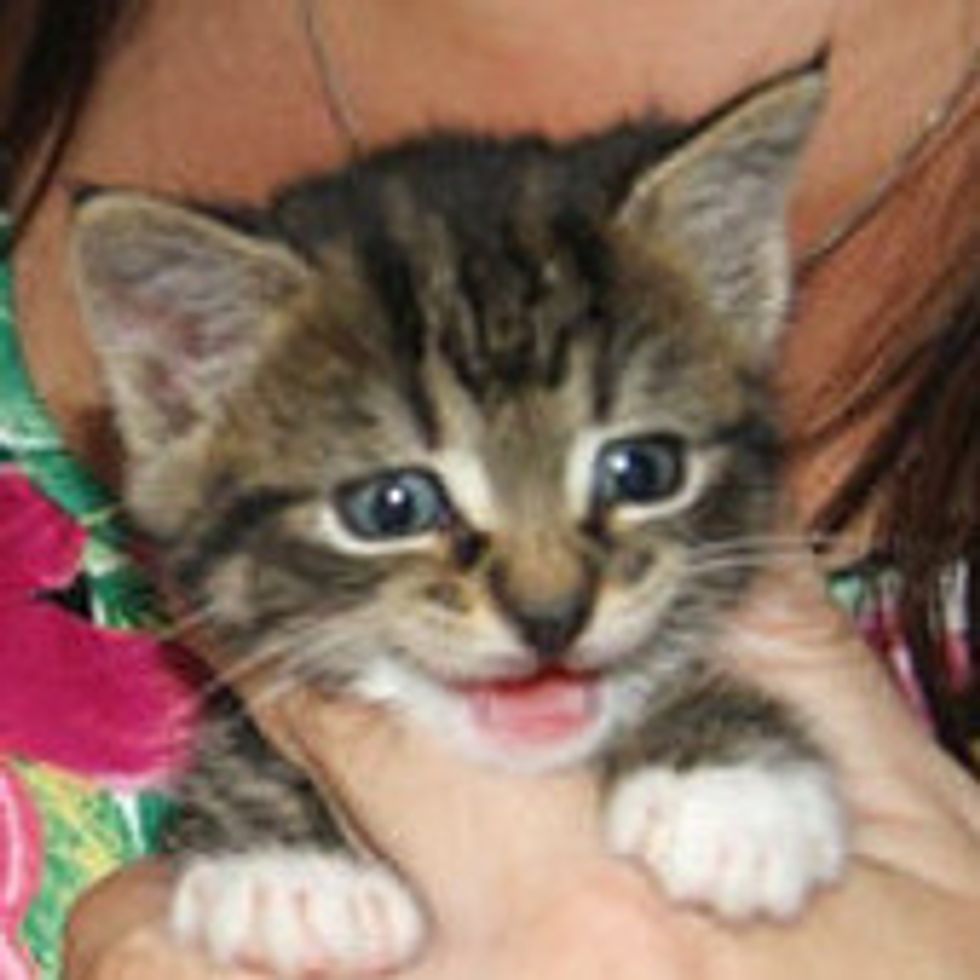 It's hard to believe that Mika, an adorable tabby cat, was once unwanted, but his life made a 180 when he found the people who saved him.

"He's about 6 weeks old and was orphaned soon after being born. We were offered him seemingly at random by his owner outside of a shopping centre, after being told that he'd be put down if no one took him. We didn't hesitate at all to welcome him into our family," said Jordan O. who rescued Mika (cuteoverload).

Today, Mika has not only gained a loving forever home, he's also found his voice in the family, and he's not afraid to use it. The little guy gets along with the family dog and they often watch TV together, but of course Mika takes full control of the remote.

Mika the orphaned kitty given a second chance

He feels safe and loved. He's found his voice in the family and is not afraid to use it.

Mika and his TV buddy the dog. Of course, he takes control of the remote and what to watch.

Photos by Patti via Cuteoverload. Thanks to Jordan O. for the rescue.