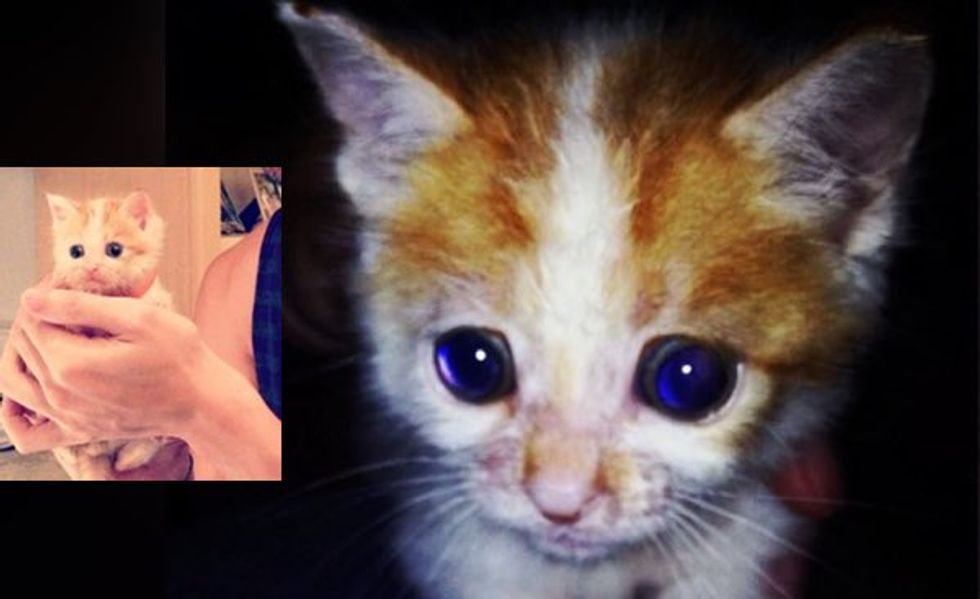 Little Rescue Kitten Beats the Odds. You Will Be Inspired by His Bravery!

This tiny kitty has beat the odds and made an amazing recovery. He maybe small, but he has a heart like a tiger!

"We found a kitten left alone in the basement garage screaming for help, the kitten wasn't moving much and was leaning on his right side. We took him to the vet and discovered he had a dislocated ligament around the neck," Godfrey Gao wrote via Instagram.

The kitten could barely get up and walk without falling to his side, but the brave kitty refused to give up. They gave him treatments that he needed for recovery and a lot of tender loving care. In the next few days, the kitten started to show signs of improvement and a strong will to live. He began to drink and eat on his own and even roll on his back, wanting to play.

They gave the little kitty a neck brace to help him heal. It didn't bother him at all and he even waved his paws in the air, trying to get attention from the humans. "Isn't he brave? He's waving at us saying I'll be okay!" Godfrey added. (Instagram)

They named the little one Kitty Solo.

The neck brace was finally off 24 days after they found him.

Watch video: Kitty Solo, a few days after the rescue. He was happy to see his rescuers!

Watch video: A week later, he could stand up and walk on his own. What a brave little guy! Look at that cute stretch!

Kitty Solo has all grown up now! "(He) is very active and loves to play, he has a soul of an angel and is as strong as a tiger," Godfrey said.