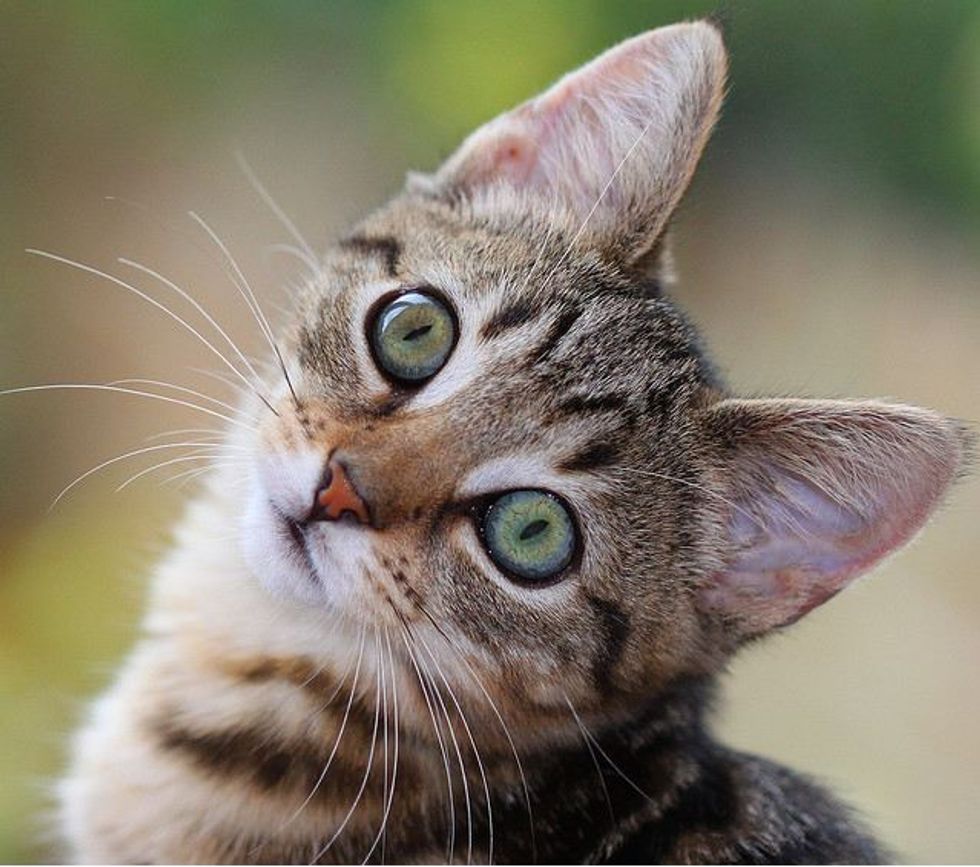 Maggie a beautiful tabby cat was found wandering on the street when she was 3 months old. "She was dumped on the side of a road in Dublin and found by a kind person who brought her to the local vet at Animal Welfare Clinic where we acquired her shortly after the passing of our elderly tom, Bonzo," said Steve Heron, Maggie's daddy.

When Steve got Maggie, she was a very timid little girl. "Maggie was very frightened when we got her home. We rather foolishly let her loose in our kitchen where she promptly hid under the dish washer and we couldn't get her out. Eventually we called in the DSPCA and a man came and simply pulled her out."  After that, Steve and his wife put her into a comfortable spare room with a litter tray and gave her some time and space to gradually adjust to her new home.

"My wife, who is really the catty person in our house, spent hours sitting with her and talking softly, but not trying to touch or pet her... just sitting and very gently getting acquainted. After some days Maggie let herself be touched and learnt to play games."

After a couple more weeks living in the spare room, Steve and his wife thought she was ready to come out. "We let her loose in the rest of the house. But first we got a fireguard and blocked off the fireplace." A few months later, Maggie even had her first adventure out in their back garden, exploring all the interesting things without worrying about her safety because she knew that mommy and daddy were there looking out for her.

Maggie has slowly gained confidence and happiness over time. "She came to live with us last June. She is now just over a year old and rules the roost in our house!"