A kind-hearted woman in Texas helped a lost kitty find his family thanks to a message on his collar. 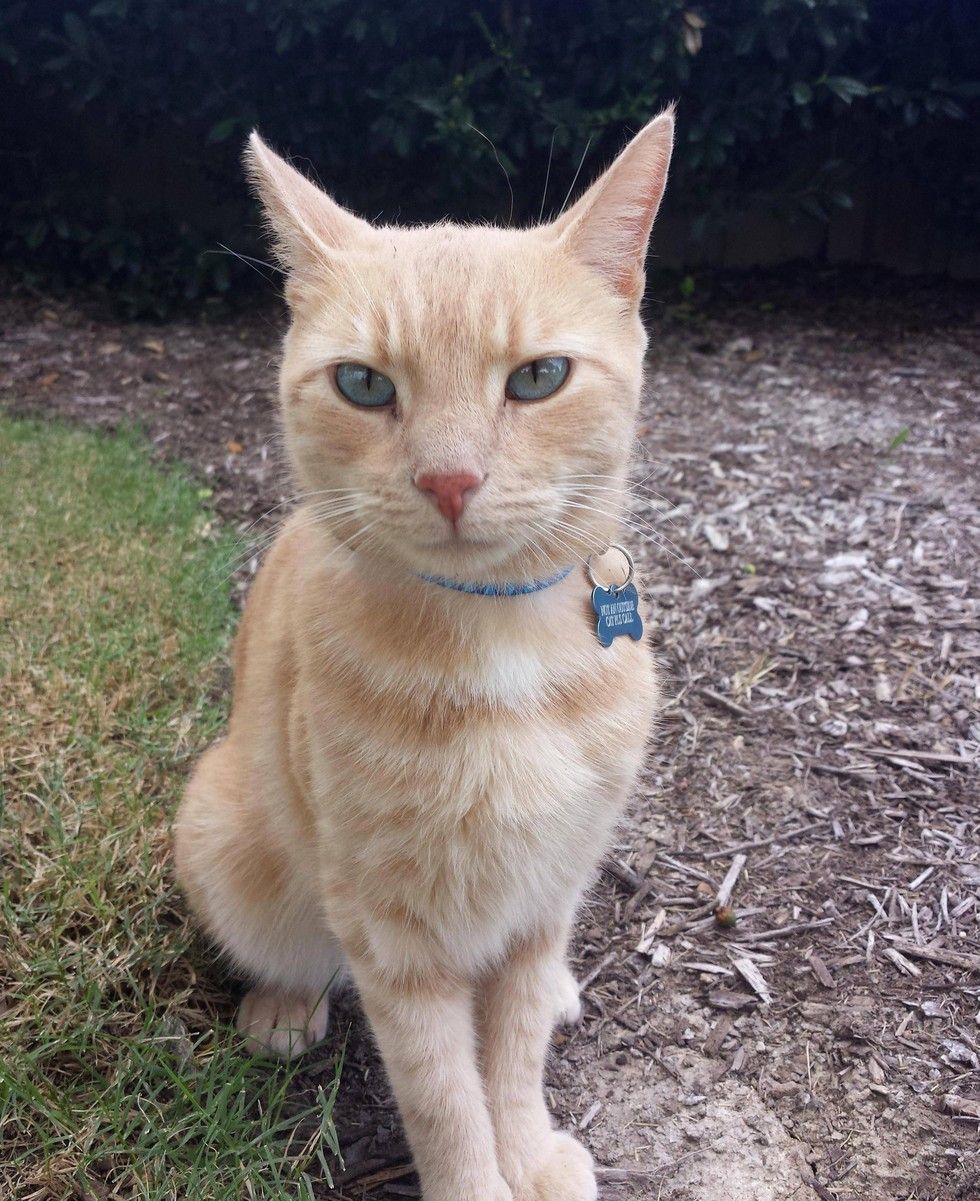 A woman was out jogging when she came across a cat with a collar wandering about all alone. Just the other day, she read a tip on reddit that said: "If you have an indoor cat, put 'Name (Indoor cat)' on the name tag. That way, if someone finds your cat, they will know that it is not supposed to be outside and call you."

On a whim, she decided to stop, hoping the cat would let her get near so she could read his collar. "Sure enough he had the exact kind of collar I read about on reddit.," MidgeGidge shares with Love Meow. "(It) said 'I'm an indoor cat'… I really couldn't believe it when I read it."

The kitty, named Jamie, was so happy to have a friend to interact with. "I honestly thought he would run but he meowed, rolled over on his back, rolled in the mulch and let me pet him," she said. "I think he wanted to go home." 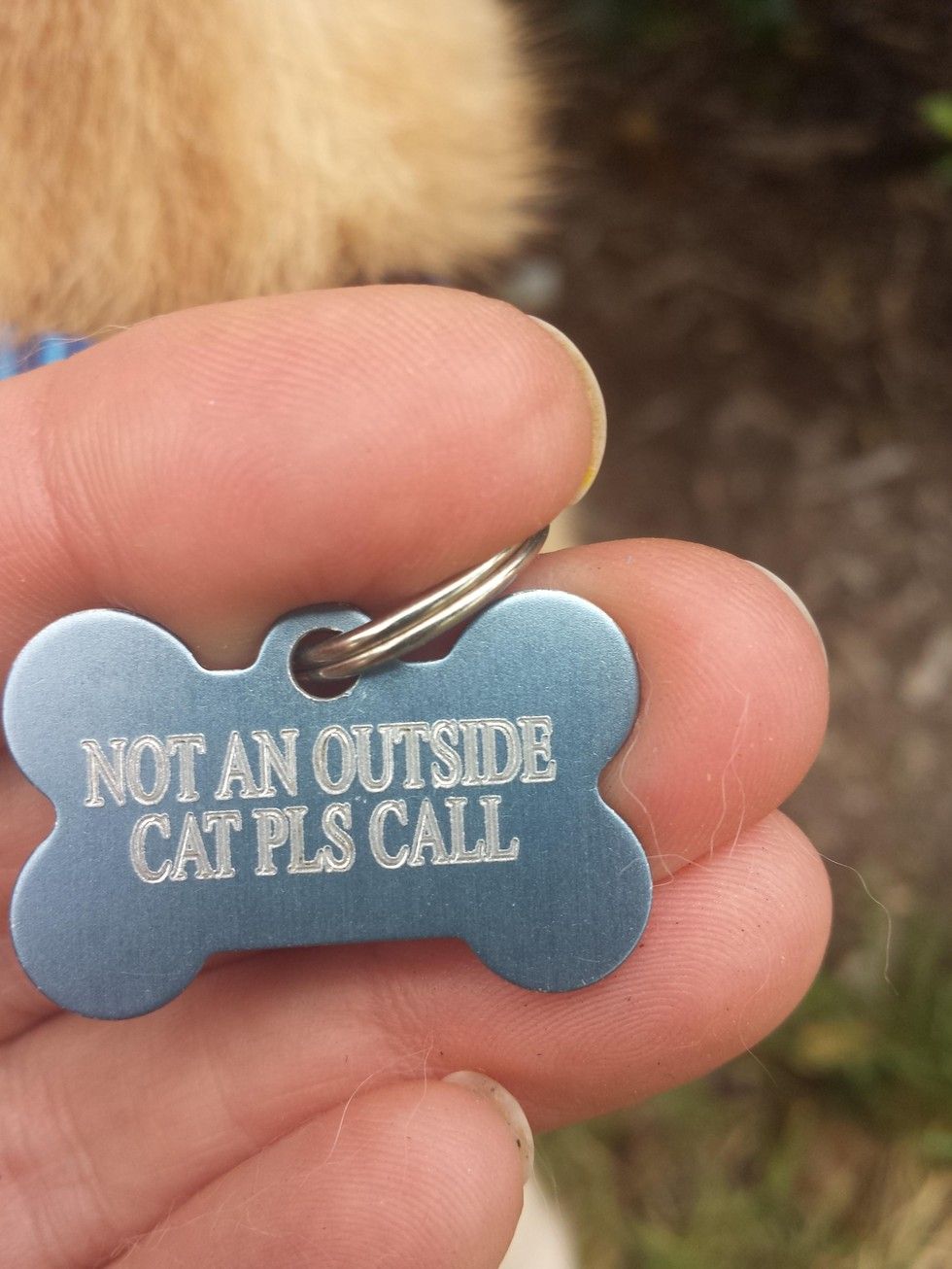 The kind woman immediately called the number printed on the tag, but the call wasn't answered, so she waited with the cat, hoping the owner would call back. "I walked over to get into the shade and he followed me over, rubbed on my leg and meowed. I think he knew I was going to get him home somehow."

As she was taking some pictures to send to the owner, the person called back. "They were overjoyed because he had gotten out and was pretty far from home," she said.

"His owner said he crossed some pretty busy streets to get to where he was last night, so we may have in fact saved his life." 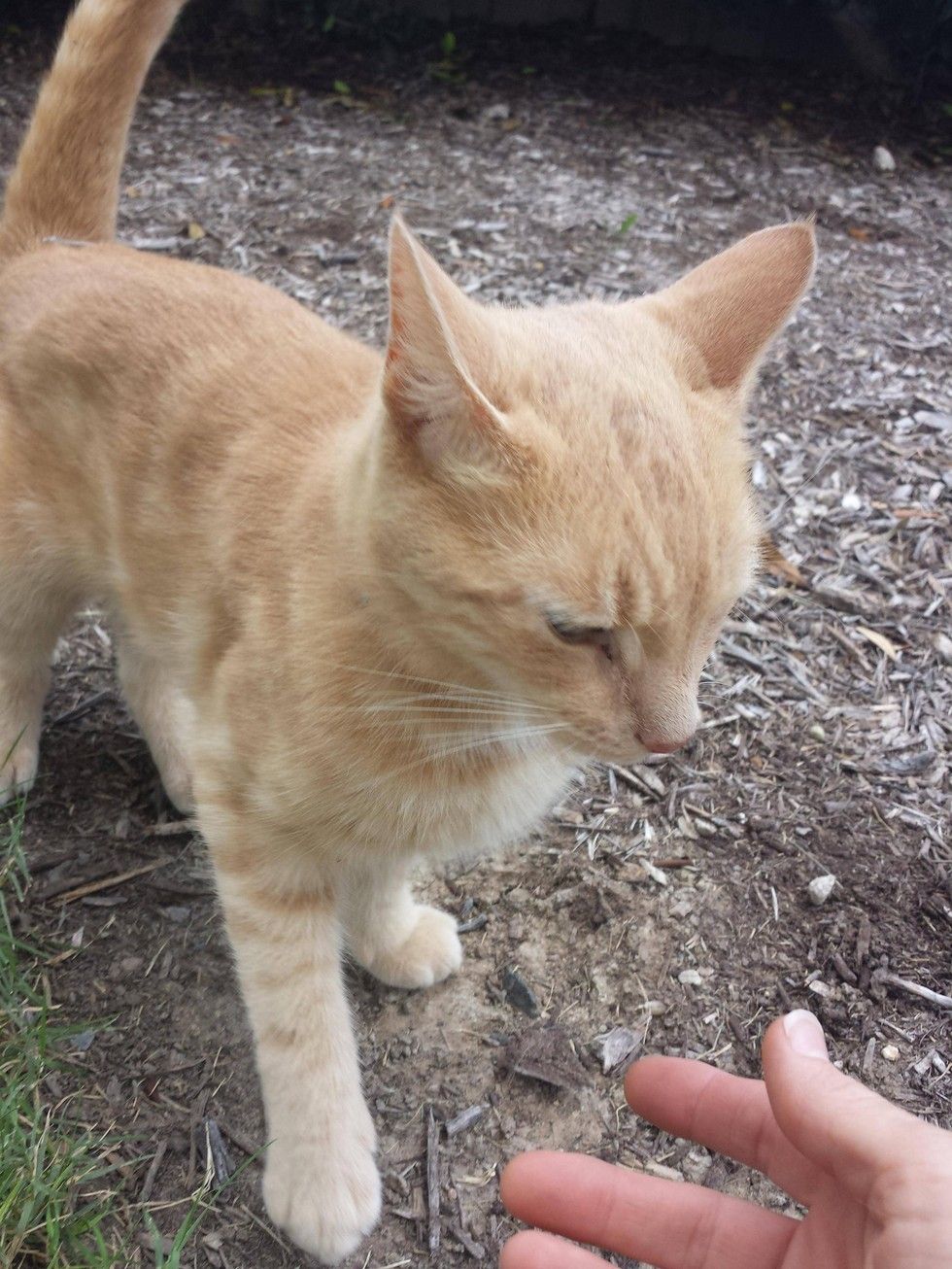 "He was beautiful, and so sweet. He just sat with me, and let me pet him until mom drove up."

"When she drove up and I carried him over… she was so happy to have him back," MidgeGidge told Love Meow.

"I always tell myself to trust my gut, and for some reason my gut said, stop and check on this cat, maybe he doesn't belong out here," she said. "I'm really glad I stopped. It's crazy how something like this can carry over and keep me smiling today." 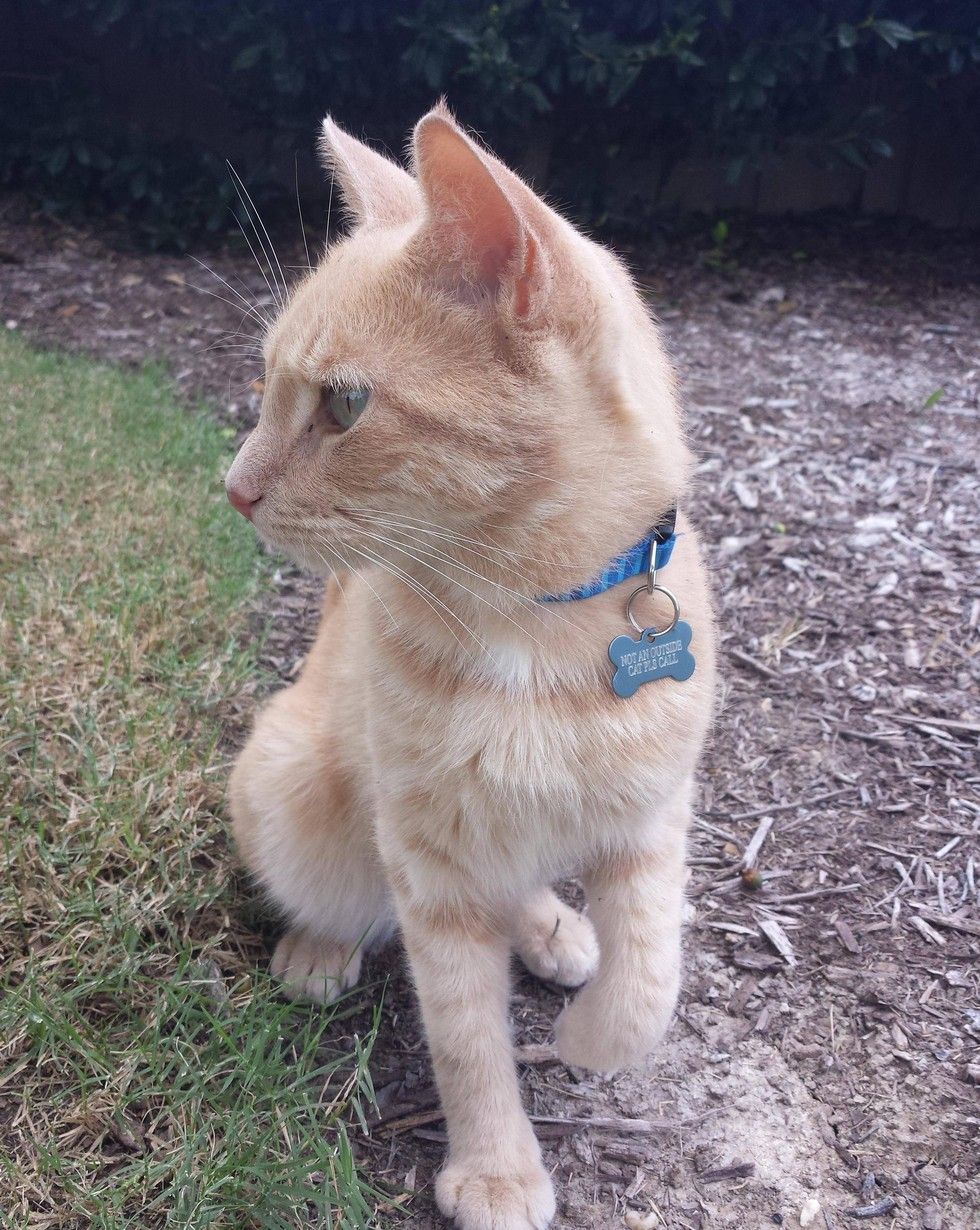 Jamie is home, safe and sound! Share this story with your friends.

Related story: Missing Cat Finds His Way Home on a Train, Even Got Off at the Right Stop!