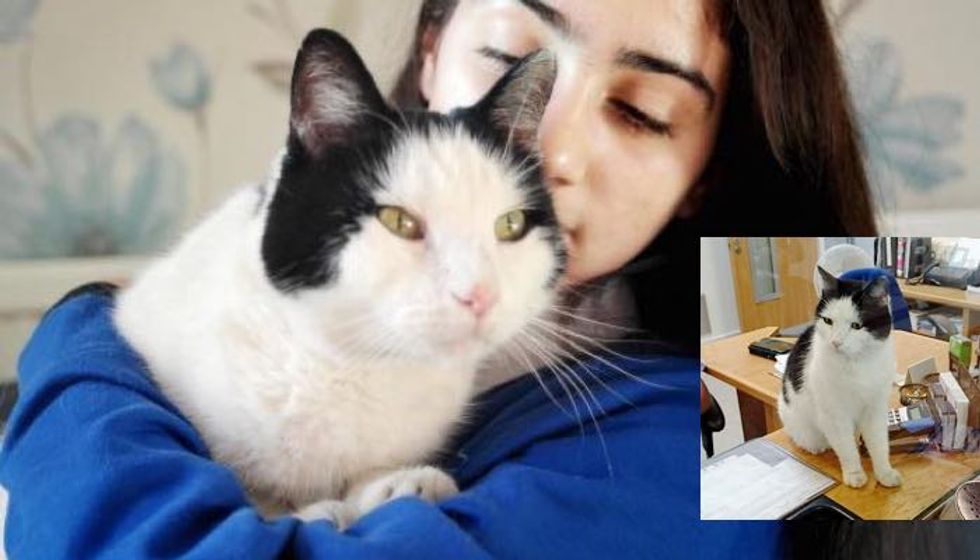 Missing Cat Finds His Way Home on a Train, Even Got Off at the Right Stop!

This cat who had gone missing for two weeks surprised everyone when he found his way home on a train and even managed to get off at the right stop.

Charlie the 13-year-old cat, who only moved to Accrington (England) in April, vanished from his home and was nowhere to be found until he turned up at a busy train station in the town.

The station staff believe that Charlie must have boarded a train at Colne and traveled seven stops before getting off at Accrington.

"I've never in my life known anything like this," Andy Richards of East Lancashire Cats said.

"After we looked after him at the station, he is seen here supervising the ticket office," said rail staff Steven.

"I was at the shop as normal on Monday when one of my friends called to tell me a cat had just gotten off the train and was sat on the platform," Andy added.

"We couldn't just leave him there on the side of the train platform so I went up with a cat carrier and picked him up and took him back."

Andy Richards picked up Charlie the cat at the train station and took him into his rescue center. Photo by East Lancashire Cats

They scanned the cat for a microchip at the rescue center. "I didn't think he would have one as most strays don't and you're working in the dark a bit but I was amazed to find that he did, he was a very friendly cat."

Reuniting Charlie with his family! Photo by East Lancashire Cats

They got an address in Warrington and a number but it was out of service. "I put a post up on Facebook hoping someone would recognize him, and my friend Jo White from Paws and Claws rescue said 'that's Charlie'.

He had been rehomed from Warrington to Accrington. It looks like he had been off on an adventure, like he went on holiday for two weeks," Andy said.

"There are seven stops between Colne and Accrington, how did he know which one to get off at? That to me is the most amazing part of the whole story."

Charlie has now been reunited with his family. "They were very relieved to get him back," Andy said.