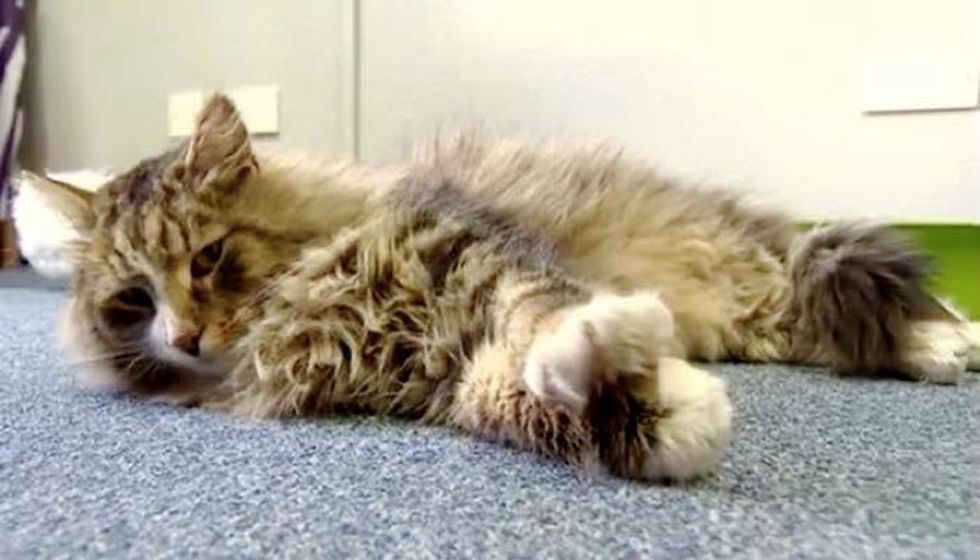 Missing Cat Surprised His Family After He was Found Bigger, Fluffier in a Pet Food Factory

A clever cat who disappeared from his home over a year ago, was found bigger, fluffier and happy in a pet food factory.

This two-year-old Norwegian Forest Cat named Clive went missing in December 2014. His family was devastated and put up flyers around the neighborhood and posts on social media, hoping to find their cat, but he didn't turn up.

They lost hope until last Wednesday when the family received a call about their cat who was found snoozing in a pet food warehouse just two miles from their home.

When the Kennelgate Pet Superstores got alarm calls from the warehouse at night because something kept setting them off, they went on an investigation and found the cat who had been living large, having free meals in the warehouse.

After they got the kitty, they sent him to the vet where they found a microchip.

When Tanya Irons met her cat after 14 months, Clive had doubled his original size and was fluffier than ever. He seemed well looked after or maybe Clive had been feeding himself quite nicely at a place where cat food was ubiquitous.

They were surprised to see how much bigger he had grown and were thrilled to have him back to the family.

A warm welcome home for Clive, the cat.

This is Clive before he went missing.

Before he disappeared, Clive was very close to his feline brothers.

After 14 months, they are back together!

What a smart kitty! Share this story with your friends!