Three People Save Cat from Living Under Off Ramp in Bitter Cold, Hours After the Rescue...

A kind person was on her way home after work when she saw something unusual on the side of the road.

Upon close inspection, she couldn't believe what she found—a black cat shivering in cold on the freeway, looking at the cars drive by. 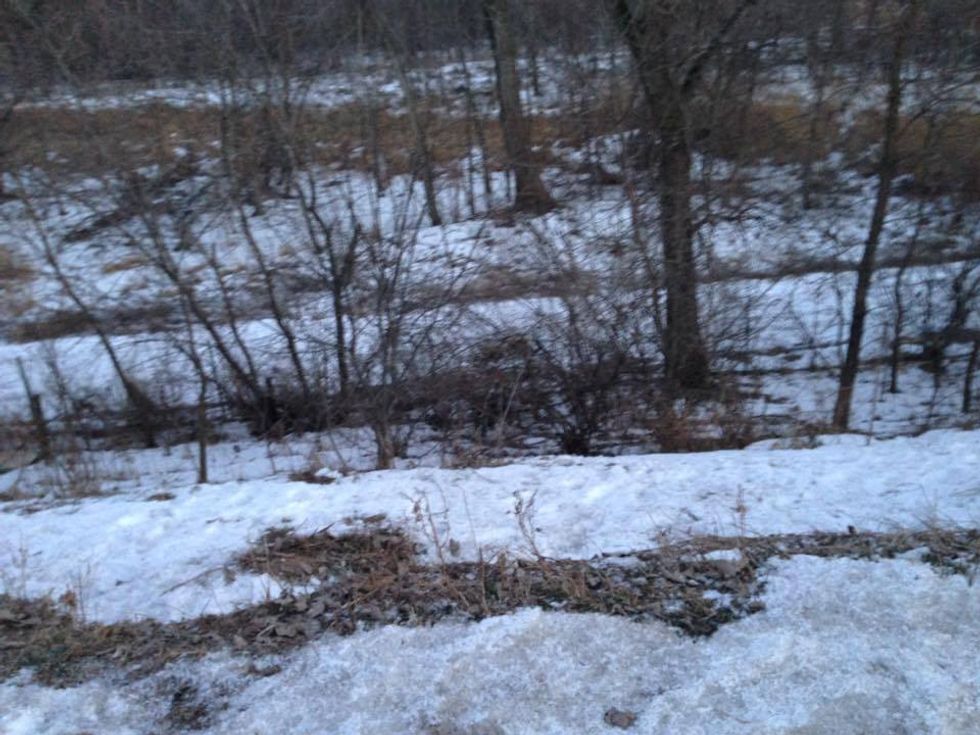 It was two degrees F (-17C) outside on Thursday (January 5th) in Minnesota. Char Gruber spotted the black kitty alone along the freeway covered in snow.

"He lifted one cold paw, then the other," Char said. "I went up to him and he dove into a 25' long drainage pipe and was living under the off ramp."

Gruber was determined to get the kitty out to a safe and warm place as the cold weather was relentless. "Three hours later, Carolyn Forinash Kirstine and I were trudging down a steep embankment setting traps."

Within minutes after they set up the traps, they heard the "clink" sound—they got the cat! 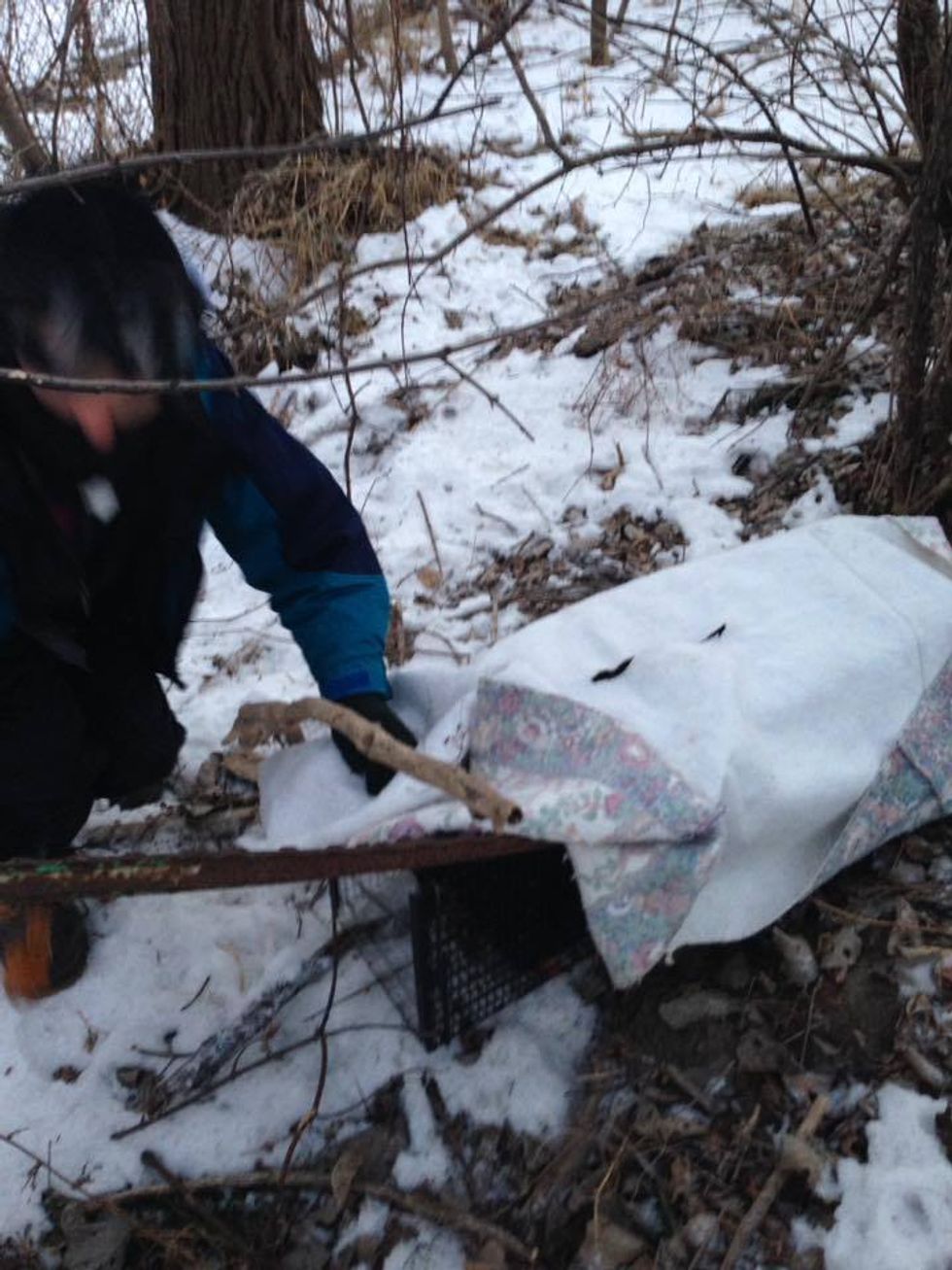 Anne Ciecko took the kitty to the vet to have him evaluated. That's when they found a microchip on him.

They immediately contacted the owner, Justin Frey, and learned that the cat had been missing since September 20th, 2015. His name is Freddie. 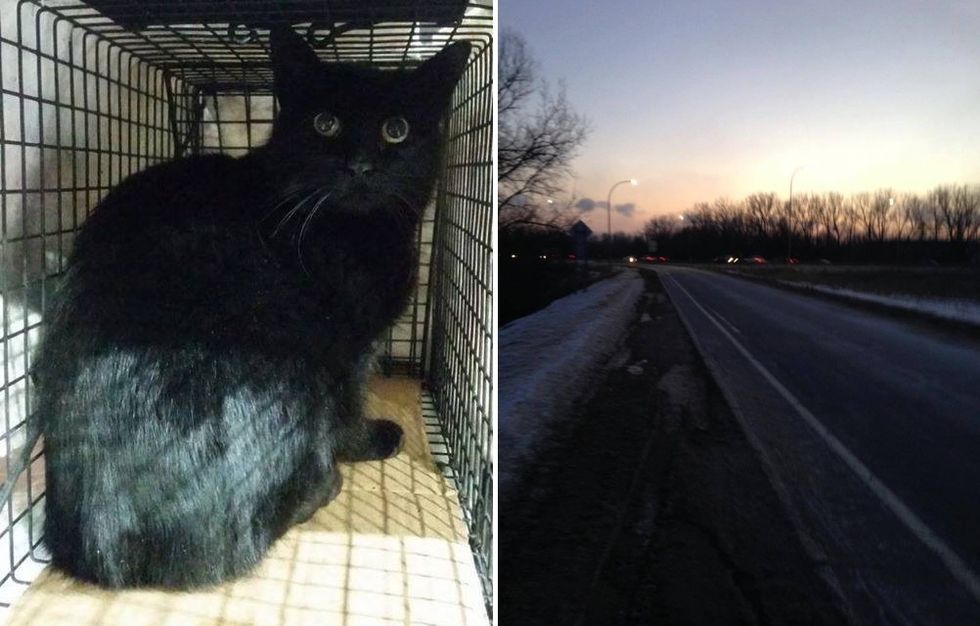 Freddie went home with Anne for the night before the reunion with his owner the next day.

"In five hours, Freddie went from living in 2 degree weather under an off ramp to going home," Char said. 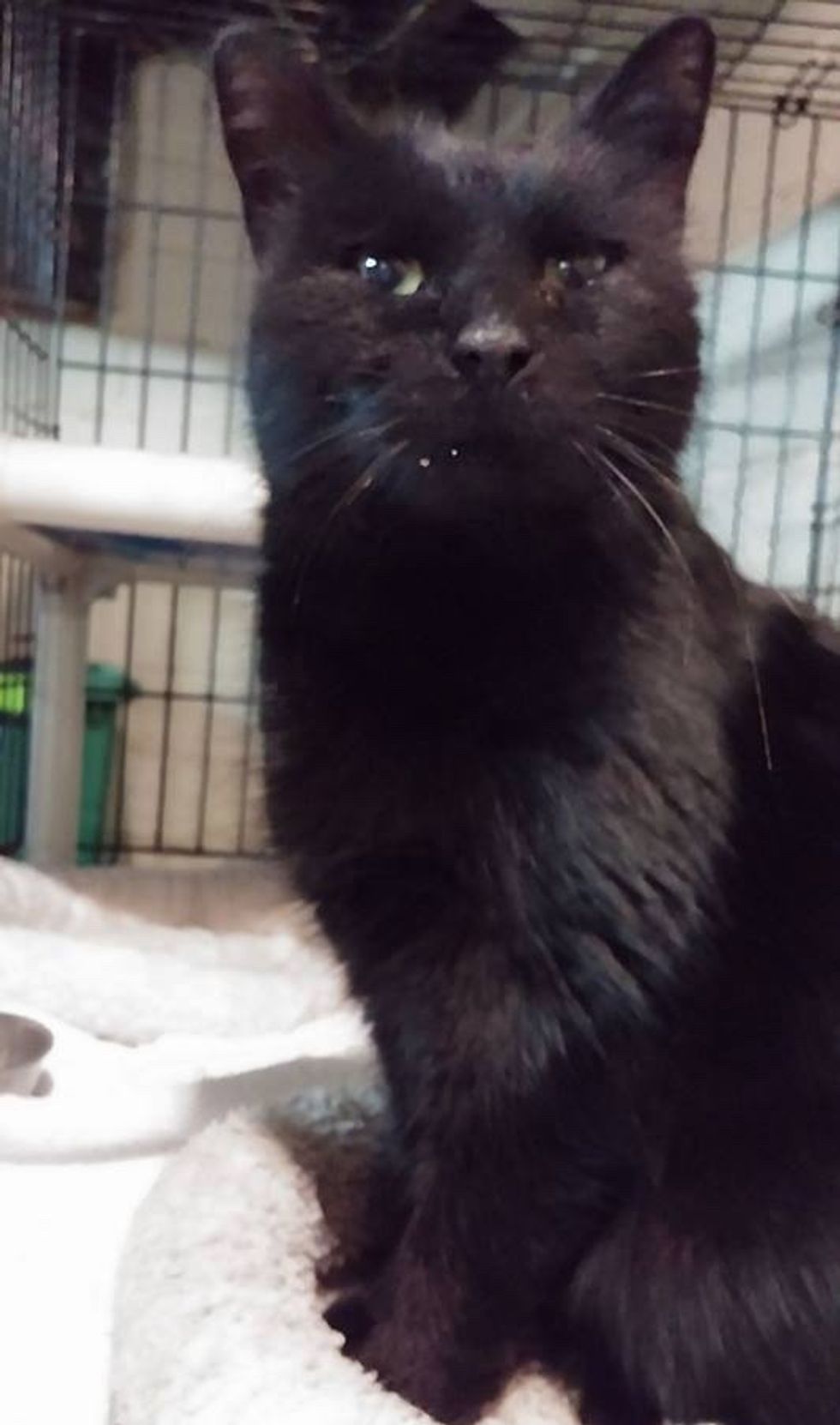 "Char took the time to turn around on a busy interstate to investigate Freddie on the side of the road, Carolyn helped trap Freddie, and Anne gave him a warm home for a night until I could pick him up. If it weren't for these three, and microchipping, Freddie would not be home," Justin said.

When Freddie and Justin were reunited, the kitty recognized his human and was so happy to be back in his loving arms. Freddie was found 16 miles from home, three cities away. 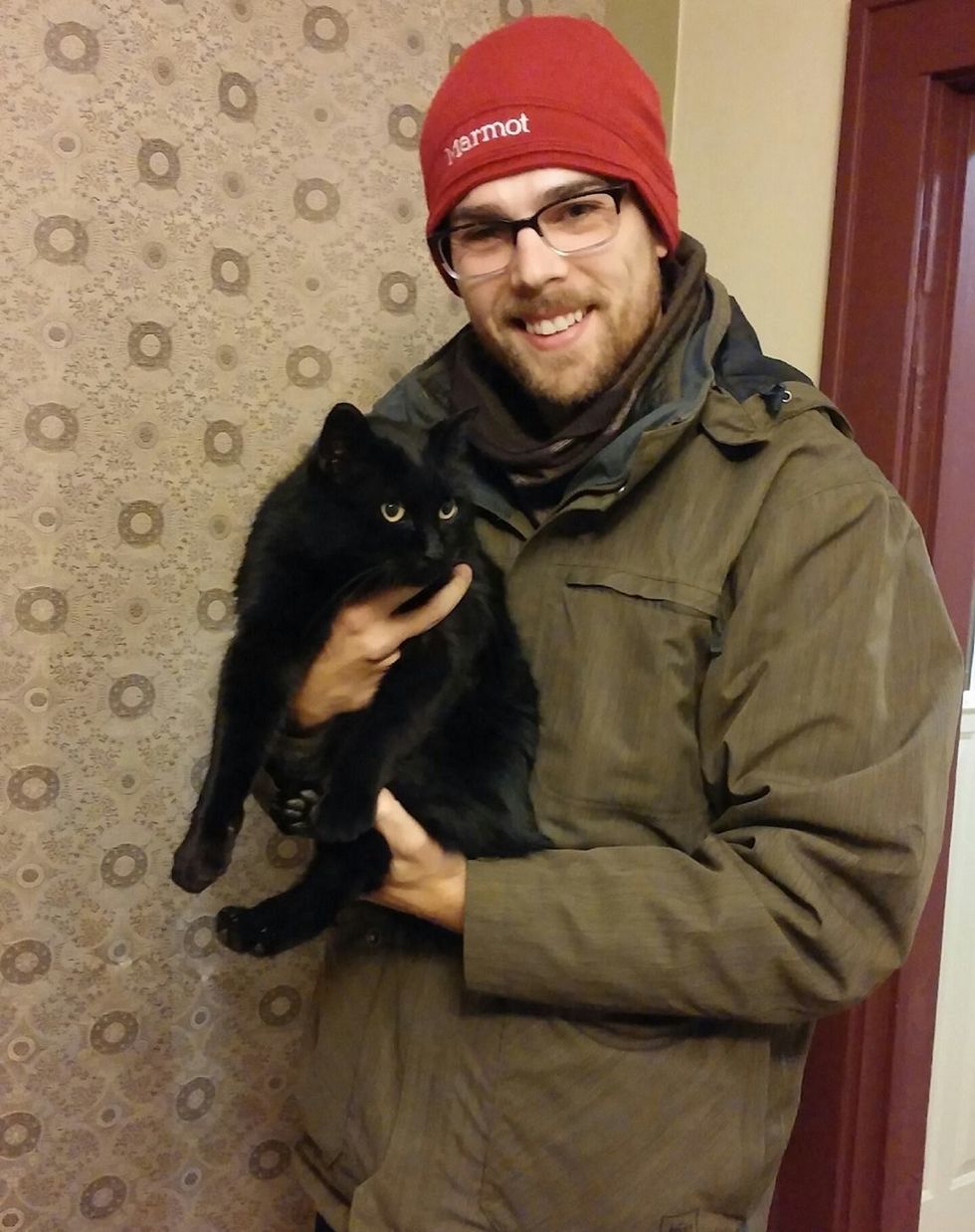 The kitty hasn't stopped purring since he was back home.

"Freddie jumped right onto my bed last night as if nothing had changed, and remains there this morning basking in the winter sun," Justin wrote. 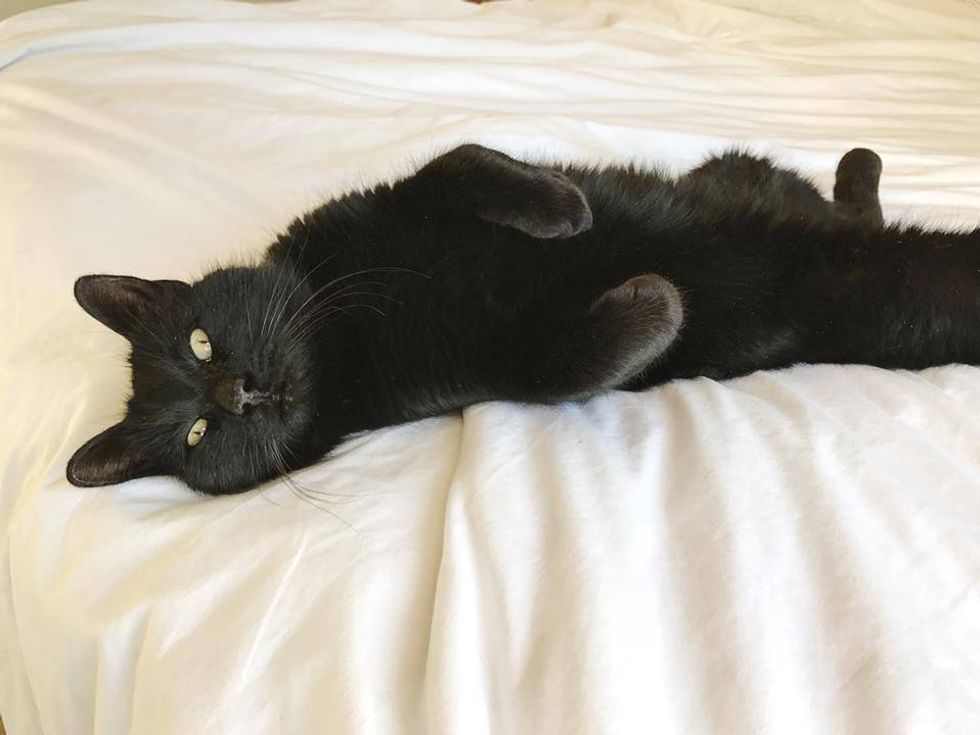 "As a kid, I lost a cat and to this day, I still wonder what happened to him," Char said. "Justin no longer needs to wonder (thanks to a microchip)."

Share this story with your friends. (Thanks to Cats, Beavers & Ducks for the great find)

Related story: Girl Surprised to Find Her Beloved Cat in Shelter After He Went Missing for 3 Years