This fluffy Norwegian Forest Cat kept being returned to the shelter because he wasn't happy. A young woman learned about his story and made it her mission to help him find happiness and love again. 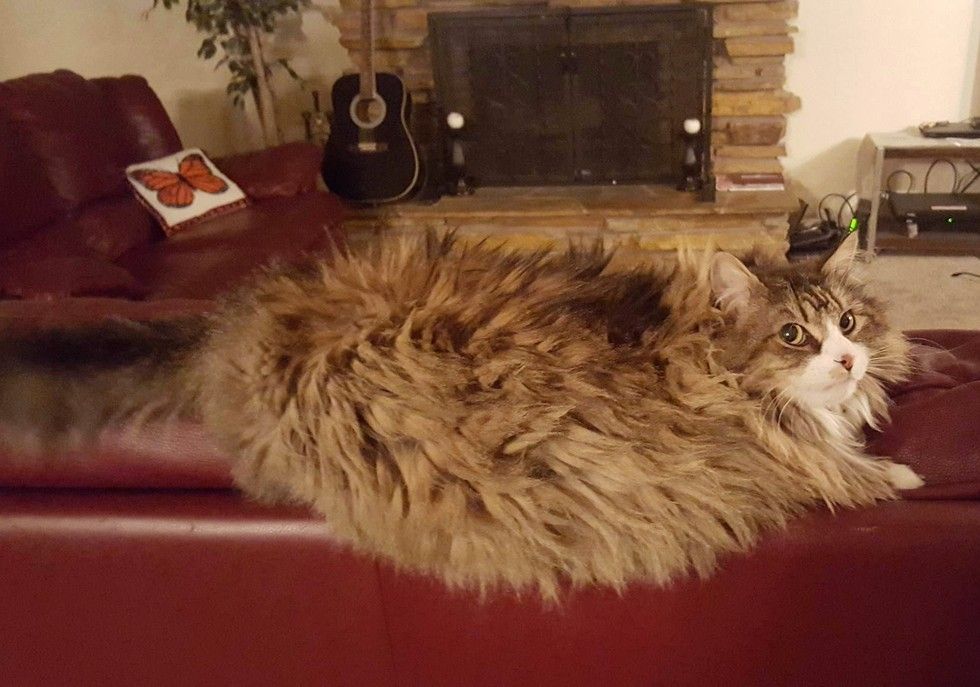 Before Lexy Daniels met Samuel, his first two years was not an easy ride.

"He was neglected and starved, then left behind when his owners moved," Lexy told Love Meow.

After being taken to the shelter, Samuel went to several homes but was returned. "He was a very angry, aggressive kitty. He kept getting taken back to the Idaho Humane Society because no one could handle him. But I just wanted to give him a forever home even if I couldn't pet him."

"My roommate at the time and I wanted to rescue a couple kitties. When we went to look around, I was horrified by his story. I felt so bad. He wasn't very nice and his fur was badly matted. He looked awful. But I just felt that he was depressed," Lexy said. 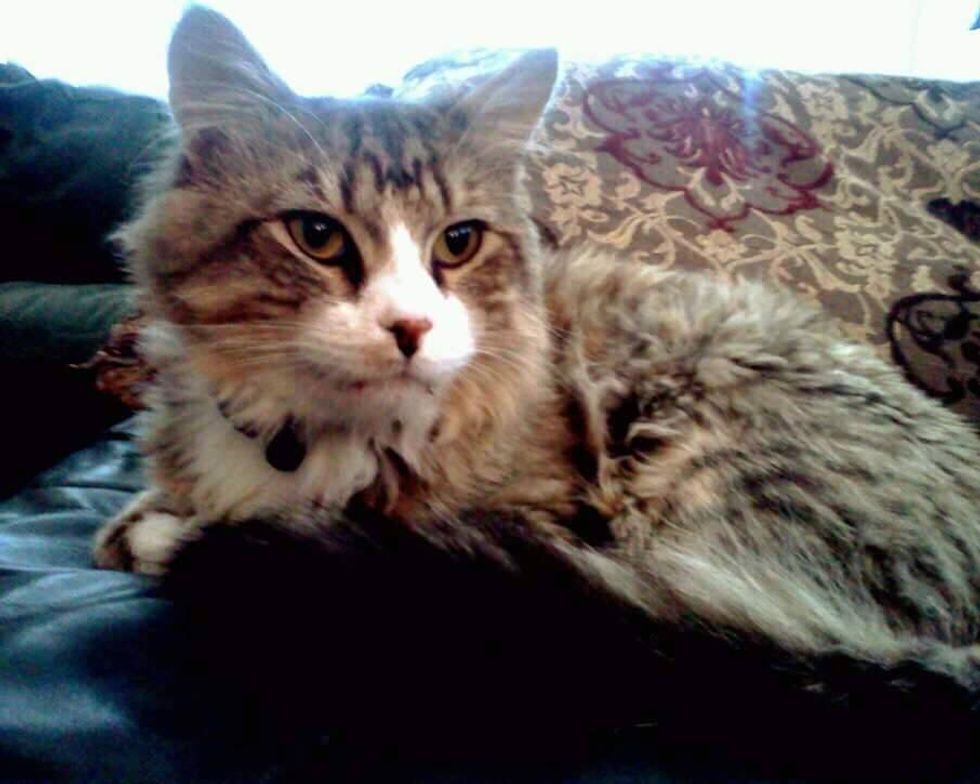 Deep down she knew there is something beautiful inside that tough exterior. She decided to take him home. "They warned me that it would be hard to hold onto him, but I just knew I had to keep trying."

Trying to win his trust.

"When I fed him, I always spoke calmly, got down on my stomach to talk to him, moved slowly, and praised him when he ate, hoping that would help. I wanted him to see that I could consistently provide for him. As a few weeks past, I would find him sleeping on the floor by my bed. Then after awhile, he would sleep by my feet. He still wouldn't let me touch him though," Lexy told Love Meow. 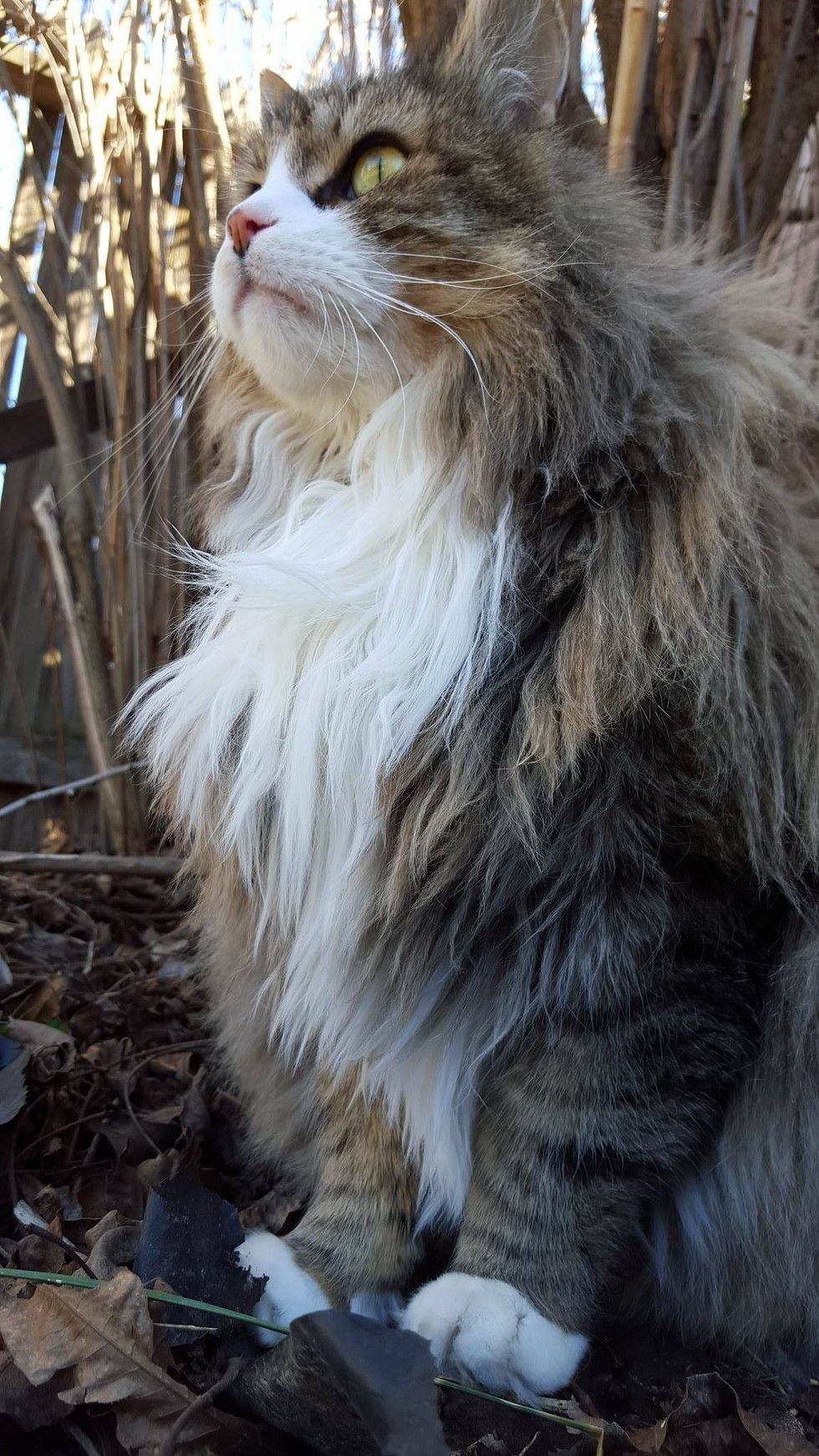 After 7 months of continuously trying to win his trust, suddenly, Samuel jumped into her lap and rubbed his head on her hand. "I was in absolute shock. It was also very touching," Lexy told Love Meow.

"To receive affection from an animal that I almost thought wasn't capable of giving it... I quickly found that he loves his cheeks being rubbed and that he wouldn't let me touch him anywhere else." 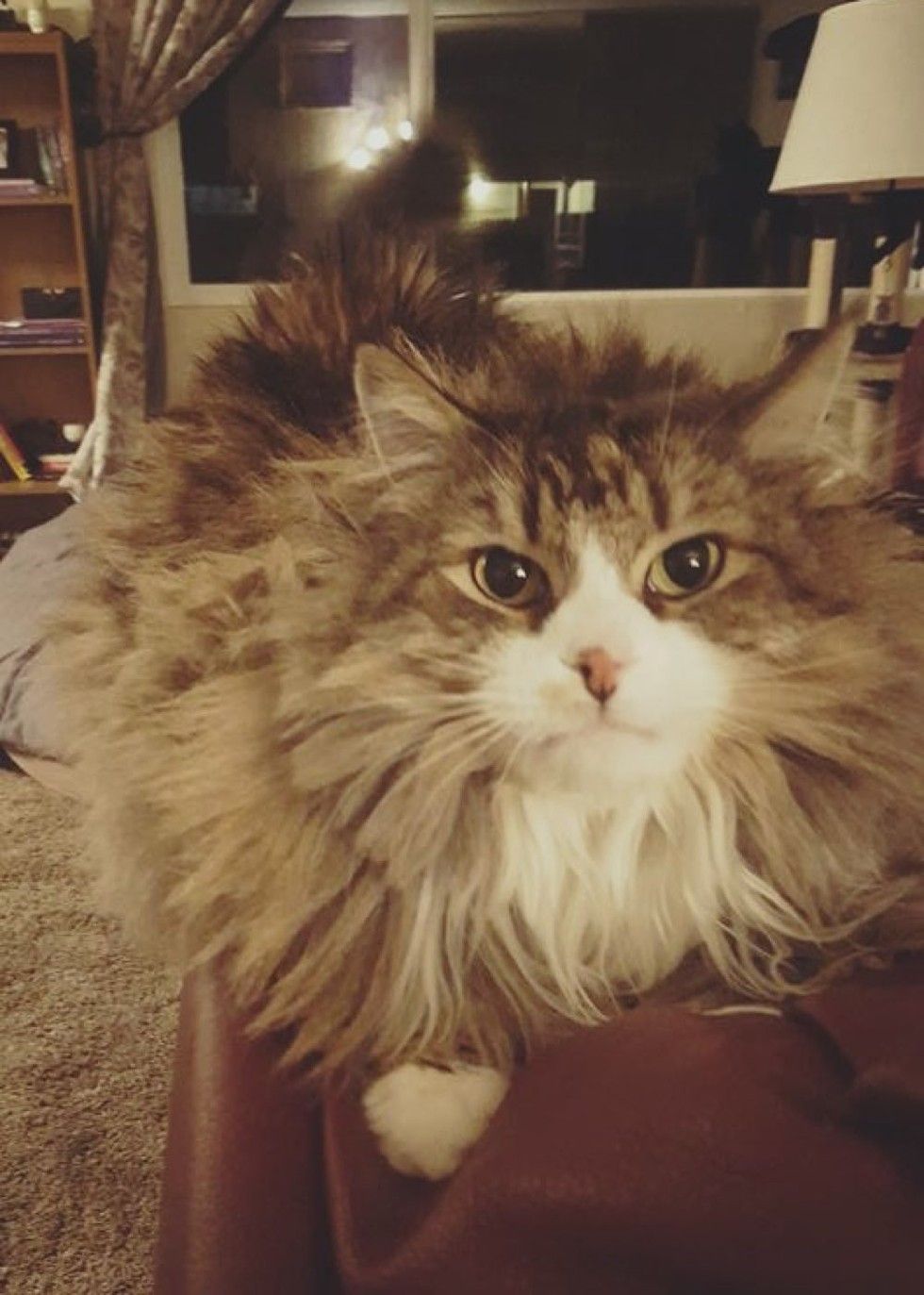 It wasn't until about a year and a half later, that Samuel started opening up more. He had learned that his human wasn't that bad after all and decided to sit on her lap every day while purring loudly.

"This will be the 5th year I've had him and the last 2 years, he has just blossomed. He runs all over the backyard. He jumps so high and plays freely. My hair ties don't last long and I can't go potty without him," Lexy told Love Meow. 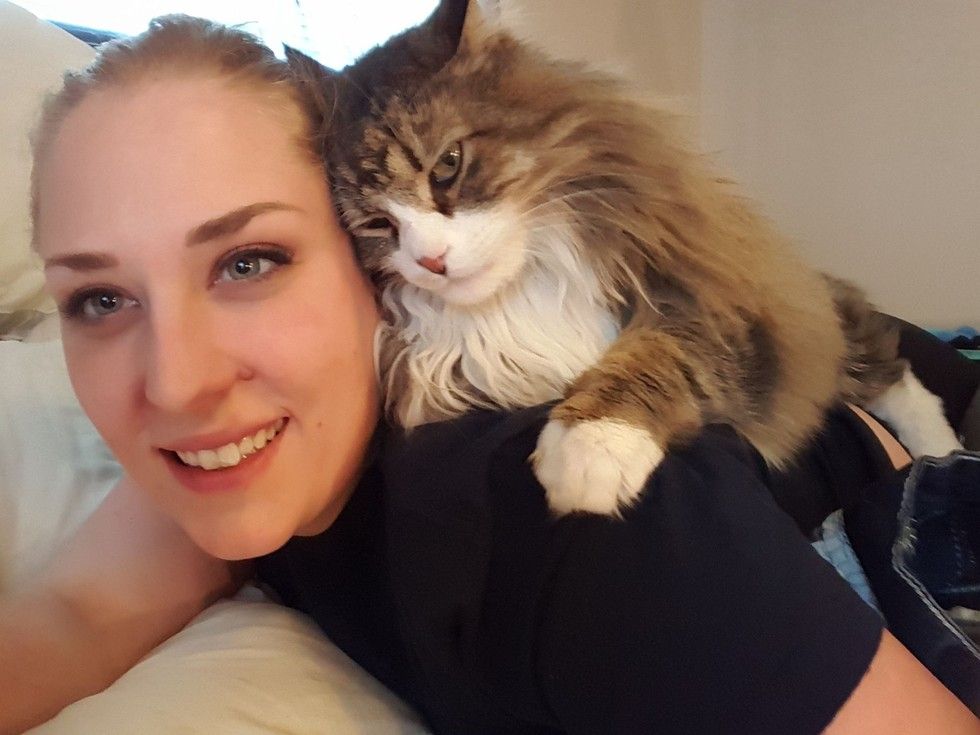 "He will only drink water out of the running tap and he takes up my favorite side of the bed. Even though I still can't touch his belly, he only asserts his strength now to get what he wants, and that's cheek rubs and the left side of the bed." 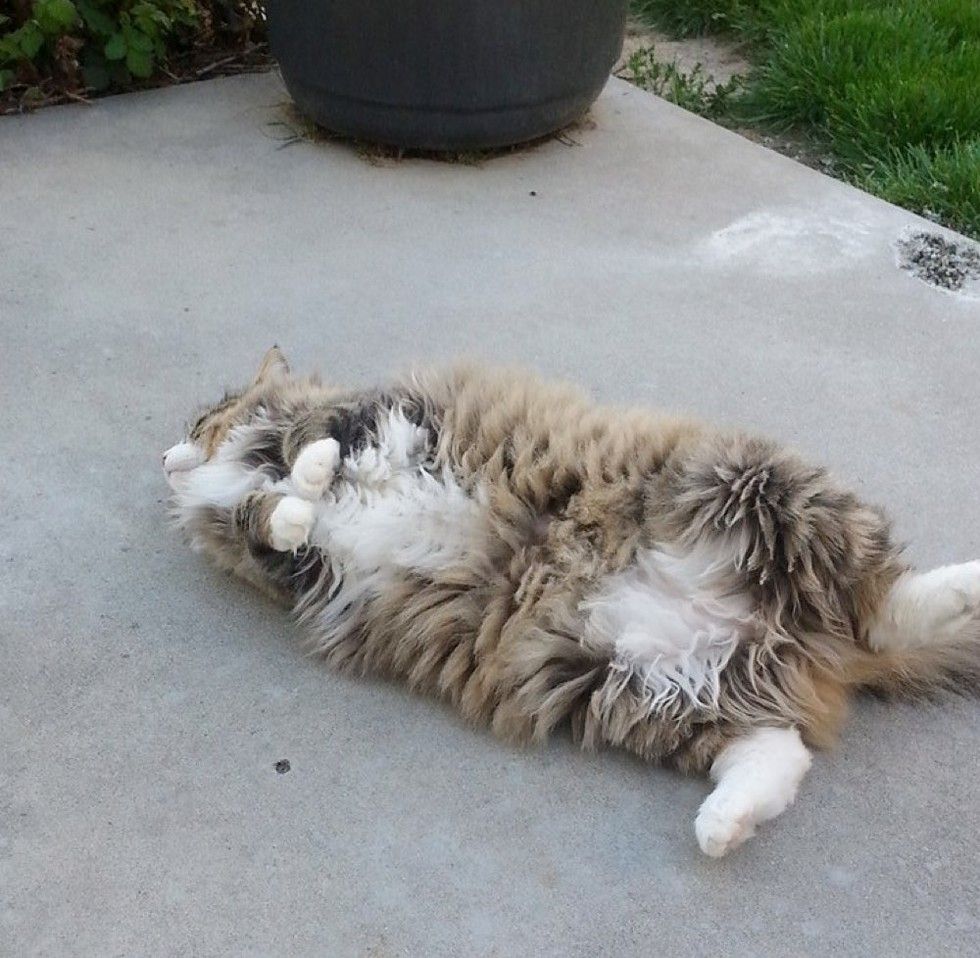 Sam at the vet! 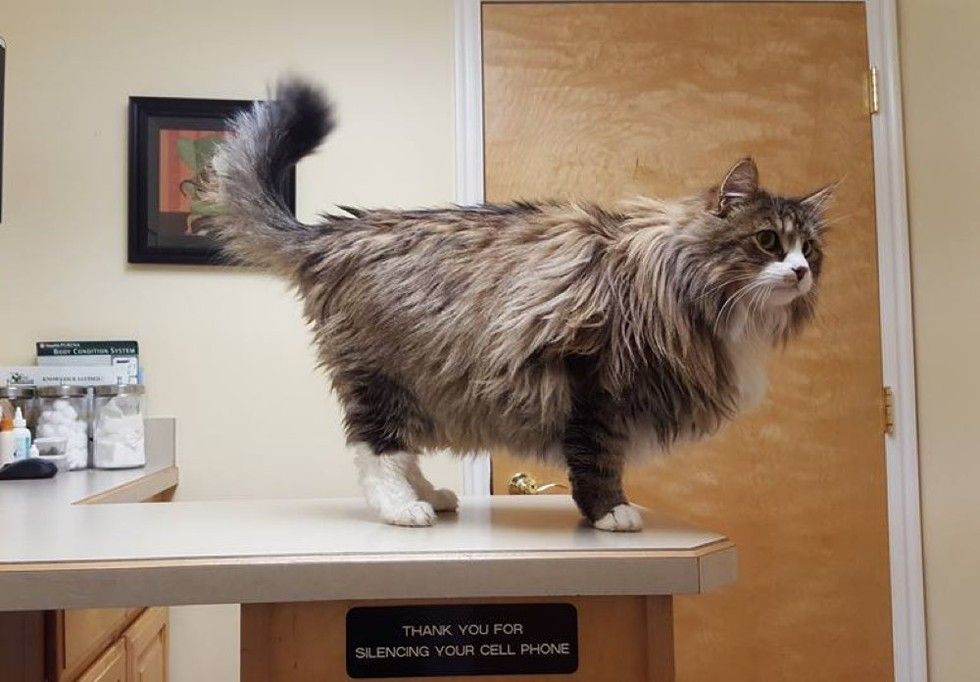 Samuel shows his human the proper way to use a treadmill. 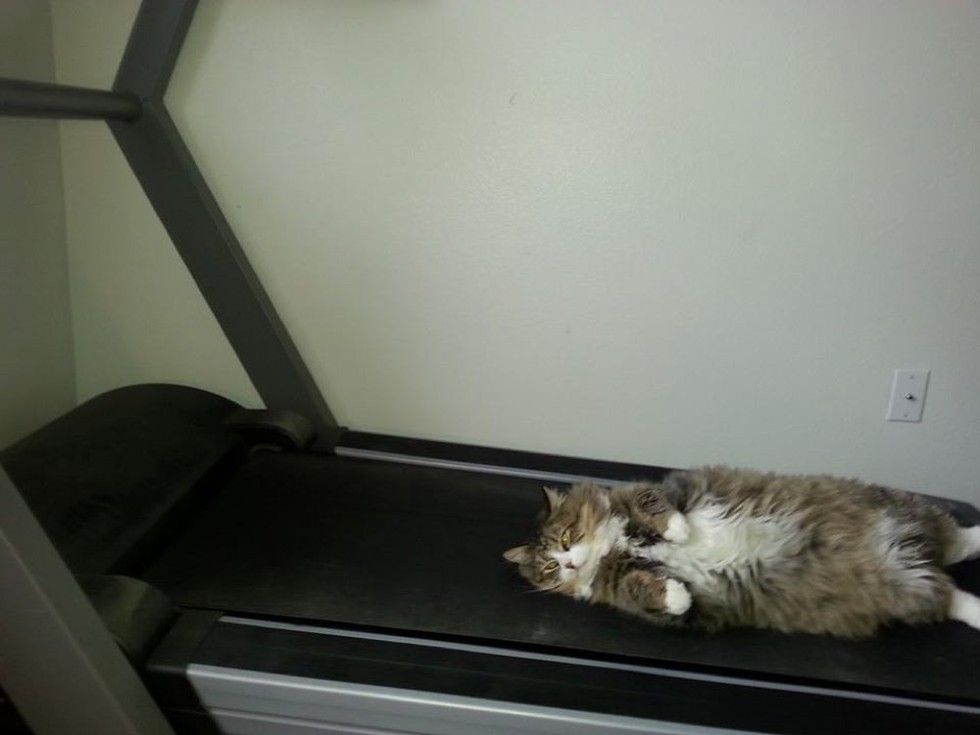 He and his fur buddies taking over their human's bed. 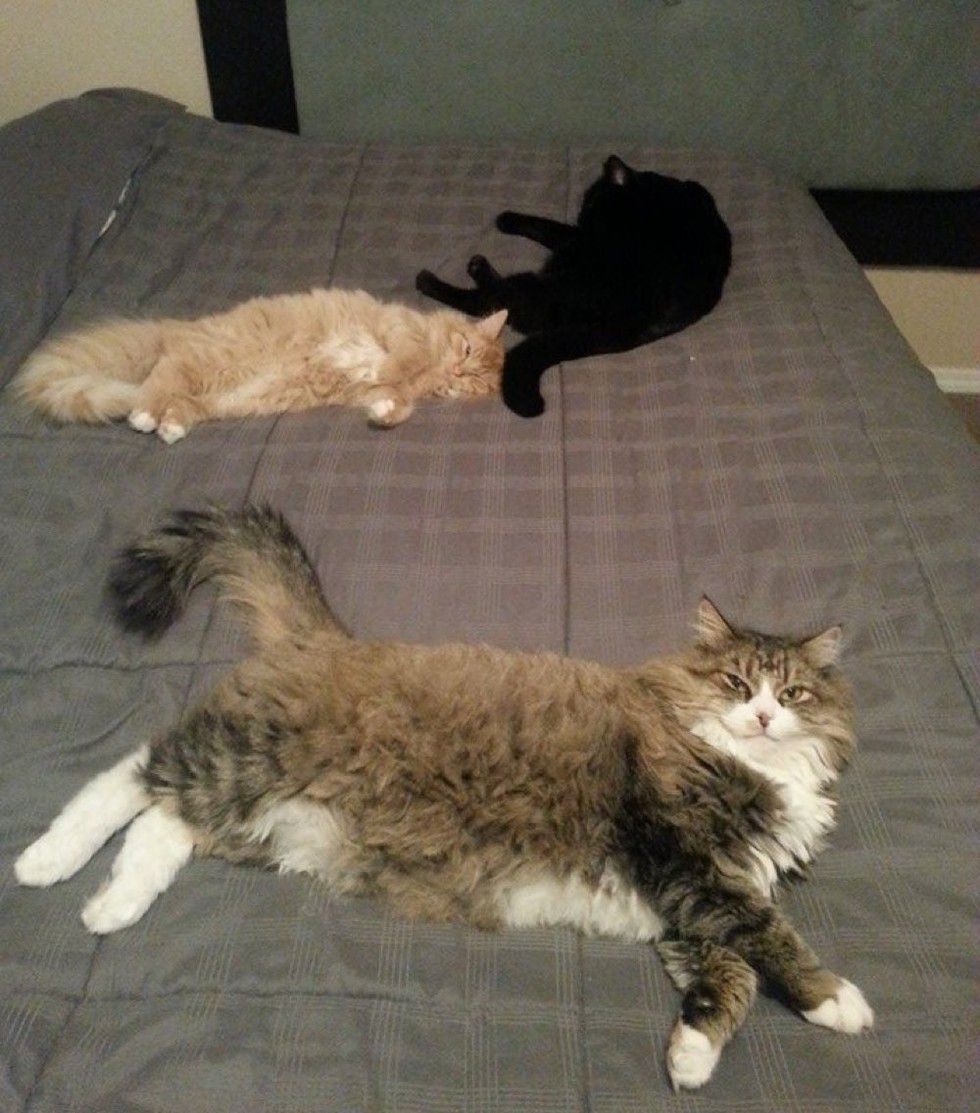 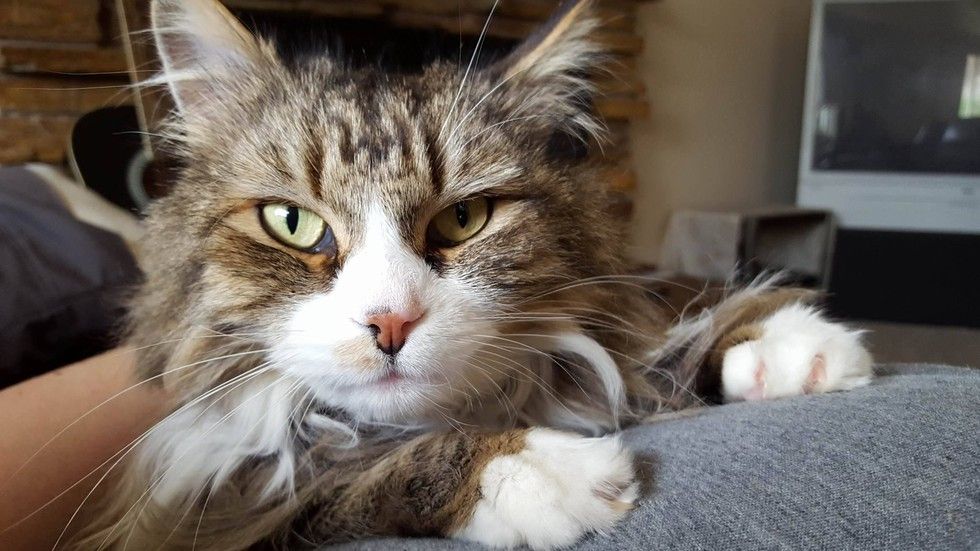