A kind hearted man saved three kittens from drowning in storm waters. When he reunited them with their cat mama, she showed him how happy she was. 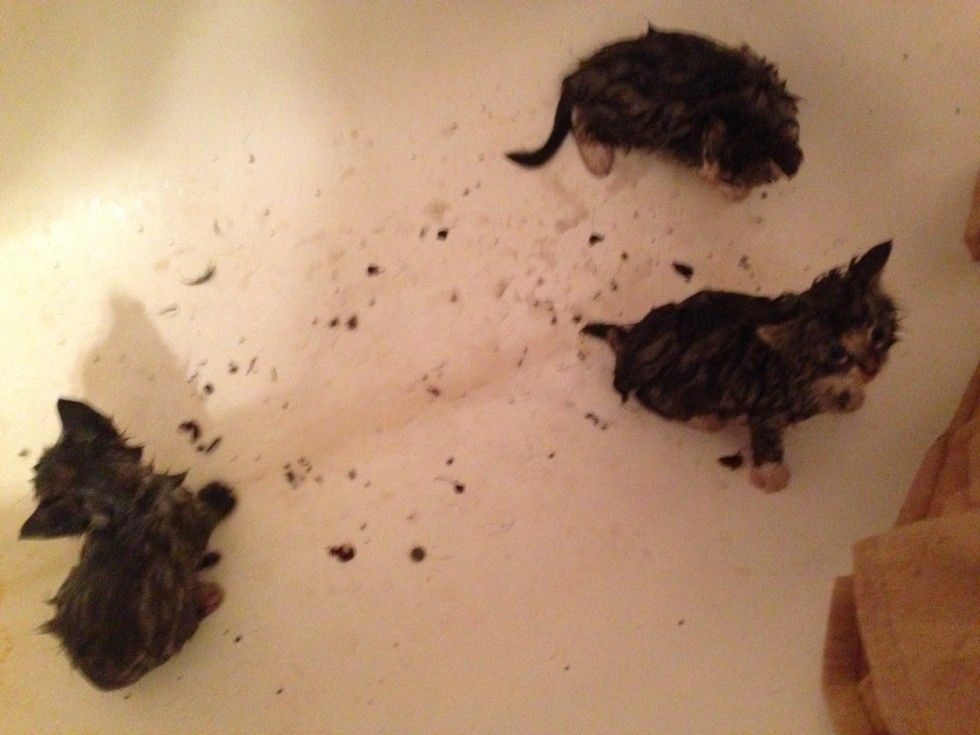 It was during a heavy storm when this guy rescued the three tiny kittens.

"They were stuck in about 3-4 inches of water," he said via imgur. "Been trying to get momma to let me meet them."

He knew he had to take them in before it was too late.

"Momma had them in a flower bed against the house. She didn't know that the water was rising that fast." 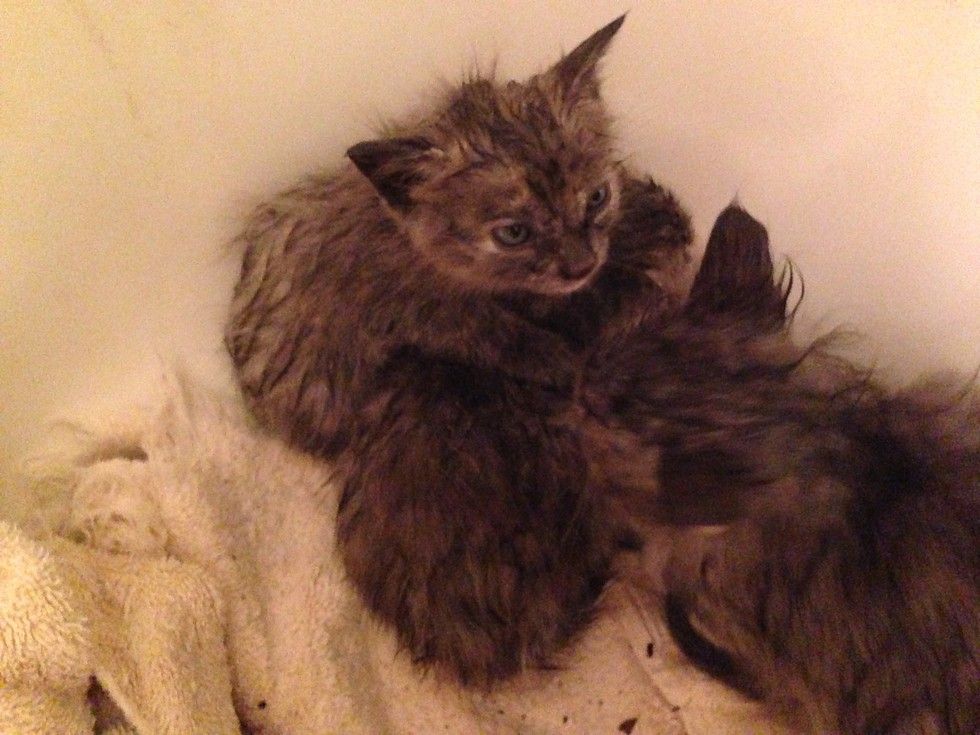 He grabbed the kittens, took them in, put them in the bath tub and brought in towels to dry them up. 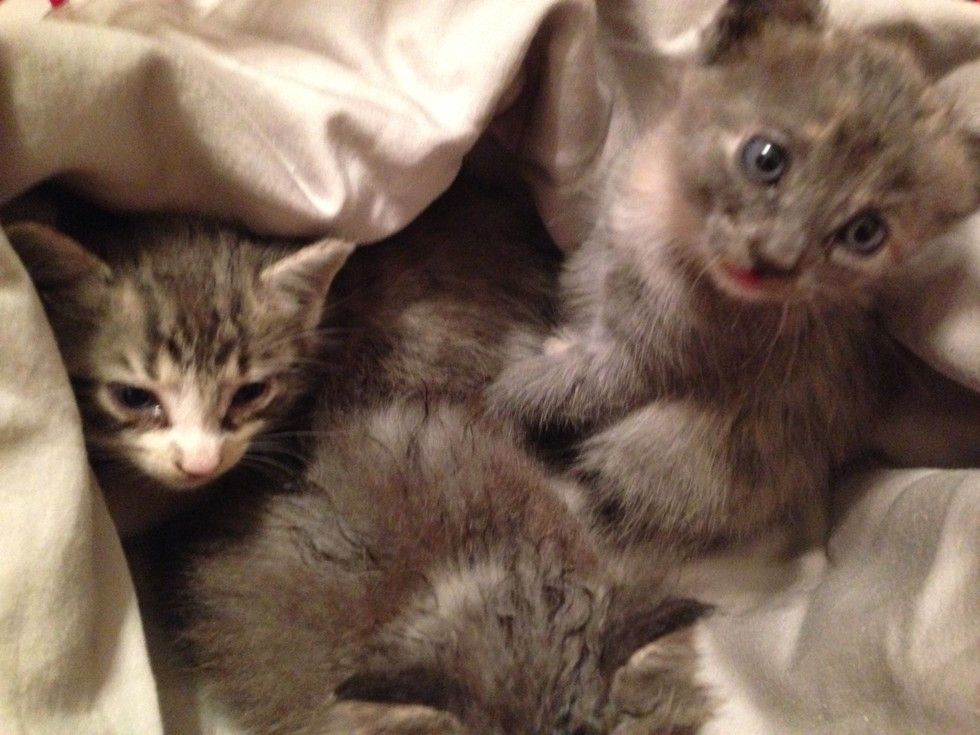 It took a while, but he found the mama cat and finally convinced her to come into the house. The sound of her babies definitely helped. Mama was a bit apprehensive about her human friend at the beginning but seeing her babies well gave her a lot of comfort. 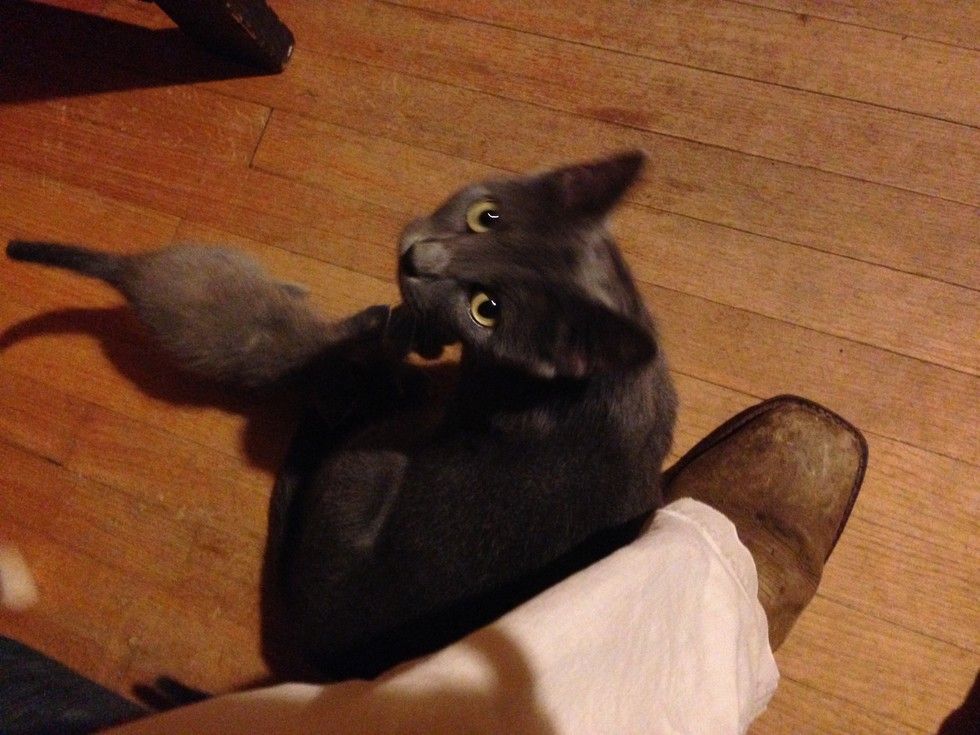 The kittens immediately went to the mama for a meal, and the mama gave them a bath as they nursed away. 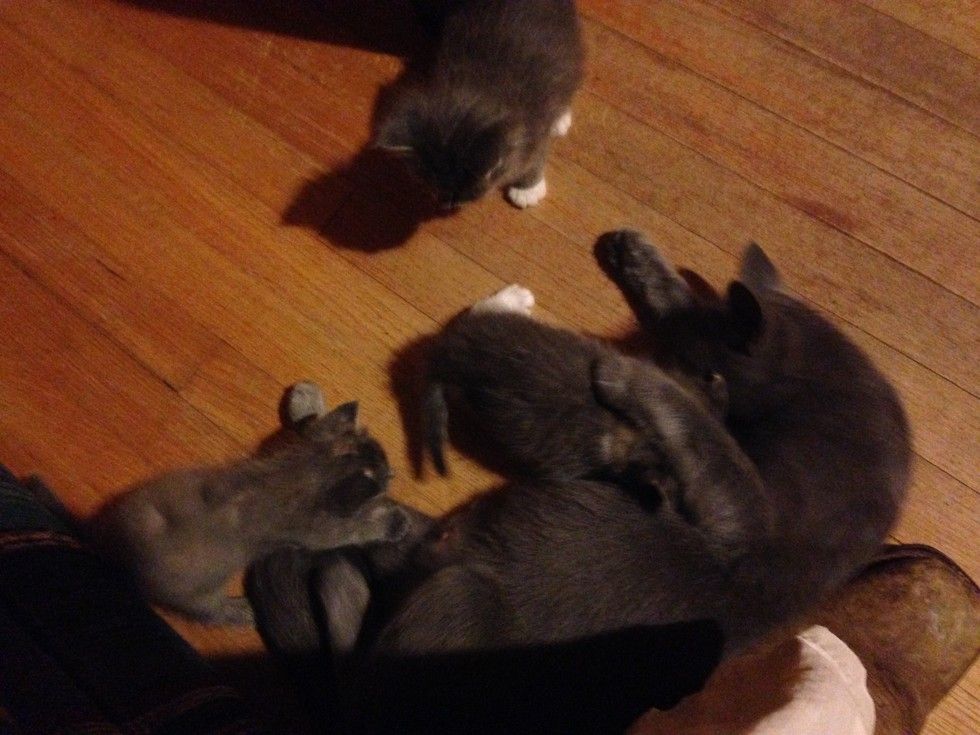 "Momma and kittens are doing great this morning," he added.

The guy is planning to get the mama fixed after the kittens are weaned. A customer of his is taking two kittens, and he will keep one and the mom.

After mama settled into the house, he went to check on her. She came out of her hiding spot and walked up to her human friend. 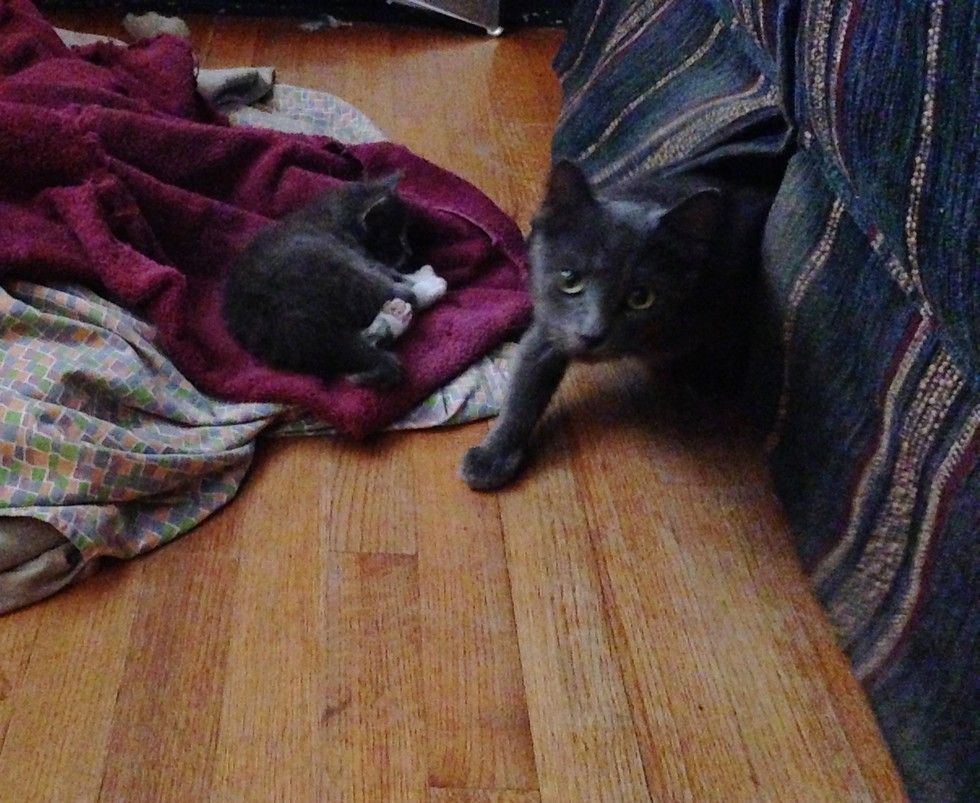 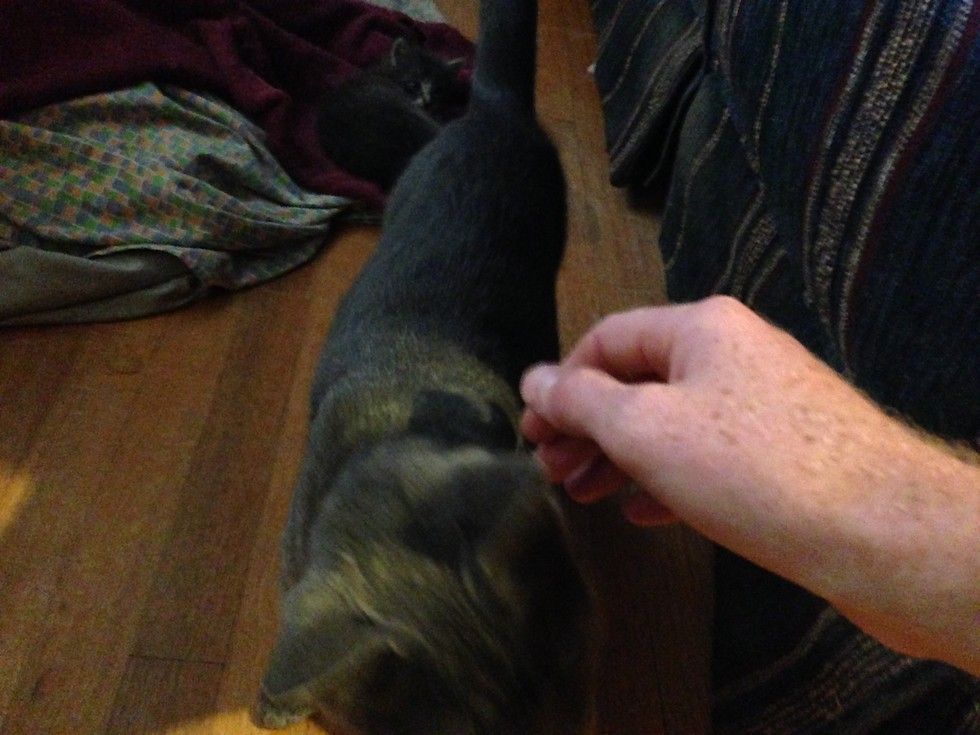 Mama gave her human friend some snuggles as if she was saying "Thank you for saving my babies." 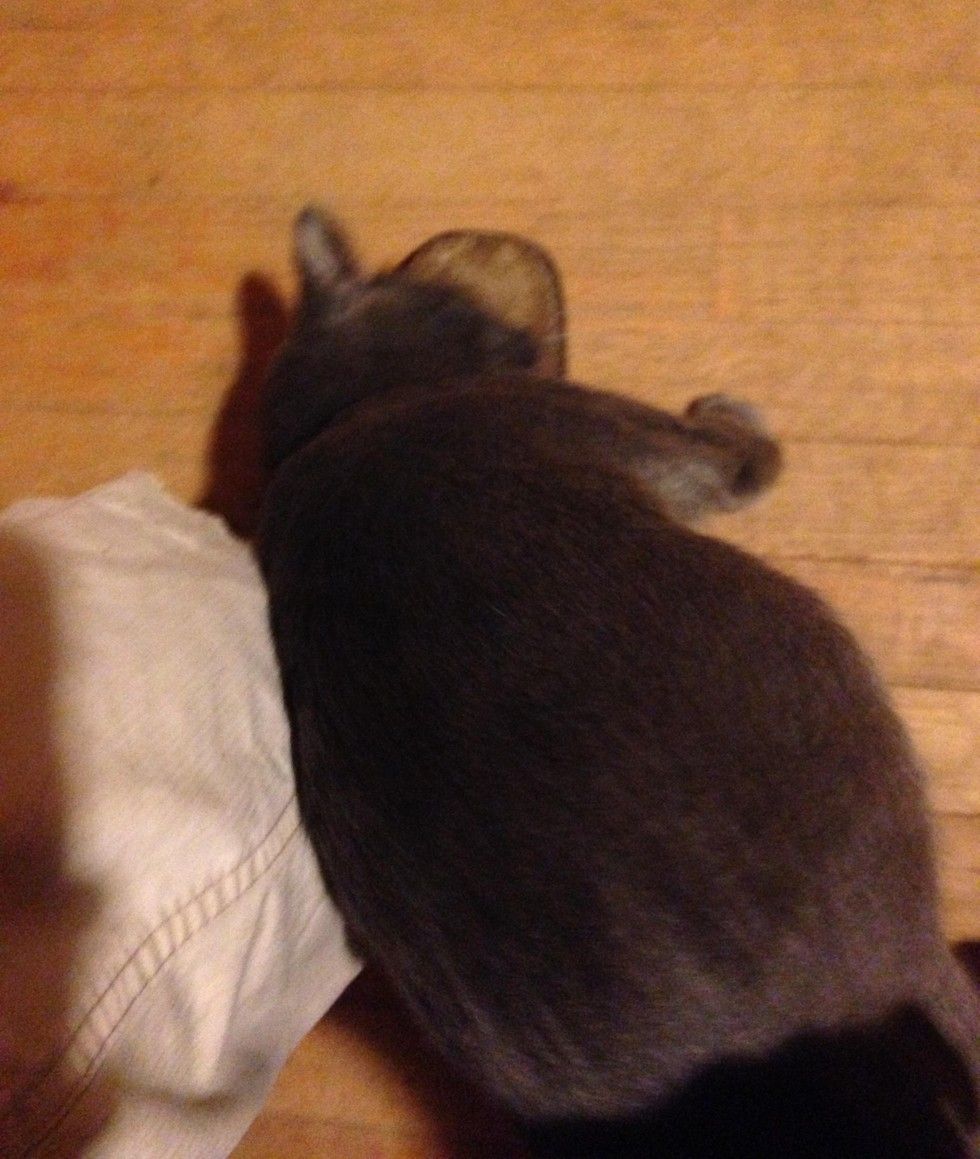