Three tiny motherless kittens were frantically looking for refuge during a heavy storm, meowing for help. A man heard their plea and ran outside to save them from otherwise an uncertain fate. 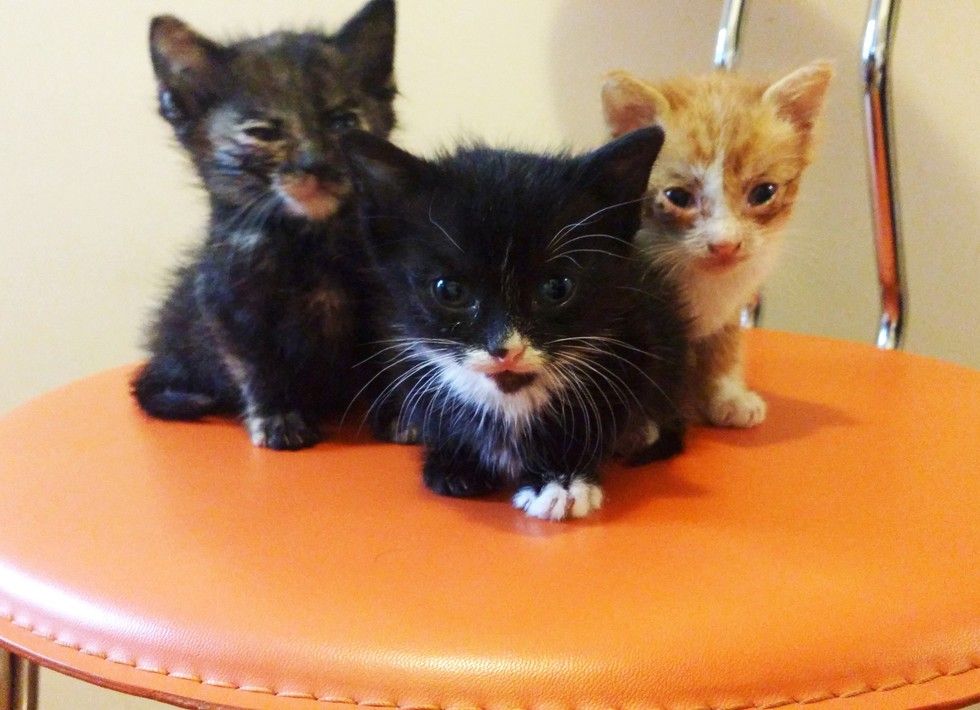 "I just heard them meowing somewhere outside of my building and found two of them wandering around," Jovan (@obihobit) told Love Meow.

Knowing there was a chance that the mama might be nearby, he looked around but found no sign of her. "By the looks of it they were abandoned and since it was raining pretty heavily at the time, I took them in."

Both kittens were severely malnourished and shivering from the cold. Jovan quickly contacted a friend for supplies so he could help the kittens through the night.

Just when his friend arrived, they spotted another kitten. There was a third one, a ginger, who was barely alive. 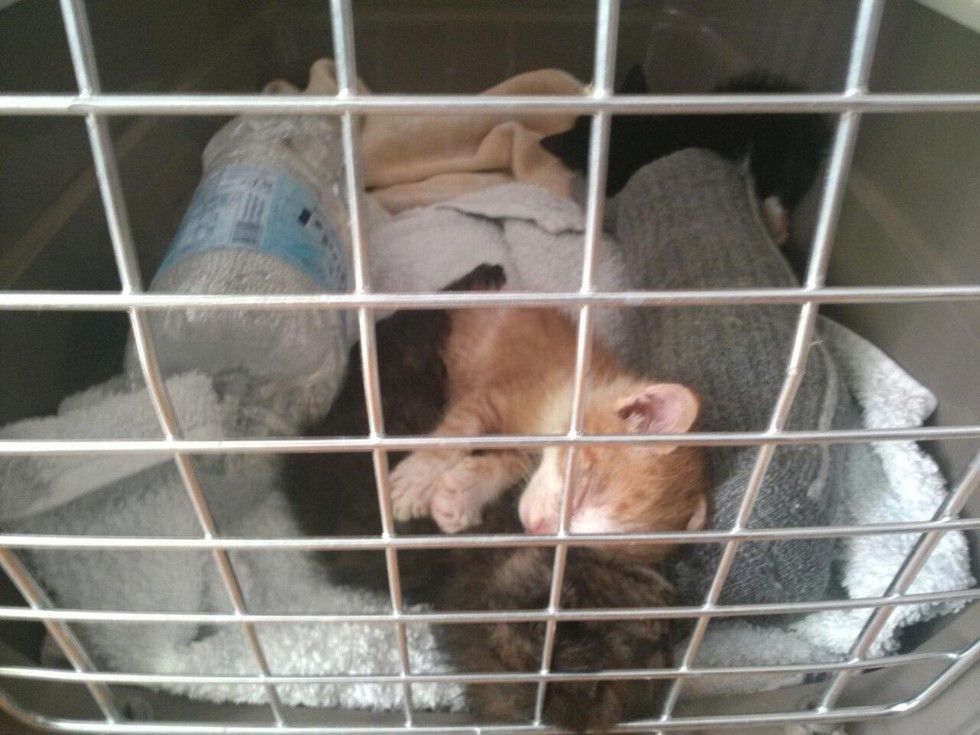 They brought him inside in a basket. "I gave them something to eat and tried to keep them warm," Jovan told Love Meow.

Besides bringing them blankets and any soft things they could find, he filled a bottle with hot water and wrapped it in a sock to resemble the warmth from a cat mamma. 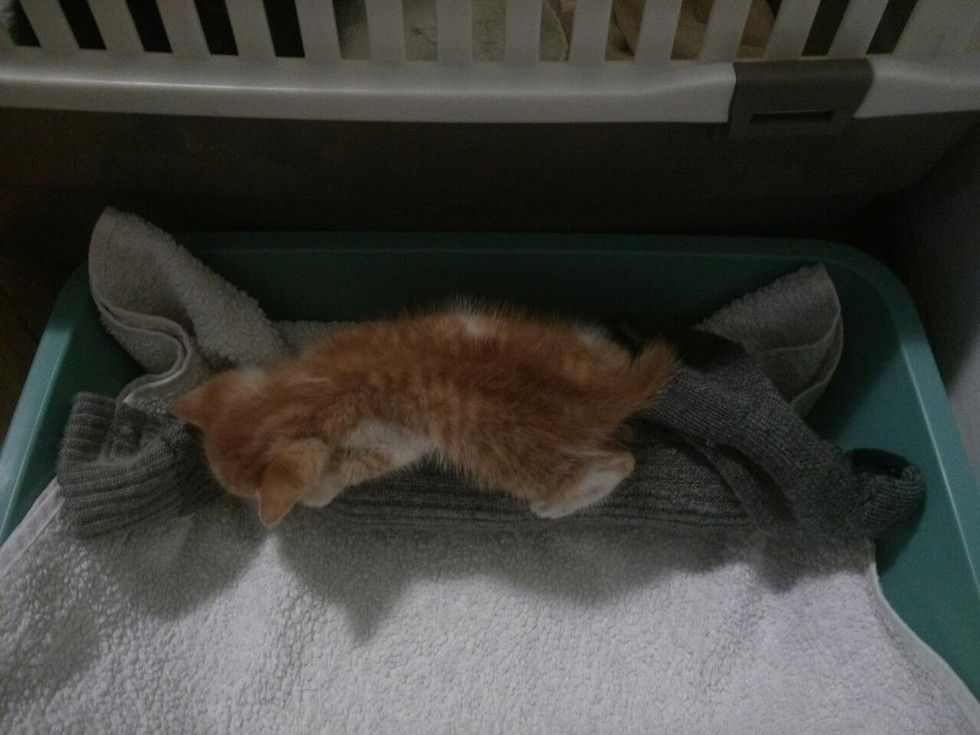 The ginger kitten was hardly responsive when they brought him in.

"I was positive that the he wouldn't make it," Jovan told Love Meow. "To my surprise, he did, although he was still very thin (even compared to his siblings), he managed to pull through." 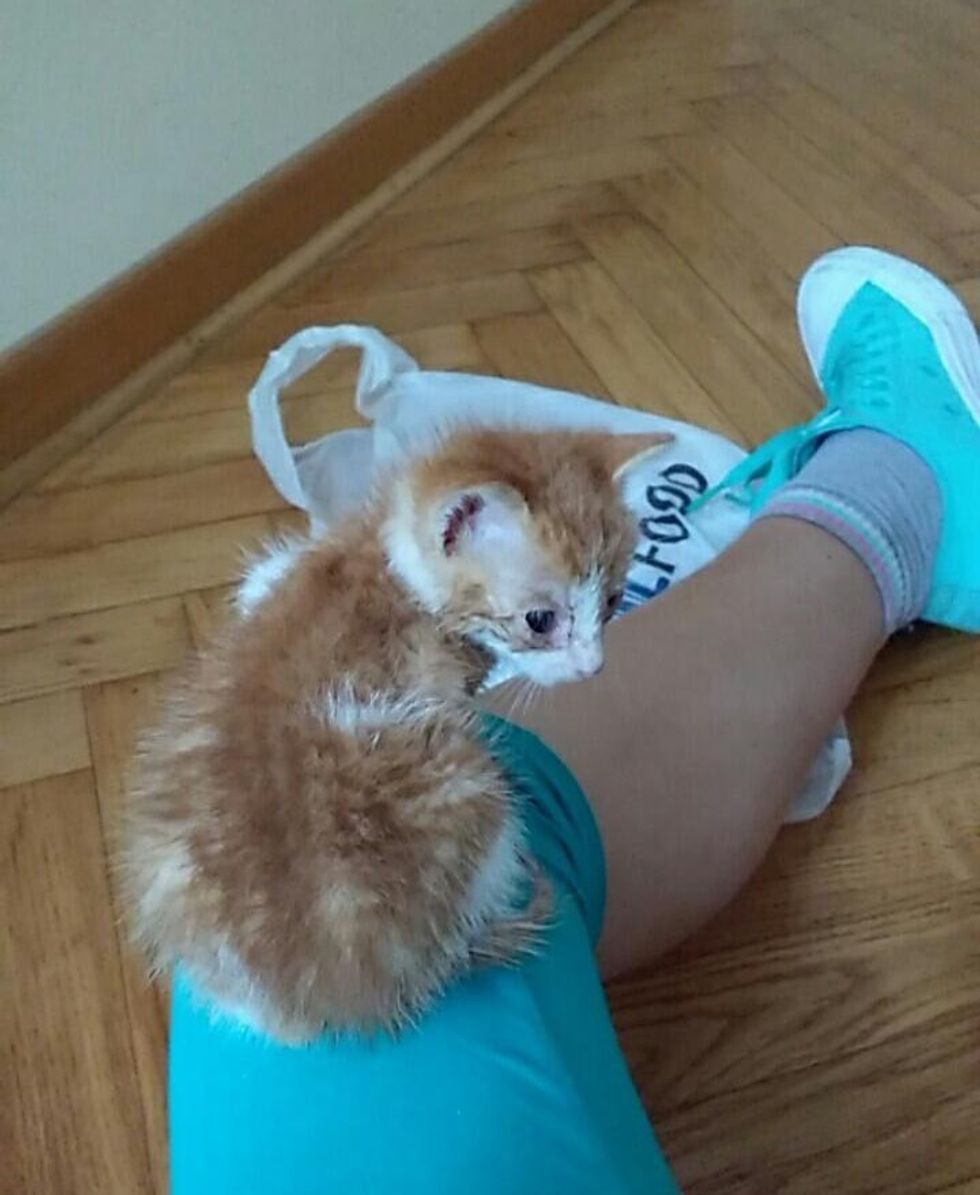 The first couple nights were the toughest. It was touch and go, but Jovan forged through by feeding them every several hours, giving them eye drops three times a day and making sure they were kept warm at all times. 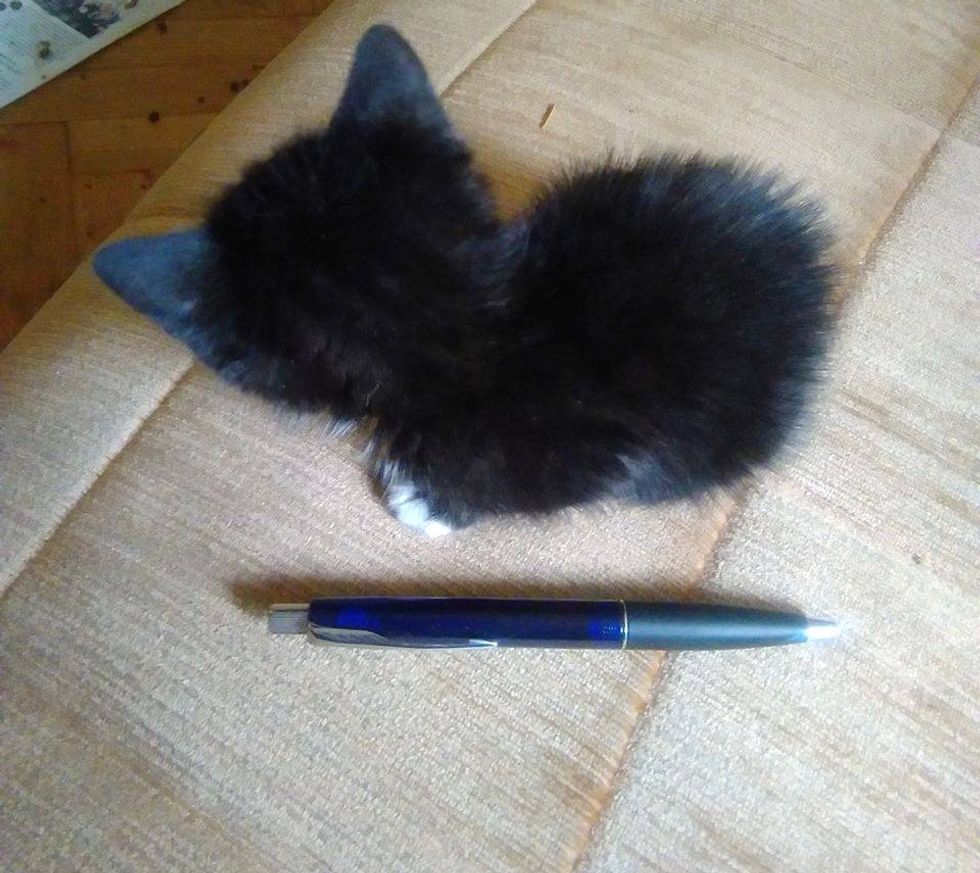 After a couple of weeks, their eyes cleared up, and they grew bigger and stronger. The kittens' energy was through the roof. 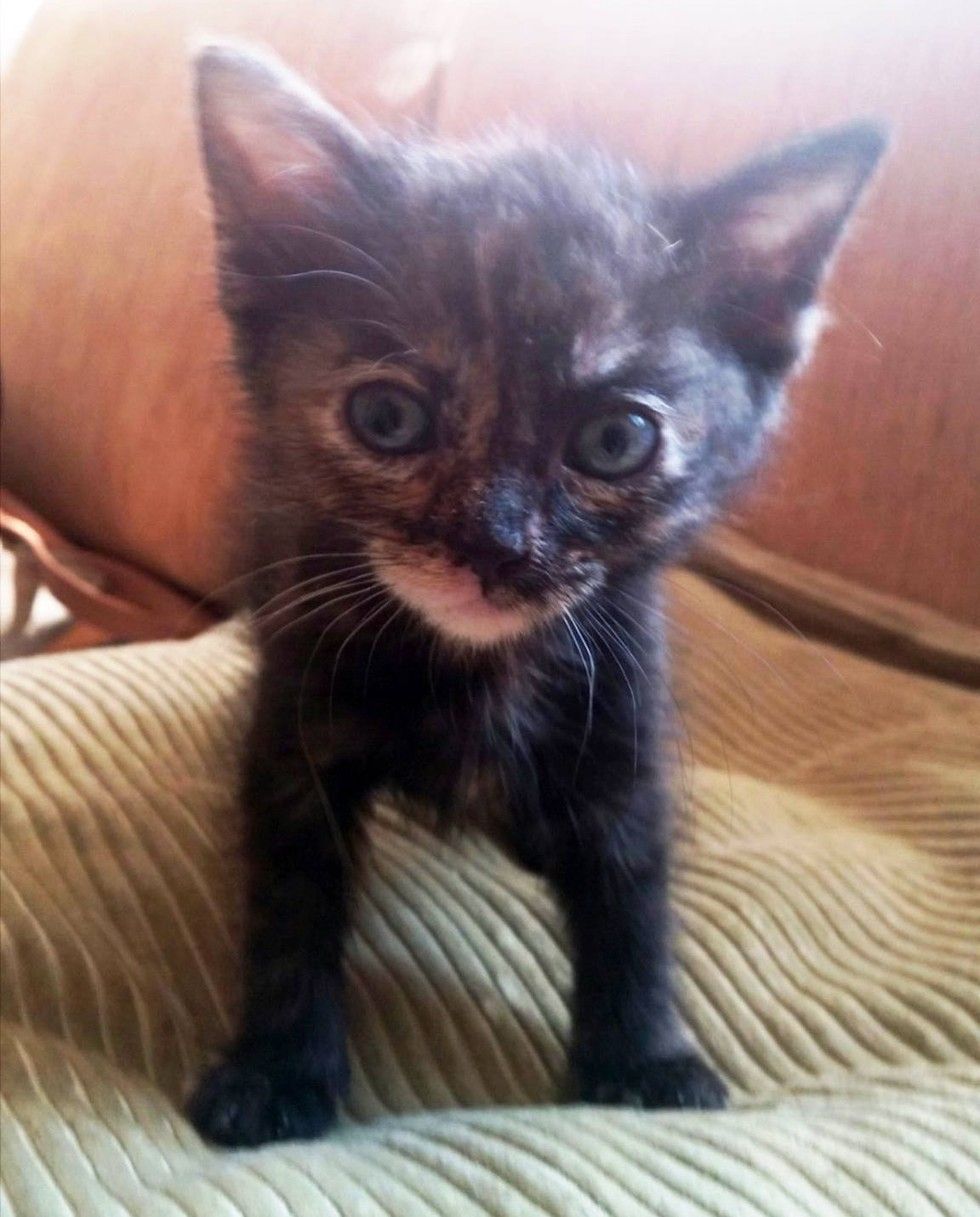 The little ginger boy beat his eye infection, and found his favorite bed, right in his human's lap. 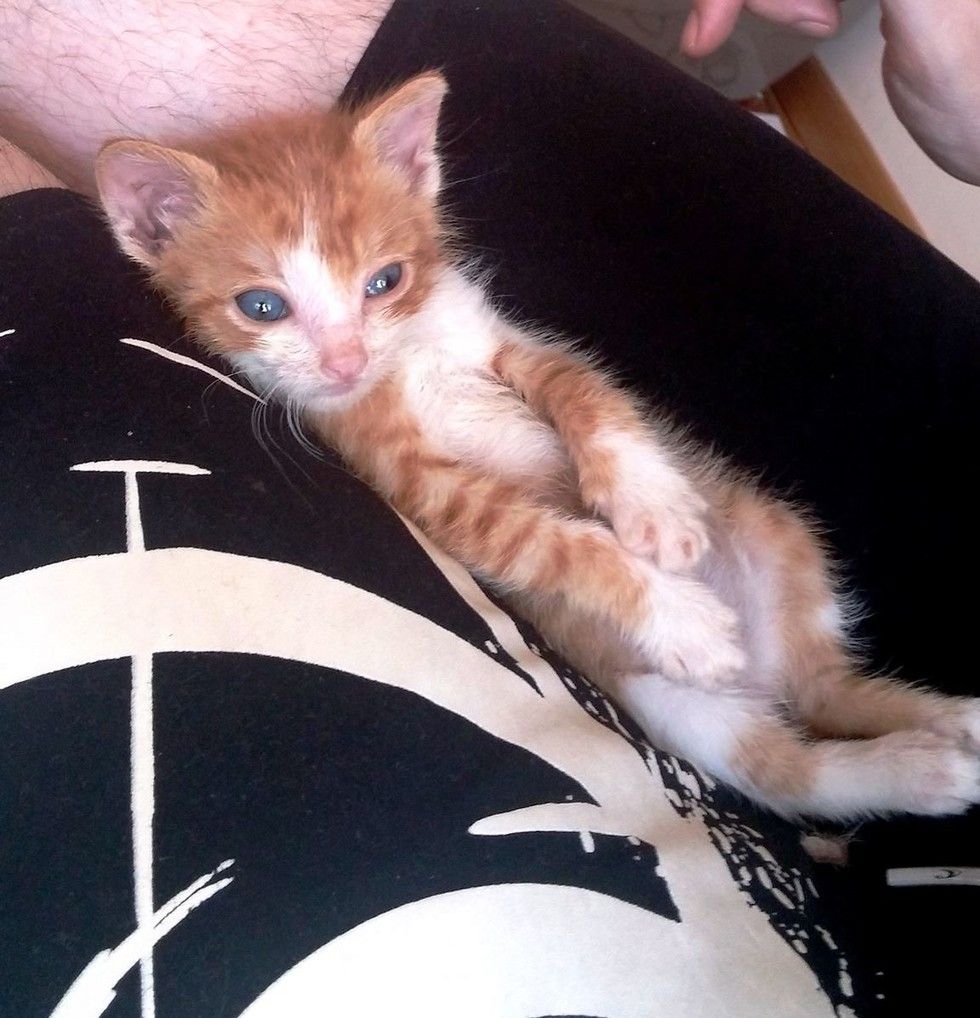 "I was planning on finding them homes as soon as they got better...," Jovan told Love Meow.

But after getting two of the kittens adopted to a good home, the cat dad realized he couldn't part ways with the last one. 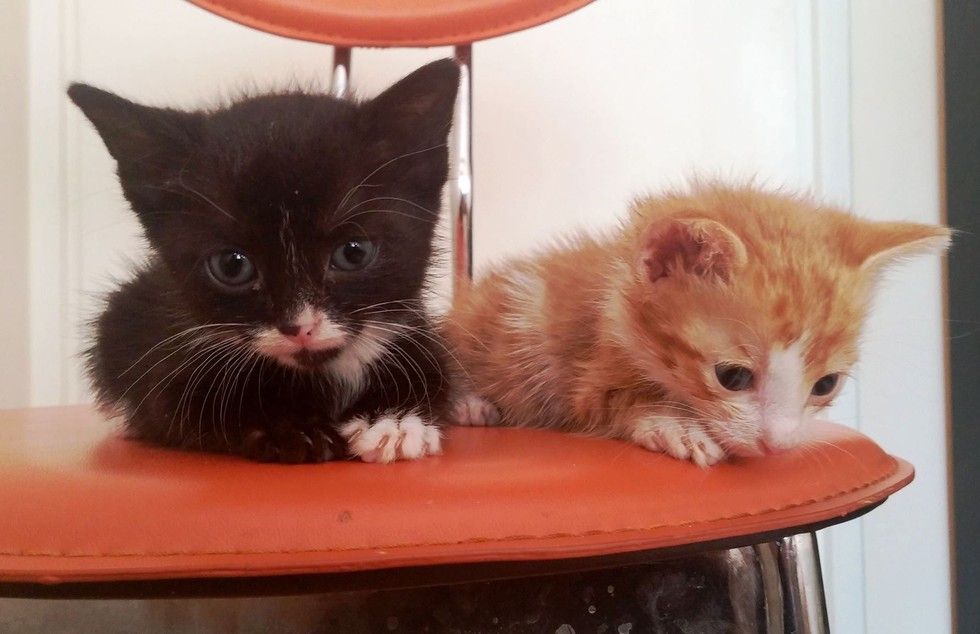 These three little kittens have come a long way since the day they were found in the pouring rain. 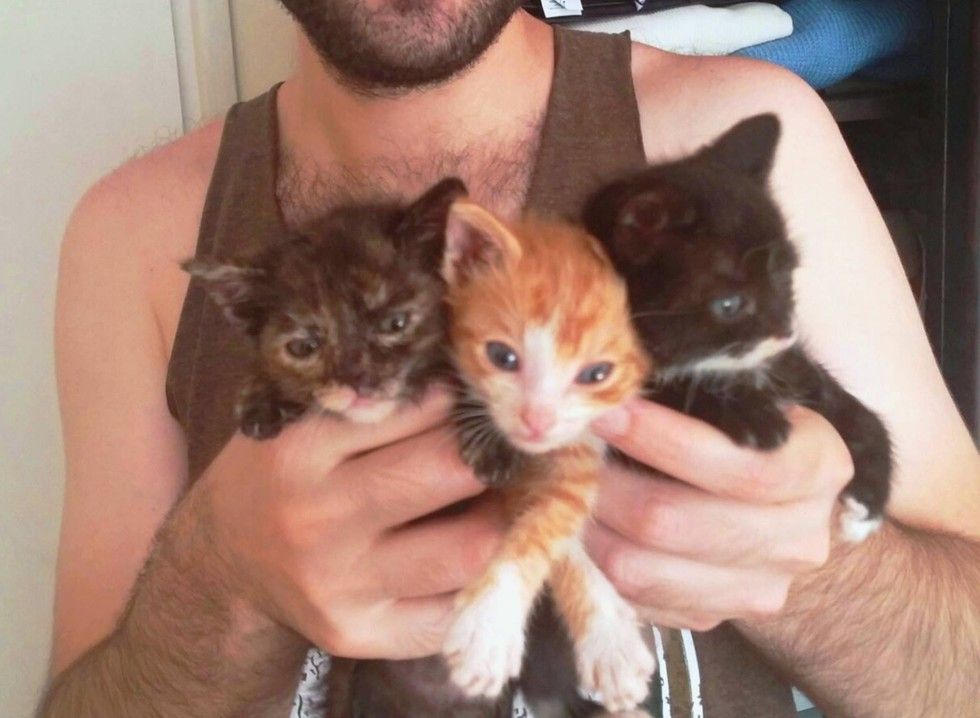 The little tortie kitten is three months old now. She hasn't left her human's side.

"Her name is Annie and when she's not sleeping, she's attacking every foot that tries to pass within her domain," Jovan said. 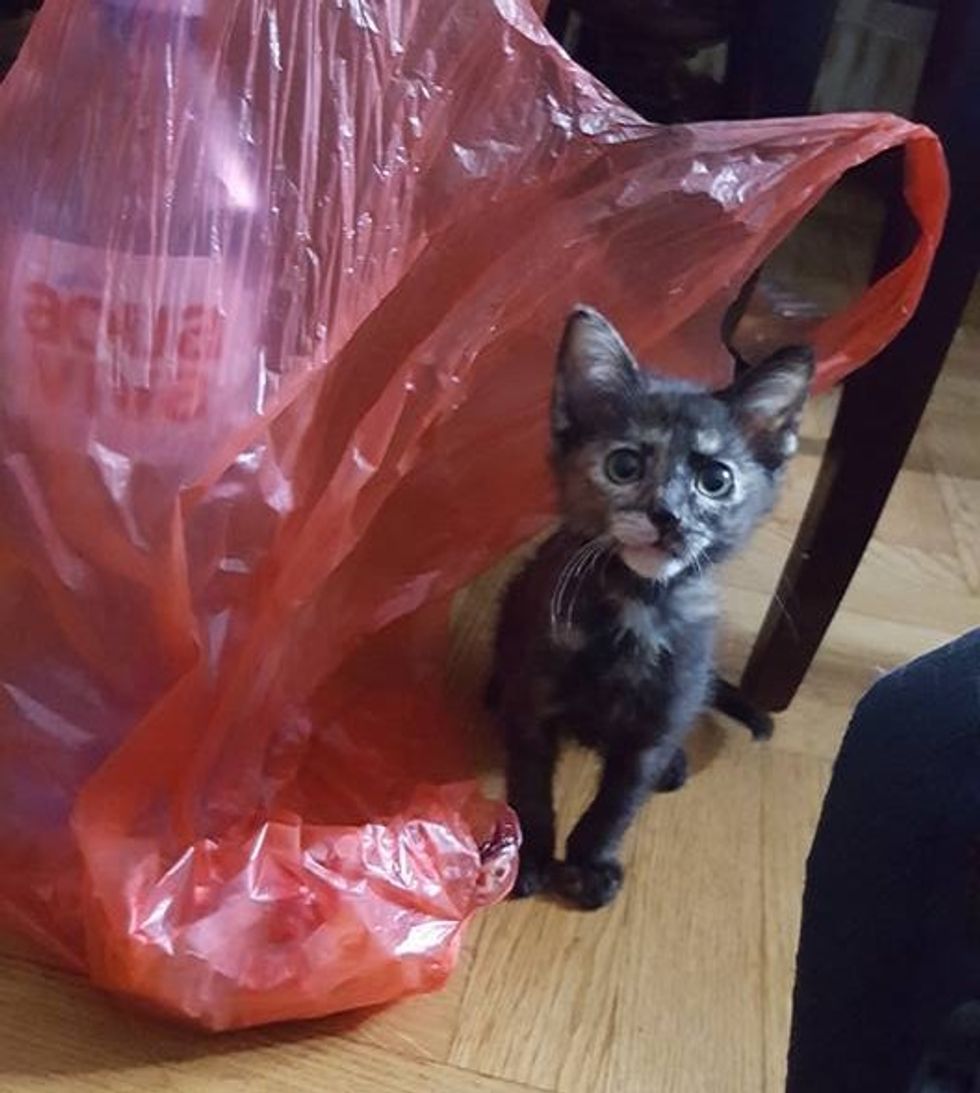 What rescuing can do! Share this story with your friends.

Related story: Stray Kitten Found Crying in the Rain, Now Has a Warm Place to Snuggle in Snuggle in