Man Refuses to Give Up Looking for Crying Kitten, After Days of Searching…

A man spent days searching for a crying kitten. He refused to give up until he found the kitten. 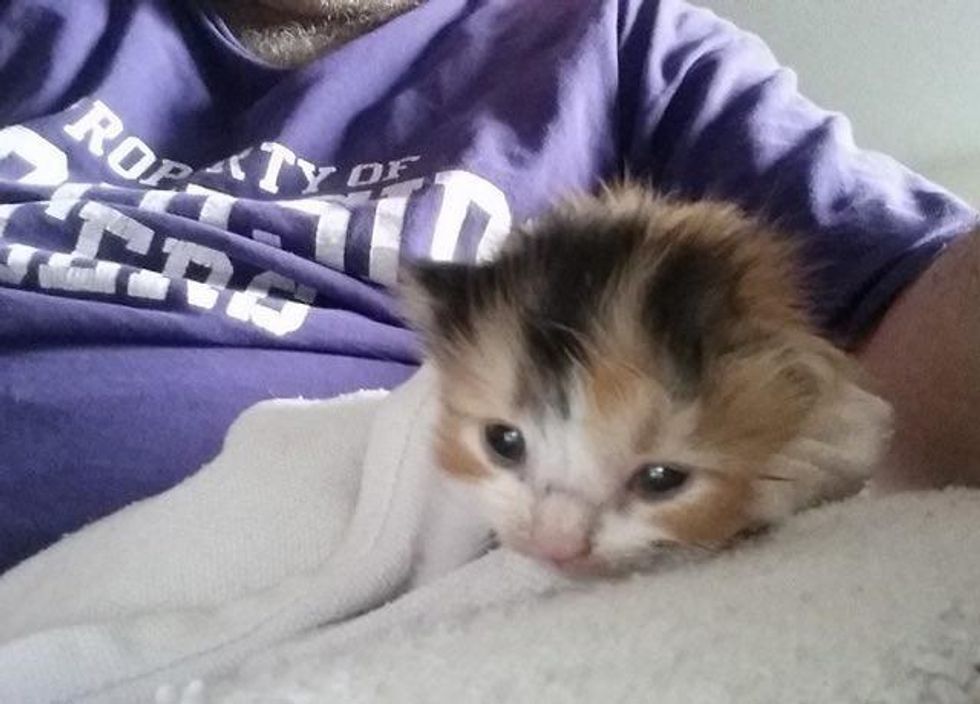 "I own a print shop in Kaneohe, Hawaii. One day from the back of my shop I kept hearing a noise I thought to be a meow. I went out and investigated but just couldn't find anything. A few days went by and nothing. Then I heard it again. I was determined to find it.

There was a locked area another shop had access to where I didn't search earlier. The noise was coming from atop a crudely built storage space under a stairwell. It was too tall so I came back with a ladder and that's where I found 'Fluffy' all alone."

Little Fluffy fell asleep in her rescuer's pocket while he was caring for her around the clock. 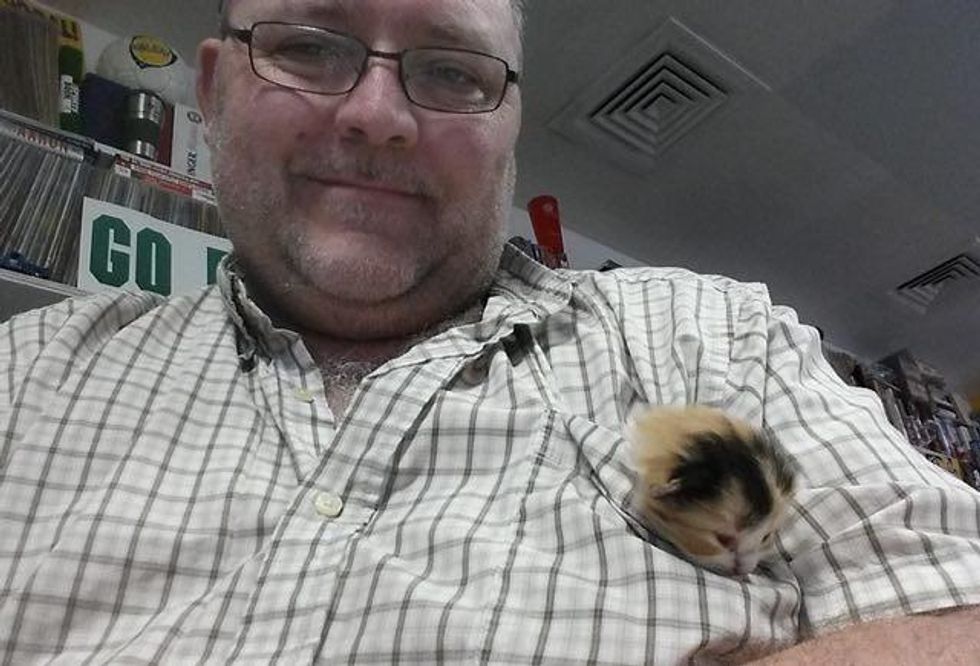 Fluffy calmed a bit after a full bottle, napping.... 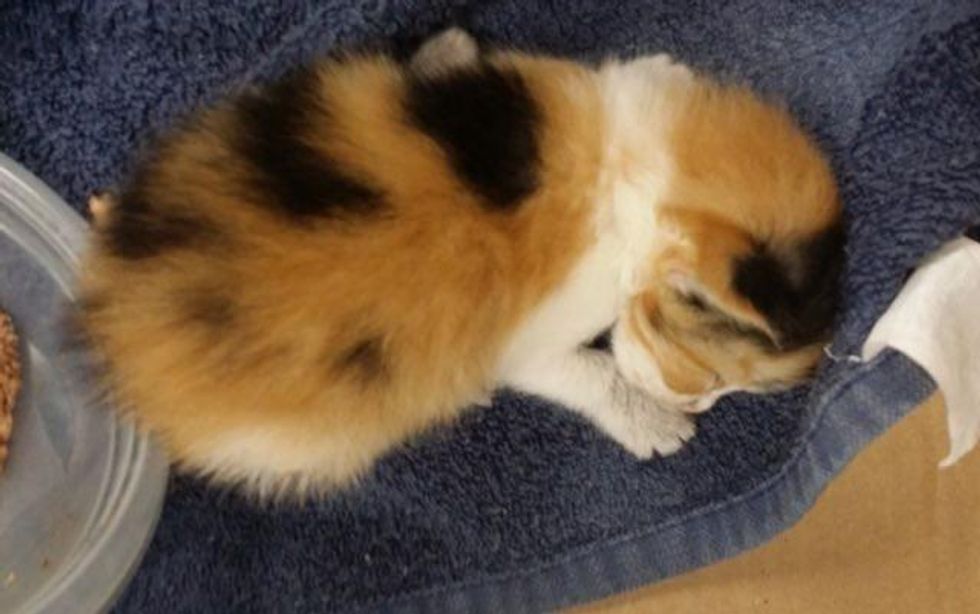 Michael's son made sure the kitten was fed and happy. 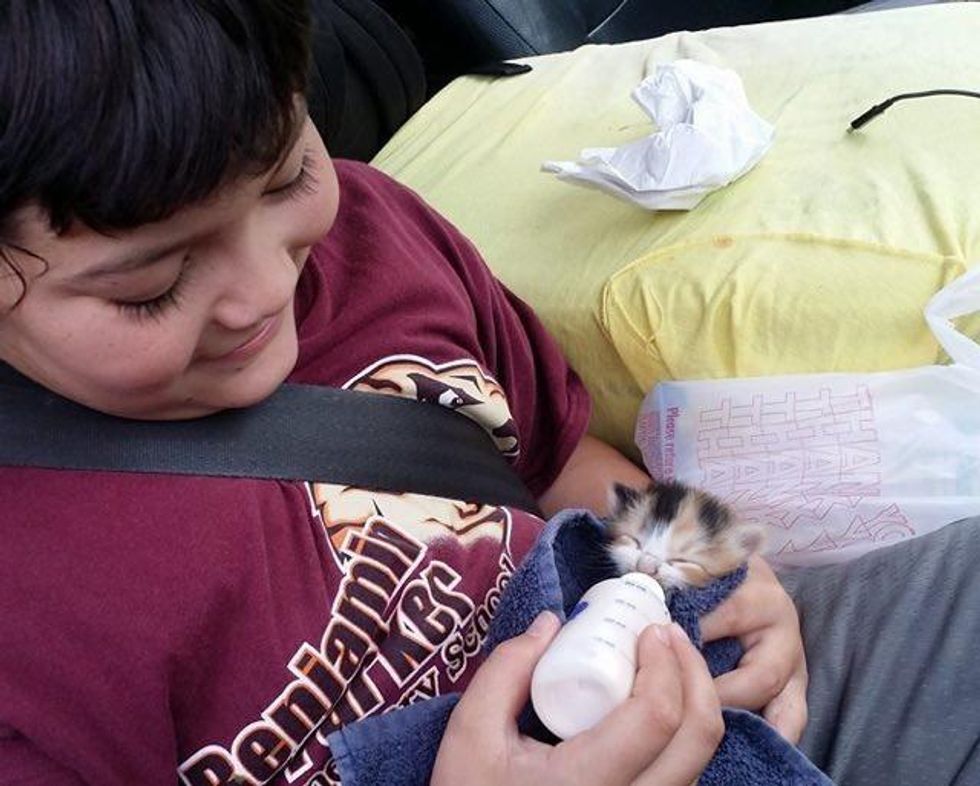 "Now officially called Fluffy she has found a forever home with a friend that has two older cats who were accepting," Michael told Love Meow.

One of the cats that adopted her looks just like Fluffy! She has taken to her like her own. 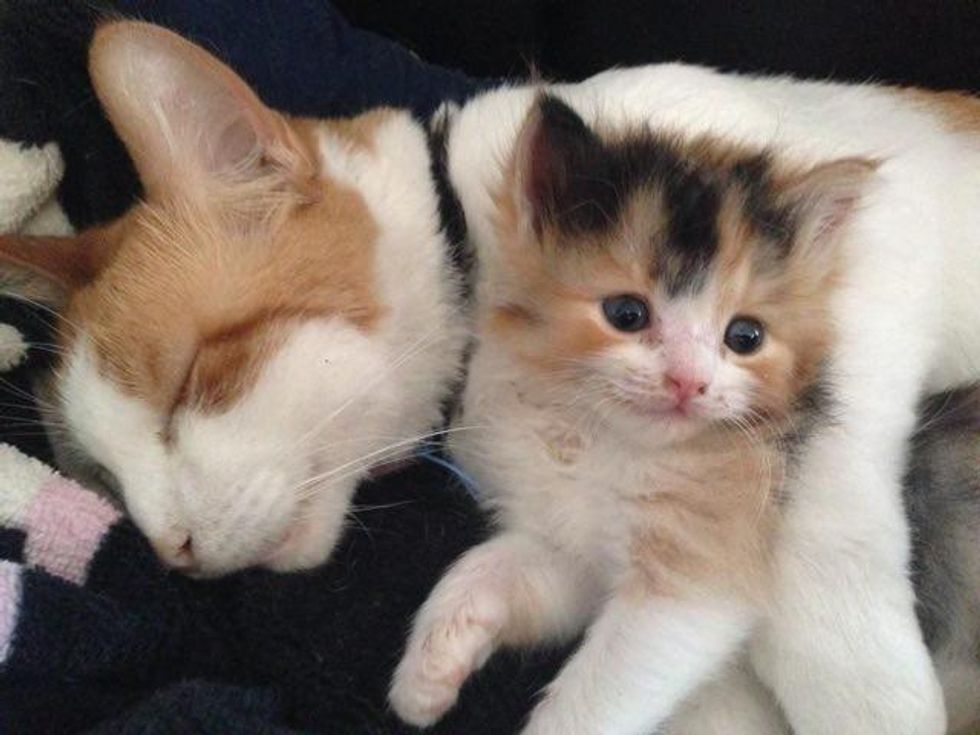 "She's quite the playful one and my heart is happy.....even though I do miss her. I'm always thrilled when I get a photo via text to see how she's doing. So happy I saved her life."

Fluffy has all grown up, loves hogging the sink, and enjoying her life to the fullest. 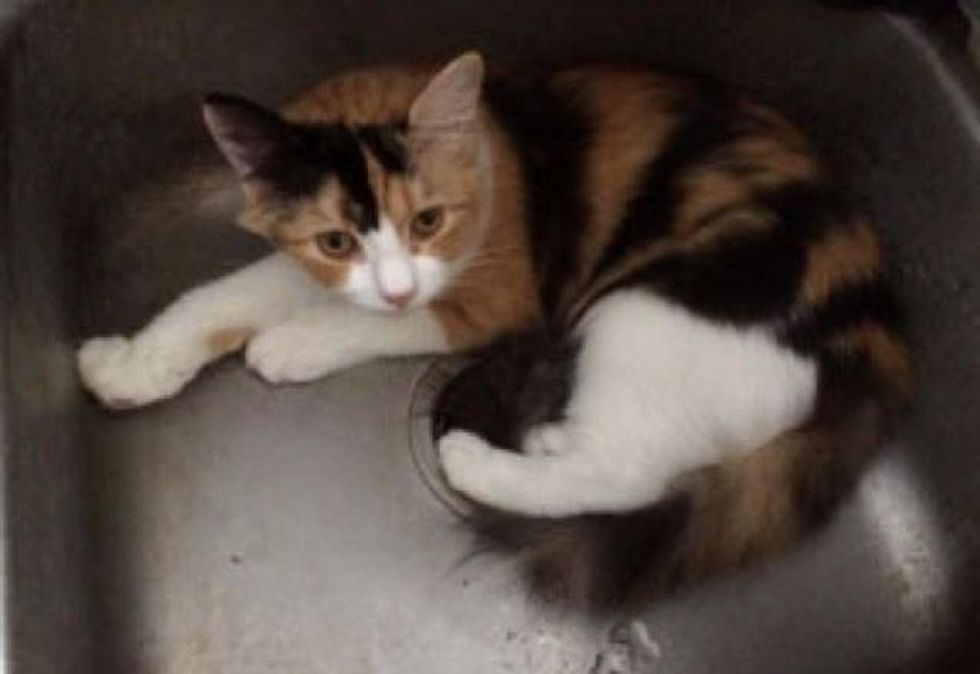 Related story: Woman Saves Orphaned Calico from Dumpster and is Surprised to Find Out What a Rare Gem He is.