Man Stops Traffic to Save a Tiny Kitten in the Middle of Busy Road.. (with Updates)

A man stopped traffic to save a tiny kitten in the middle of a busy highway while others kept driving by. 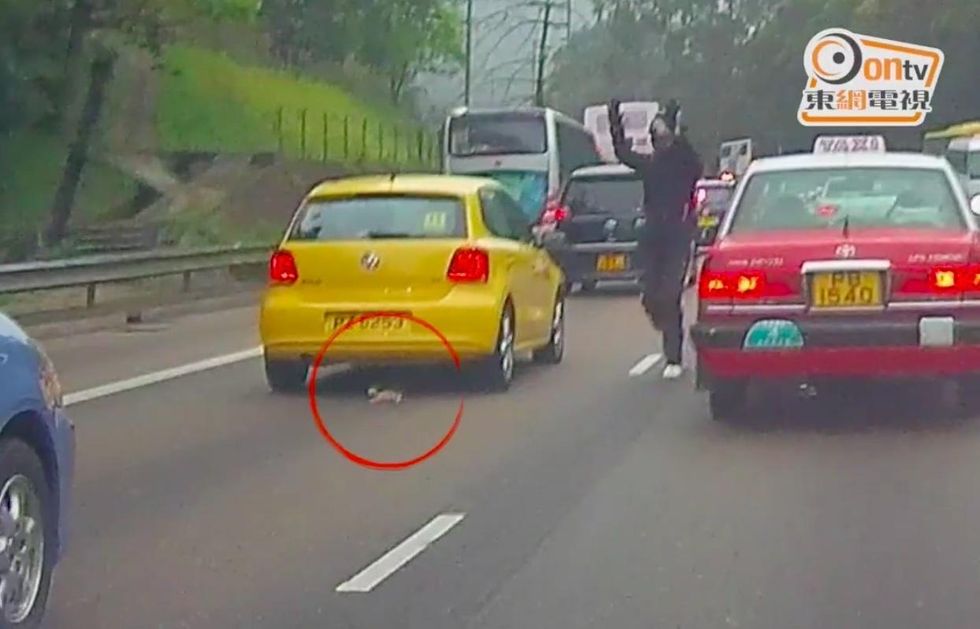 On April 27, a tiny ginger kitten was spotted by Lion Rock Tunnel in Hong Kong. Due to rush hour, there was a lot of traffic on the road, and the kitten nearly got run over.

The kitten froze in fear in the middle of the road, and many drivers just drove around him until a kind-hearted man named Kevin (Kwok Kin Wai) sprang to help.

Kevin was driving a moped when he saw the kitten. He knew that if no one would stop to help, the kitten would not be able to survive much longer. As he saw cars rushing by the tiny defenseless feline, his heart dropped and he decided to do something right then. 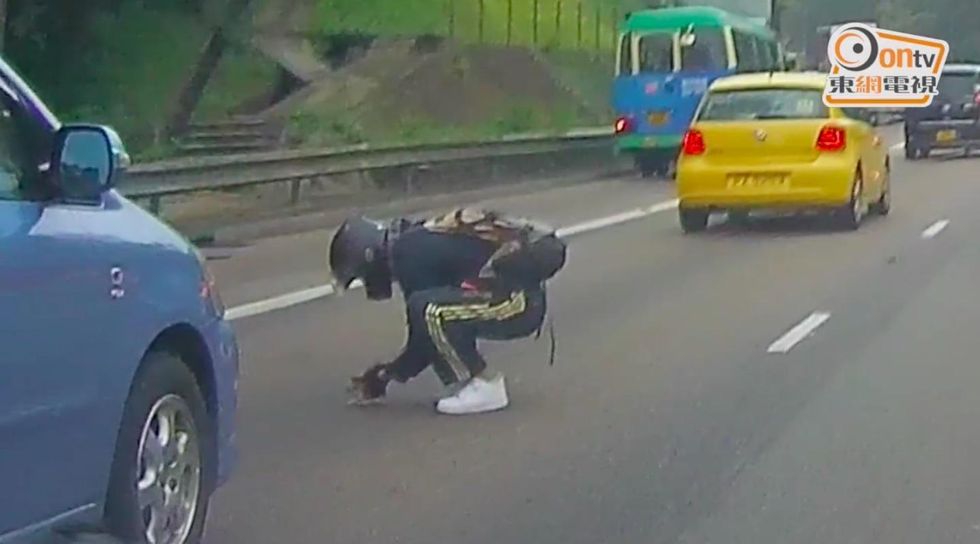 He managed to pull his scooter over on the side of the busy road, and carefully signaled the incoming vehicles to slow down and stop as he approached the kitten.

He then gently picked up the tiny ginger furball and sprinted back to his bike. 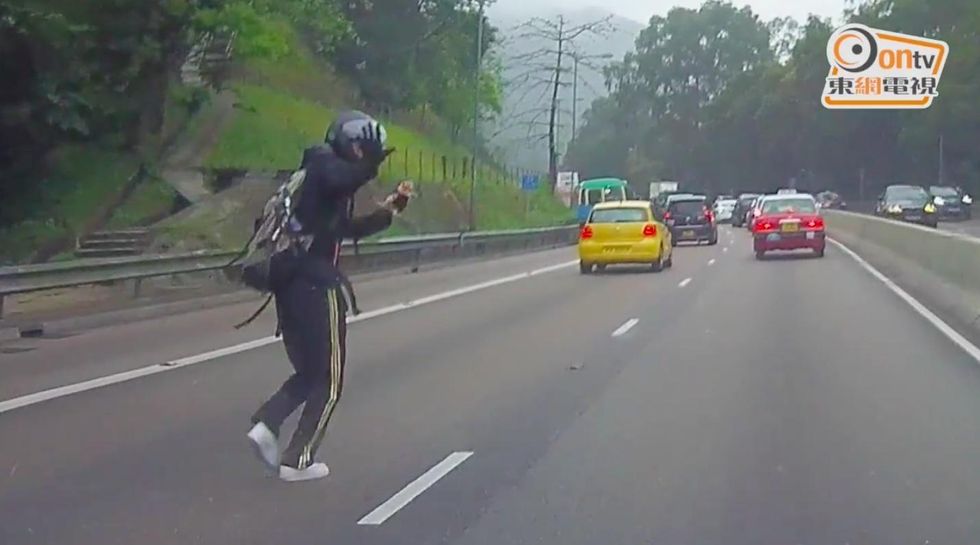 The entire rescue was captured by a dashcam and the video was later shared on social media.

No one came forward to claim the kitten, but Kevin was able to get in touch with a volunteer from a local rescue group to help foster the kitten and get the little fur buddy the medical attention he needed. 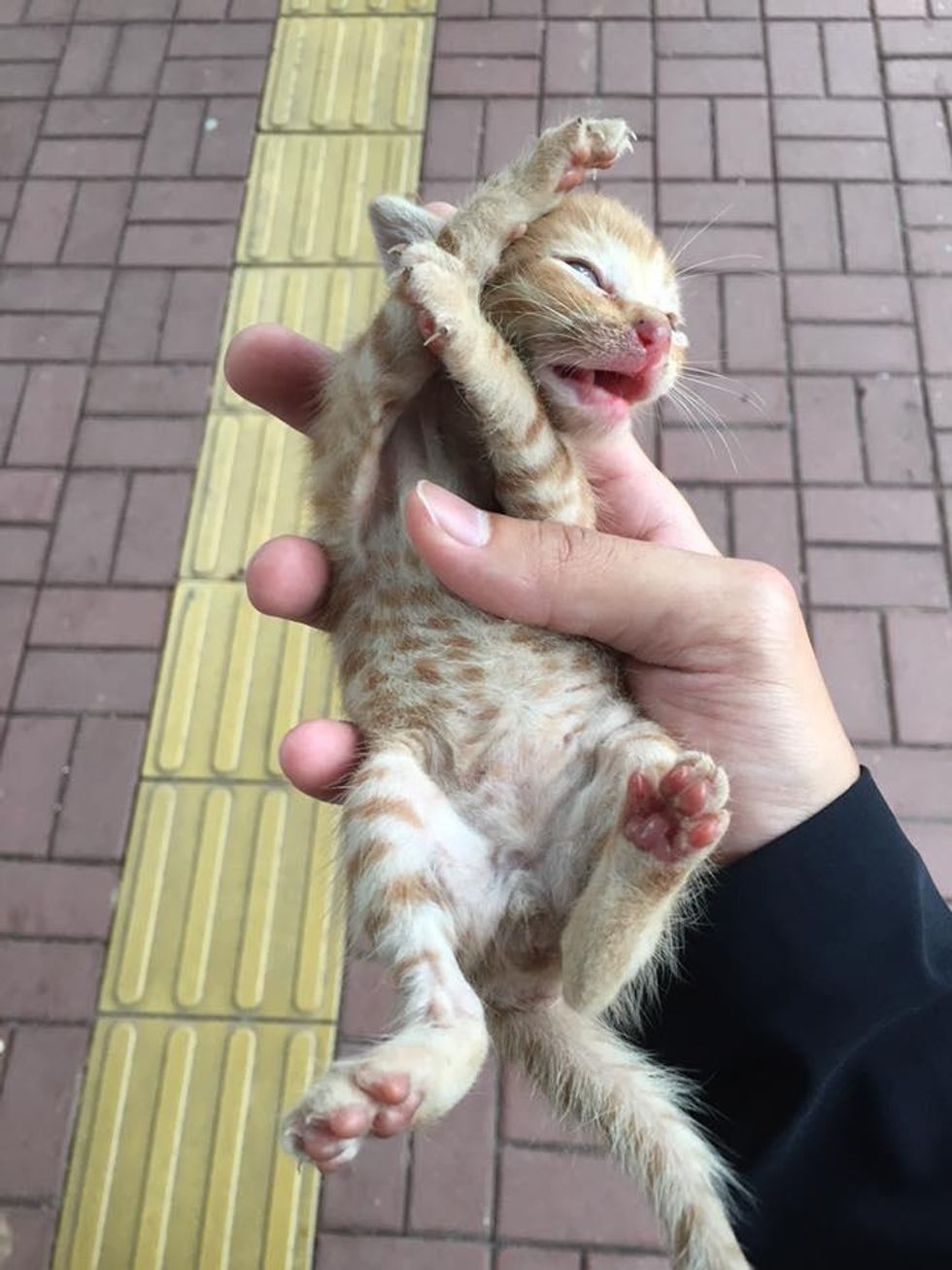 Kevin has never had a cat before but he believes that it is fate that brought them together.

"After discussing with the family, we would like to adopt the kitten and let our fate continue on," Kevin said. "The kitten is named Lion because he was found by the tunnel at Lion Rock." 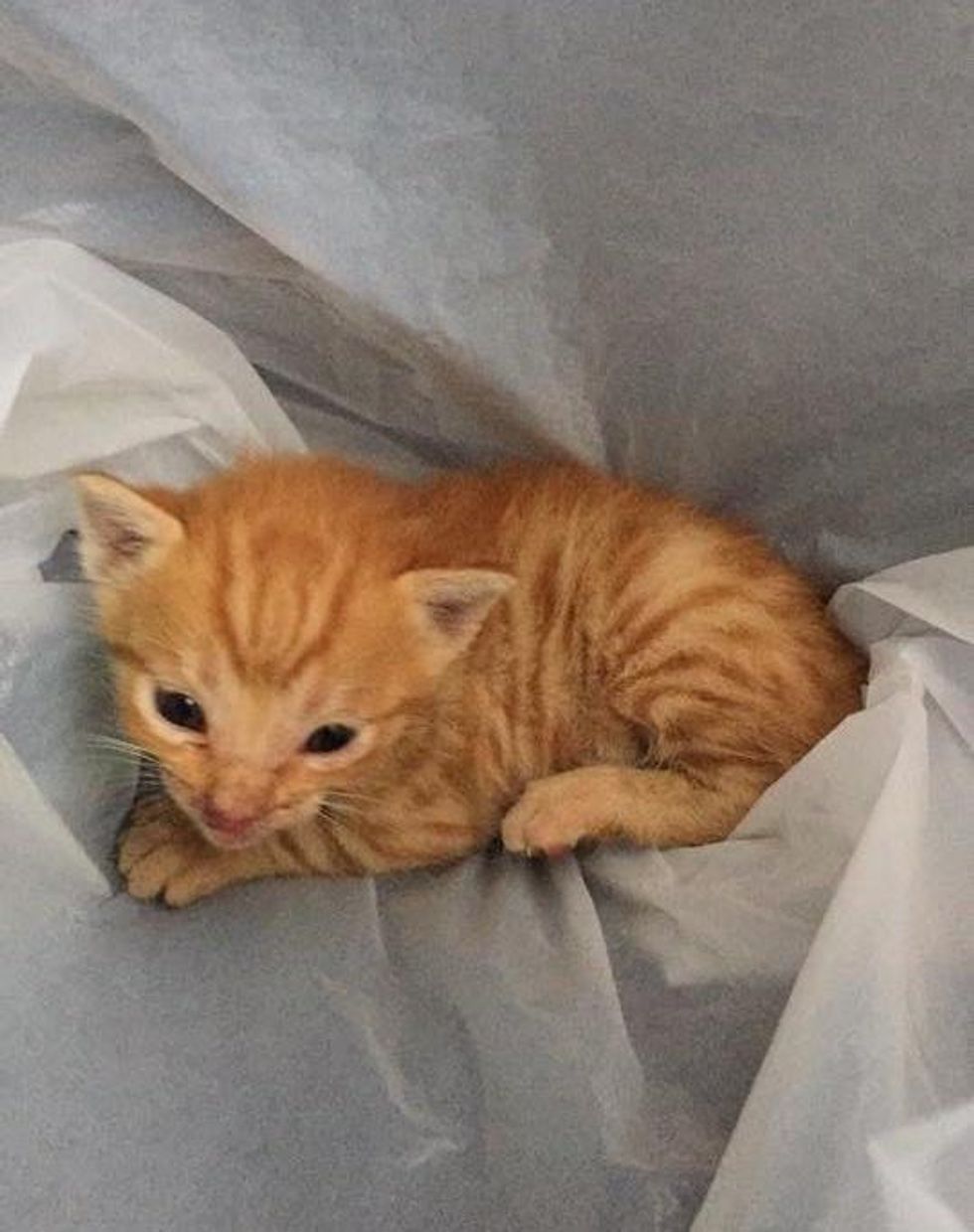 Little Lion is currently in foster care while Kevin is getting his home renovated and kitty proofed. Once the renovation is complete, they will officially welcome their new addition to their family. 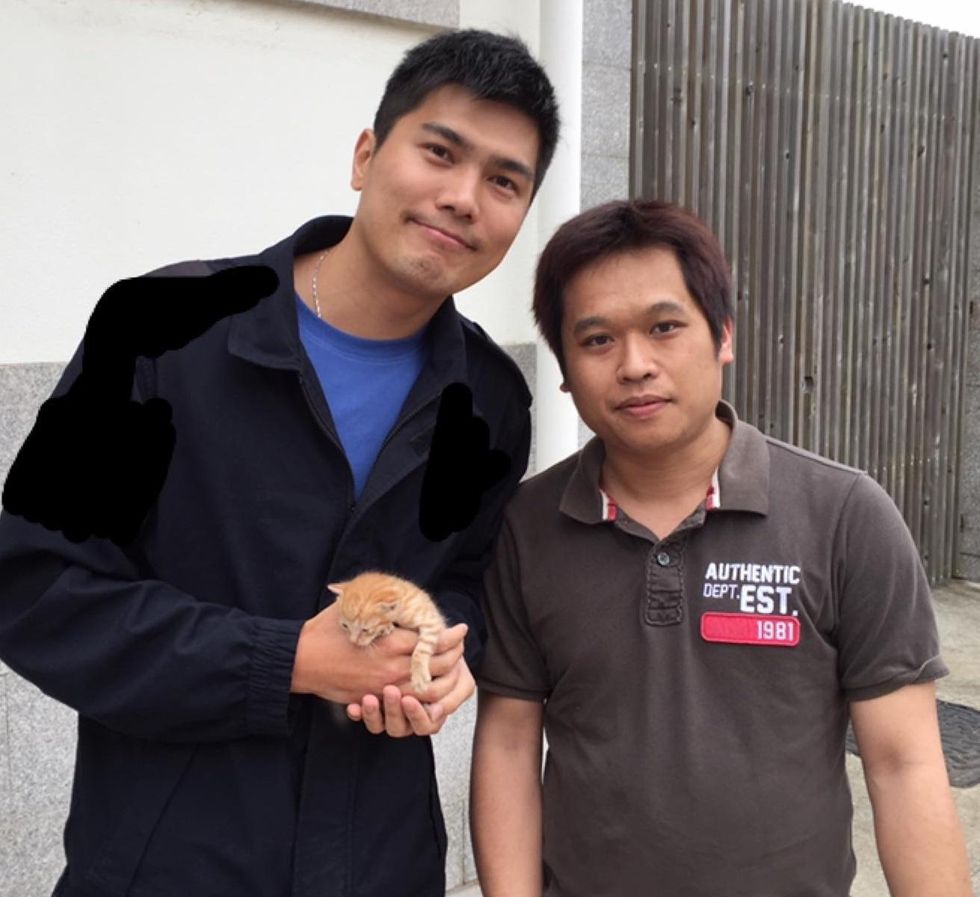 Little Lioin is doing well in his foster home, learning to groom and is cuter than ever!

Related story: 14-year Old Boy Dives into Overpass to Save Cat Hanging Over Bridge - Kitty Clings to Him for Life