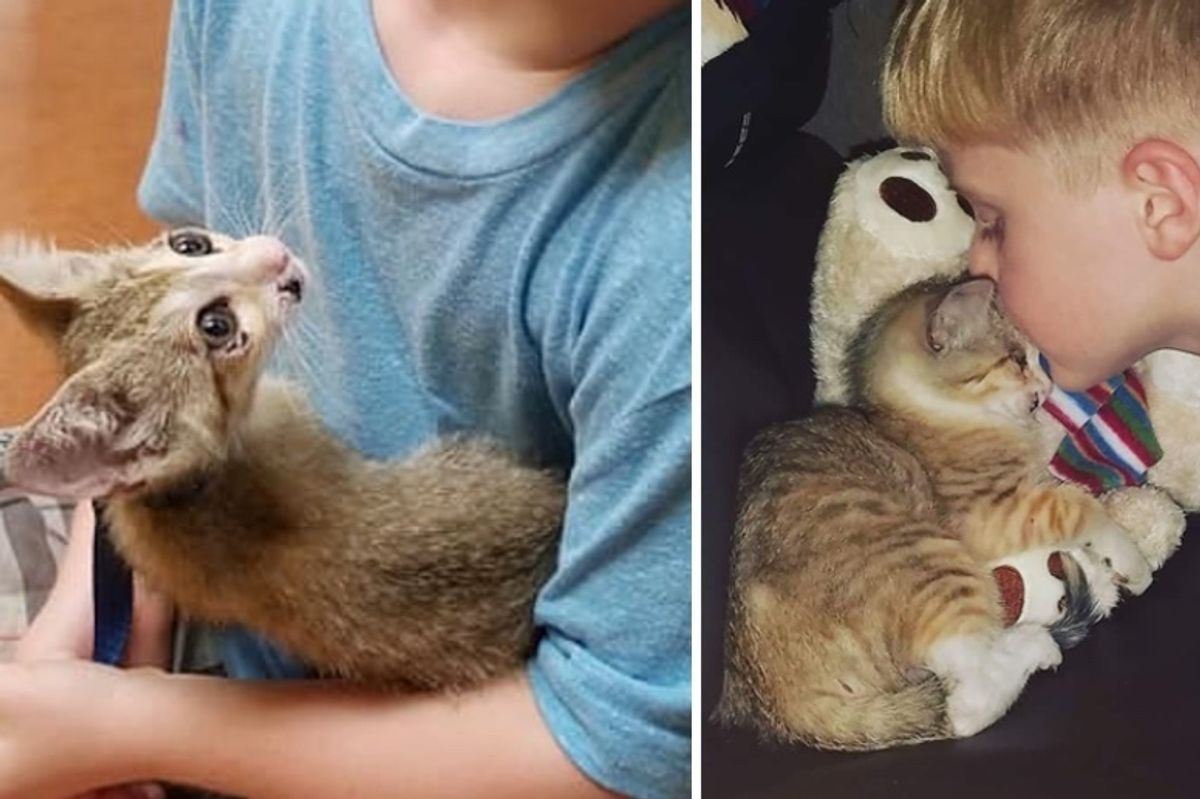 Family Saves Kitten Trapped in Heavy Traffic, the Kitty Holds onto Them and Won't Let Go

A family was driving on a highway when they spotted a small animal desperately trying to escape from heavy traffic but was trapped between moving vehicles.

As they drove closer, they realized that it was a kitten.

Melissa Evans from Florida was taking I-95 in Lake Worth along with her family on a Sunday in early June. "We saw something kind of ping-pong across three lanes of traffic ahead of us. We thought it was a bag at first, then maybe a squirrel as we got closer," Melissa told Love Meow.

Every time the frantic little one tried to get to the side, another car would zip in front of her, forcing her to turn around. "It wasn't until she went underneath a jeep, bounced out the back and ran to the center median just behind us that we realized she was a kitten."

They immediately pulled their car over to the center median and rushed to the kitten's rescue. They worried that the kitten would run away and back into lanes of traffic, but the tiny feline managed to find refuge under a concrete barricade and wedged herself in a small opening.

"That's when I grabbed her and quickly wrapped her up in a moving blanket we had in the truck," Melissa added.

The kitten was in terrible shape with injuries on her lip, bottom and one of her eyes due to severe road rash. She was just skin and bones, covered in dirt and blood, and was fighting to live. "We ran around town trying to find a vet that would look at her."

The kitten was terrified and would try to break free at the slightest noise. When they arrived at the vet, she was exhausted. "She got a heavy round of antibiotics and some liquid stitches and has been getting better every day."

They named her Allie and brought her home to help her recuperate. "She was pretty terrified for the first couple days," Melissa told Love Meow. "She was only calm when being held, and it took her about a week to calm enough to begin purring."

The family helped little Allie regain her confidence by having long cuddle sessions with her every day.

"At first, I was adamant that we would get her fixed up, spayed and then adopted out since we already have two rescue cats and a Chocolate Labrador but as she continued to demand being held and cuddles, I knew she belonged with us," Melissa added.

Two weeks after the rescue, the little kitten crept her way into everyone's heart and especially bonded with Melissa's son.

"They are inseparable and she sleeps in his bed every night."

"Now she doesn't stop purring and meowing," Melissa added. "She's very vocal and makes sure we know when she wants treats."

Nothing makes her happier than snuggling with her forever humans.

"It's crazy to think how close she was to not making it and I'm so glad we came across her. She's our miracle Allie cat," Melissa said. "Every life matters and hers has made ours better."