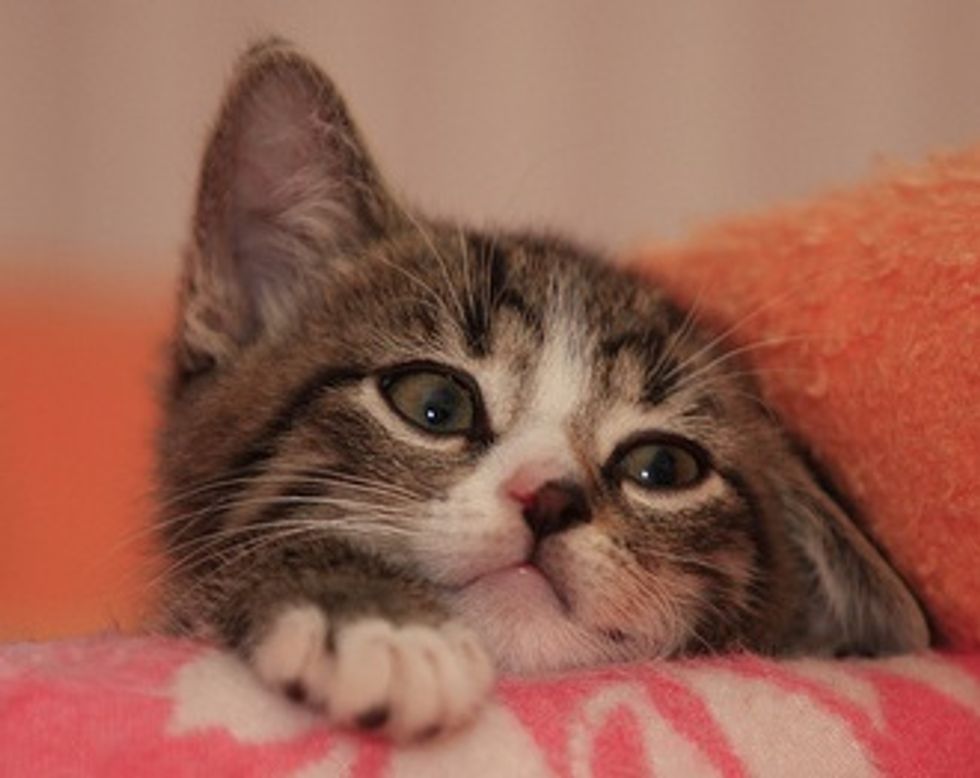 Max and Moritz the 2 Tabby Brothers

Max and Moritz, 2 lovely tabbies, were born in the shelter in Germany. Their cat mama was brought into the shelter pregnant. Several weeks after the kittens were born, Tina Weber's mother saw their photos on the internet. "My mom instantly fell in love with them, so she rushed to the car right away and was on her way to bring the kittens home," said Tina.

"They are 2 months old brothers. Max is the one with the white paws and he is more trusting than his brother Moritz," said Robert Weber, Tina's brother. "Max is the runt of the litter, but he is so curious and brave. Moritz is the biggest of the litter, but he seems most timid. They both love to play with all the balls and cat toys in the house. They also eat as much as 4 adult cats and are growing like crazy," said Tina. "They love each other very much. They hug, fight, play and get along very well. It's just heartwarming to watch them in any situation. Sometimes the bigger one seems to miss his mom and he sucks on Max's belly and Max seems to enjoy it," said Robert.

"We had a big family reunion this weekend at mom's house. The kittens were a bit shy at the beginning, but soon they came out of their shell and started playing with everybody. Everyone loved them to death, though my puppy Maddy wasn't so enthused," Tina added. "It's good to have both of them, so they never get bored and always have someone to play with," said Robert. "My mom got them 4 days ago, but they have already brought so much joy to everybody they met," said Tina.