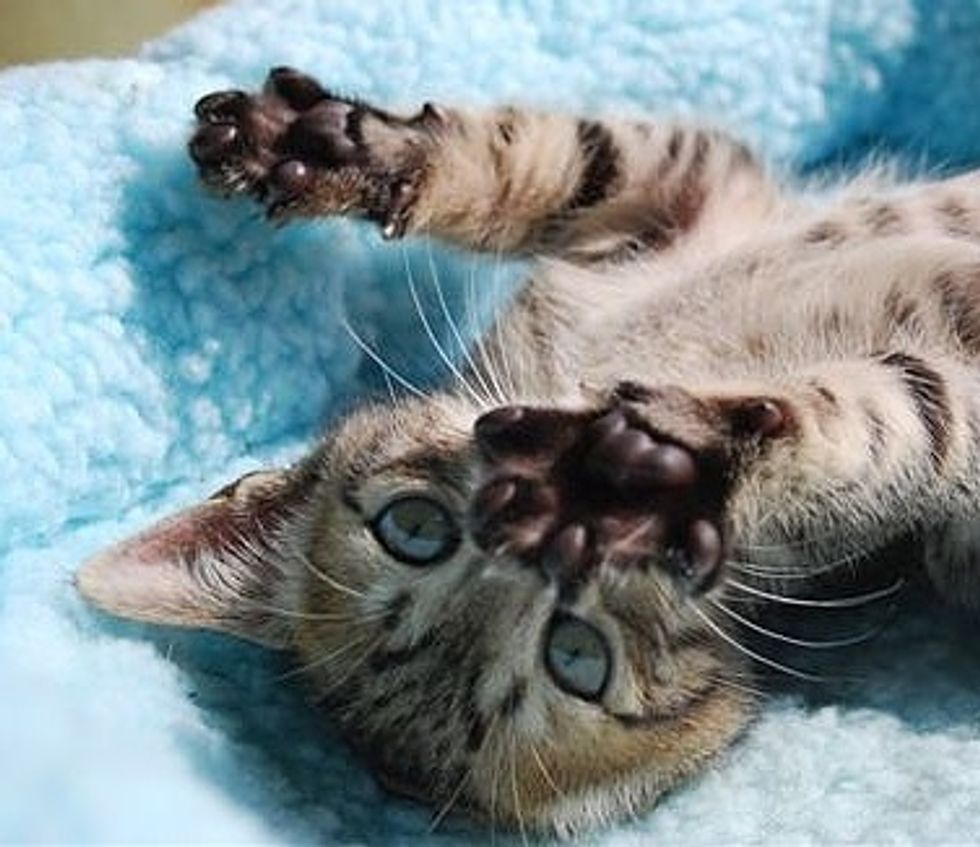 On December 18, 2008, Meeli was on her way to a bank. She took an alley that she never went through before, hoping that it was a shortcut. But what she did not expect was that the very route she took led her to an abandoned tabby kitten, Meatball.

"When I saw Meatball, he only weighed one pound and was as big as my palm. There were wounds on his mouth and tongue. I had to bring him home with me. Luckily he recovered very quickly."

"The number of cats in my family is getting higher and higher," said Meeli who now has seven cats.

At the beginning, meatball was not strong enough to jump up even a few feet. but right now he can jump on any high places effortlessly. Meatball loves to play with the other cats in the house. Sometimes he wrestles their tails and other times he chases them around.

Meatball's best buddies in the house are Pudding, Bun and Taro the tuxedo cat. They all look at him as their little brother, babysitting and watching over him. Meatball has come a long way since the first day he was found on the street. He's grown into a beautful tabby cat today.