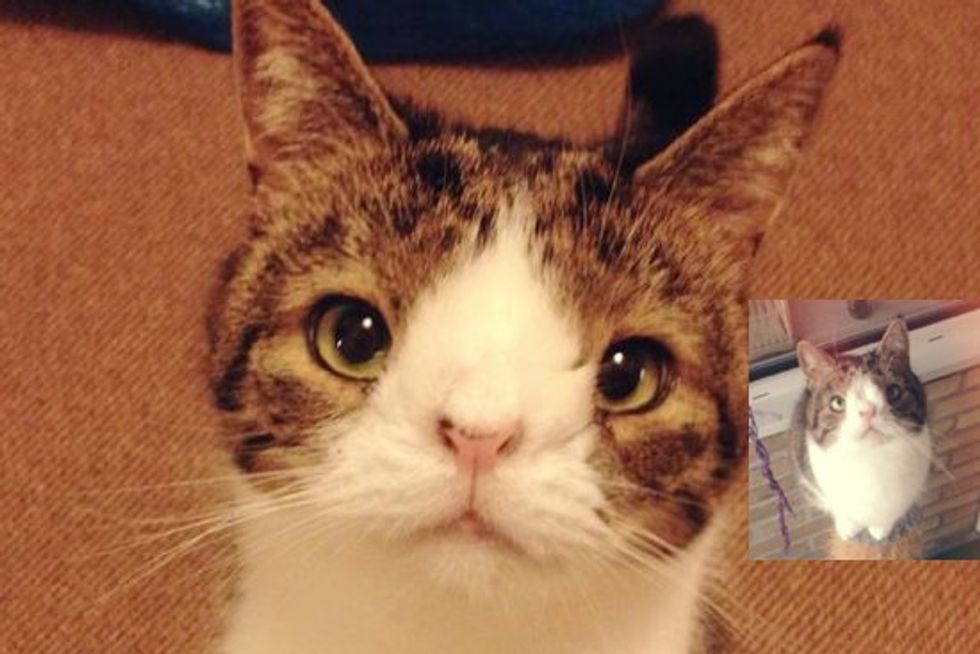 Monty The Special Cat With A Big Heart

Meet Monty. He's a special cat with a big heart. This little darling was born without a nasal bridge.

"About a year ago we adopted little Monty from an animal shelter. The previous owner had too many cats and were forced to put some of them up for adoption, one of them being Monty. We were already housing two cats, Mikkel the three-legged cat and Malle the gentle giant," said Mikala and Michael via Facebook.

"The first time we met Monty, there was no doubt in our minds that he was to come live with us. His special appearance makes him look so incredibly cute, but his personality, he showed from the very beginning, is rare as a diamond! Monty shared a room with some of the other cats from the animal shelter and even though a few of them acted a little aggressive and lashed out at him, Monty continued to lay calm and quiet, uneager to pick a fight."

"Monty was born without a nasal bridge (the bone in the nose) which affects him now and then and makes him sneeze a bit."

"He loves lying on your lap and at night he'll keep you company, not leaving you side until you wake up, but favorite place to cuddle is by far in the arms of (his dad) Michael."

"Monty is almost never afraid, he even loves being at the vet, a brave little fella."

Monty is happy for the comfy bed.

"When it comes to love, nothing reaches the love he's got for Malle and Mikkel!"

"We wish for Monty to be an ambassador for 'crooked' cat or cats that may not look perfect in everyone's eyes!"

"We also want to raise attention to the fact that looking different doesn't mean you can't be fantastic."

"And we believe that our sweet little Monty is a perfect example to just that and in every way is: FANTASTIC!"