Two little homeless kittens were found on a driveway without a mother. No one wanted to take them, but a young man refused to let them be homeless. 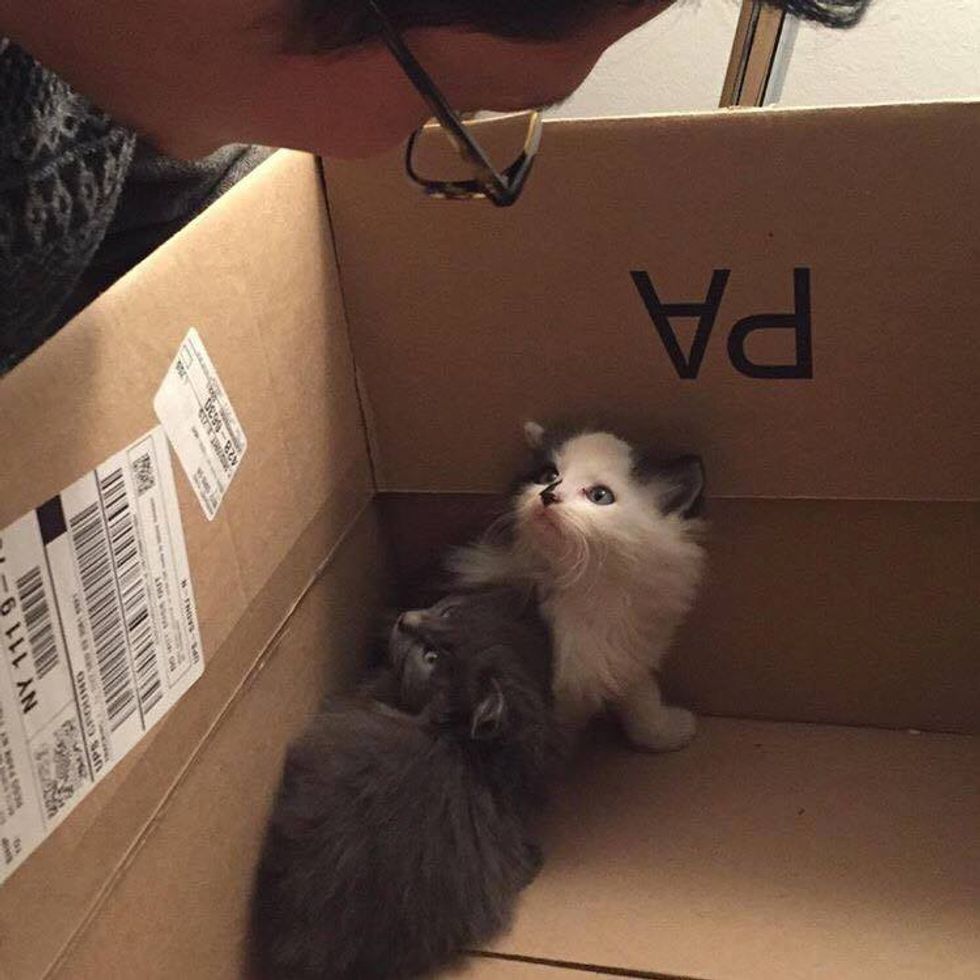 The feline siblings were seen running around on a driveway without a mother in sight. It was freezing cold at night in Long Island, NY and the kittens had no shelter and food. By the end of the day, no one had claimed them or wanted to take them, so a young man stepped in to help.

Hank took the two tiny furballs home for the night and the next day they went on their first trip to the vet. "The vet said it appears that their mother abandoned them a while ago since they were dirty and not groomed at all," Hank told Love Meow.

He bathed and cleaned the kittens and gave them lots of food as they were very hungry. For the first time in a long while, the kittens had a safe, warm place to sleep and a full belly.

Hank was able to find the little gray kitten a loving home very quickly, and when it came time to get Louie a forever home, the tiny kitten had a plan of his own. 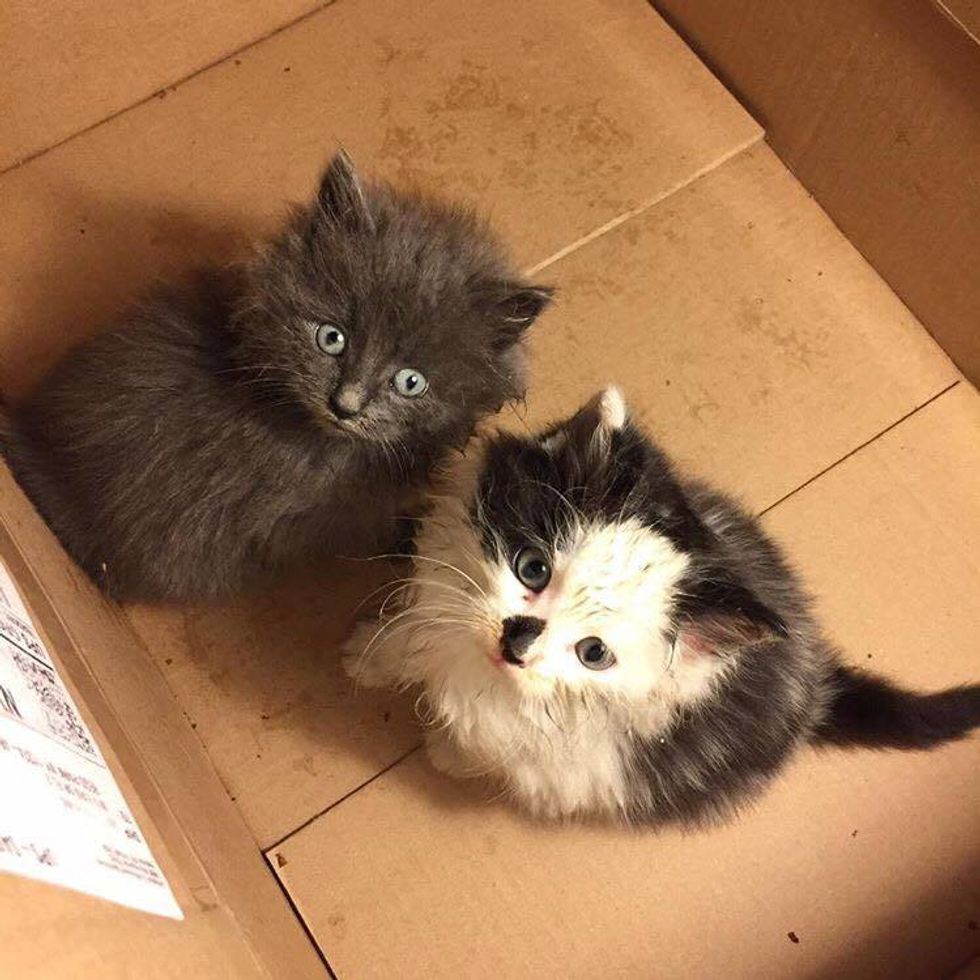 "In the morning he would come purring and cuddle with us in bed," Hank told Love Meow.

"He always secretly follow us to whichever room we were at and pretended that he just so happened to be chilling there. I believe he instantly chose me to be his hooman because we bonded so well." 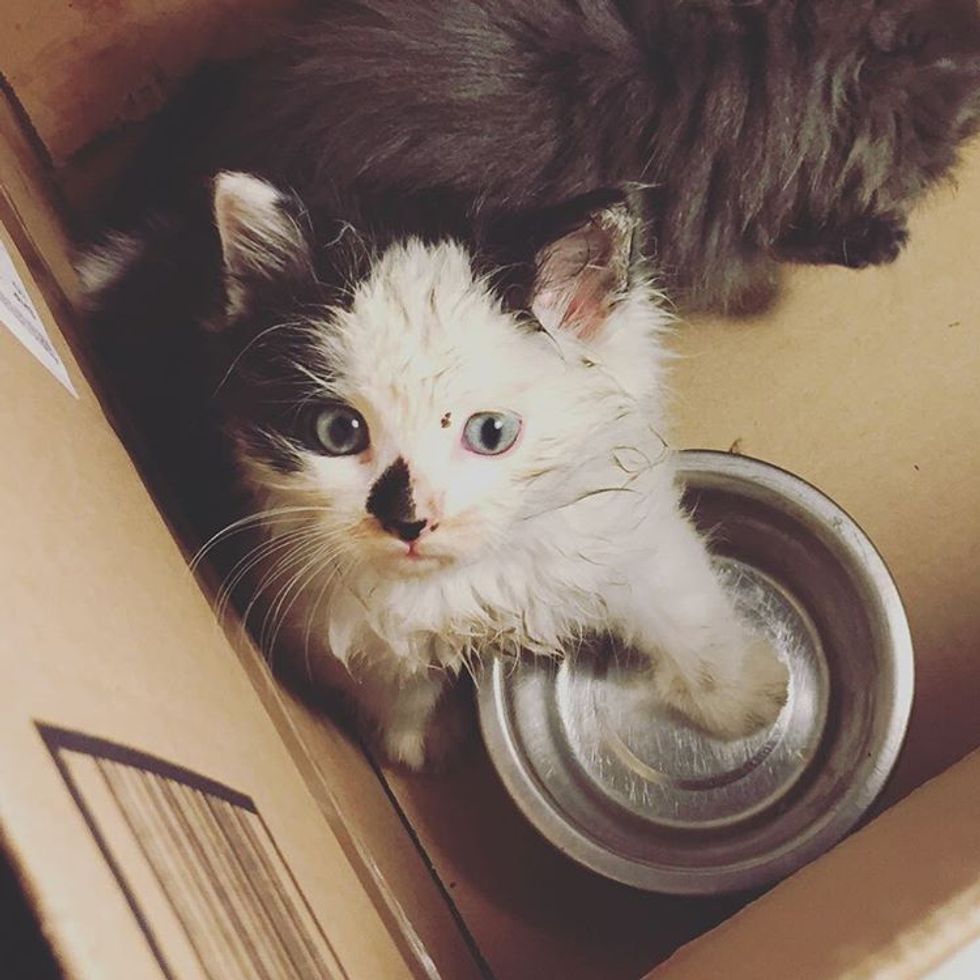 "Louie was the brave and active one. He ate the food right away because he was starving.

"He was not afraid and was just really curious about everything. When I first saw him, he was playing with a pebble in the cold." 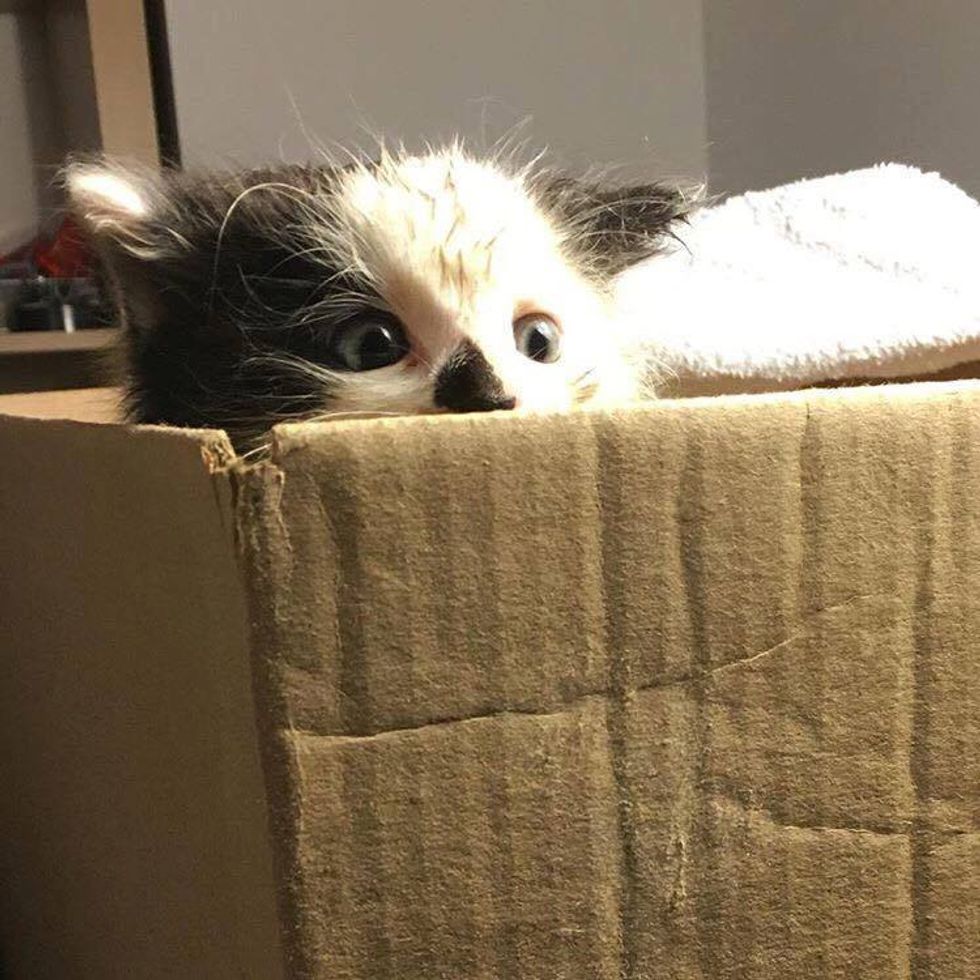 The gentle little boy loves to cuddle, especially with Hank.

"He loves me because I feed him and I am his slave. He wants to act as the boss of a house, but is still actually a soft kitten on the inside." 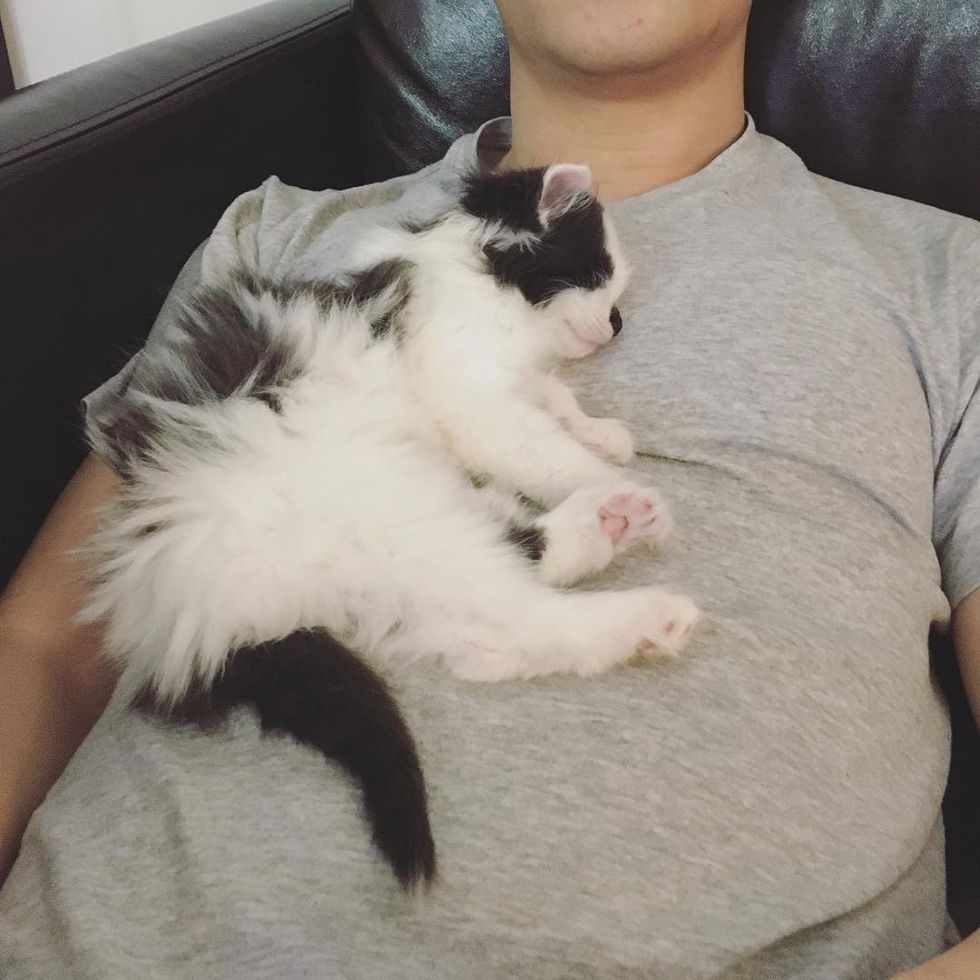 Louie wrapped around his human's arm, cuddling while napping. 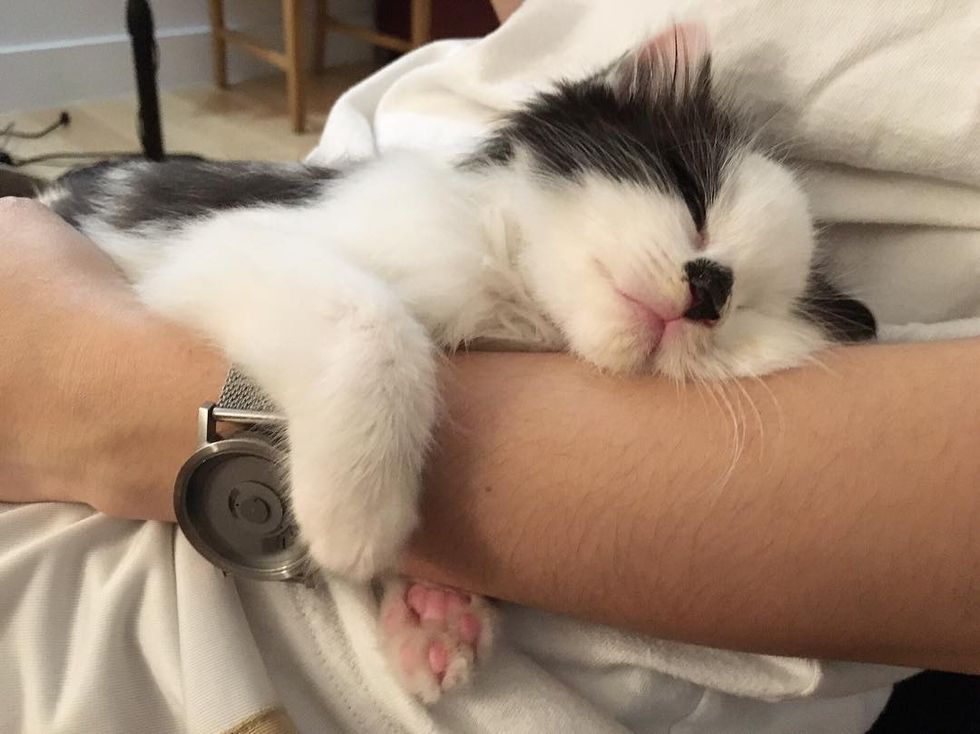 He wants a hug from his favorite person whenever he can. 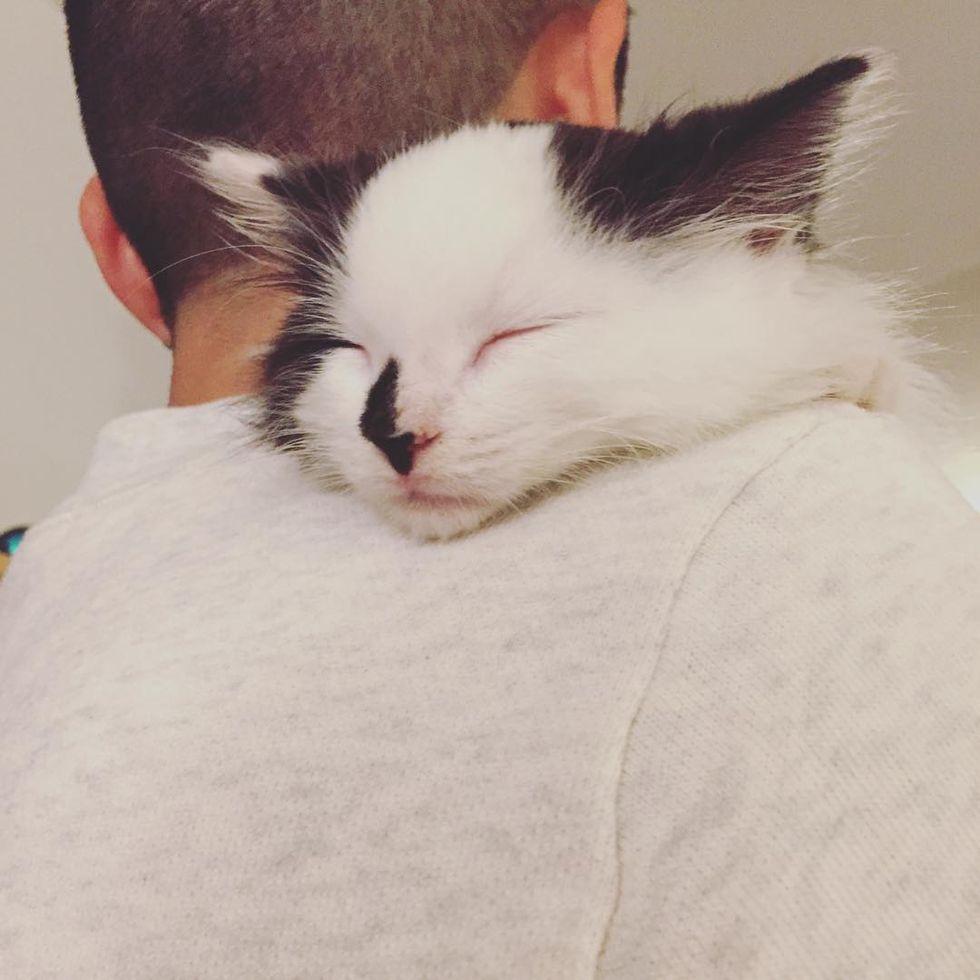 When Hank gets back from work, lap time is a requirement. 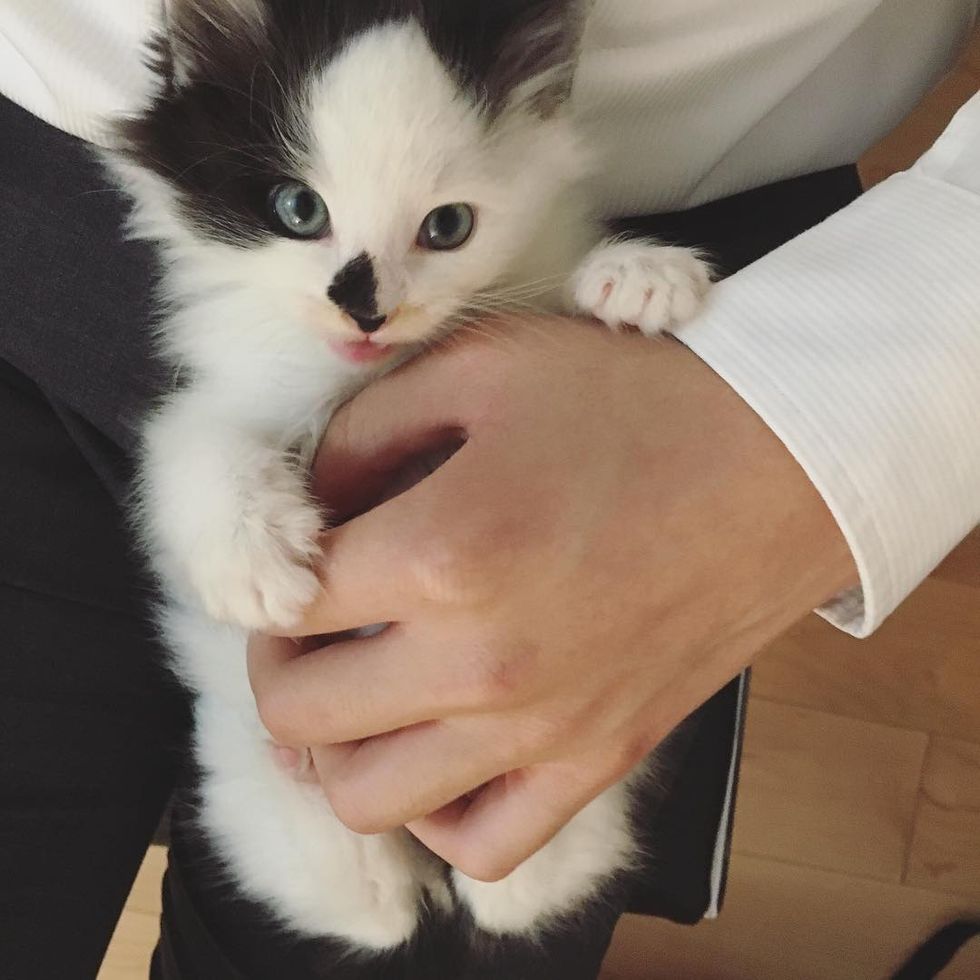 This little boy grew up cuddling his humans, Hank and Jenny, keeping them company and warm. 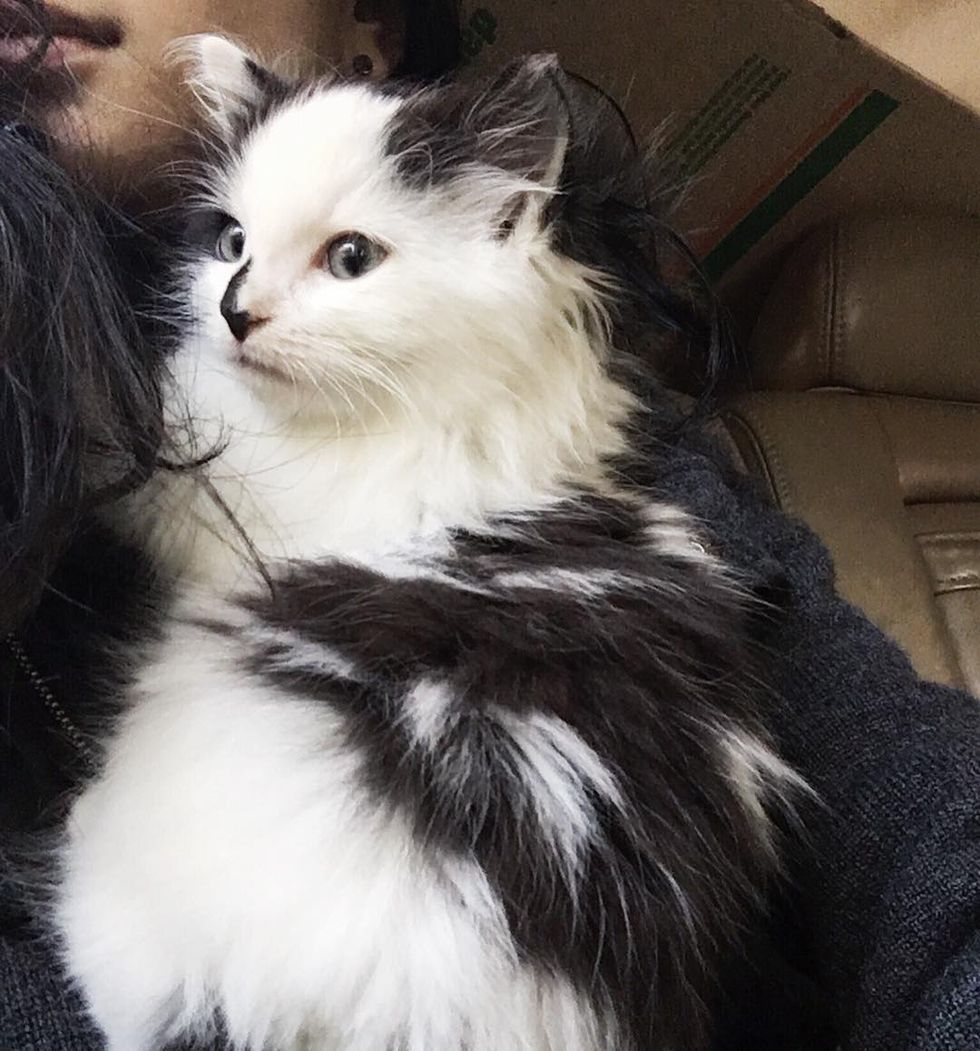 Now all grown up, Louie extends his love to another kitty that they adopted, Zoe.

"He loves his little sister Zoe so much and always let her eat his food. He grooms her whenever he could. It was hard to believe they were hissing at each other on the first day... He loves his sister more than us now. He's a great big brother," Hank told Love Meow. 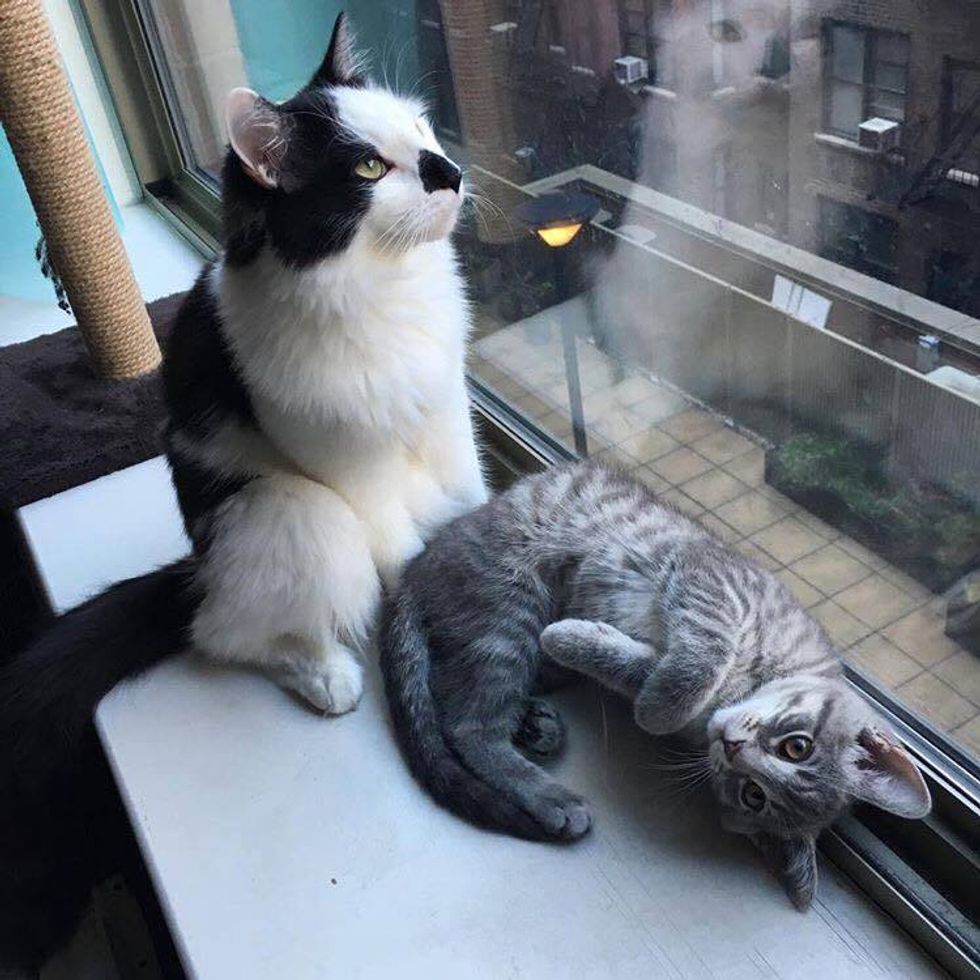 Now he grooms Zoe every day and smothers her with love.

Related story: Stray Kitten Walks Up to Man, Takes Over His Skateboard and Heart, Now a Year Later..