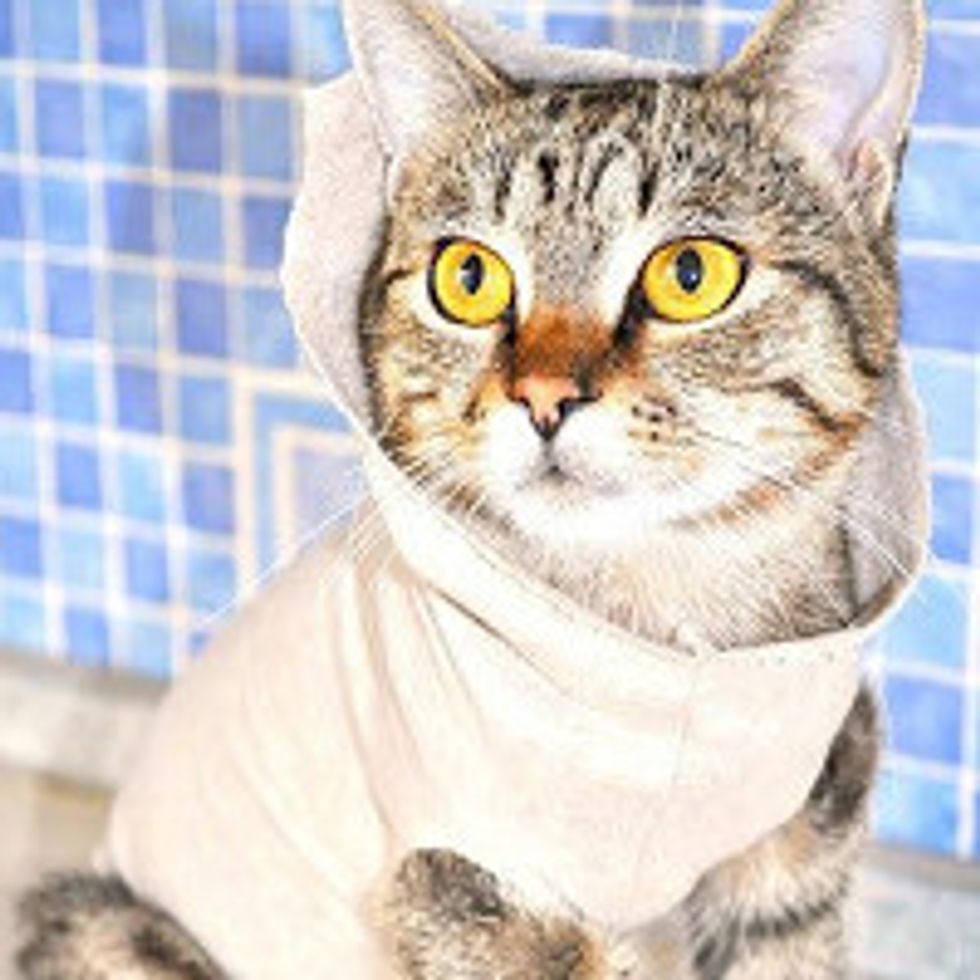 Olly the cat owes his life to a group of volunteers from Brasov/Rumania who called Animals Need Us for the rescue. Olly is a fighter who survived against all odds.

"Last year in March, I fell in love with a picture of a little cat with beautiful big brown eyes... They found him in an area frequented by homeless people. He laid on the ground and couldn't walk or stand up," said Iris.

Olly came in rough shape. They weren't able to save his tail, but after many visits to the vet, Olly finally learned to walk again. "Now I was able to get him to adopt to the 929 km distants Vienna. At the first moment Olly and Coco, my other cat were acting like brothers."

During one of their many vet visits, a chest X-ray revealed that Olly had a diaphragmatic hernia and he had to be operated on soon. "We were very sad and could not believe it. Olly must have had gone through a lot in his past," Iris added.

They took him to a special vet. The surgery lasted for 3 hours. Olly went home in a cone. "Olly didn't like his ruff. So we made him a sweater from my old shirts. He looked so cute. And a short time later, he felt asleep. The stitches on his chest and on his tail healed very quickly."

"Every day we are so glad that Olly is alive and we could spend our time with him. Despite his terrible past, he is so strong and so sweet."

Olly after the rescue

After the surgery. He wasn't a fan of the cone.

They made him a little sweater and he fell asleep in it.

Olly and Coco met for the first time after his adoption