Orphaned Kitten and Rescue Pup Need Love to Live, They Find Each Other

A tiny stray kitten bonded with a rescue pup at the shelter and became each other's saving grace.

Meet Nugget the pup and Chicky the kitten. 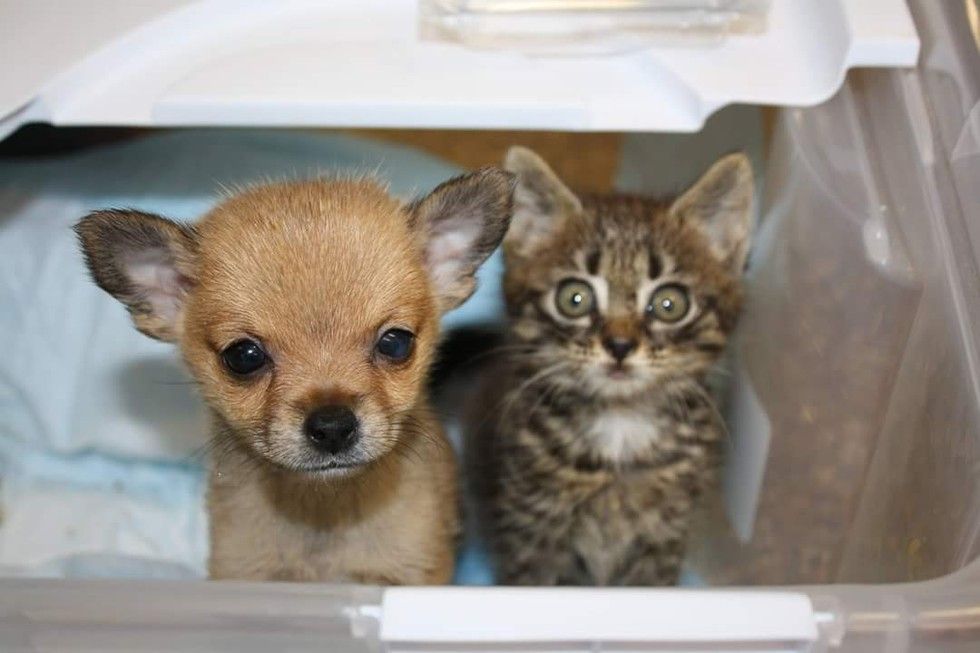 A orphaned kitten and a rescue puppy found each other at Shenandoah Valley Animal Services Center, a rescue group in Lyndhurst, VA, and became each other's family they never had.

"The kitten was found as a stray and the puppy belonged to a very kind man that came to us seeking help with placement of three pups that week before," Lindsey Huffman of SVASC told Love Meow.

The rescue group took in the pups and helped get mom spayed. One of the puppies, Nugget, became gravely ill and needed immediate help. It took the rescuers hours to bring the little one back to life. 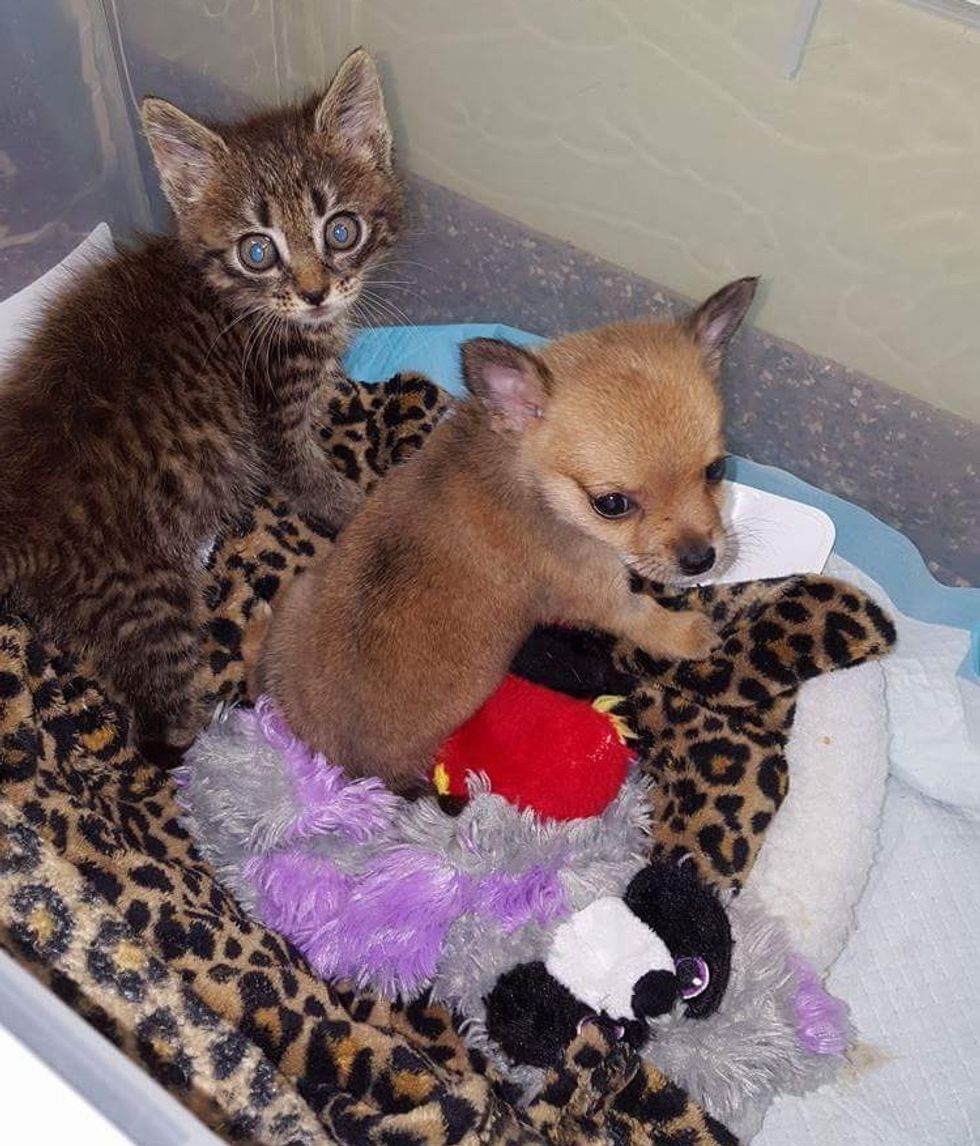 After several sleepless nights, getting up every three hours to give the pup fluids, little Nugget was nursed back to health.

The kitten Chicky arrived in the shelter on the same day Nugget returned. The pup became very whiny and was in terrible need of a companion. 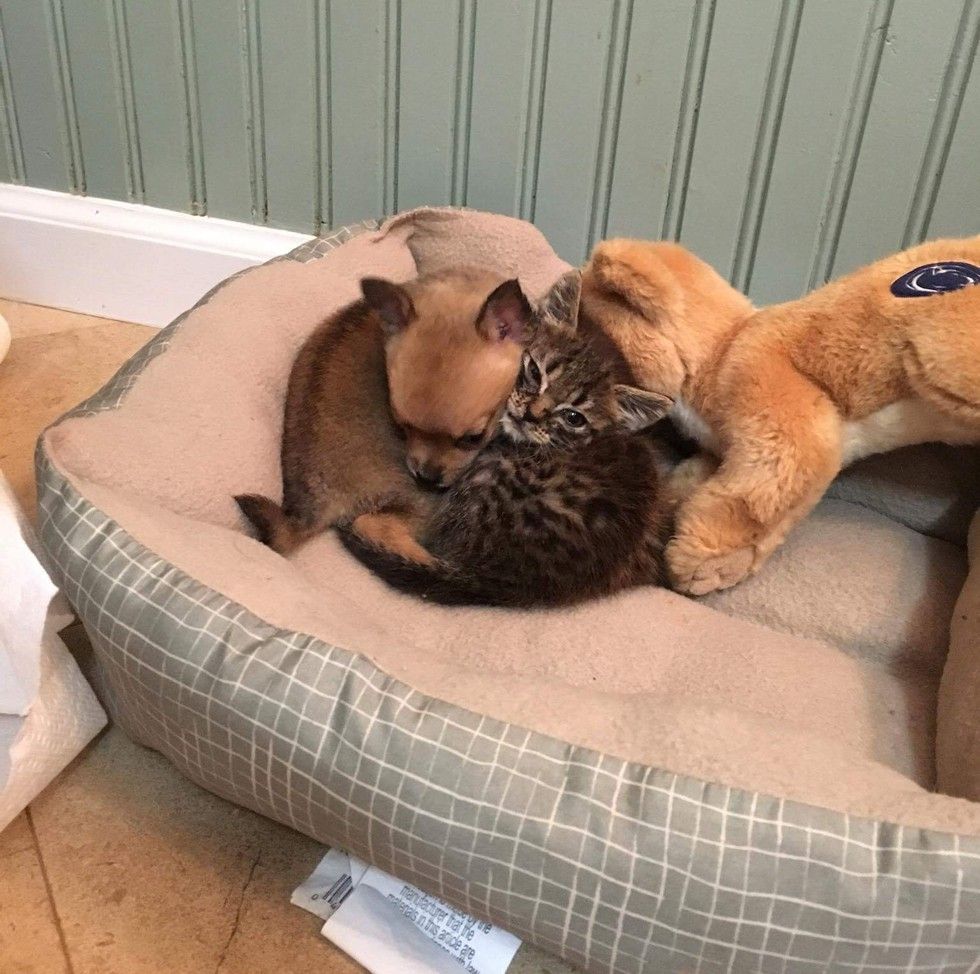 "Lil Chicky was a single in a cage by herself and was also very lonely and vocal," Huffman told Love Meow. "We just said 'put em together, it was worth a shot anyway!' They immediately started nuzzling one another and later started playing."


It became very apparent that the two had quickly bonded and one couldn't do without the other.

"When we took one out the other would get very upset and start fretting. Match made in heaven!" 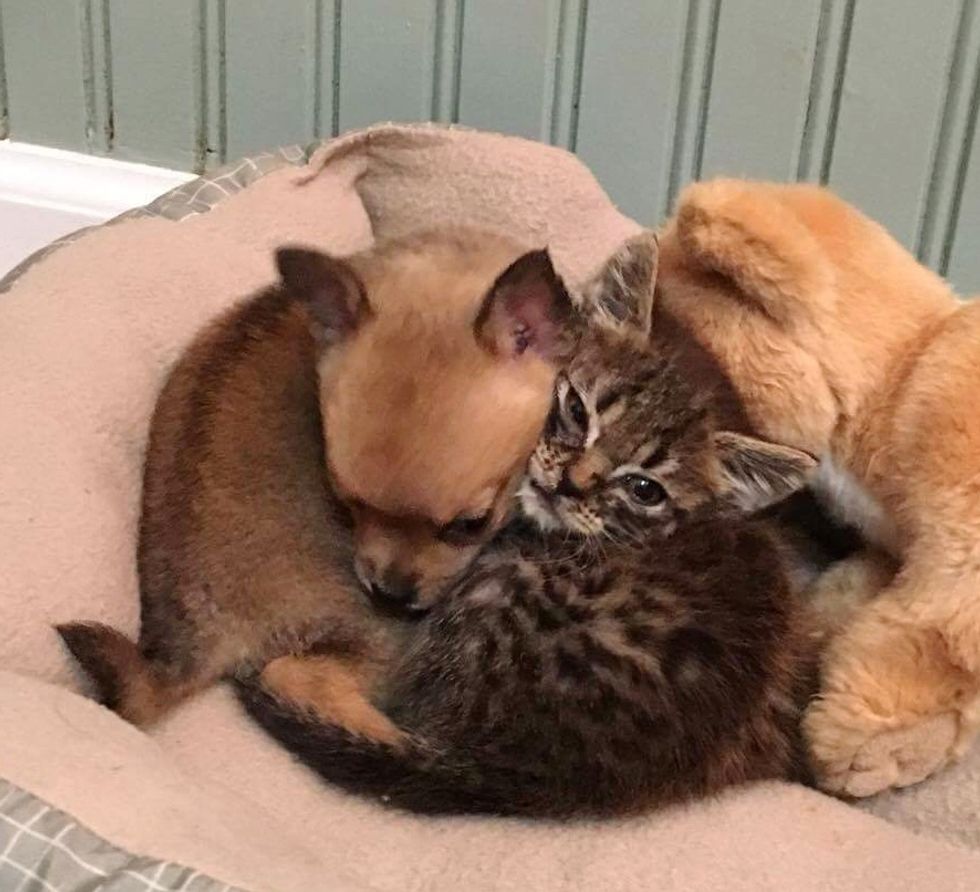 It makes an enormous difference for shelter animals to have a buddy. "They each needed the live and support of one another," Huffman told Love Meow.


The two best friends will be available for adoption in two weeks.

"We want to give them enough time to get back to feeling better before placement," Huffman said. "They are in foster with our shelter vet and are in great hands until they are able to go."

Chicky and Nugget continue to get better, stronger and bigger each day. Nugget is no longer whiny and upset because of Chicky, and the little tabby kitten is so happy to have a friend for life.


They will never be apart.