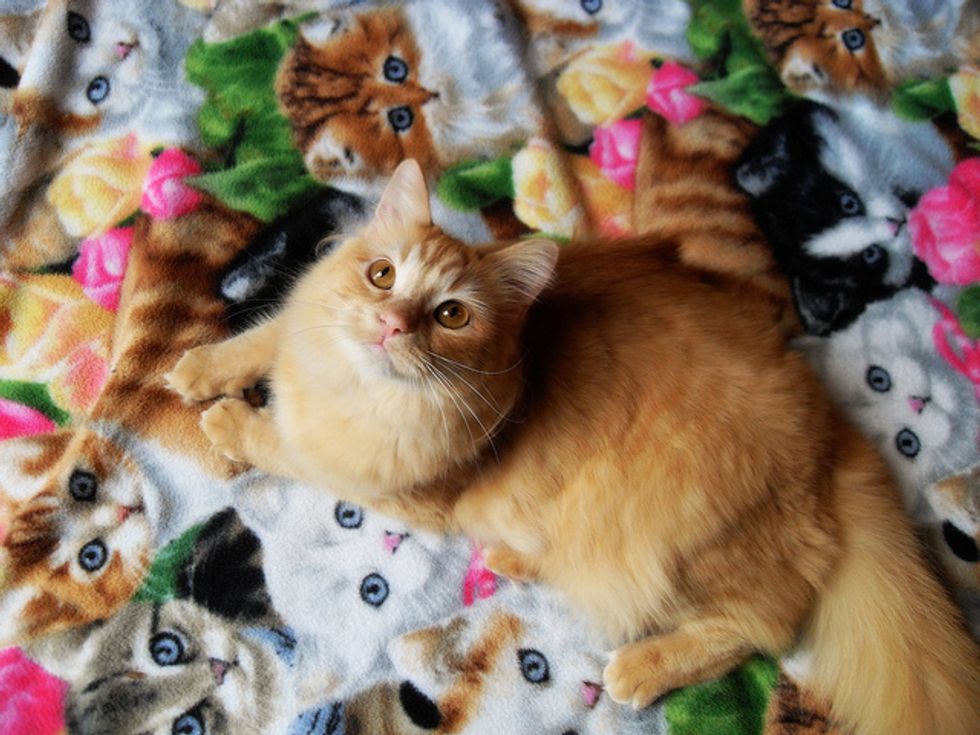 Pumpkin was found as a kitten right outside a restaurant and brought home by my mother. He had an ear mite problem. It was really bad, it was as if someone had taken dirt and shoved it into his little ears. That problem was taken care of very soon, and we just had to keep him. He is now a 1 year old handsome ginger boy.

He seems to be like a human child! A child that wants lots of love and attention, enjoys cuddling, being together, and being played with. At night I can actually cuddle with him like a teddy bear! And he will lay down and purr like a motor. He is like a little baby who loves to be spoiled and pampered.

One game that we would do is throw a little toy/ball and watch him go after it. When he was younger, he would actually bring it back like a dog playing fetch! Right now he still loves the game and never tires of it.

Pumpkin has been a joy, brought lots of laughs, and is an awesome pet and friend. He is another example of how great companions rescued cats can be. They'd love you and be thankful for being given the second chance and a forever loving home. I love my Pumpkin!