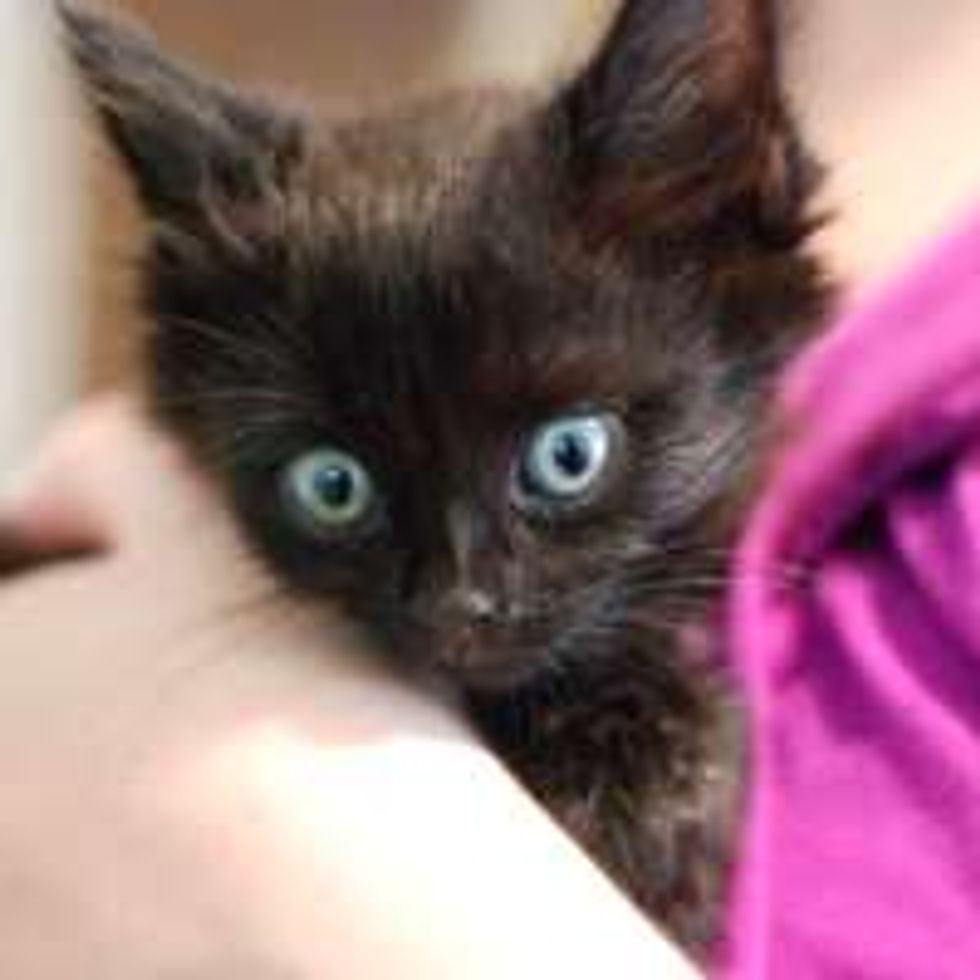 A little black kitten was found unable to walk. A kind woman brought him into the Tenth Life, a rescue group for strays in the St. Louis area. They discovered that the little kitty was completely immobile, but against all odds, the volunteers never gave up on him. Then one day, something amazing happened....

Lincoln the rescue kitty and his story by Tenth Life (facebook page):

Last weekend, we received a deeply concerning call: a woman in north St. Louis found a four-week-old kitten in the middle of the sidewalk, completely immobile. She brought him inside to

help him and scan for injuries, but couldn't find anything immediately visible. She fed and observed the kitten, who just laid on his side, unable to stand or move his legs. She assumed he had broken his legs and/or paws.

When we picked Lincoln up from the woman's home, our hearts sank, seeing that this poor kitten was essentially quadriplegic. Never ones to give up hope, we had the tiny, motionless kitten examined, fearing the worst. Our vets felt his was a spinal or neurological injury, and they were unsure what impact, if any, physical therapy would have for his condition.

Amazing foster parents, Bobbi & John, took this news as a challenge, and they are performing physical therapy with little Lincoln 6 times a day, pumping his little legs, stretching them out, and supporting him as he learns to walk again.

2 days ago, he could only lie limply, raising his head occasionally. Tonight, the tenacious kitten is curling his paws around a human finger, standing with support, and picking up his paws to take steps. He even sat on his hind legs and batted at a toy!!! Bobbi says that this little bit of exertion utterly exhausted him and he is now napping soundly, but we are incredibly encouraged by his progress in such a short period, and we're confident that Lincoln will walk again.