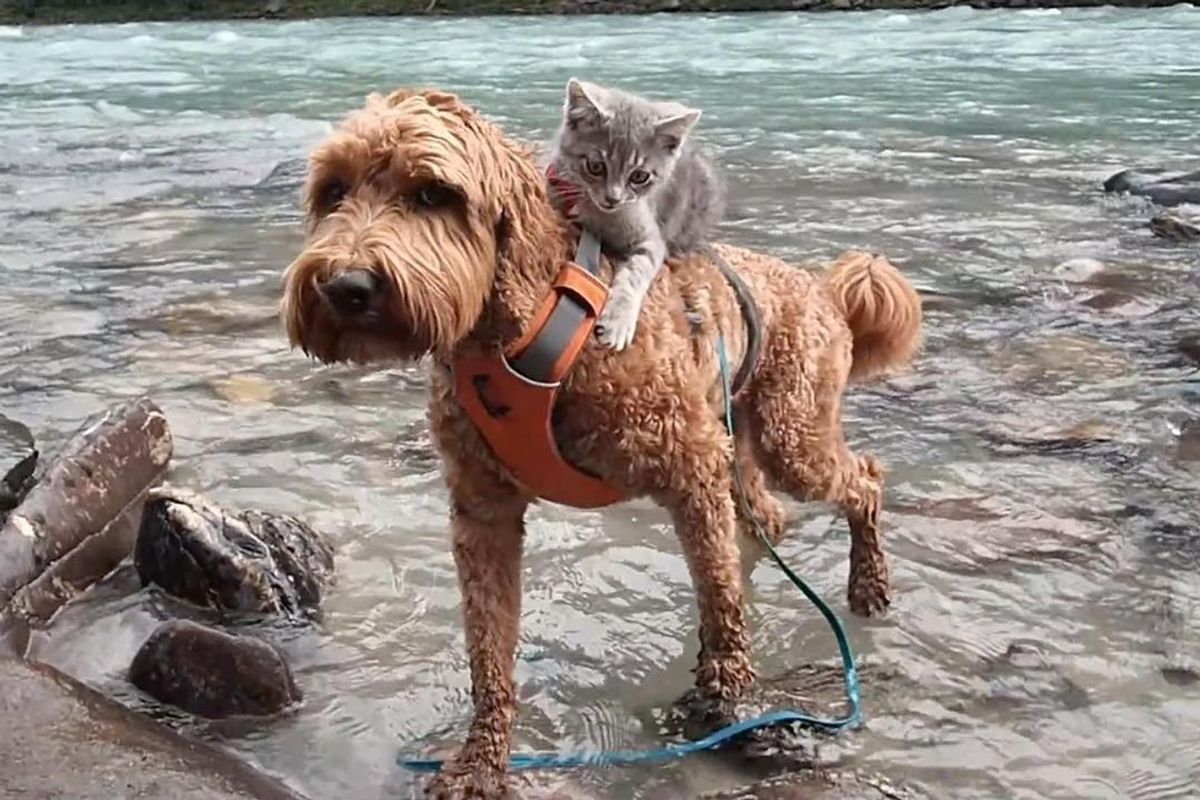 A tiny kitten spent the first few weeks of his life wandering around, fending for himself until he met a dog and began to follow her around everywhere she went.

Meet Koda the kitten and Jessie the dog.

Koda was just 8 weeks old when he was rescued from an overpopulation situation. Before he found his forever human, he was wandering around looking for a safe place where there would be warmth and food to eat. Emily Aubrecht (@jessie.and.koda) took the little stray in and let his dreams come true.

At the time Aubrecht had a 3.5-year-old Australian Labradoodle, Jessie, a very friendly and playful gal. "On Koda's first day home, he imprinted on Jessie. Since then, they have been inseparable," Aubrecht told Love Meow.

Koda has become so attached to his best friend that when she goes outside, he cries to tag along. Jessie takes the little feline buddy under her paws and carries him around, showing him the world.

"They are always hanging out, playing, and sleeping together!" Aubrecht told Love Meow.


Jessie teaches her kitten how to play and jump like a dog.

Koda goes on adventures with his most trusted friend. He's become her little shadow, following her paw prints.

After everything Koda has learned from his big sister, he returns the favor by showing her some incredible tree climbing techniques he naturally possesses.

"They like adventuring outside, wrestling, and chasing each other," Aubrecht told Love Meow.

Their lives have been so much more amazing since they found each other. Now they have a partner to venture and explore together.

"Jessie has been teaching Koda all the perks about British Columbia!"

Before Koda came to his forever home, he was a wanderer fighting for food and a safe place to sleep every day.

Now the 4-month-old kitty has a big sister who carries him around and shows him the world. He knows he's home.

Related story: Rescue Cat Now Gets to Do What He Loves and Shares His Adventures Adventures