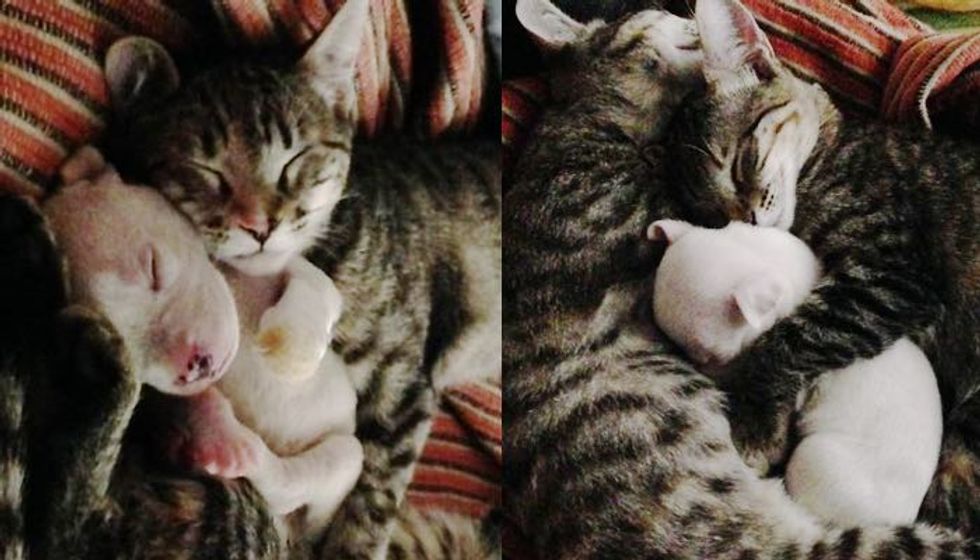 A rescue runty puppy lost a paw but found love from two unlikely 'parents'. He was just a few days old, super tiny and in desperate need of motherly care and love. 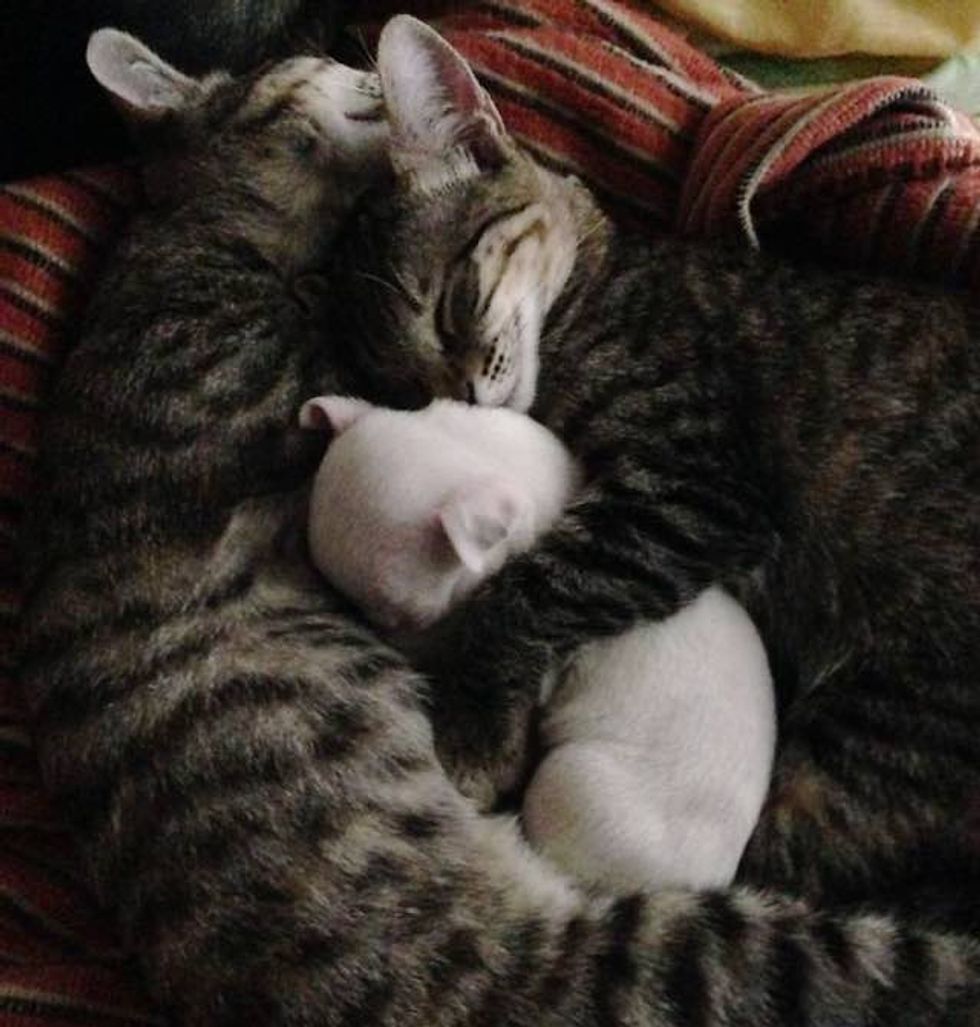 His own mother for some reason didn't want to take care of him and even tried to eat him. After he was taken away from the mother, they found him a couple of unlikely new 'parents' who took him in like their own.

Nicolas the tiny puppy with just three legs was adopted by two cats who seemed to know that the little canine baby needed a lot of love. They took to him immediately.

They were there by his side when their human mom fed the pup every three hours and changed his bandage everyday.

The kitties always ended up cuddling with their puppy, purring aloud as if they were helping him heal.

"Gladly, with constant care from me, my cats and my other 5 dogs he turned into a lovely dog!" aleovir said on Bored Panda.

He was just a little over a week old. 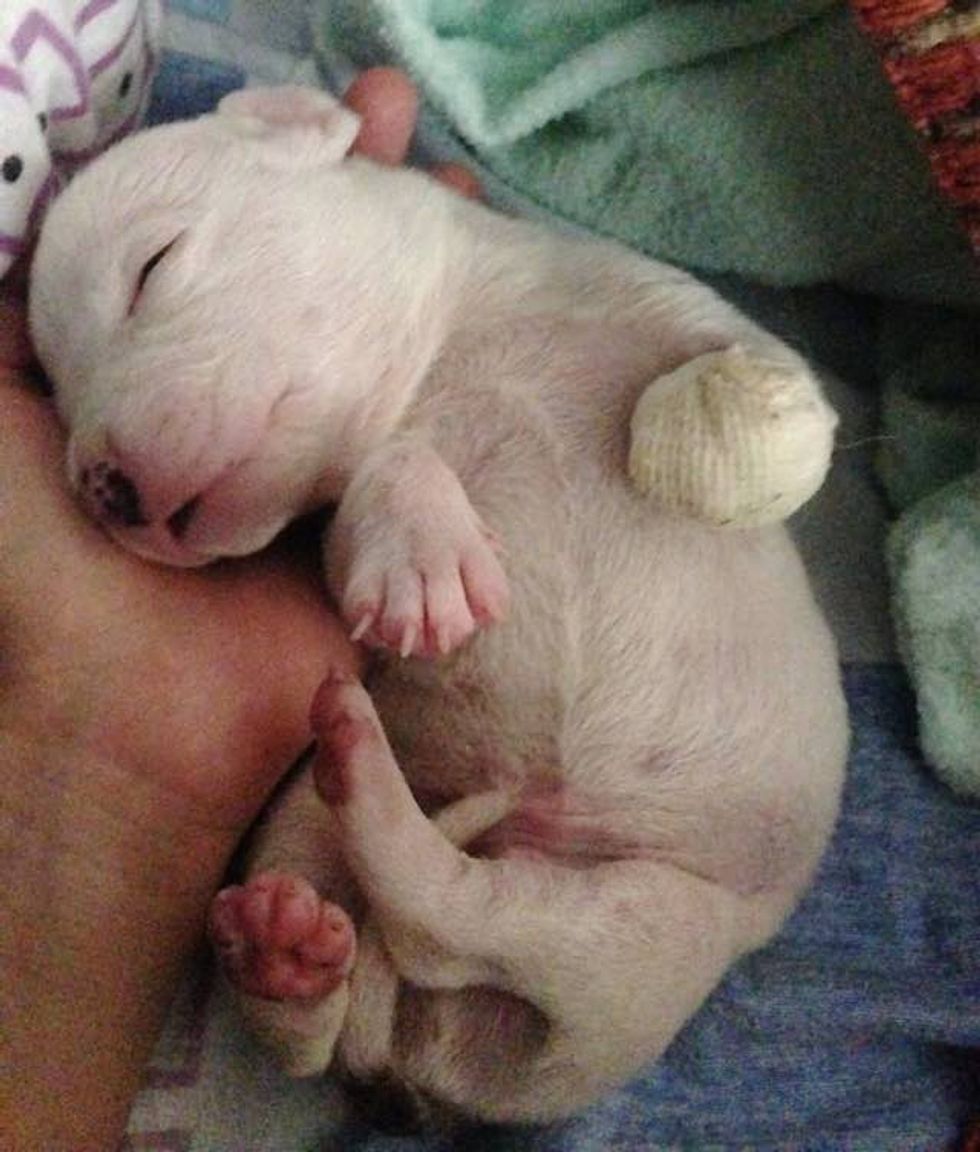 The kitties adopted little Nicolas and gave him lots of baths and cuddles. 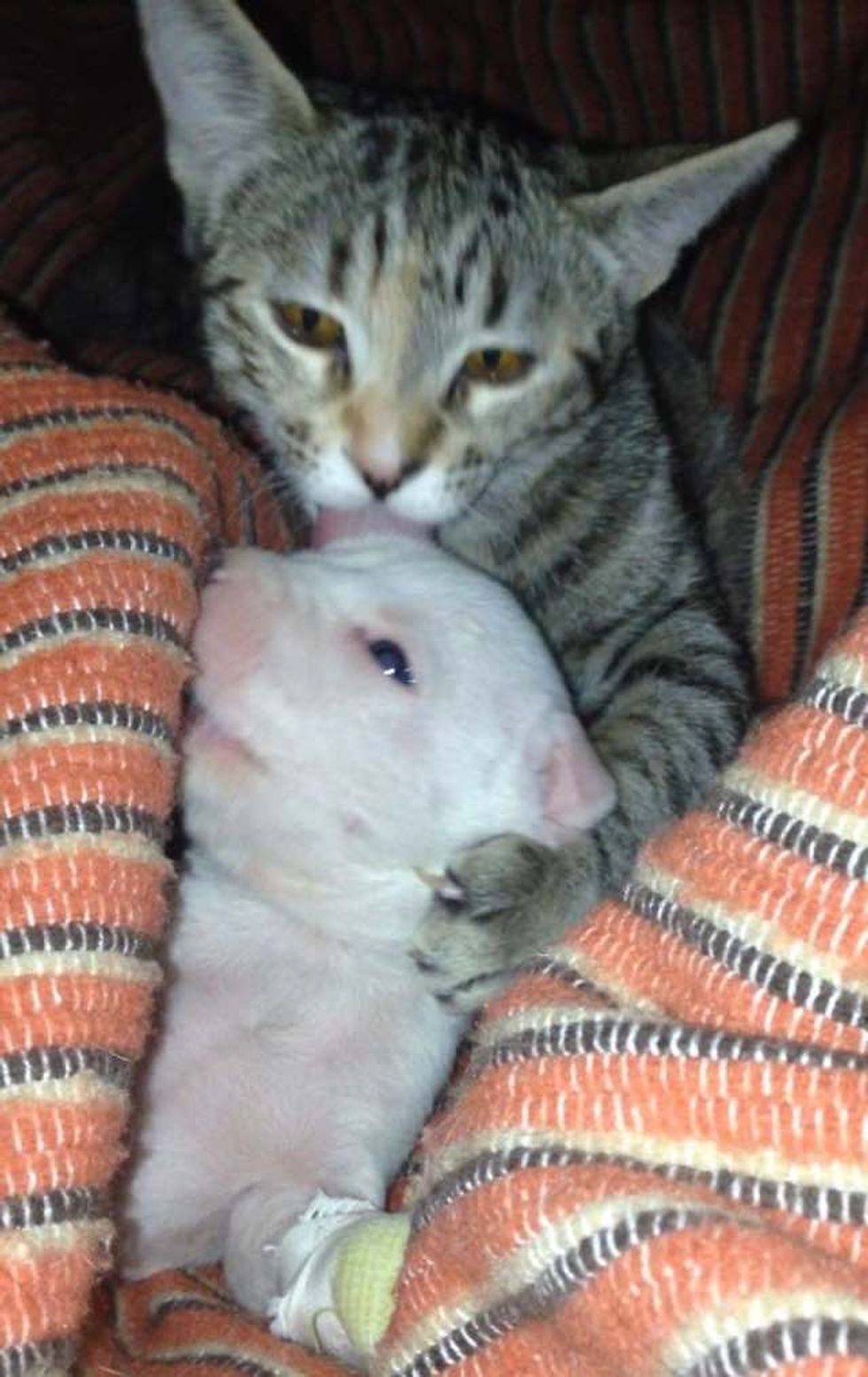 The little guy was fed every 3 hours. 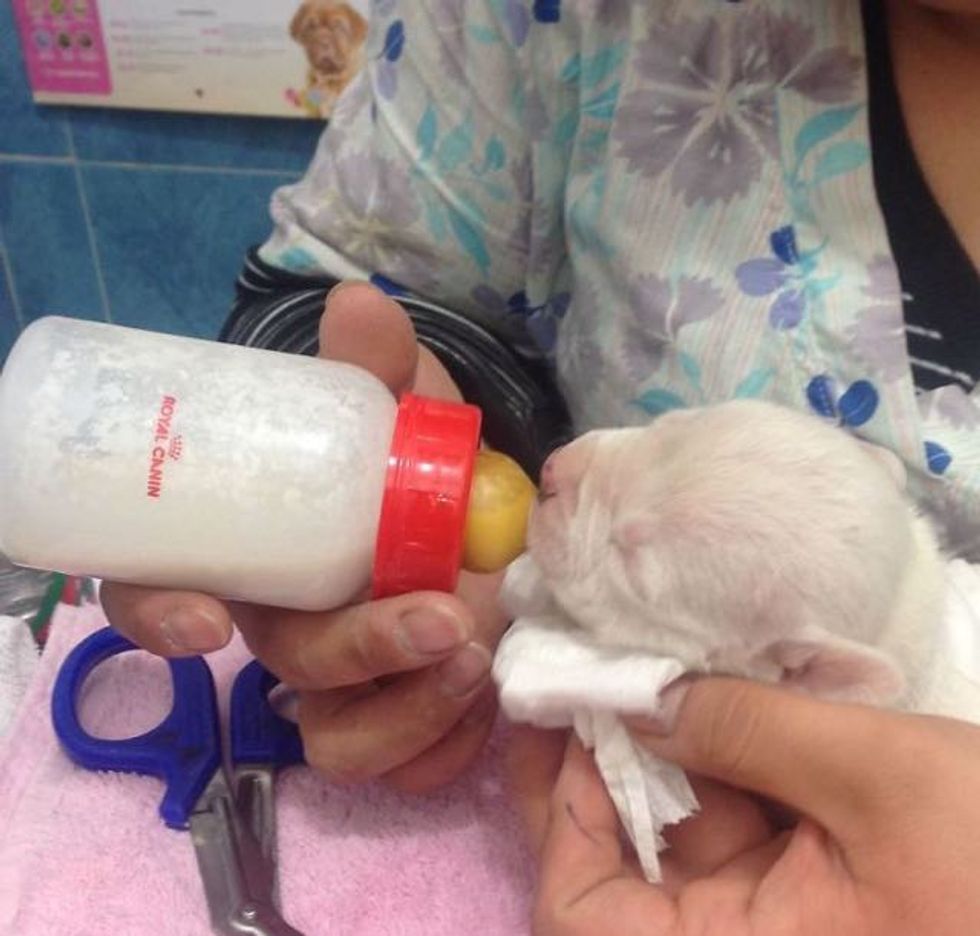 The kitties wouldn't let him out of their sight... 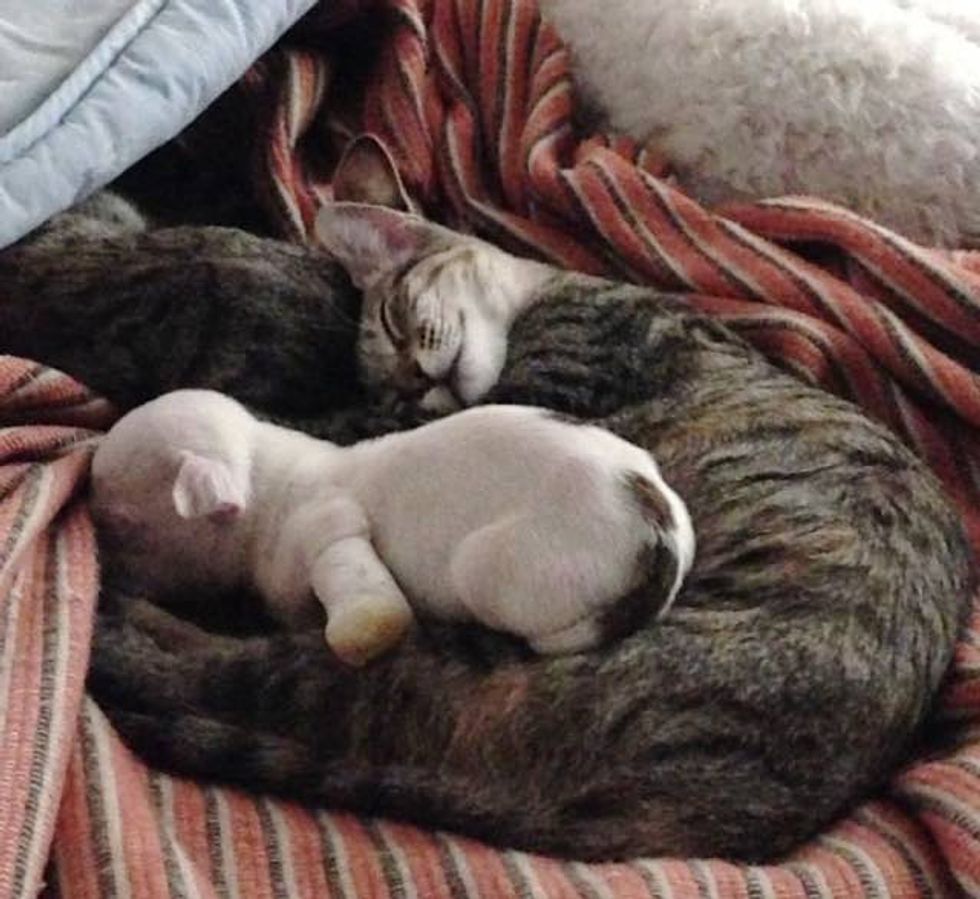 ...and gave him purrs and kisses to help him heal. 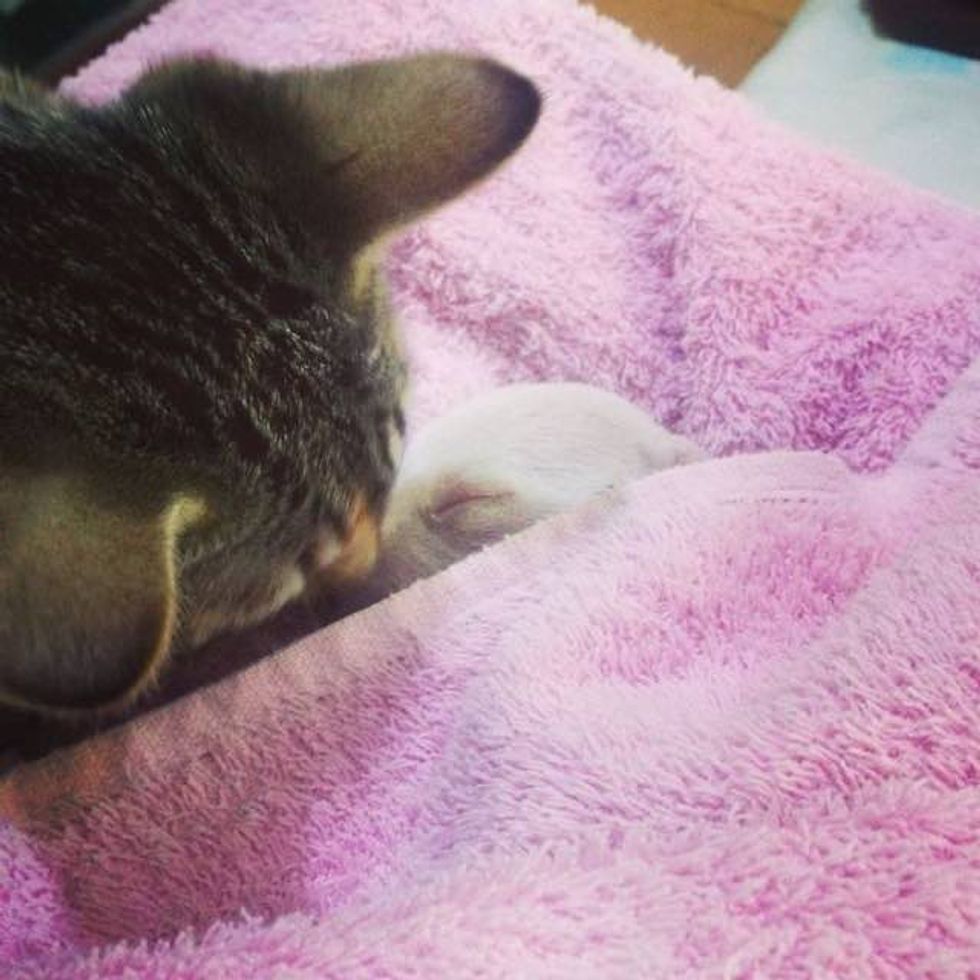 Nicolas has all healed up and is happy and loved! 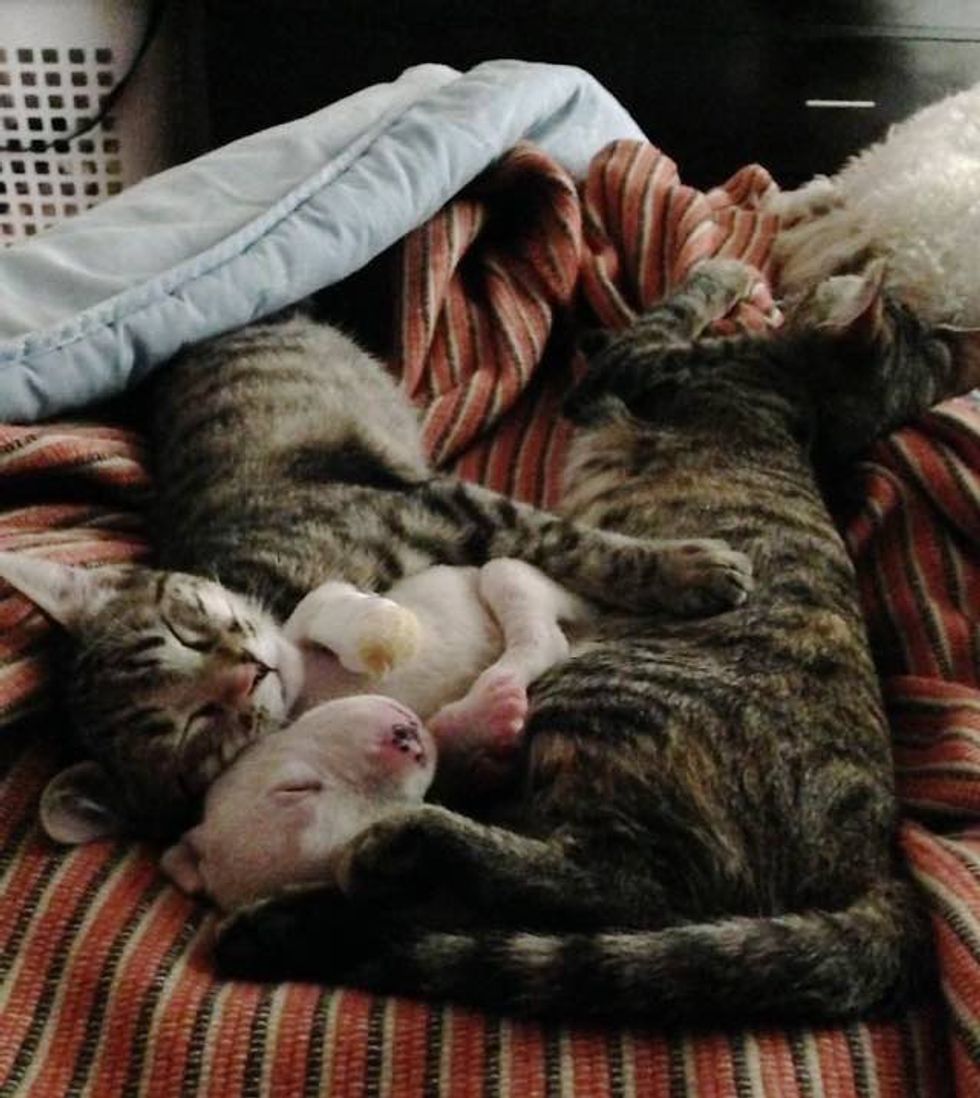 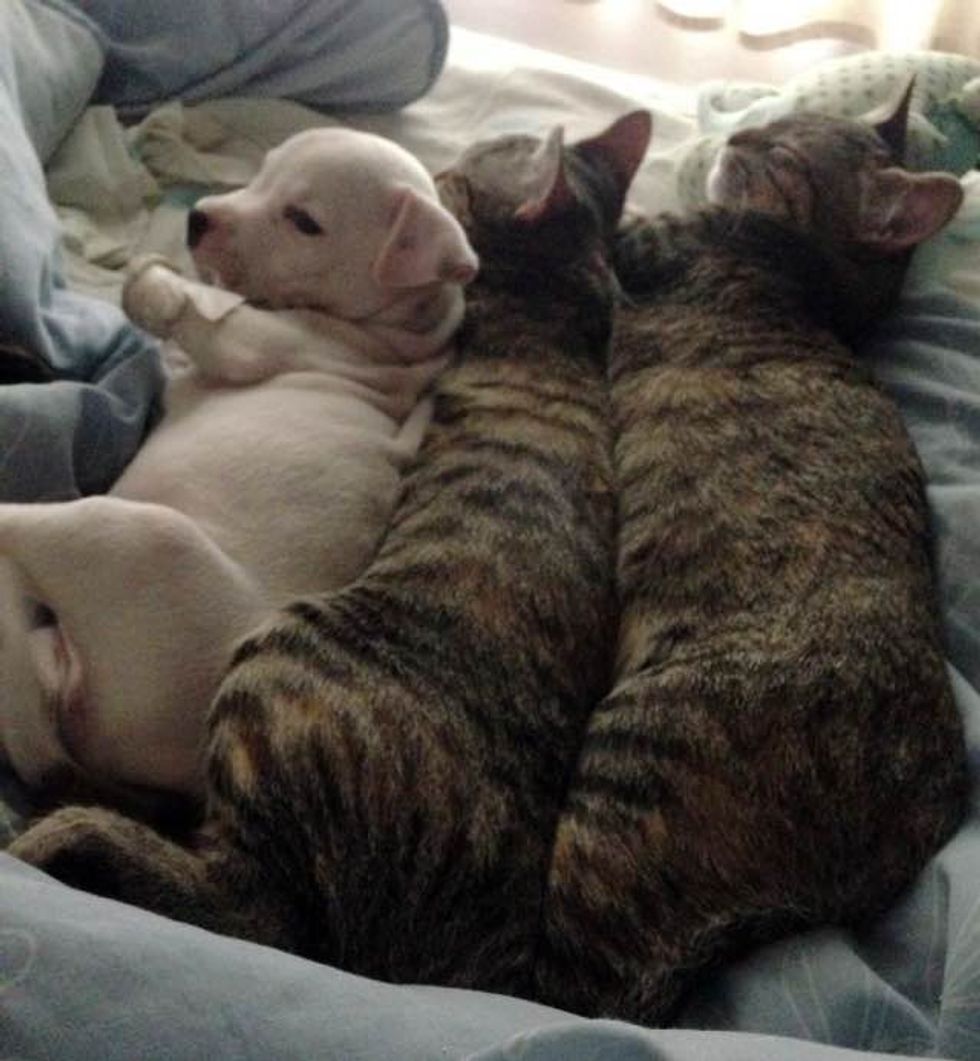 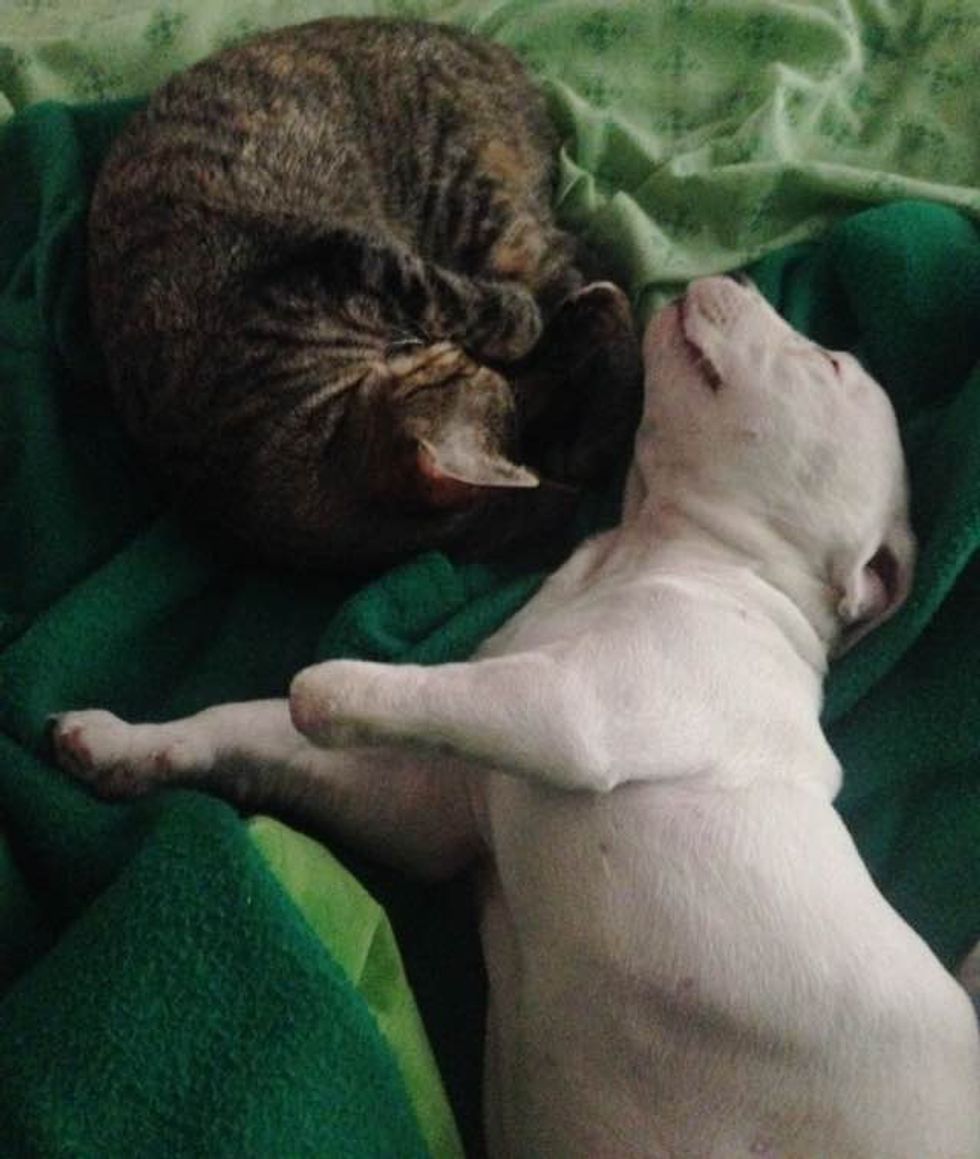 Nicolas all grown up now! 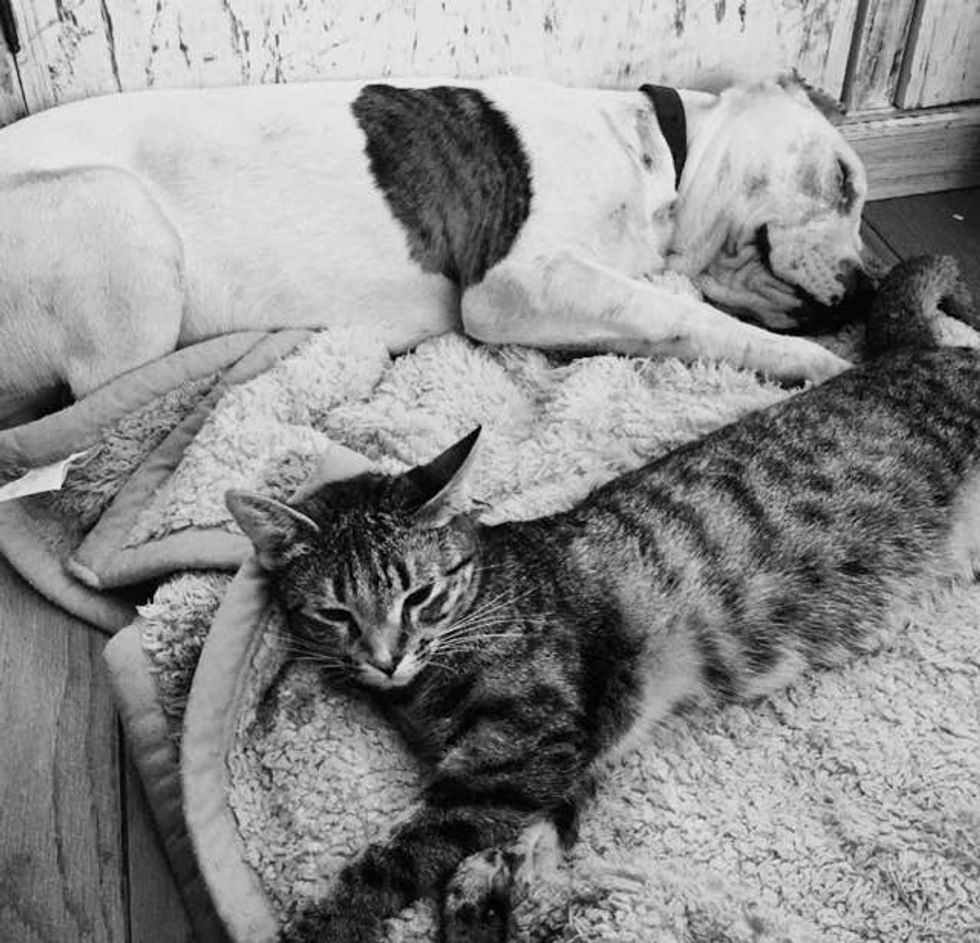 What love can do! Share this beautiful story with your friends! (h/t: Bored Panda)

Related story: Dog Took Cat Out of Shelter and Becomes His Bodyguard for Life