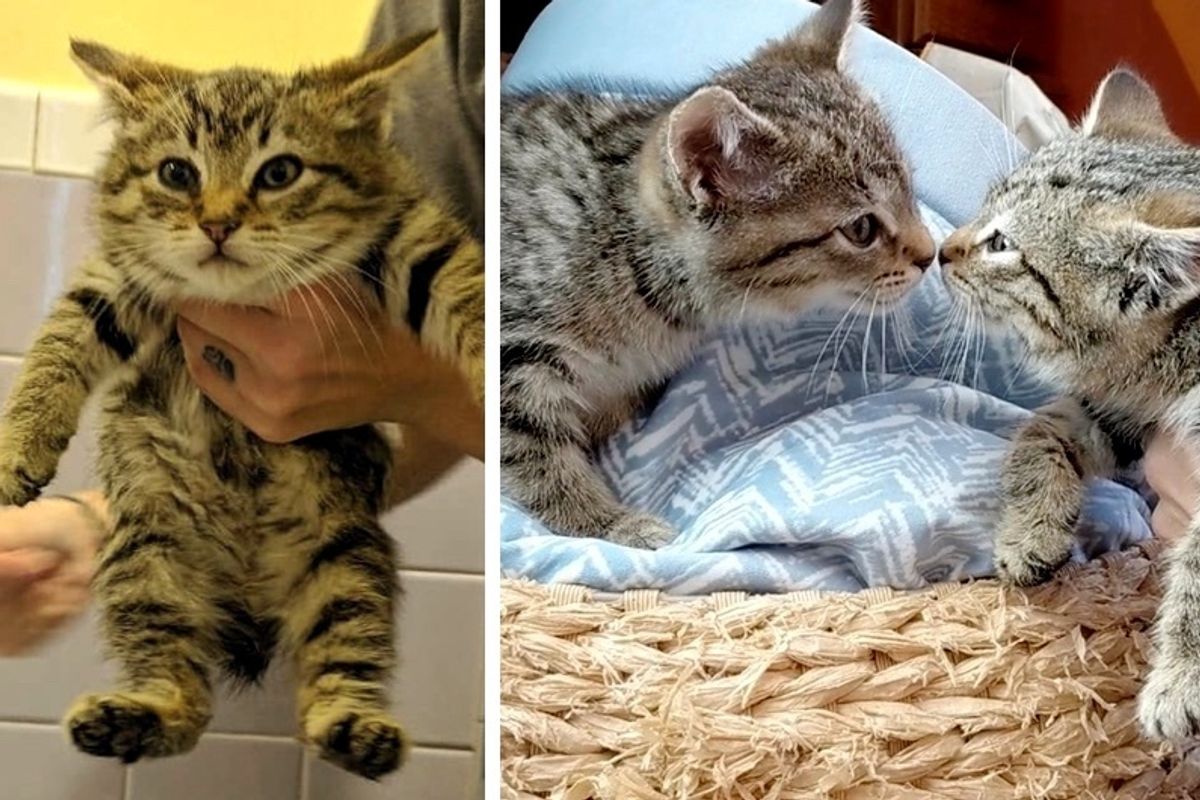 Rescuer Saves Bobtail Kitten and Goes Back to Find Her Brother - Sweetest Reunion!

Two little Bobtail kittens were found in a cat colony where they had been living together since birth. A colony caregiver spotted them and knew that he had to bring them in as the weather was getting relentlessly cold.

He got the feline sister to safety and went back to save her little brother. 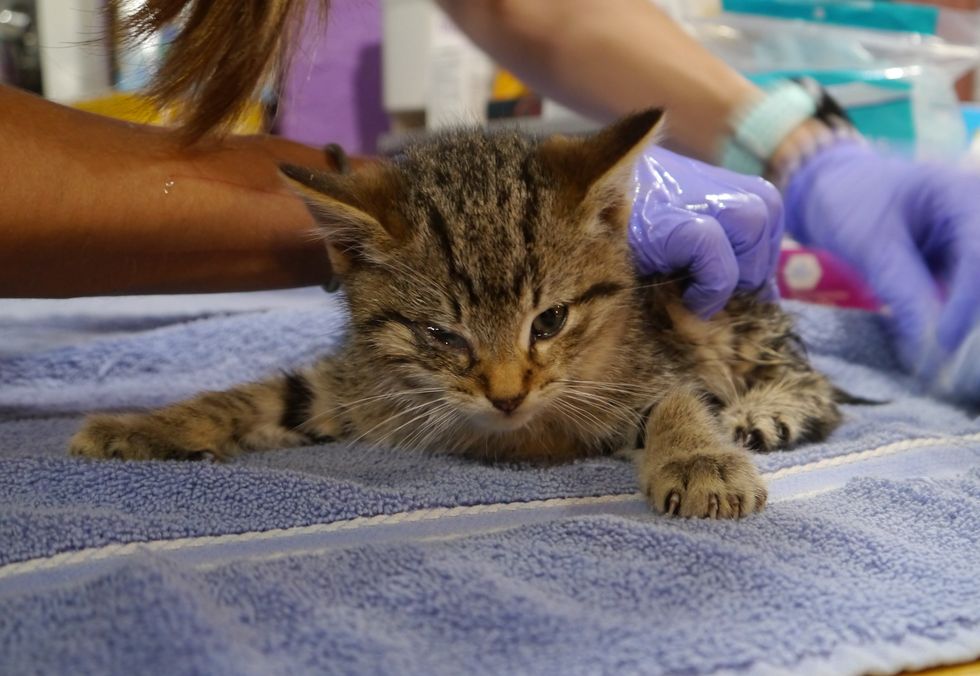 Snowdrop, the healthier of the two kittens, was taken into Alley Cat Rescue in Mount Rainier, Maryland, where they were able to find her a fosterer right away. The caregiver went back for her brother Mistletoe. When he found him, he realized just how sick the kitten was, and one of his eyes was crusted shut.

"He had to be cared for 24/7 by one of our staff members. He came to us very lethargic with an eye infection and parasites. We named him Mistletoe because he is too cute to resist kissing," Brianna Grant of Alley Cat Rescue told Love Meow.

Mistletoe was saved in the nick of time. While they were working on nursing him back to health, his sister quickly acclimated to indoor life. Snowdrop became an outgoing, playful little girl and would meow for attention and hop around the room like a bunny. "She is a drop of sunshine! She is very brave and not scared of new people."

But the little sister was missing her brother, Mistletoe, who was getting round-the-clock care by one of the staff members. 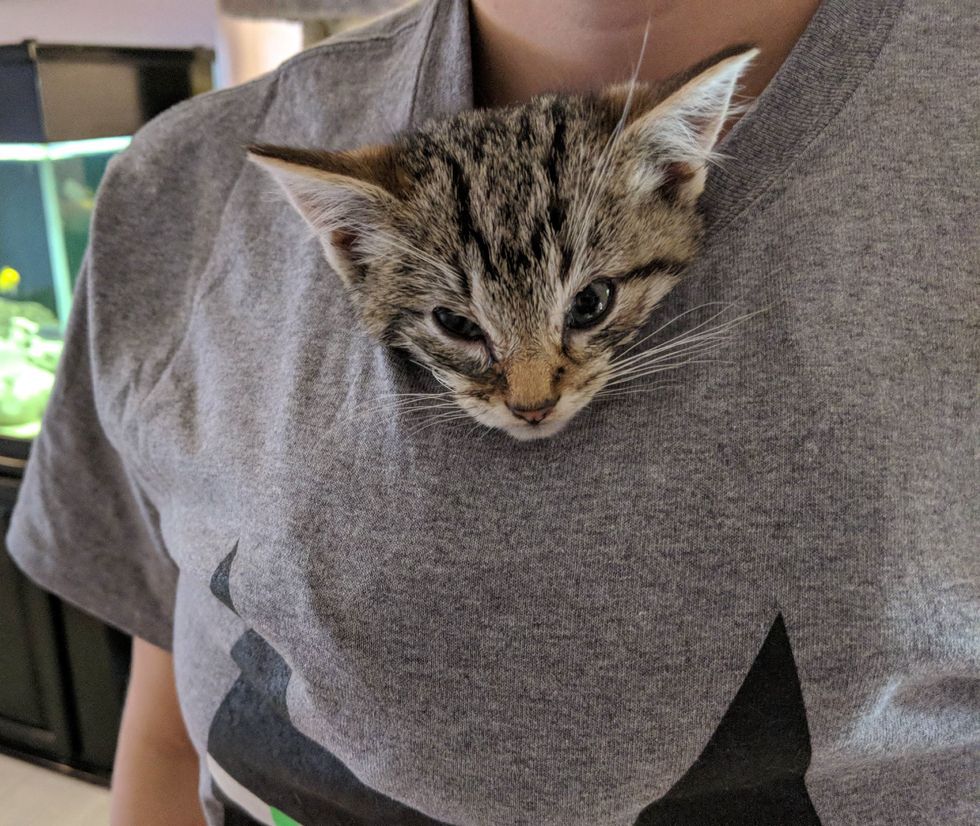 With 24 hour monitoring and lots of love and dedication by his caregiver, the Bobtail kitty's eye completely cleared up in less than a week.

He put on weight and gained a lot of strength. It was then the rescuers knew that he was almost ready to be reunited with his sister. 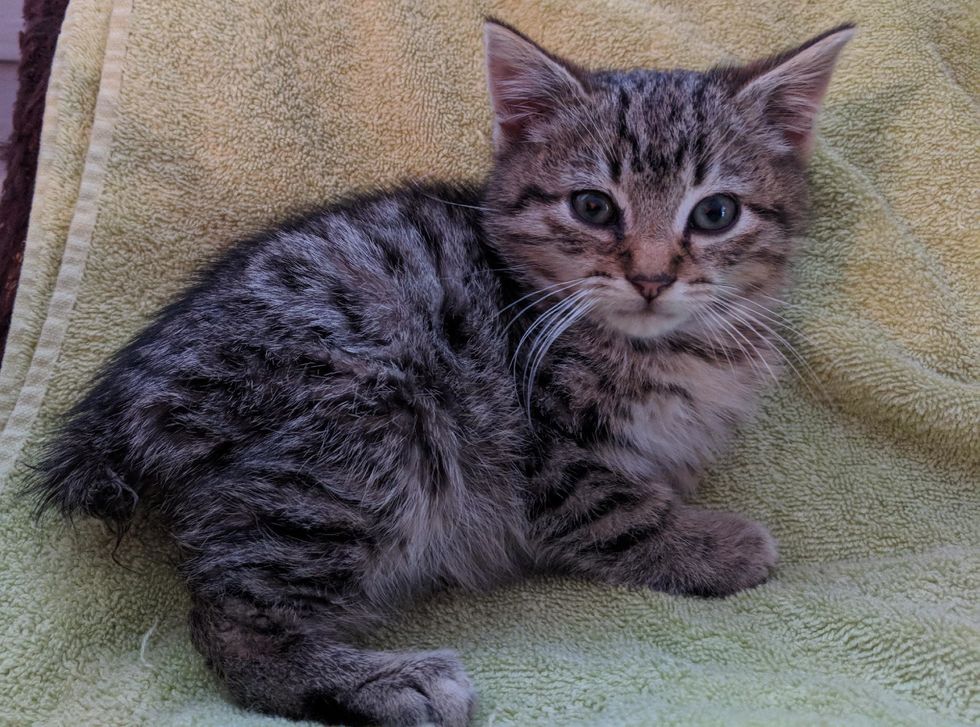 Mistletoe got a much-needed bath.

The sweet kitten needed some help staying tidy. Though he didn't like baths, he didn't complain. What a trooper! 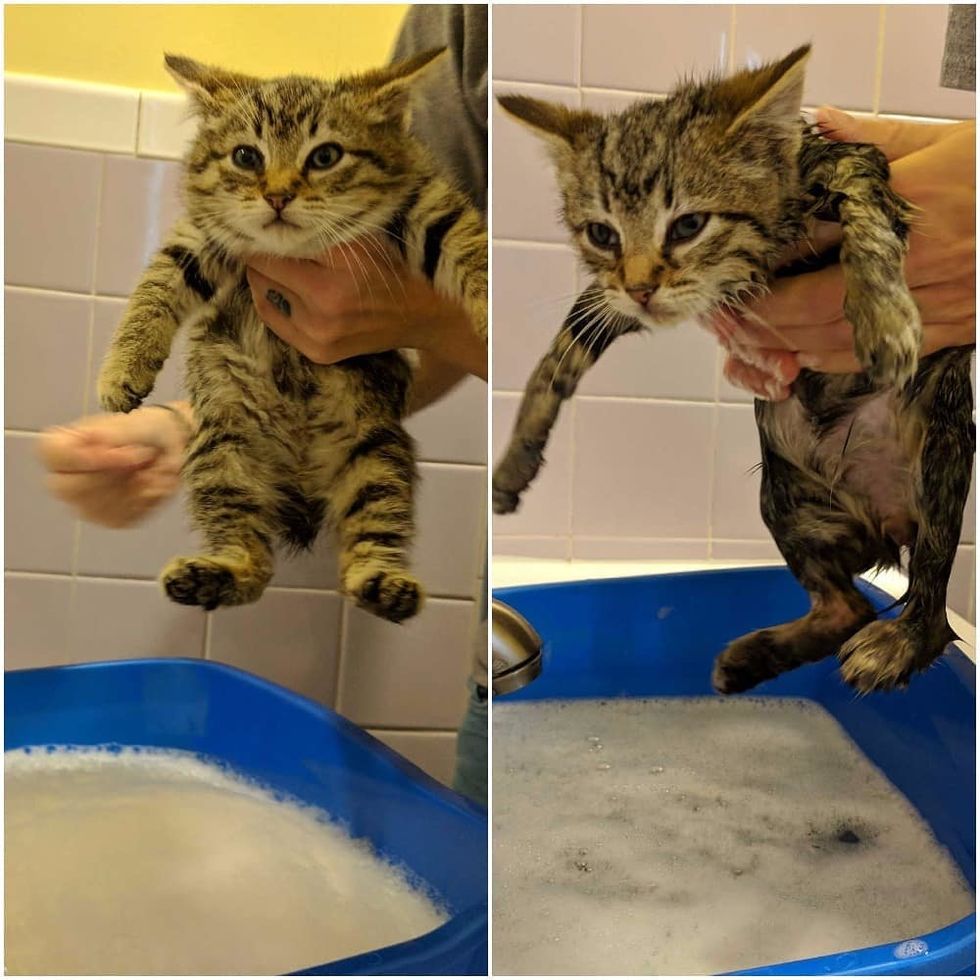 A couple days ago, the two siblings were finally reunited!

Mistletoe was a little shy at first, but after a few sniffs and swats, the two hit it off, playing with each other just like old times. "Within a few hours they were wrestling and running around together," Brianna told Love Meow. 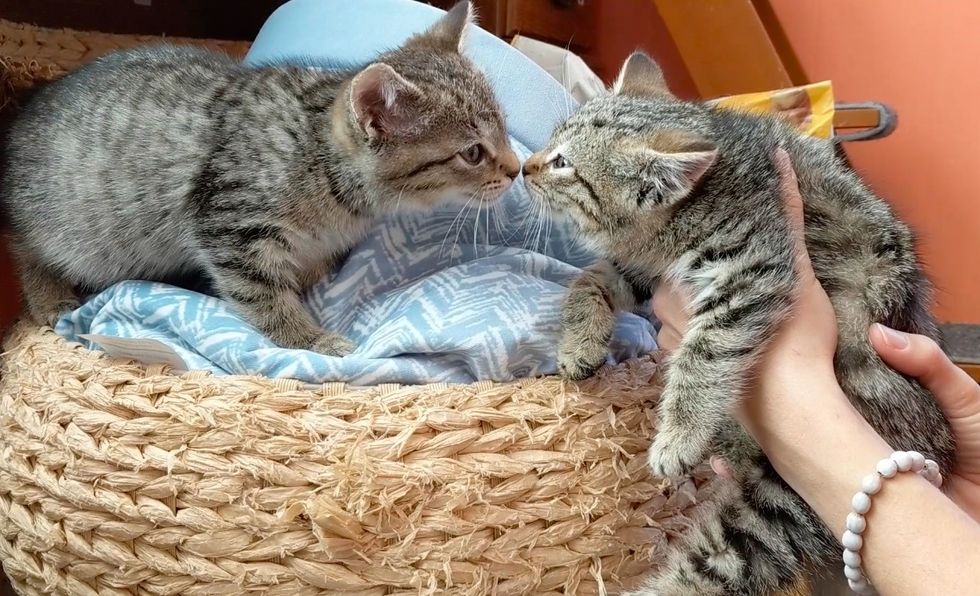 The two kittens are spending their first Christmas together at their foster home. They have been inseparable since their reunion.

They will be available for adoption once they are big enough. 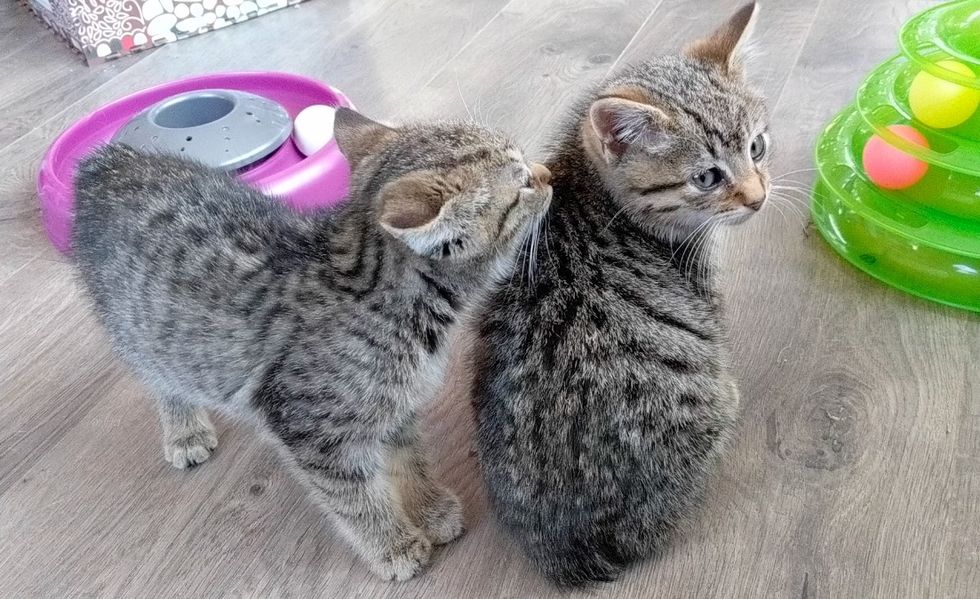 For now, they are so happy to have each other again.

Watch Snowdrop and Mistletoe in this cute video: