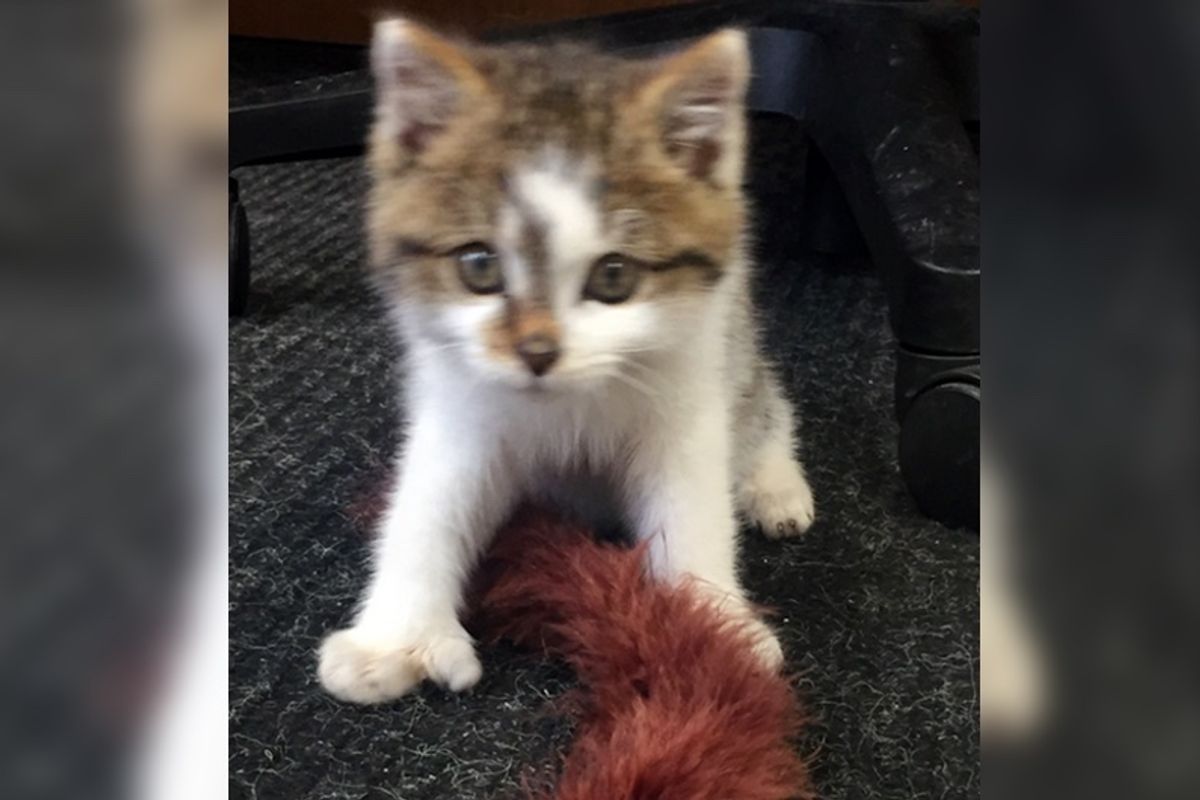 Rescuers Bring Freezing Kitten Back to Life and Discover Just How Special He is...

A tiny kitten used one of his nine lives after he survived the freezing cold. As he warmed up and tried to walk, they discovered just how special he is. 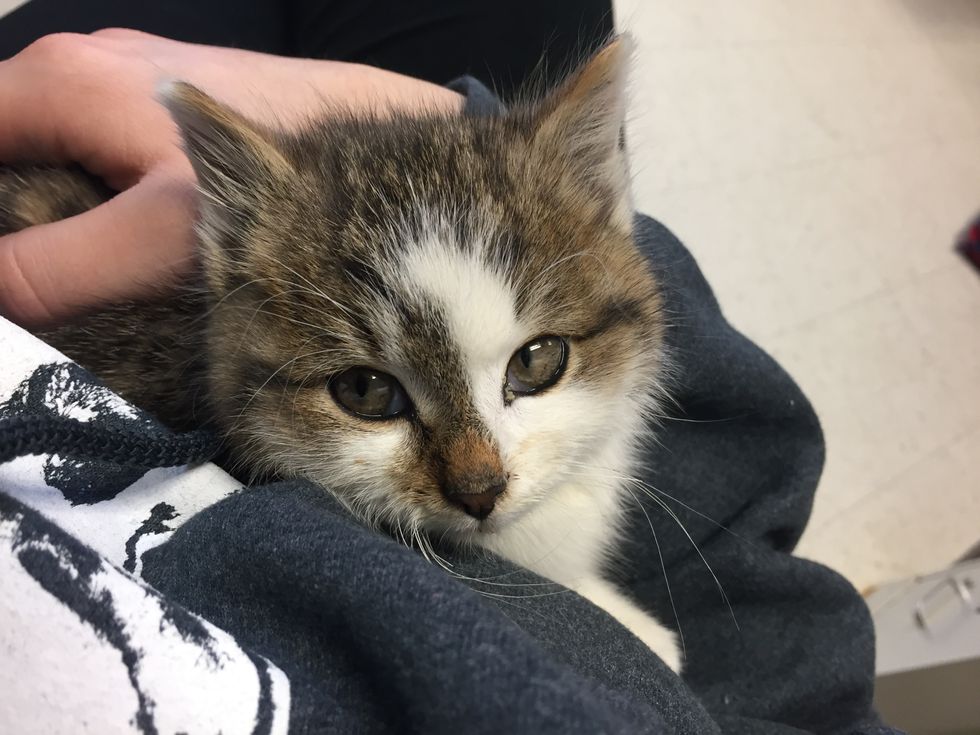 Bob was about 8-9 weeks old when he was fighting for his life in the bitter cold.

It was 20 degrees (-7 C) outside and icy when a good Samaritan found Bob lying on the ground and nearly freezing to death. He scooped up the frail kitten and rushed him to Meriden Animal Control-Saving Paws (MAC) to get help.

"When he came into MAC, he was immediately given major TLC by our amazing Animal Control Officers! Bob was placed in a cozy bed with a heating blanket and warm wet food to help his body recover from being outside in such cold temperatures for who knows how long," Christina of MAC shares with Love Meow.

Within a day after warming up, the officers began to notice something different about Bob's walk. "Whenever Bob would attempt to walk stand up, or eat on his own, he was extremely unsteady and would fall over." 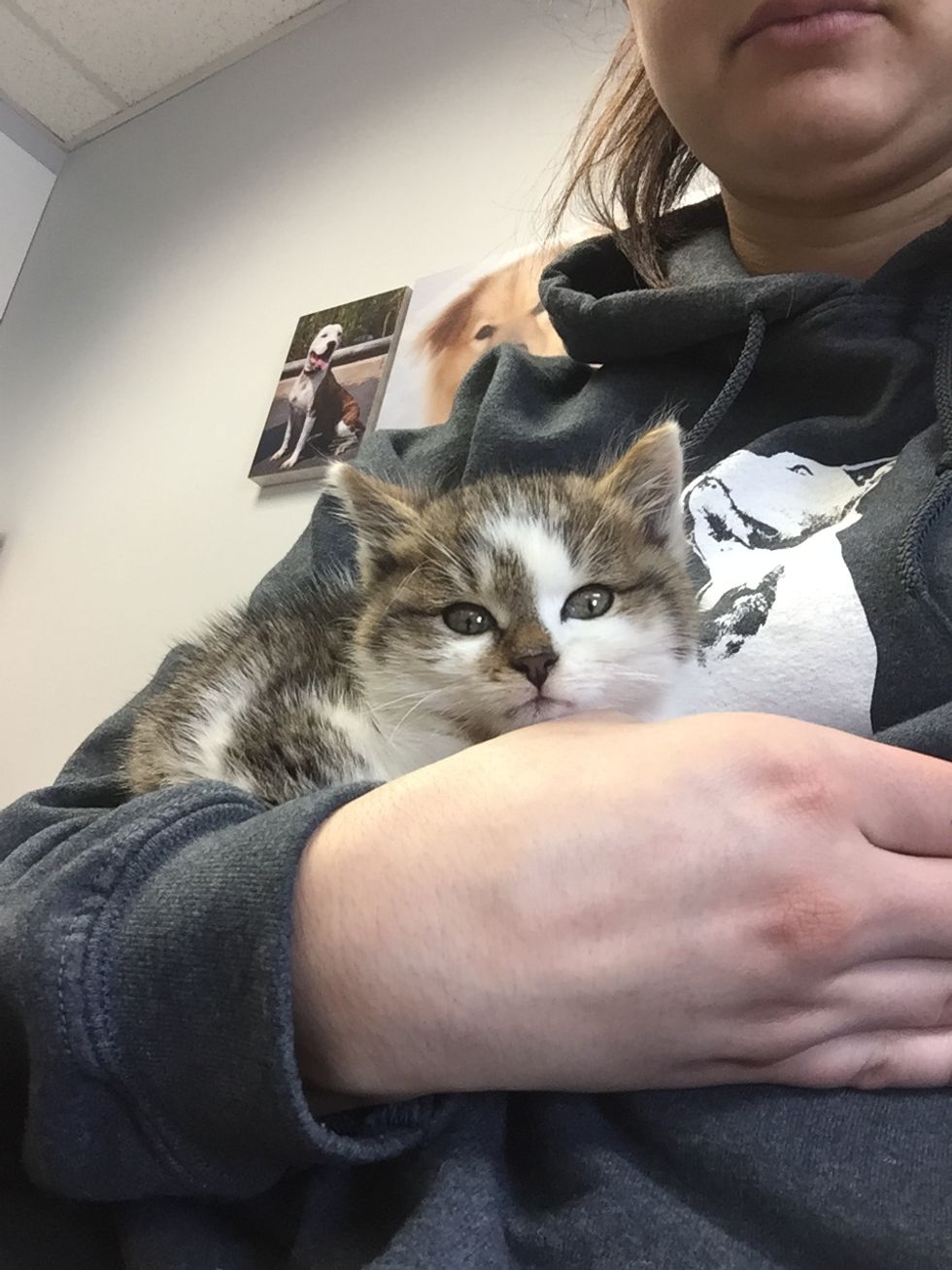 They took the kitten to the vet for evaluation and Dr. Stacia from the Meriden Animal Hospital stated that Bob was born with a neurological condition called Cerebellar Hypoplasia (CH).

"This is a non-progressive condition that affects a cat's fine motor skills and coordination. It is very likely that Bob developed this condition due to his mother having distemper. Other than his neurological condition, Dr. Stacia deemed Bob to be otherwise a healthy kitten." 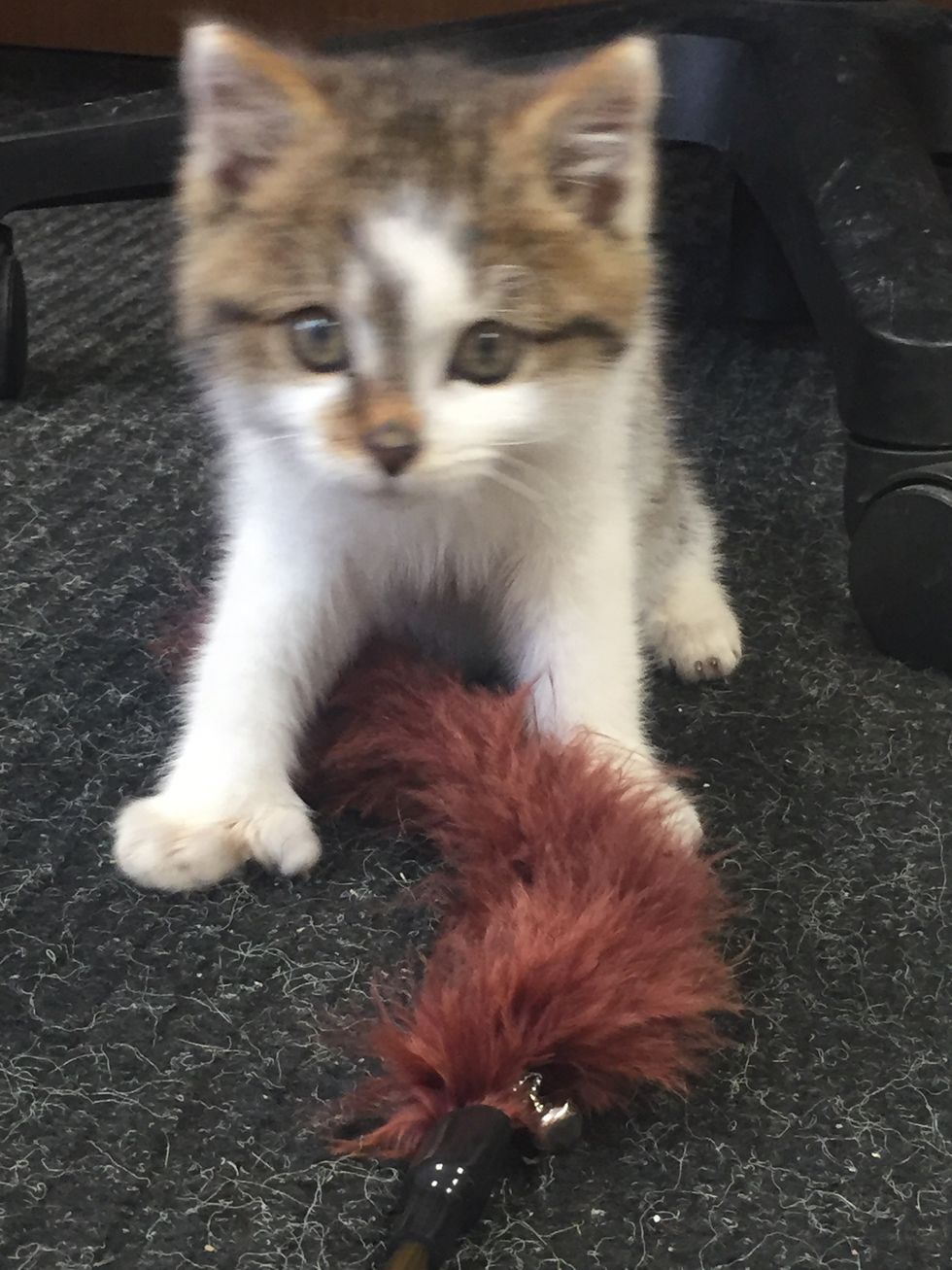 In just a few weeks, Bob gained a full pound and had so much more energy.

"He seems to be much much stronger! Forget sleeping, he just wants to constantly play like a regular kitten!"

Since he came to the rescue in early January Bob has made incredible progress. 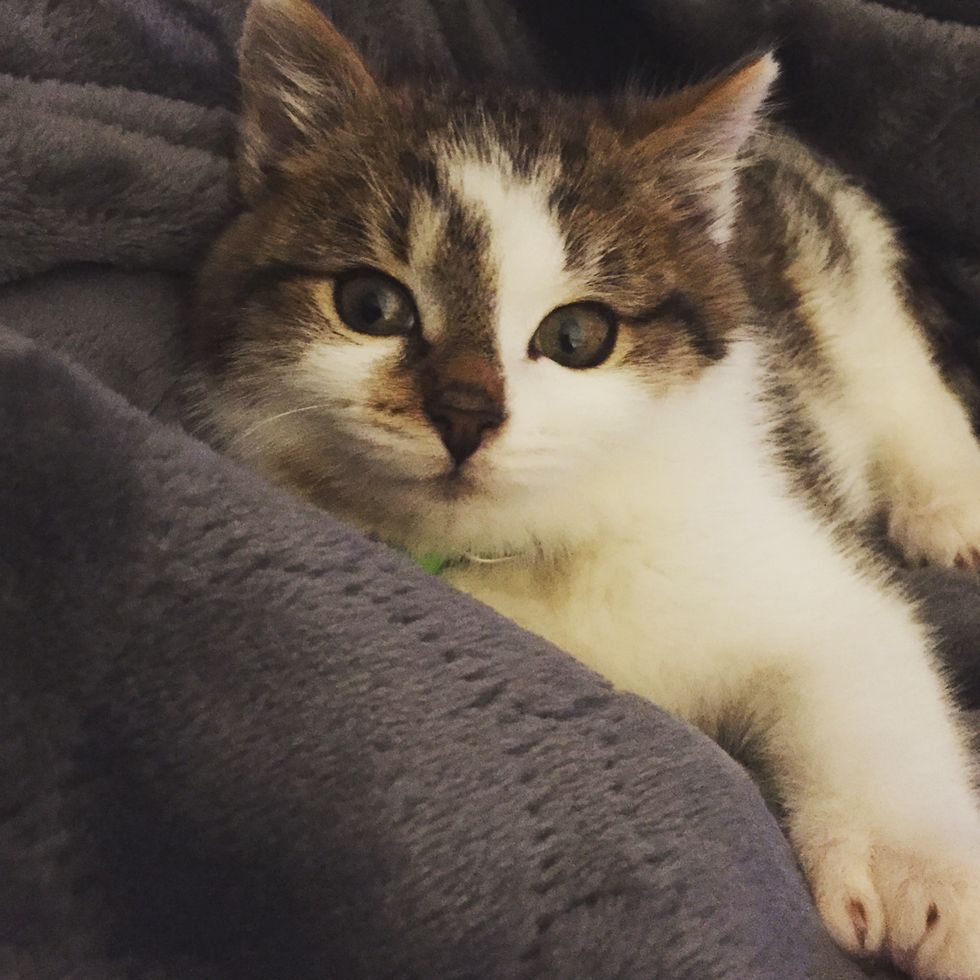 "Bob has simply amazed all of us at MAC! He has become our little success story and we could not be more proud of him!

"We were all determined to do whatever it took to make sure he thrived and man did he thrive!" 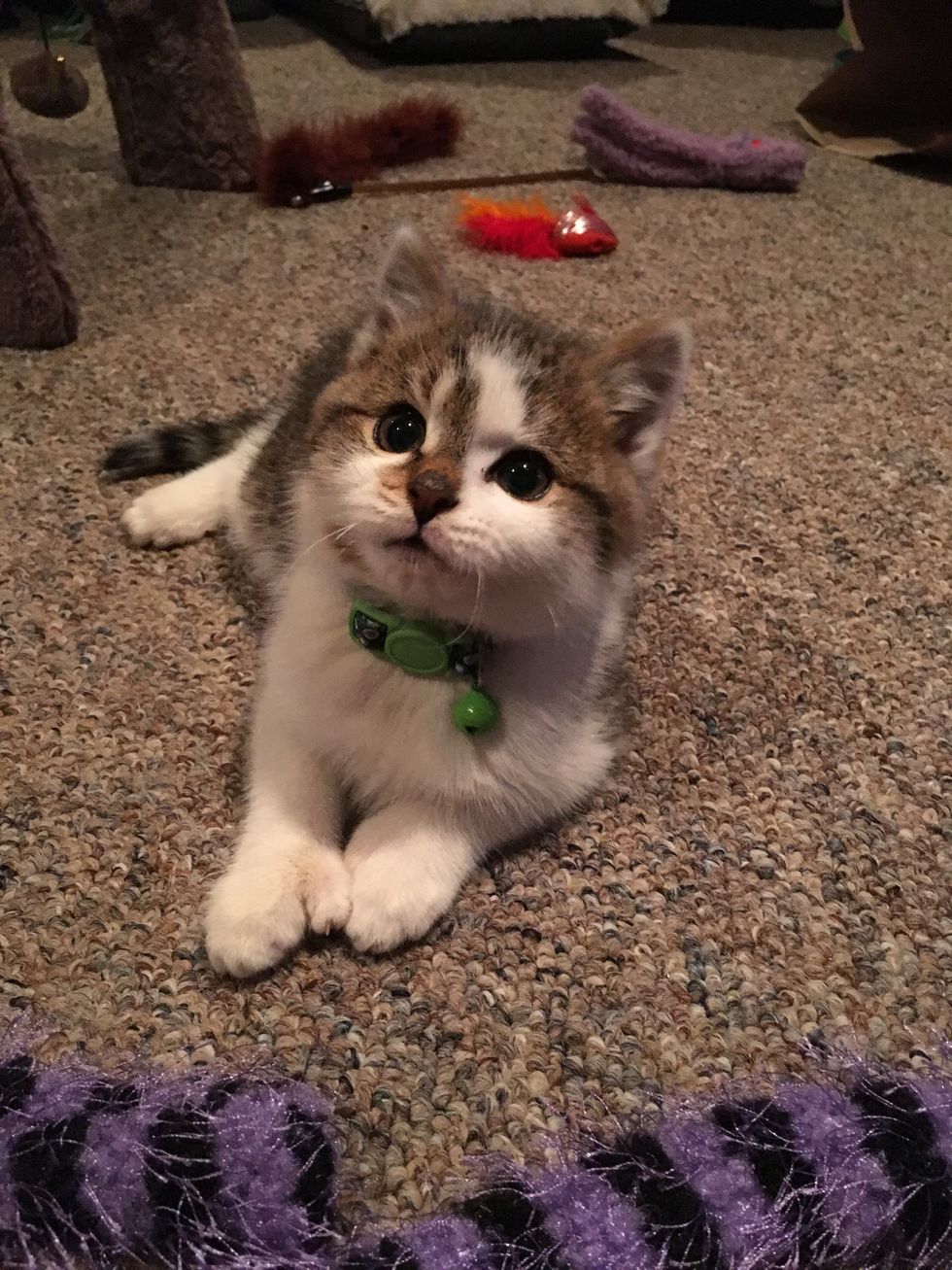 Just a little over a month ago, Bob found his forever human--a kennel attendant who has a lot of experience with animals with special needs.

She fell in love with little Bob on the day they met and knew right away that he was the one. 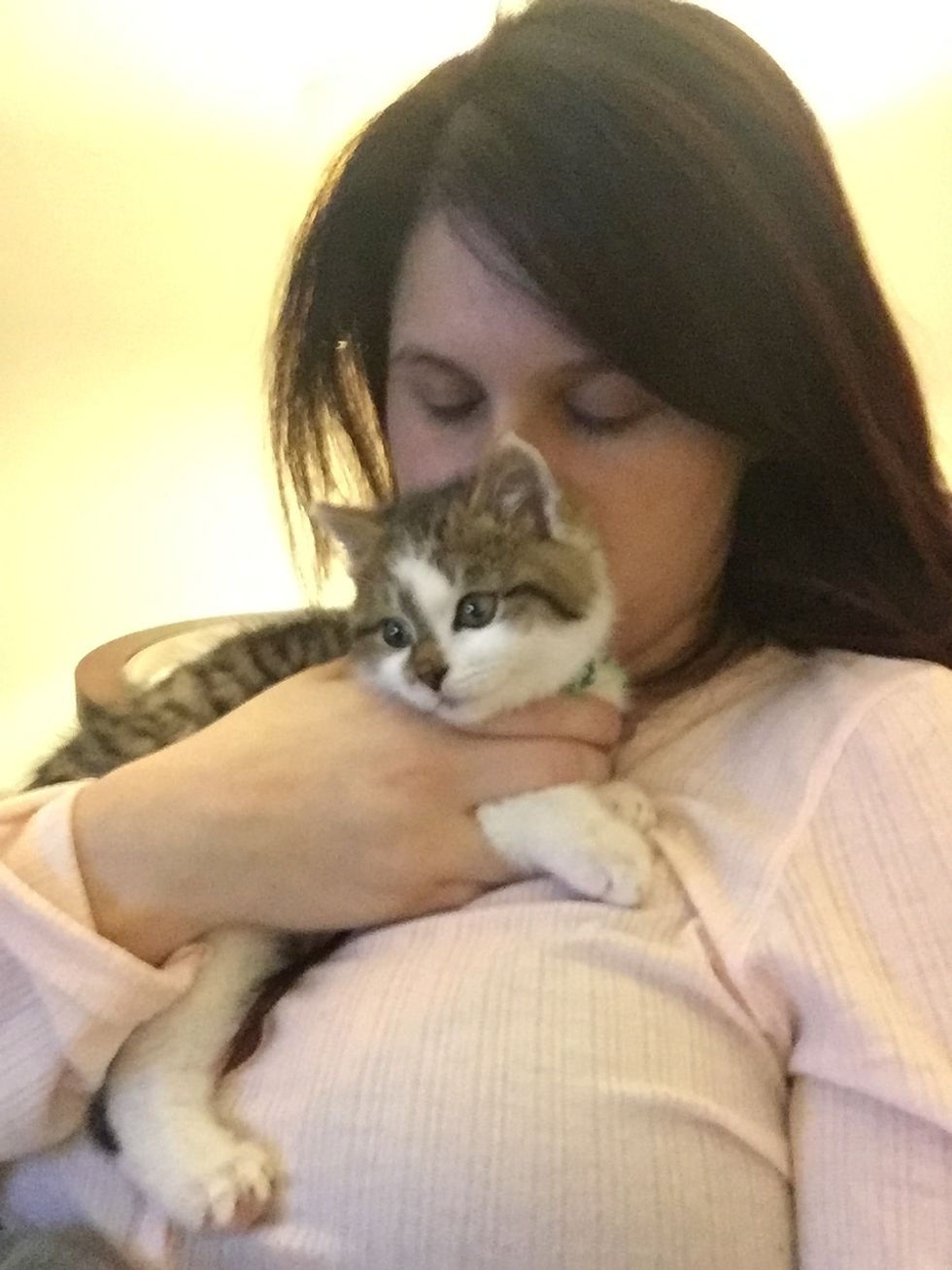 "Bob is absolutely thriving! He has gained weight and has definitely learned how to move around more easily and is just an overall playful loving kitten," Christina told Love Meow.

It's hard to believe that just two months ago little Bob was fighting to stay alive.

Now this adorable kitten with opposable thumbs couldn't be happier, wobbling and running (in his own way) joyously at his forever loving home. 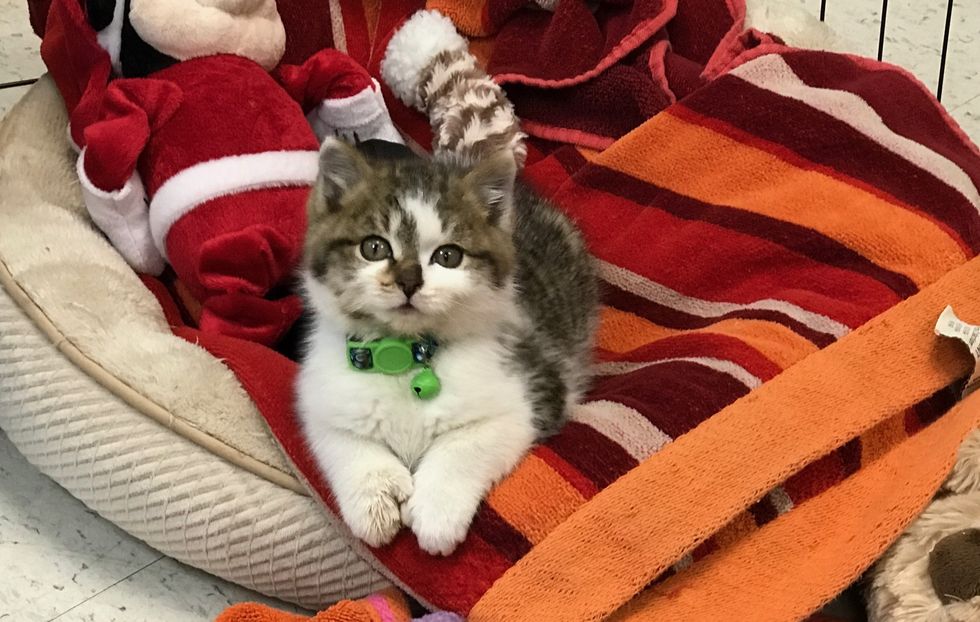 Related story: Man Finds Freezing Cat Under Train Engine and Brings Him Back from the Brink