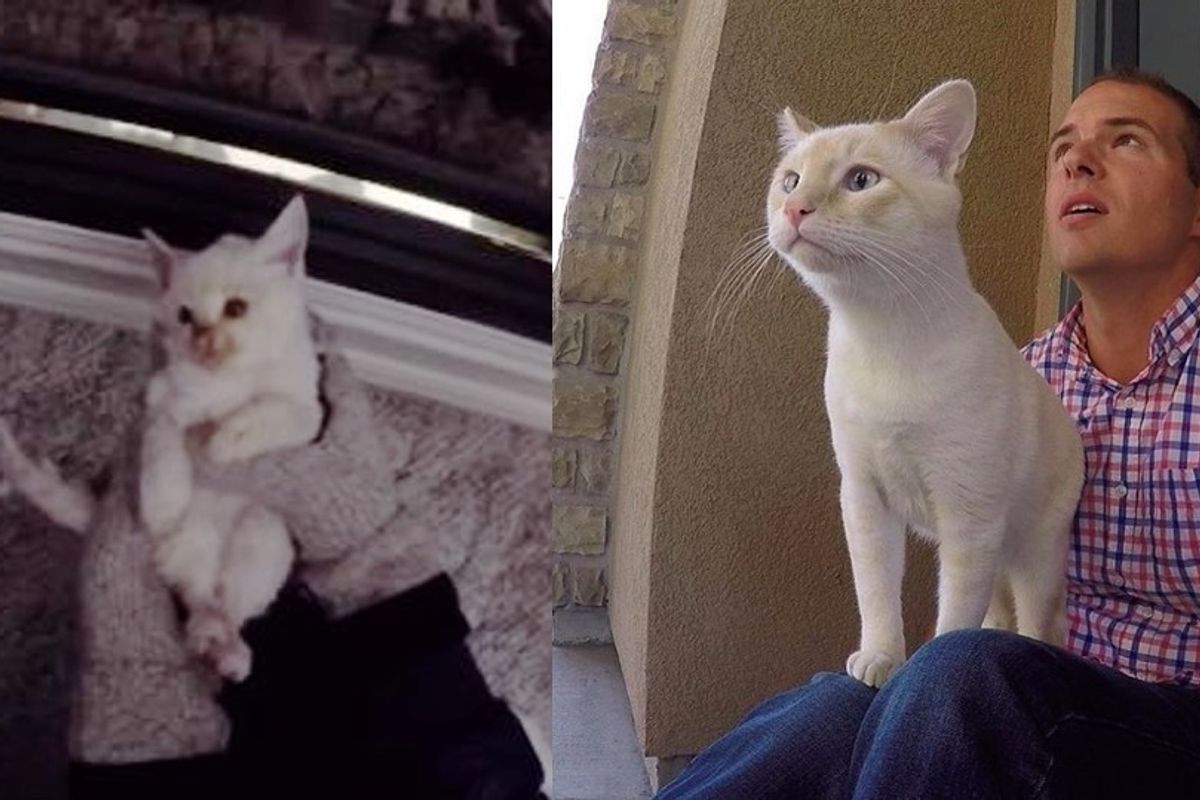 They found this tiny kitten frozen in their yard and brought him back to life, now the kitty wouldn't leave his human dad's side. 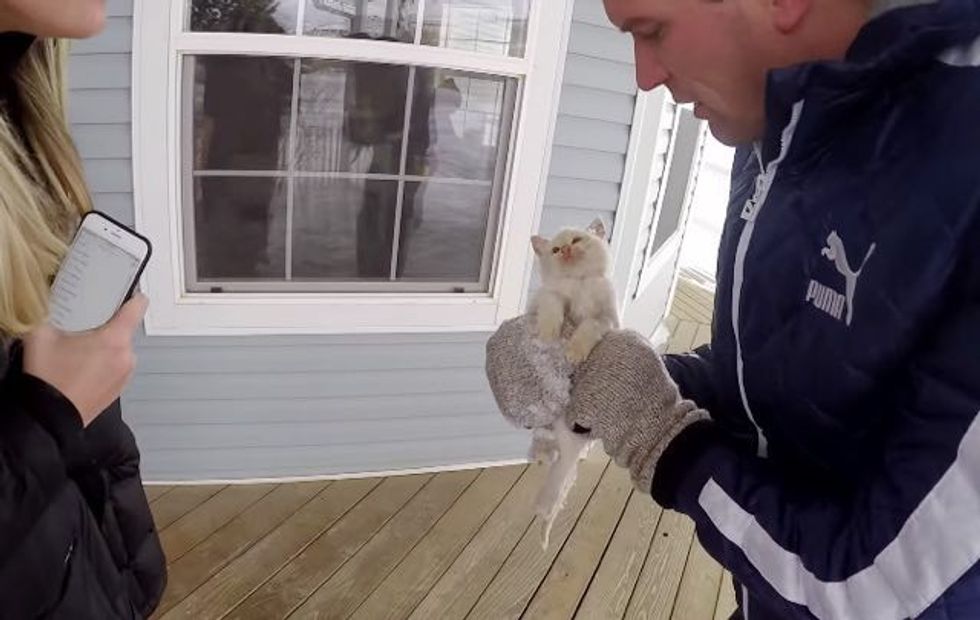 It was Thanksgiving morning when a family found a tiny kitten frozen in their yard. The little feline appeared to be lifeless, so the family quickly brought him into their house and did everything they could to bring him back to life.

"Miraculously, after hours of warmth and care and a little kitty CPR, the little guy came back to life!" Branden Bingham told Love Meow.

After the ordeal, the kitten was a bit unsure about his surroundings, but when Branden took him into his arms, it turned him around. 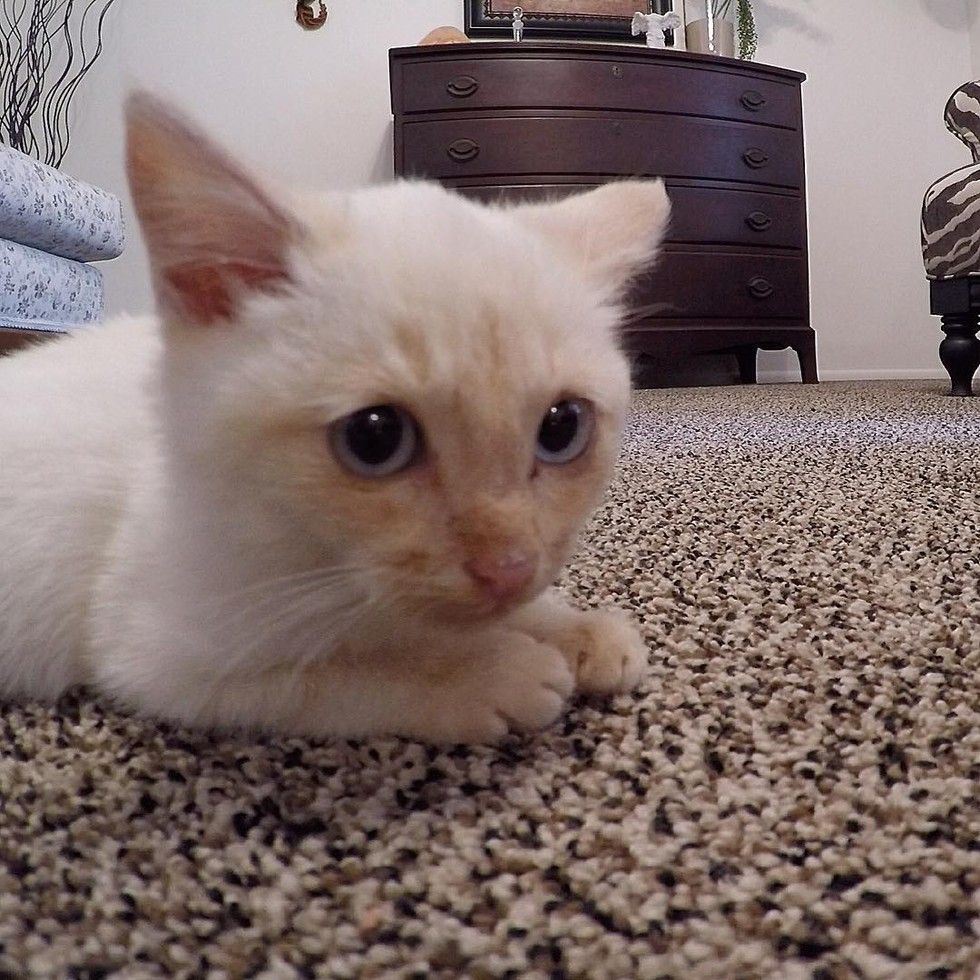 The miracle kitty has made an incredible recovery with help from everyone in the family.

Ever since he moved into his forever home, Lazarus hasn't stopped cuddling with his human dad. He clings to him like a little fur baby, constantly wanting cuddles and love. 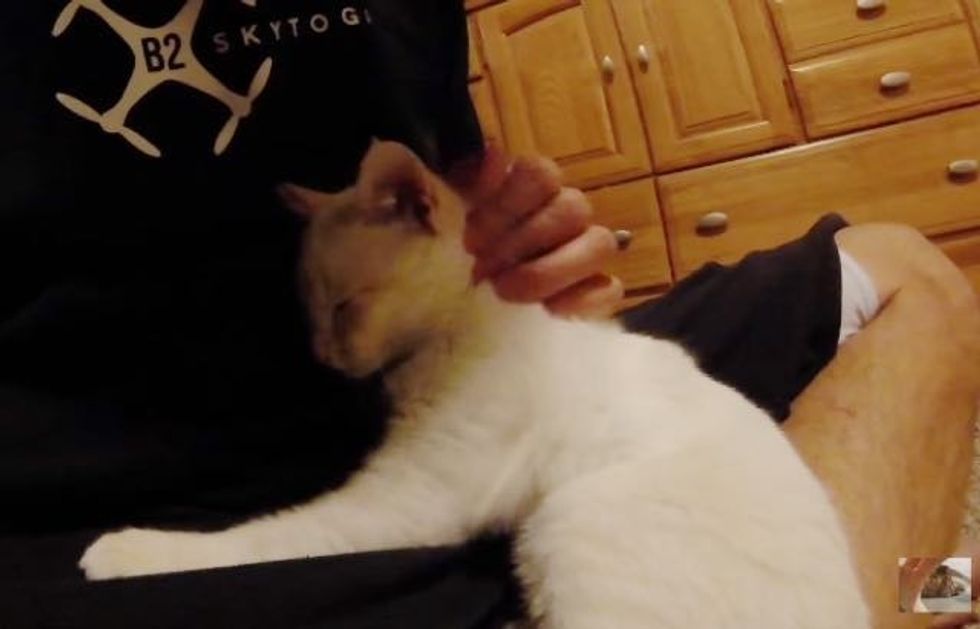 After Lazarus was rescued, he was very skittish and would hiss out of fear, but when he found Branden, the feral side in him just melted away. Every night, he nuzzles into Branden's arms for hours of snuggles. 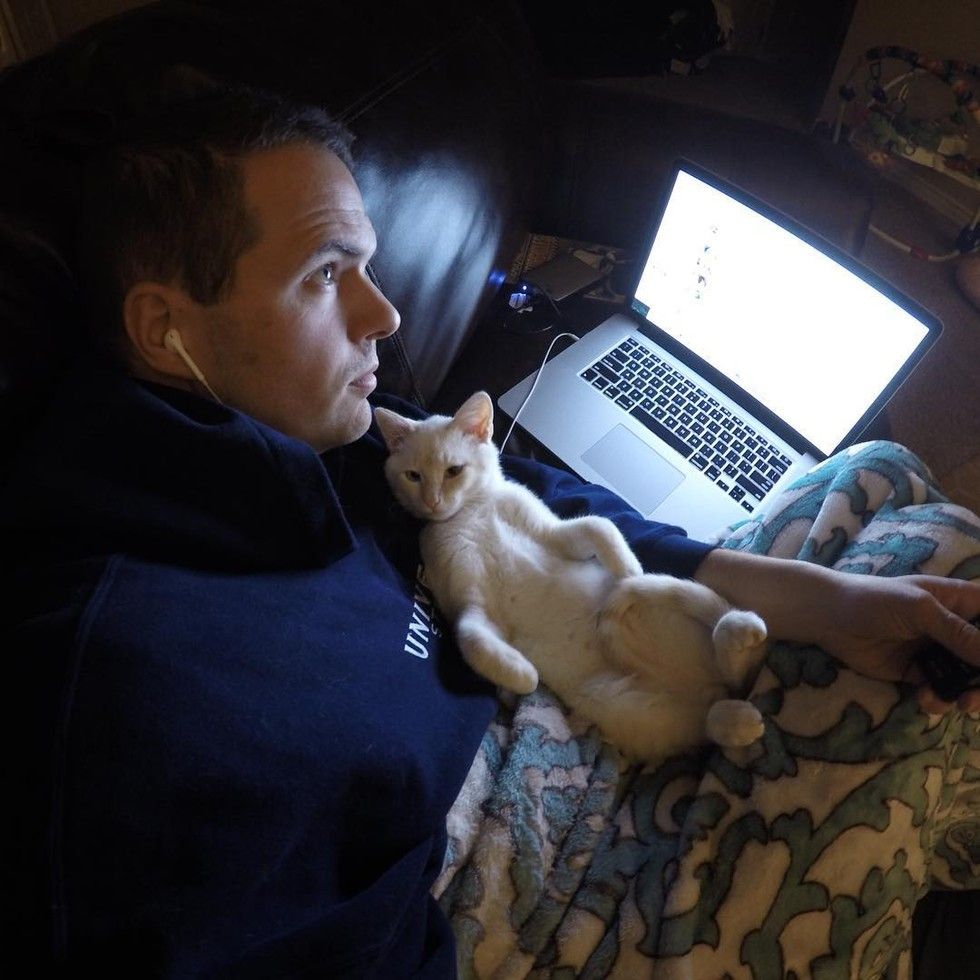 "He walks between my feet everywhere I go, and I mean everywhere," Branden Bingham told Love Meow.

"He lives on my lap, shoulders, head, wrapped around my calf, and pretty much anywhere he can get my attention," 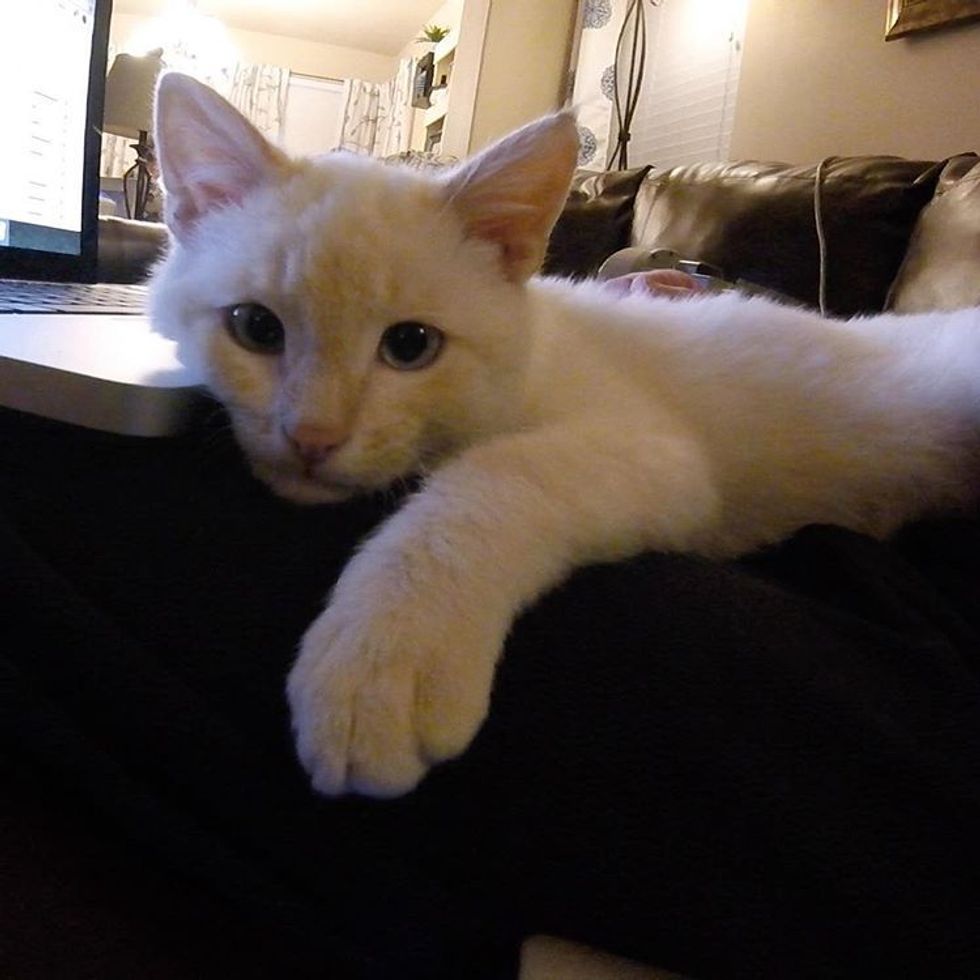 Branden went to the hospital for a fractured leg. When he wasn't around at home, Lazarus looked for him and kept meowing and waiting in places he would normally be.

Once he returned home, Lazarus stayed by him the whole time. 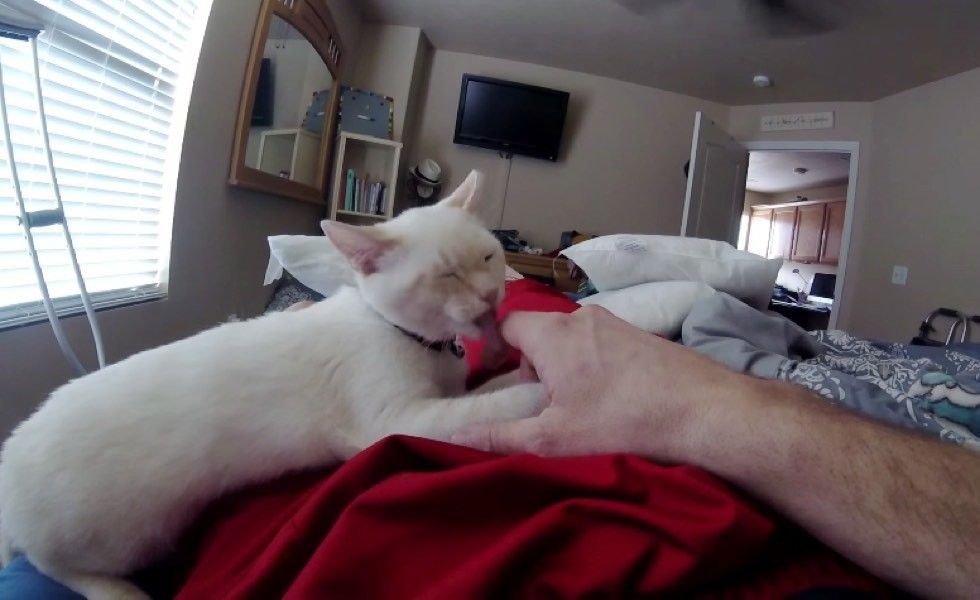 "He has been the best recovery companion anyone could ask for. He's more mellow and just feels aware of what's going on," Branden Bingham told Love Meow. "It's like it's less about him and more about me." 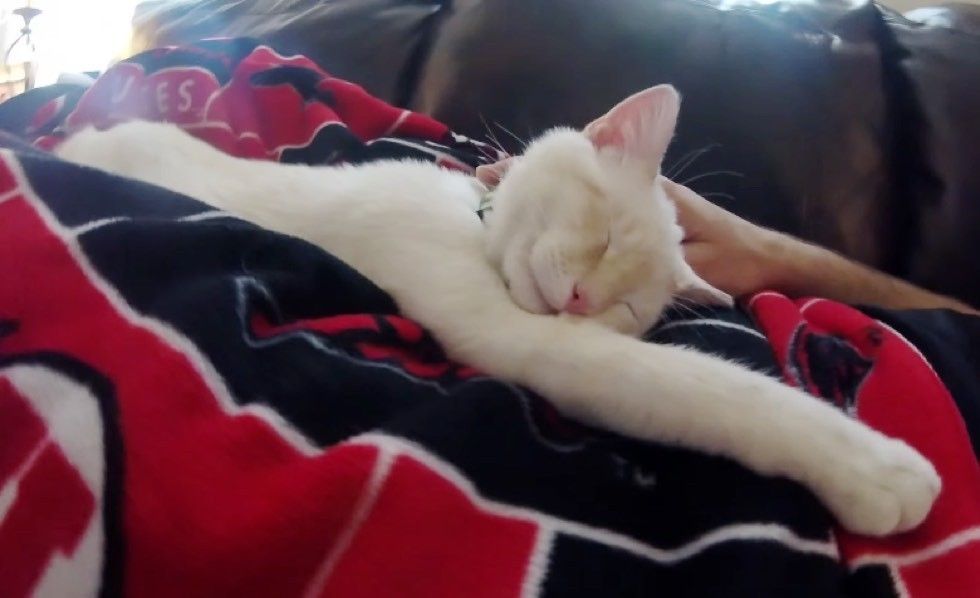 It doesn't matter what Branden is doing in the house, Lazarus wants to be part of it.

"Give me attention meow!" 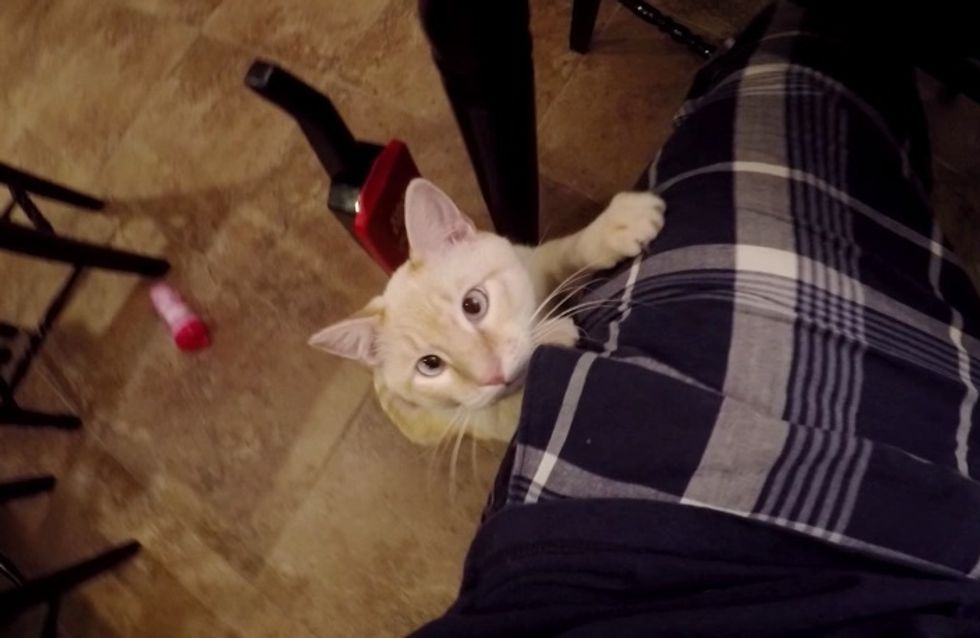 Lazarus feels like the king of the world when he has his best friend with him.

Bird watching with his human dad. 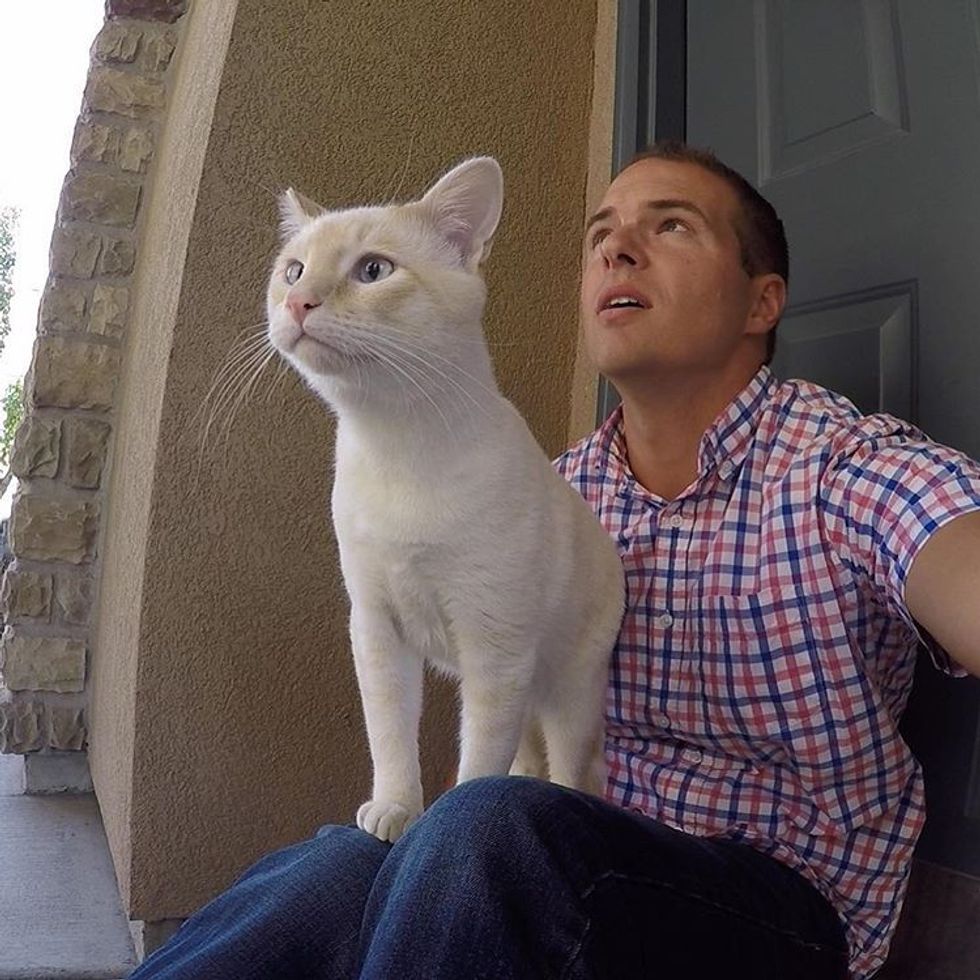 It's been about 8 months since they found little Lazarus. He's all grown up now, but he's still daddy's boy.

When Branden takes a nap, Laz joins in for a cuddle. 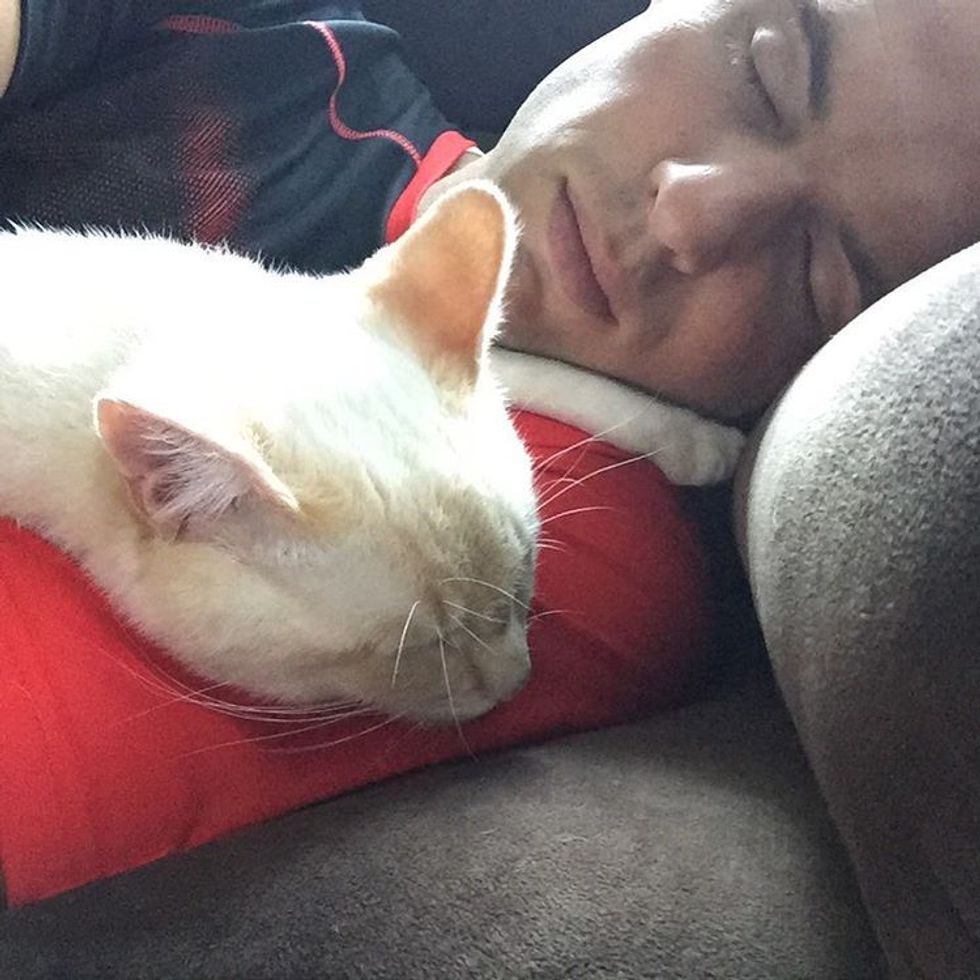 "You are my favorite human in the whole wide world."

A year after they found Laz! Watch video: