Rescuers found a tiny kitten underneath some tree branches — she was very tiny but had an amazing will to live. 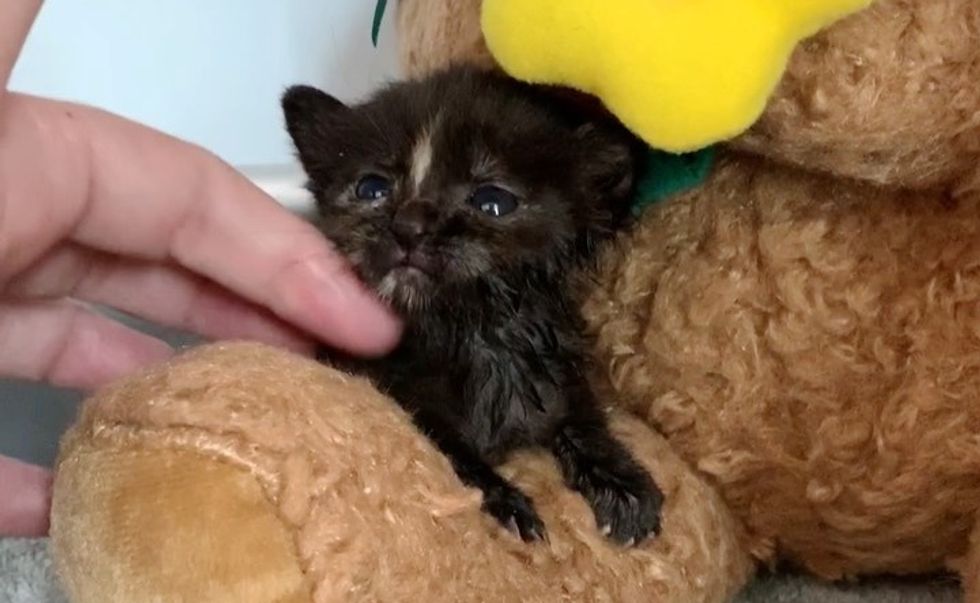 Three months ago, Nikki Martinez and her husband stopped in a neighborhood of Las Vegas, to work on a TNR (trap-neuter-return) project. As they pulled up, a little crying kitten walked right up to them. They scooped him up and started looking for others.

Nikki's husband was rummaging in a backyard when he noticed a tiny tortie under some palm branches. "She was asleep and wasting away. She wouldn't have lasted much longer," Nikki told Love Meow.

He picked her up and the little pint-sized kitty let out a cry. Relieved that she was alive, they brought her back to their car along with her three siblings who were much larger. 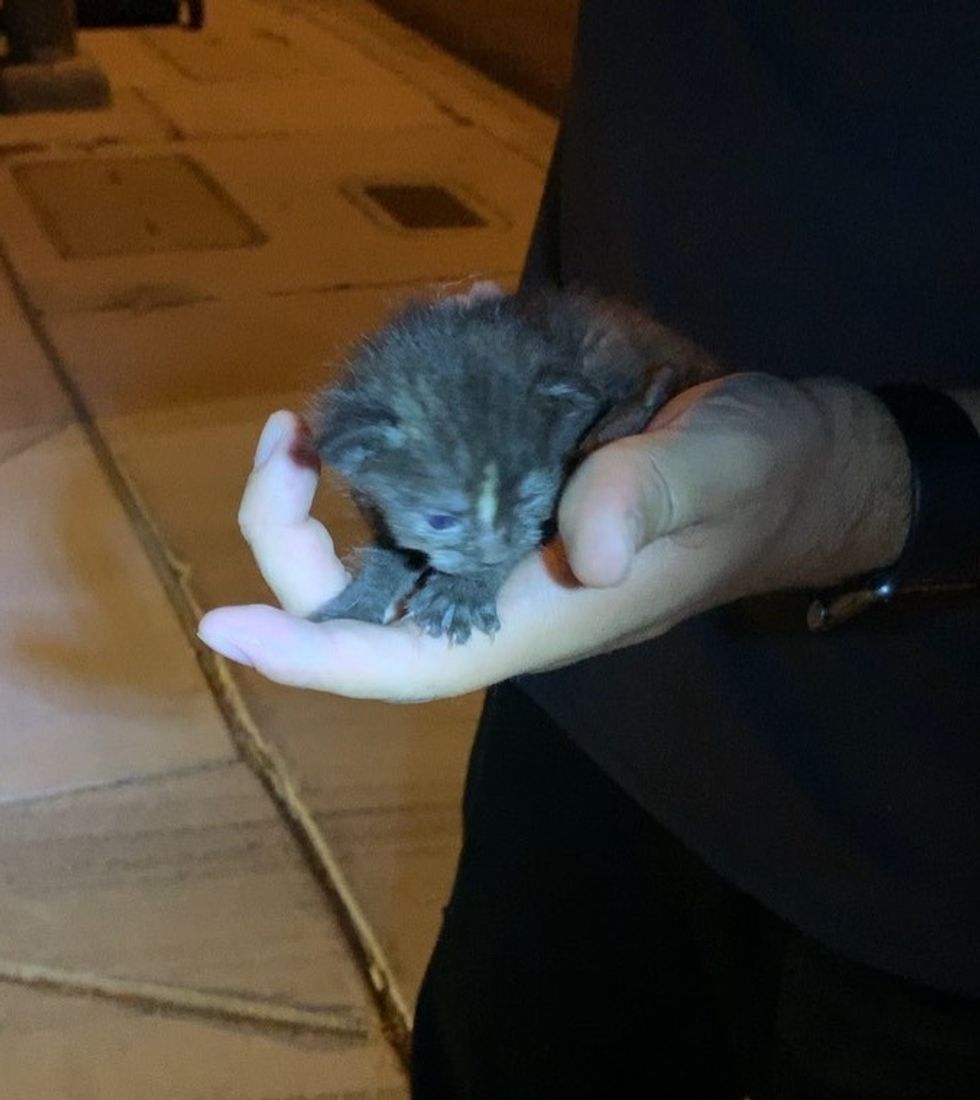 The tortie was in critical condition and needed specialized care. She came home with Nikki and her husband while the other kittens went to another foster home.

"This little tortie is definitely the runt. She had less energy, didn't have a desire to eat and her weight wasn't increasing. We started tube-feeding her and had her set up in an incubator."

They named her EJ, Erica Jr., in honor of a tortie kitten that the couple fostered several years ago. 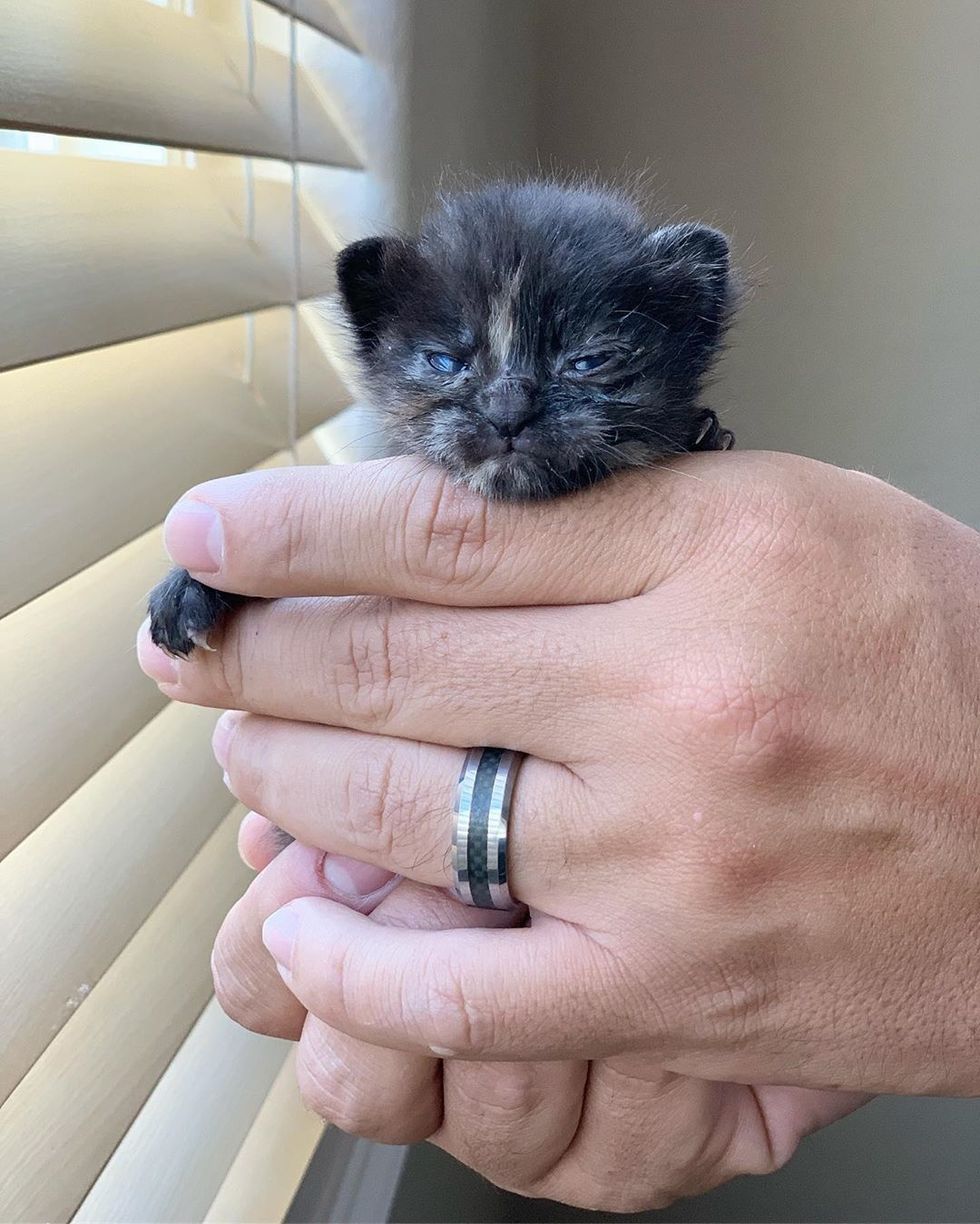 EJ vehemently refused to drink from a bottle. Without food, she wouldn't be able to survive. Nikki continued the tube-feeding regimen every day to keep her alive.

"I just needed her to get over this hump and start gaining weight again. I was giving it my all."

The kitten recognized her foster mom's voice. When Nikki came in to feed her, she perked up, walked towards the front of the incubator, and switched on her purr motor. 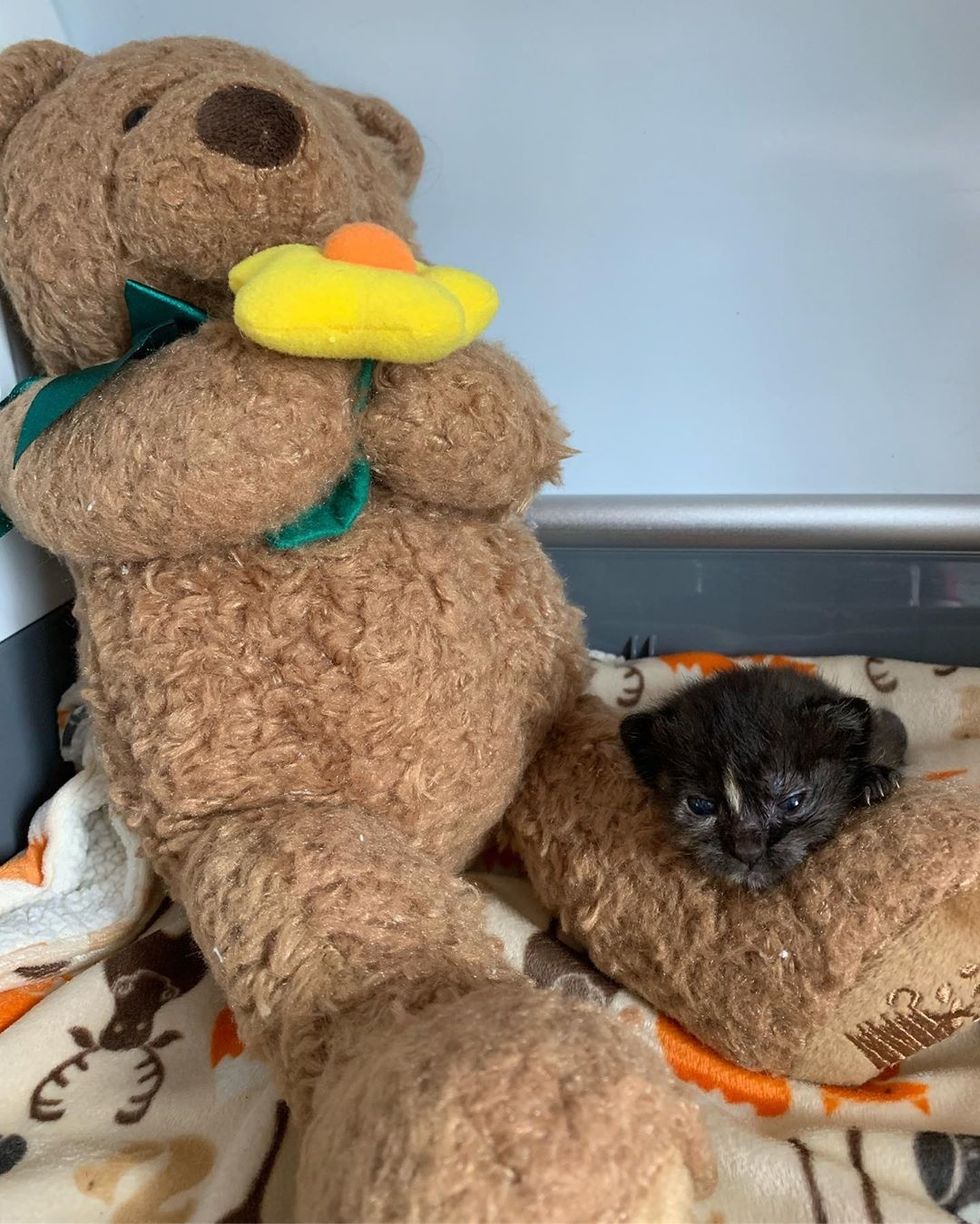 Over the next few weeks, EJ remained very tiny, and eating still wasn't her forte. They celebrated every baby step she made and every few grams she gained. "All I knew was I was fighting for her every single day, and we were taking it day by day."

When EJ was a little bigger, Nikki took her to see a vet, hoping to get an answer. 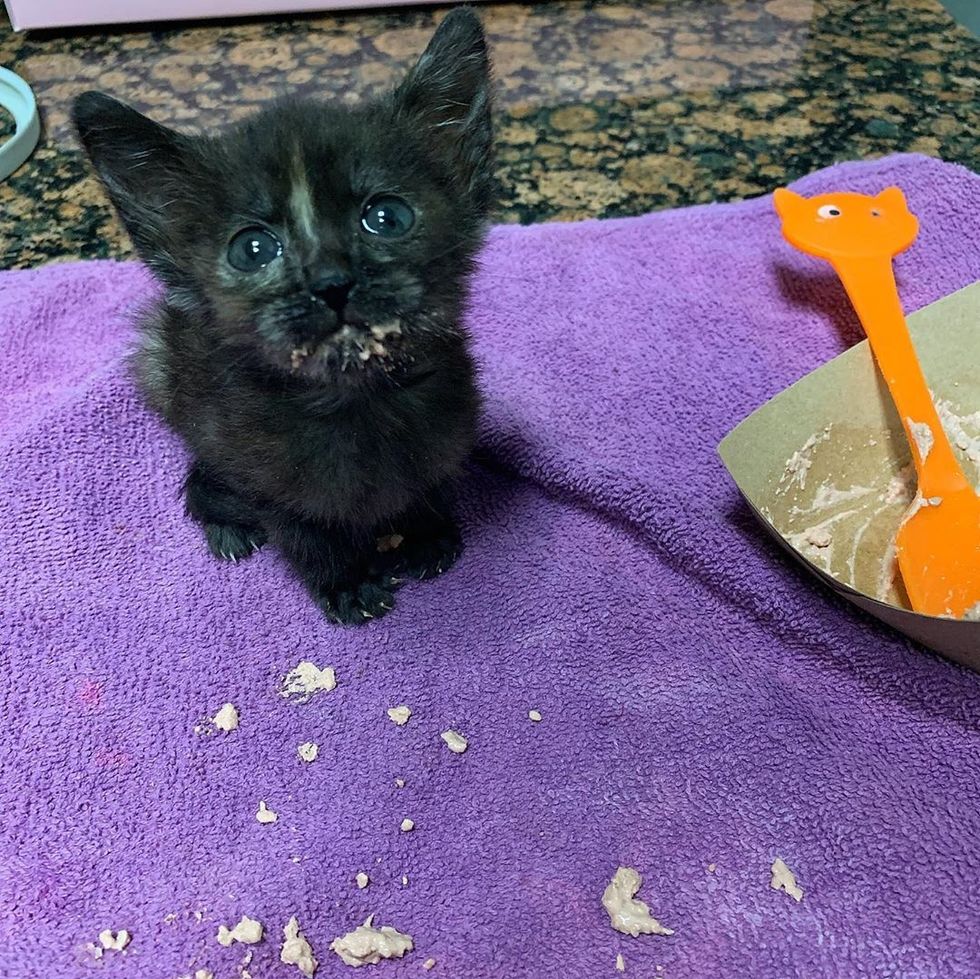 "She would not eat on her own or even swallow on her own. When she got a little bigger, the vet was able to find a little vein to draw blood and test her," Nikki told Love Meow.

"Come to find out she was battling a very severe bacterial infection. We started her on an antibiotic and already her appetite was better that night."

EJ's weight began to pick back up and she was finally turning a corner. 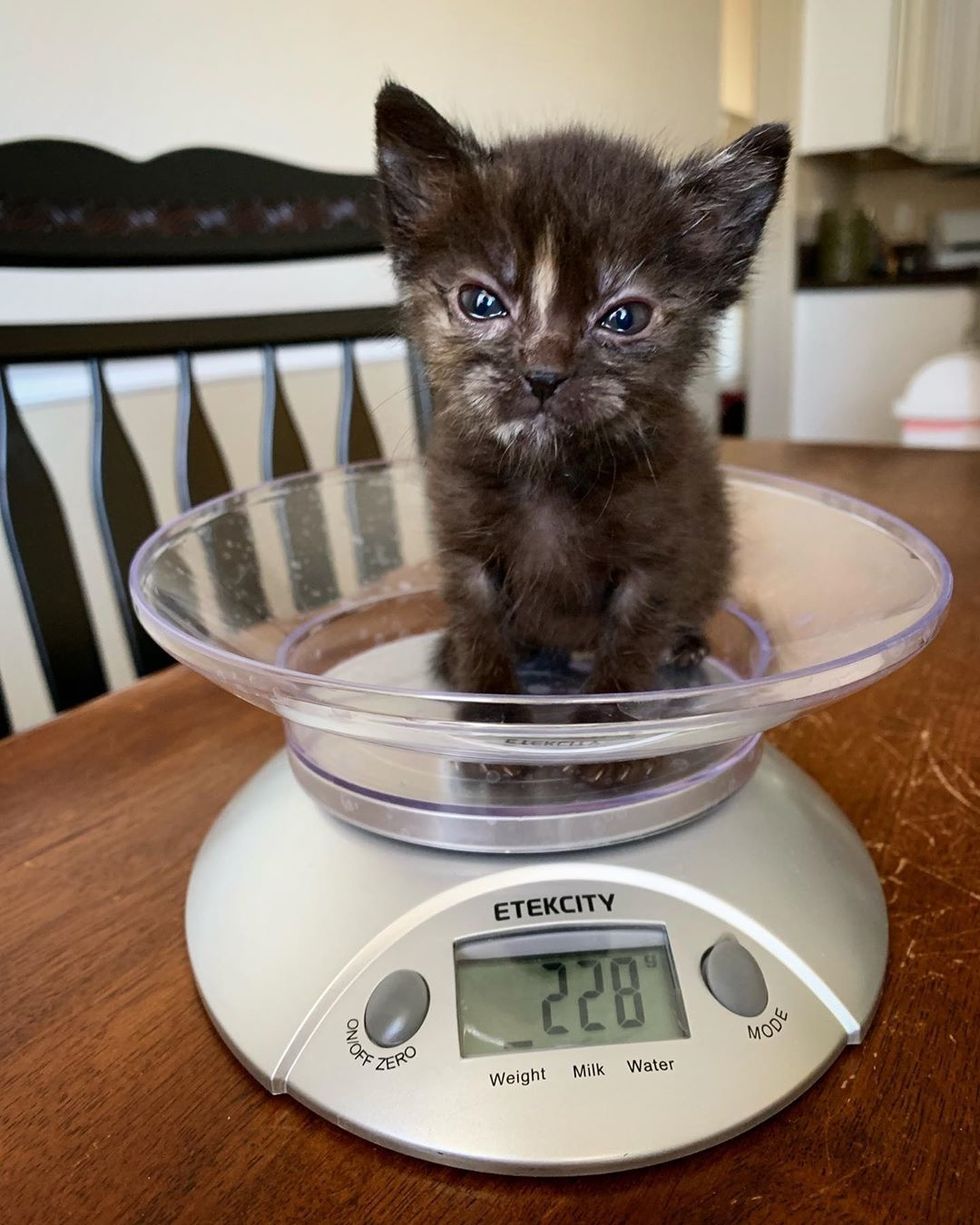 At five weeks old, the tortie finally felt strong enough to play with a toy, and that day, she began to eat like a normal kitten.

"I could hardly contain my joy seeing EJ eat on her own, and not just nibble. My eyes were filled with tears."

EJ became a new kitty and started knocking things off the counter, walking across the computer keyboard, creating antics around the house or just being a typical cat. 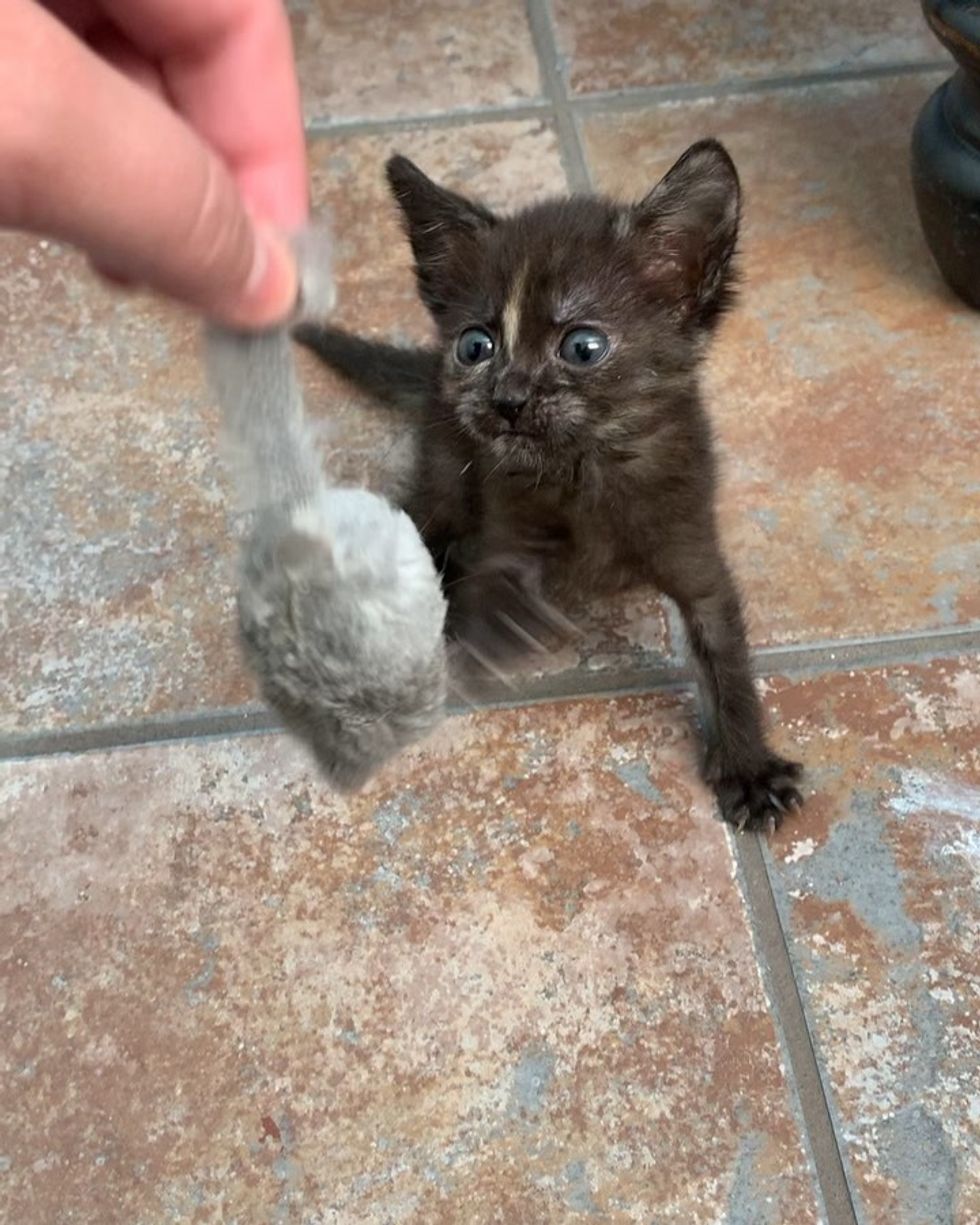 Nikki and her team continued to look for their cat mother but she never came back. They helped several other community cats in the area, and got them all spayed and neutered.

On September 28, EJ reached the one pound milestone. They threw a party for the little miracle kitty and were so proud. When EJ hit the two-pound mark a few weeks later, they knew it was time to let her fly. 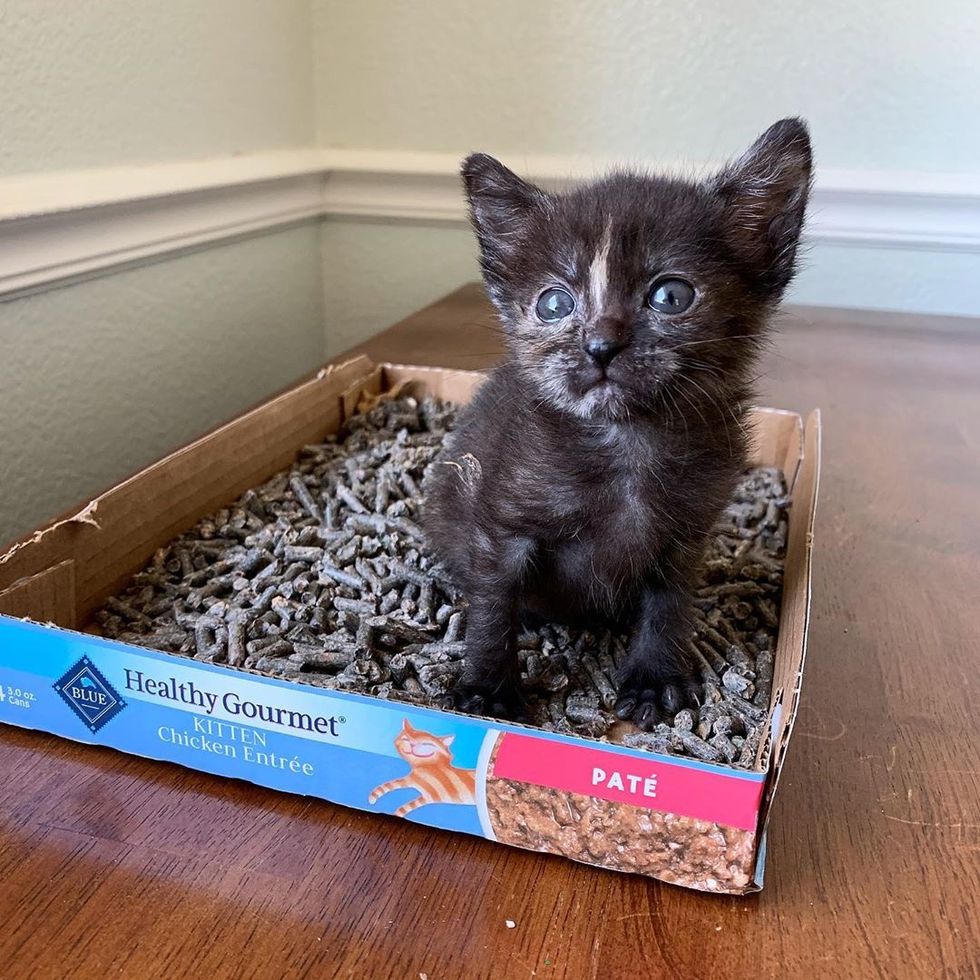 "As a foster parent, you put in so much work with your fosters and so much of it is done behind the scenes. Seeing her happy and thriving is my 'paycheck'," Nikki said.

EJ the kitten and her rescue journey www.youtube.com

A few days ago, EJ met her forever family who came all the way from Nebraska to adopt her.

Nikki dropped them off at the airport — it was a very special day that she would forever remember. 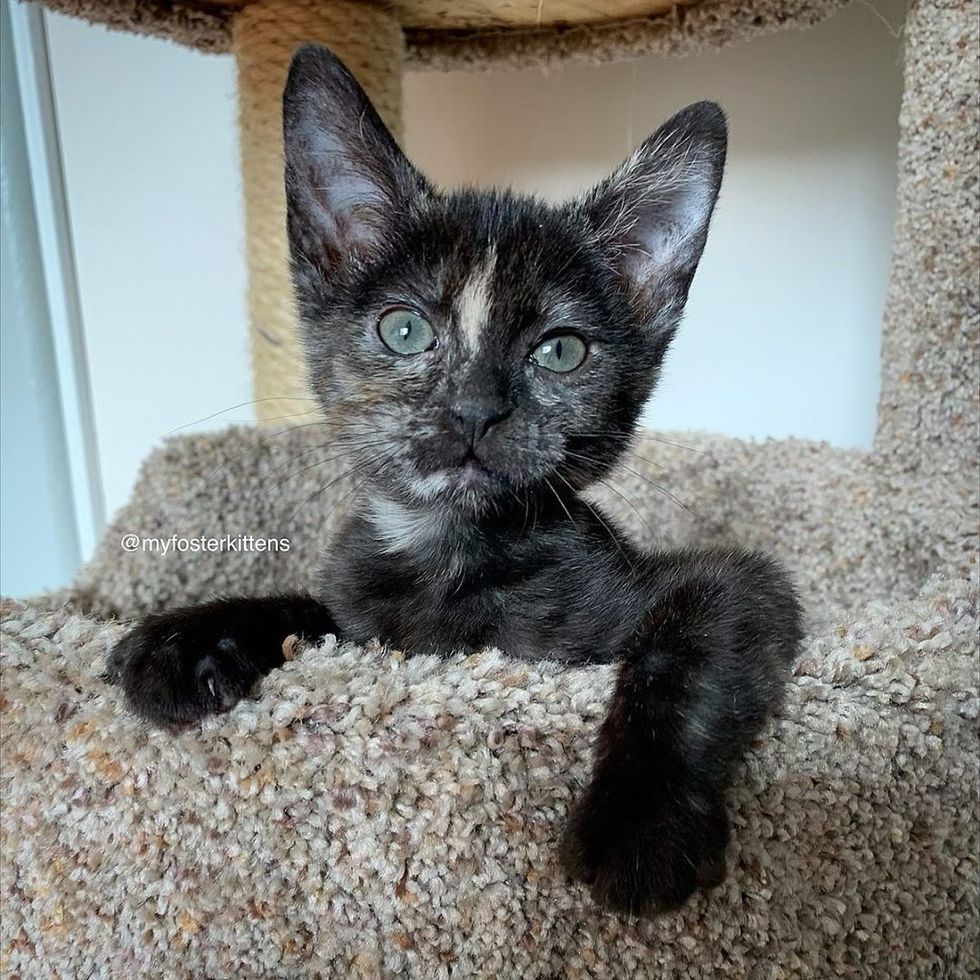 "For weeks she wouldn't eat and we had to tube feed her. This is the day I prayed for. When she was struggling to survive, this is the picture I had in my mind," Nikki said.

"EJ is going go have an amazing life with them. I am so incredibly excited for her new life and for her to meet her new sisters, my former fosters, Jon and Ponch." 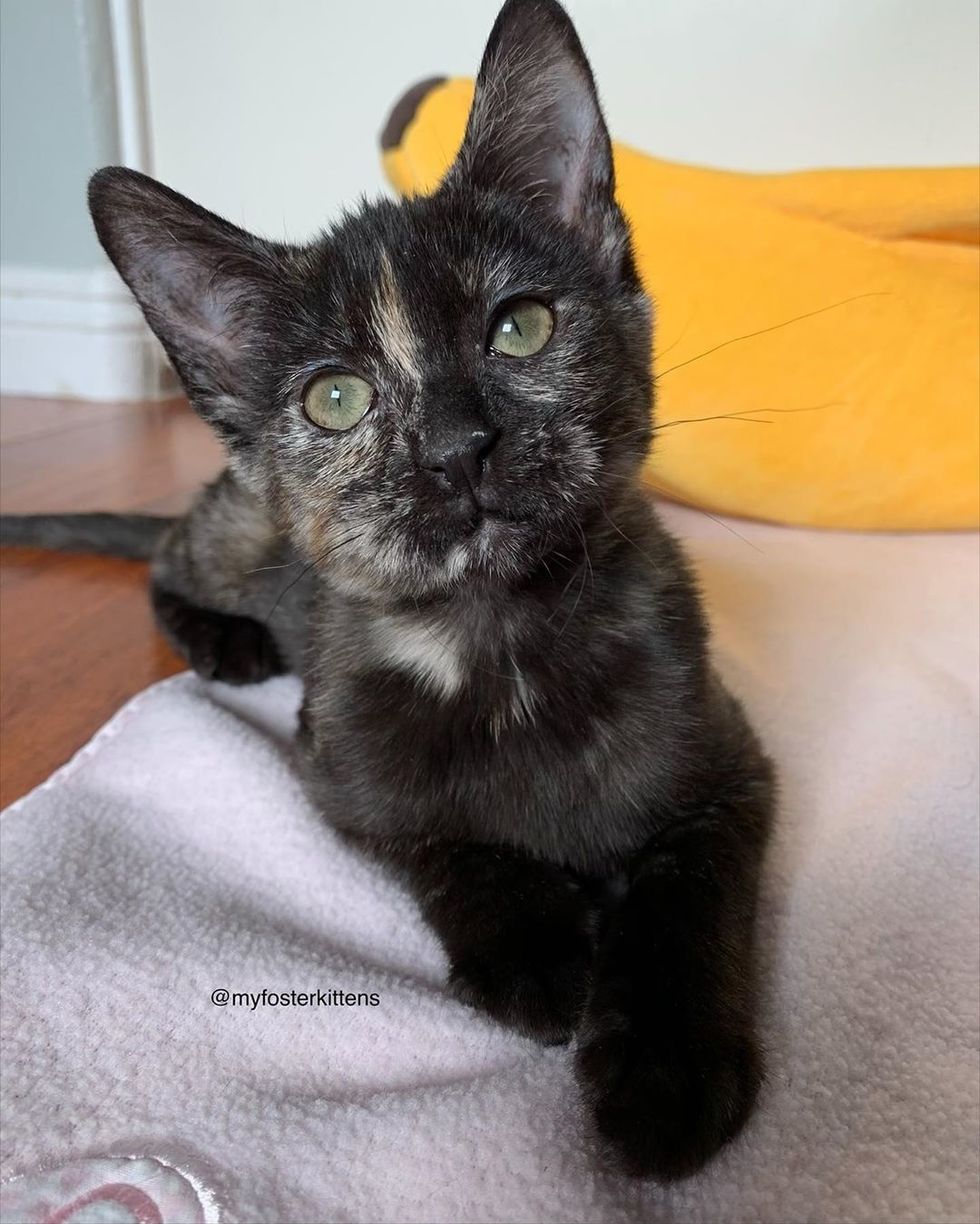