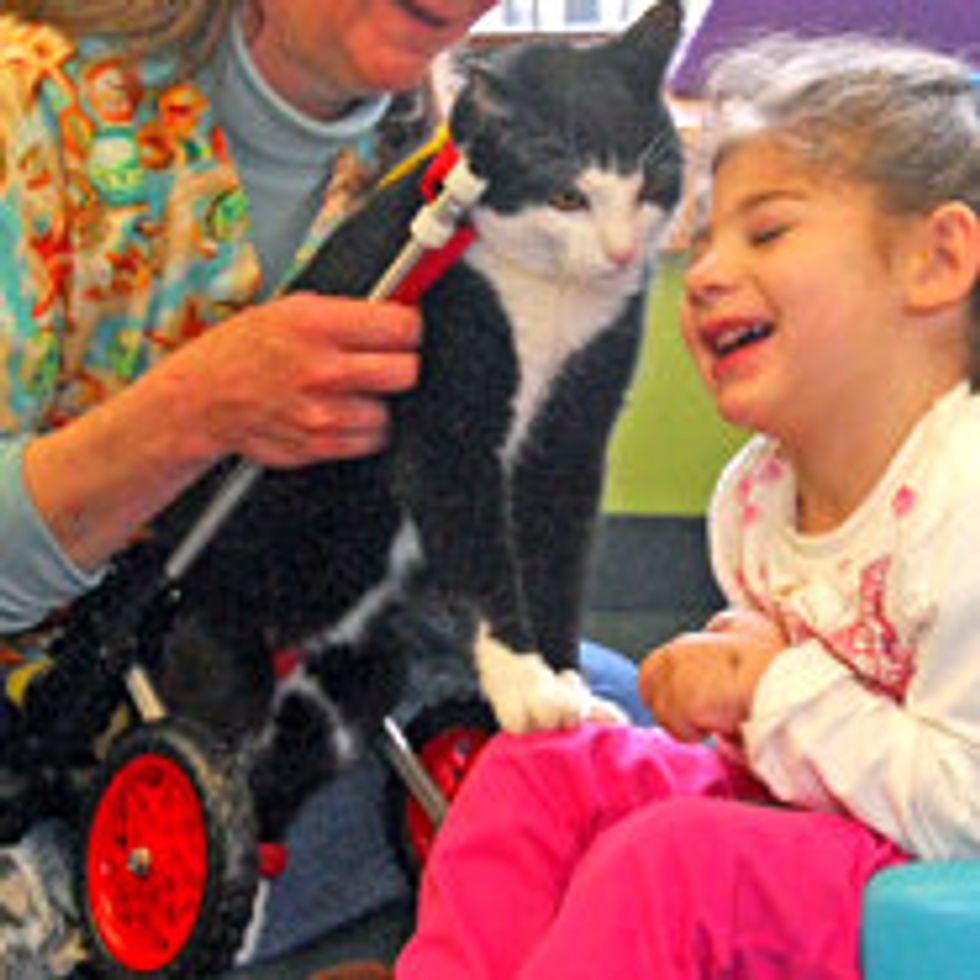 Scooter the cat who moves around on his custom-made wheelcart is a therapy cat who gives those who feel sick love and new hope. This special kitty has inspired so many with his stories that he has recently been named the Cat of the Year by the ASPCA.

Scooter was brought to Dr. Betsy Kennon with injuries which left him paraplegic, but he was cheerful and in good spirit despite not being able to mobilize his hind legs. They made him a wheelcart. Once he was strapped on, he was off to go walking around, and couldn't get enough of his new gadget. Scooter touched people who had come across him and been part of his journey, but his story didn't just end there. He became a therapy cat at HealthSouth Harmarville Rehabilitation Hospital and a frequent visitor to nursing homes. Today, Scooter has been a therapy cat for 4 years.

Scooter, now 5, has brought so much more than just cuteness to patients, many in wheelchairs. He brings happiness and hope. After meeting Scooter, one man said to himself: "I'm an idiot for ever feeling sorry for myself," according to Triblive. Scooter is now giving others a second chance at life just like how he got his. They think: "If he can do it, so can I." (Triblive)

Scooter and his custom-made wheelcart

Scooter the therapy cat snuggles up to Ernie Stock, 87