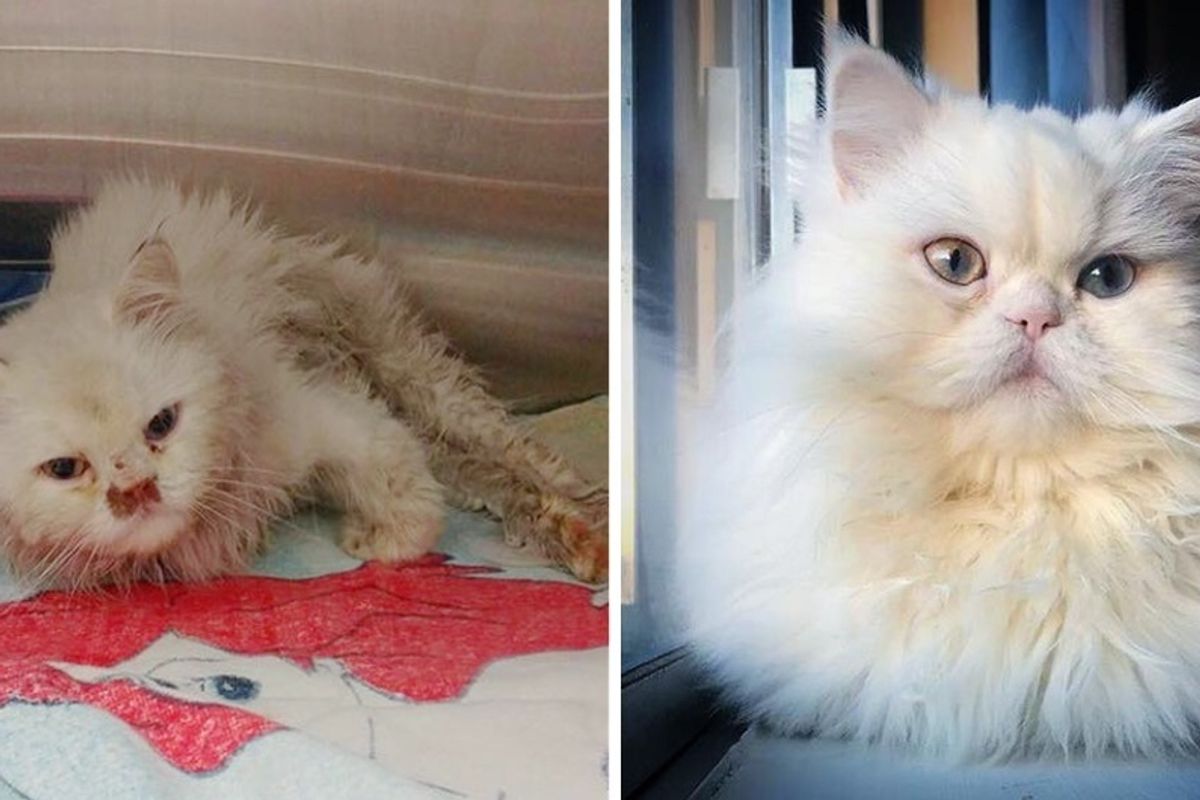 An emaciated cat was spotted wandering on the edge of a highway. She was later taken to a pound where her fate became uncertain.

After a few days with no one coming to claim her and her desperate need for medical attention, she was put on death row. 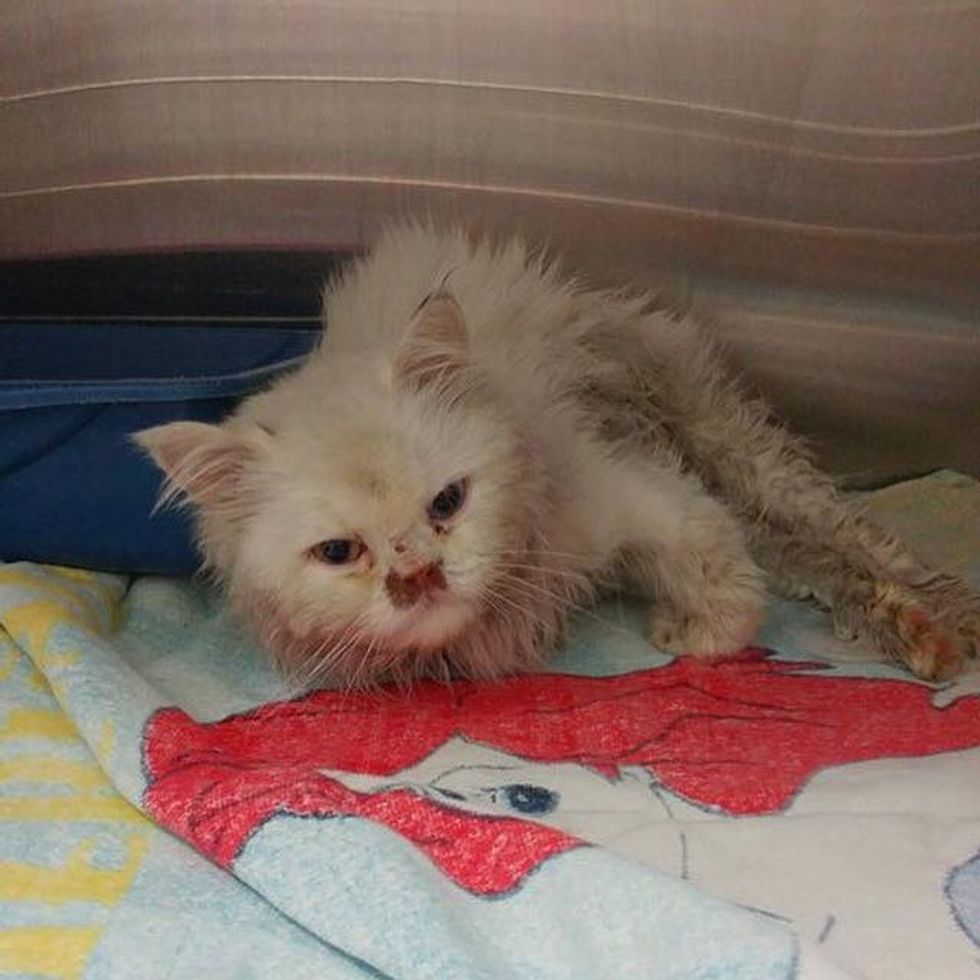 Chatons Orphelins Montréal, a local rescue group in Montreal, Canada, learned about the kitty's plight and immediately offer to take her. Though she was two years of age, she was very tiny and just skin and bones. She had sores on her nose and crusts on her face.

"We named her Blanche-Neige (French for Snow White) as in the fairy tale. She was happy to finally receive attention," Chatons Orphelins Montréal shared with Love Meow.

Snow White was a champ at the vet. She was a bit shy but didn't mind all the care as if she knew that they were helping her. 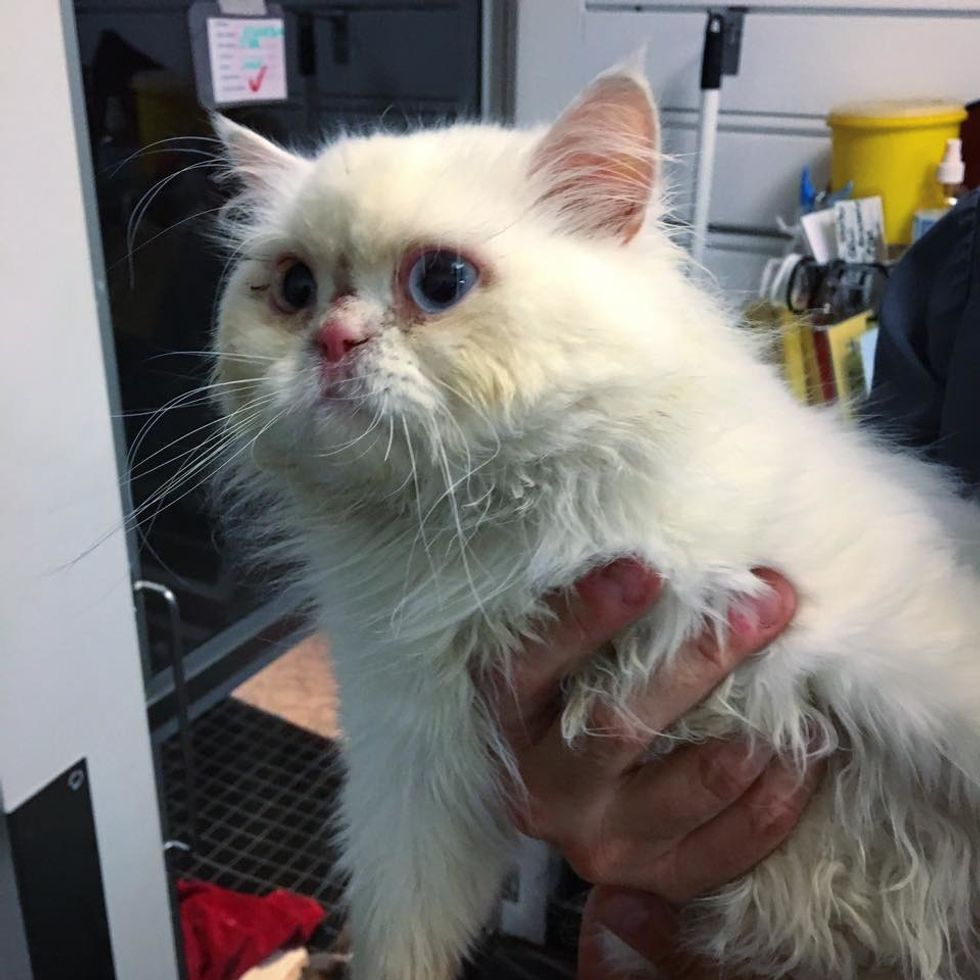 "It's obvious that she had a family before she ended up on the streets. Surviving the outdoor life was difficult for her given the state in which she was found. She was not going to survive and get through the winter, but now she's got a chance at a new life."

Snow White received medication for her infections and over the next few days, she spent most of her time resting and healing. 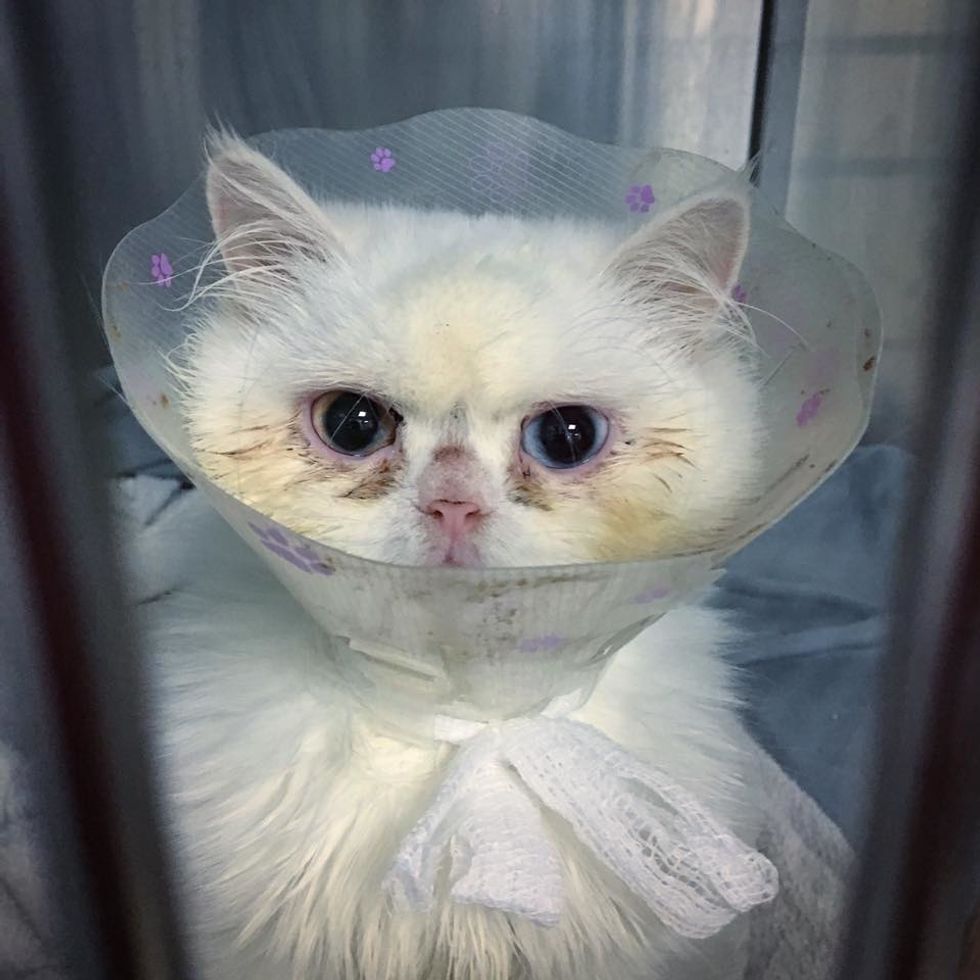 She was wearing a cone after the spay surgery. When her foster mom, Mathilde, took her into her care, the kitty was so happy to finally be able to stay at a real home.

They continued to treat her eye infection and provide everything she needed for her recovery. 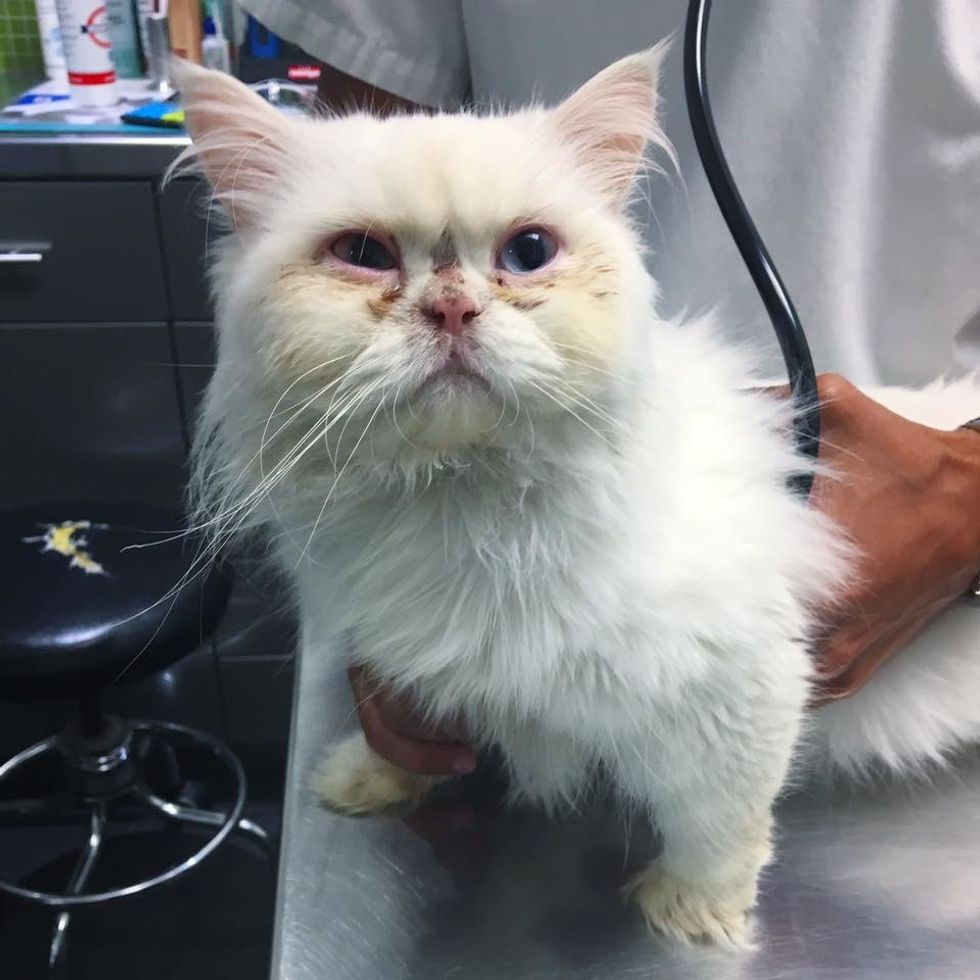 "Snow White had a lot of sleep on her first day at her foster home as she had much healing to do after the long ordeal."

Once the cone was taken off, her transformation began. "She was finally able to get her beauty back. No more yellow and shaggy hair." 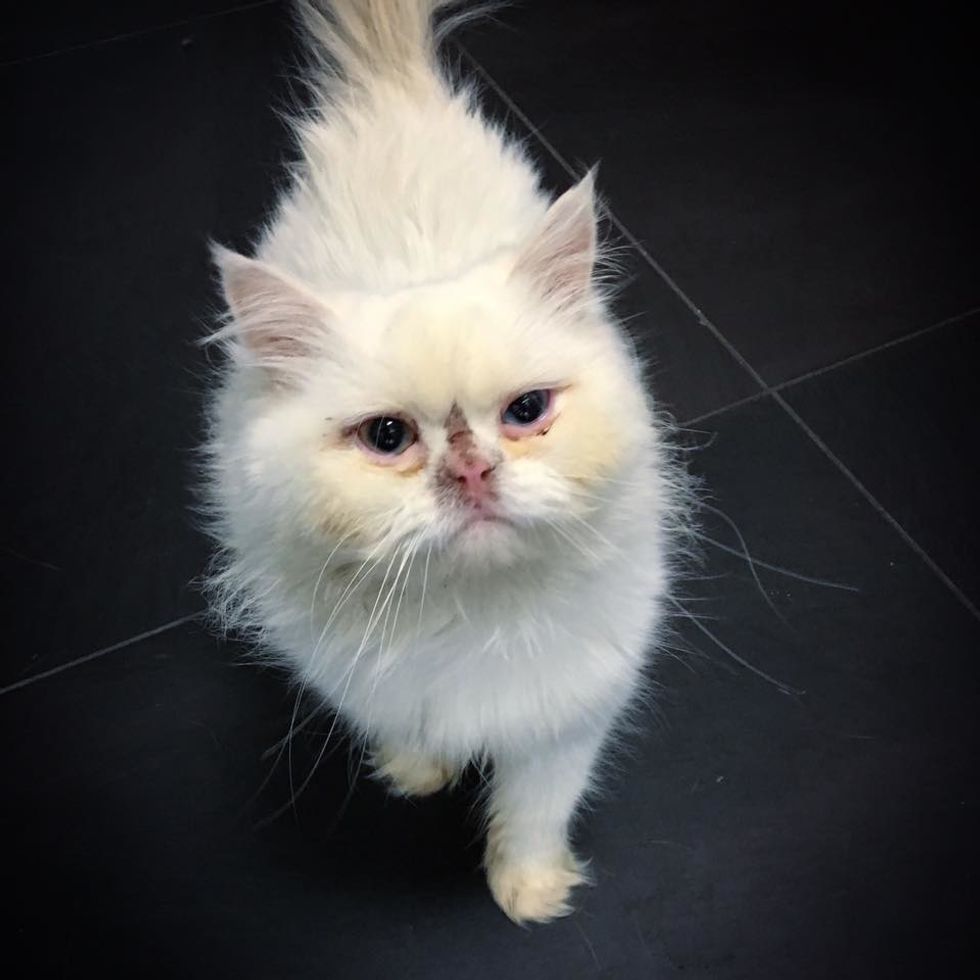 One month after she was rescued, she was almost fully recovered and her coat became soft and even started to shine.

When she was ready, they gave her a much-needed bath which revealed her true fluff. 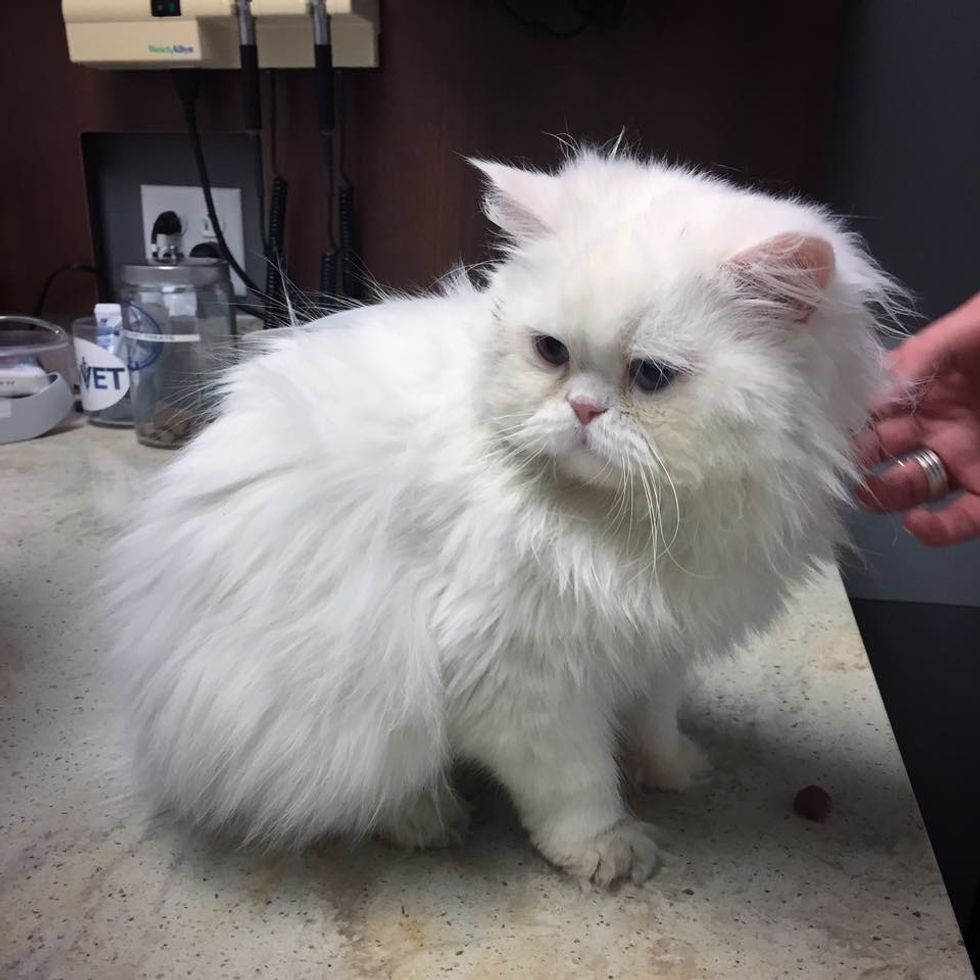 Slowly but surely, she came out of her shell and began to thrive.

"With good care, Snow White regained confidence and she became the little queen of the house. Snow White loves attention." 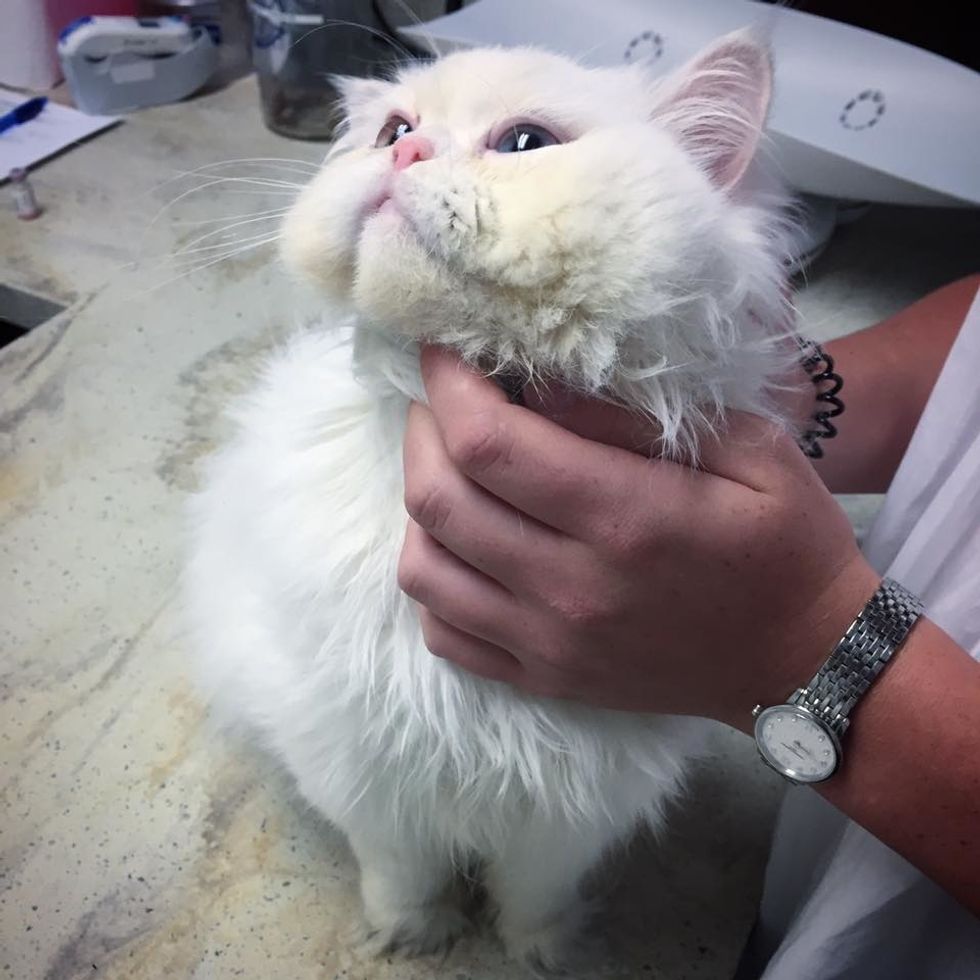 She put on weight and gained lots of strength. 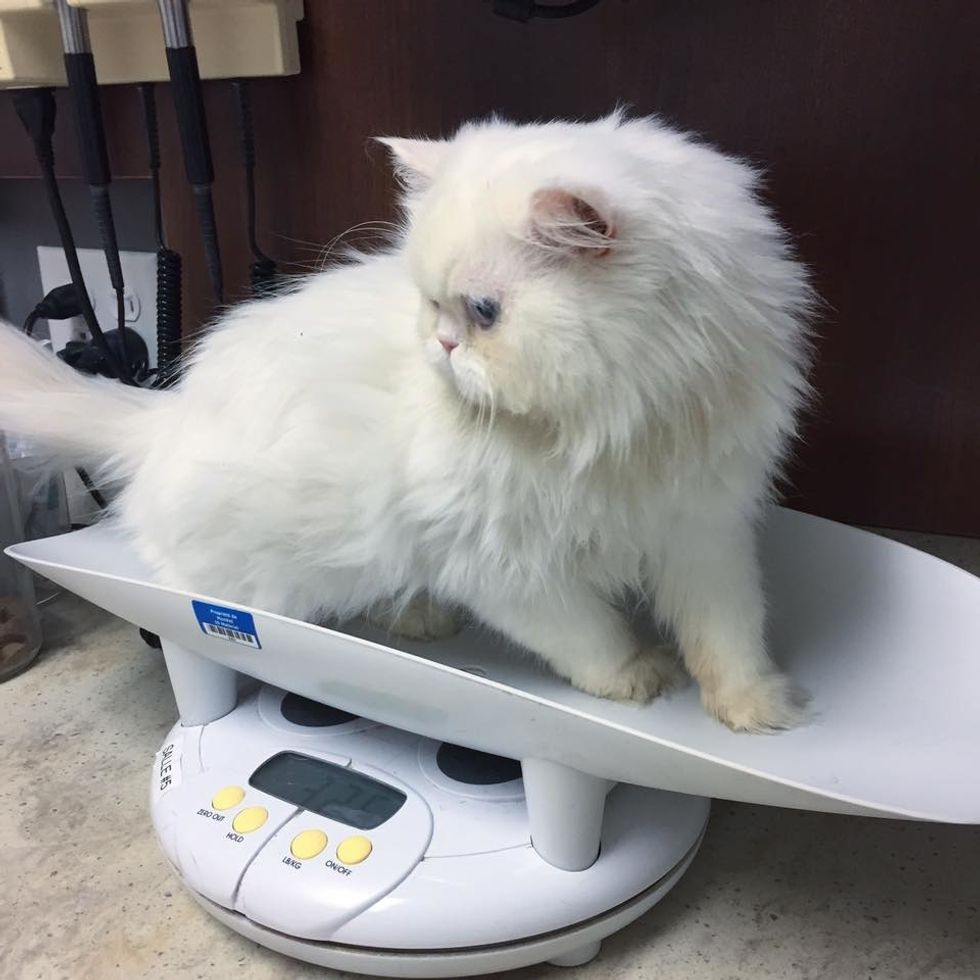 Snow White is always looking for attention and cuddle time with her humans. She realized that she no longer needs to worry about safety and food. 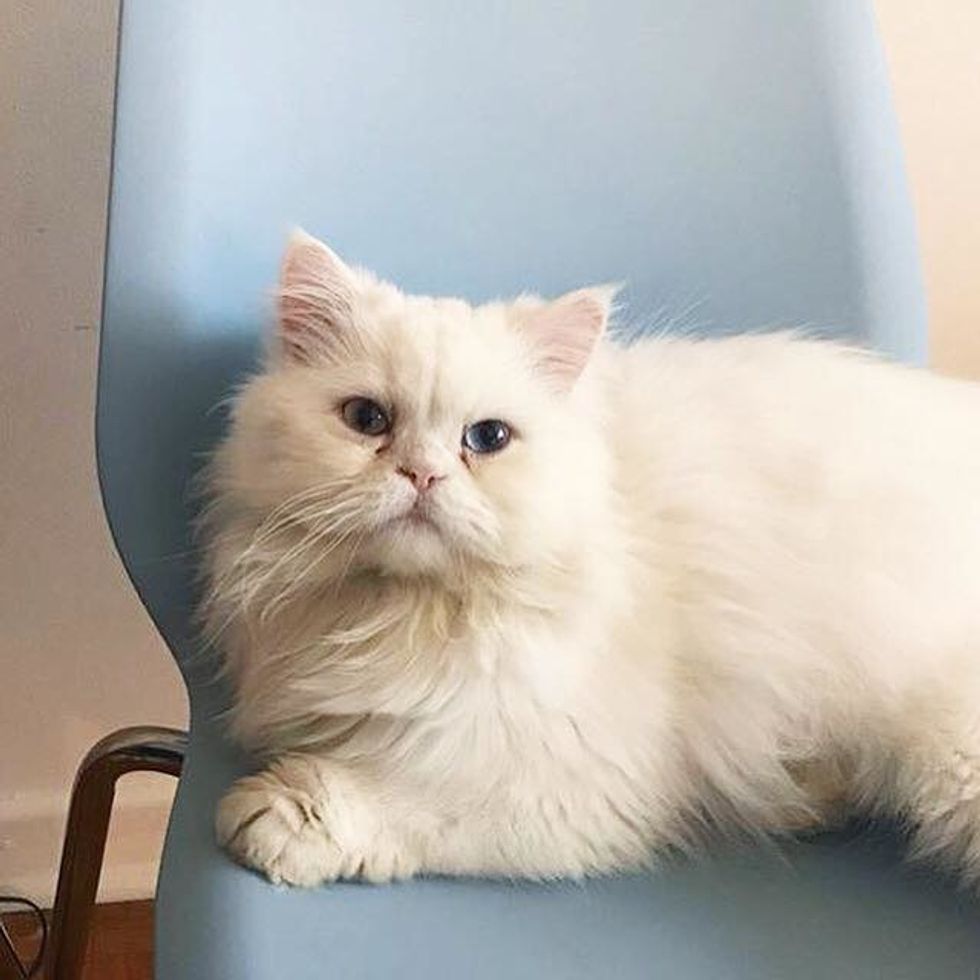 "She started to look like a Persian now that she had baths and brushings. Snow white is very sweet and affectionate. She seems to have put her wandering life behind her now."

It's been almost five months since she was pulled from death row. Snow White is back to her true self. 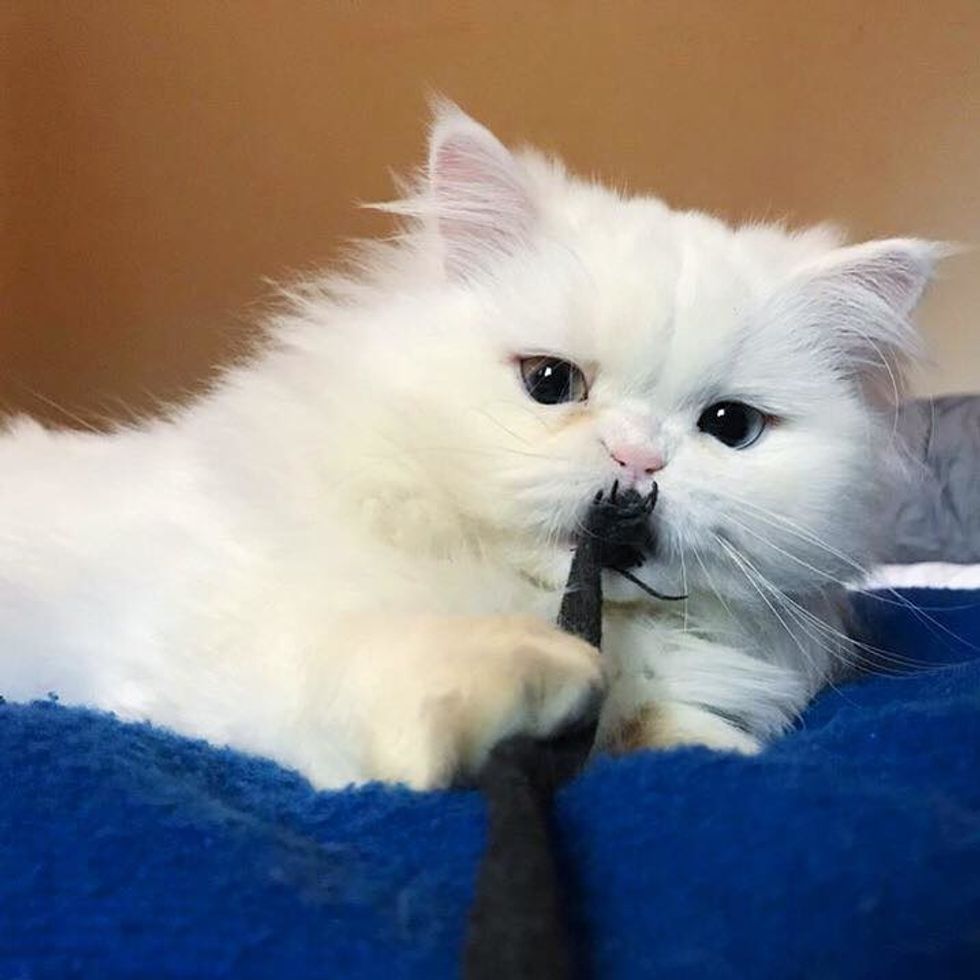 The beautiful fluffy girl is having the time of her life at her foster home and hopes to find a quiet place where she gets all the attention, love and cuddles as the only cat.

What a difference a second chance can make! 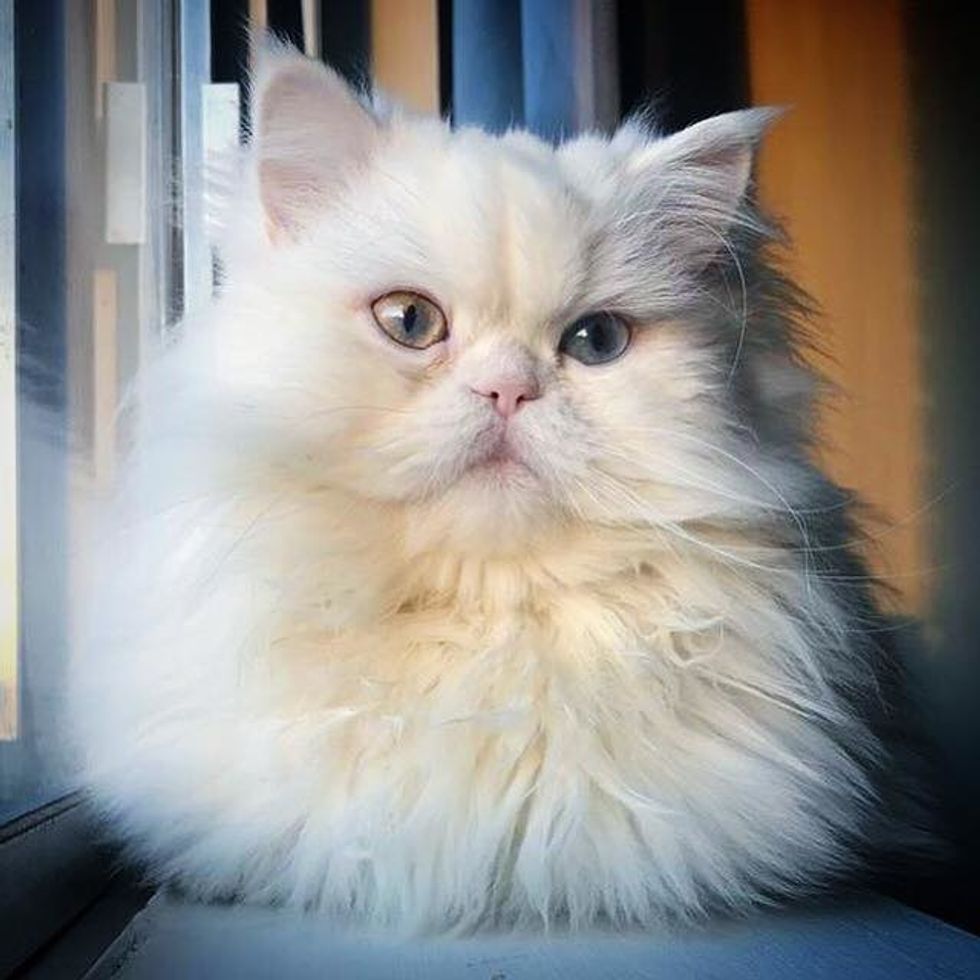