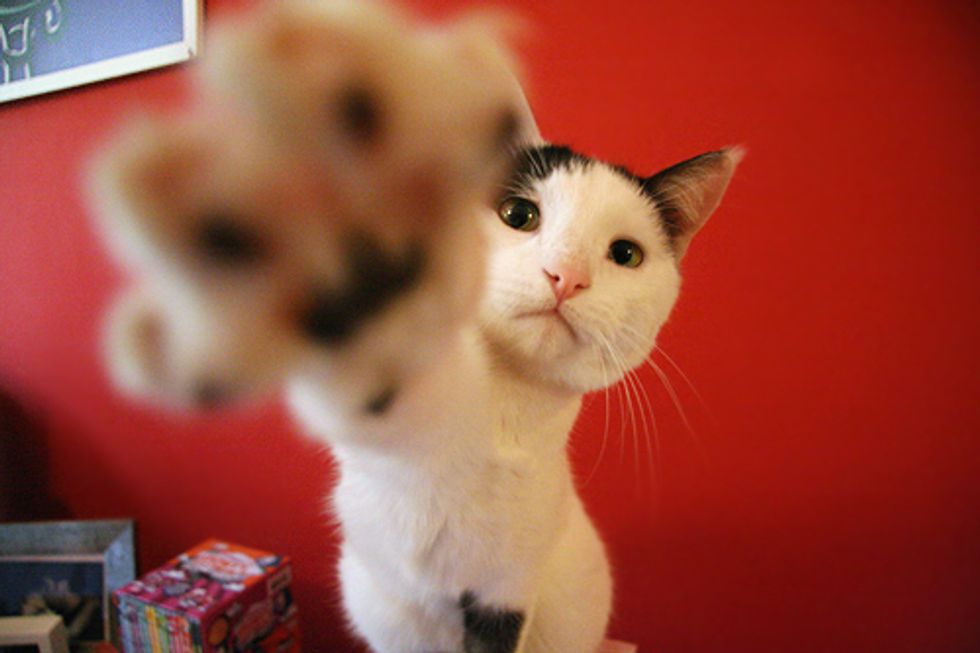 Shun has a sister named Bo. They were former feral kittens before their rescue. When I saw the two babies, I thought Bo was a male and Shun was female because Bo is a ginger cat (this color is much more common in  males than females) and she was bigger and braver than the little Shun.

When I let them explore my office for the first time, Bo was very curious but Shun just trailed around her. They were at about the same age. Over time Shun became more and more confident and he is no longer dependent on his sister.

Shun is a sweetheart. He stays much closer to me than Bo does. He loves to be petted and sit on my lap. He has an obsession with combs or brushes. Whenever he sees me holding one, he comes running and demands to be brushed. It's the sweetest thing.

He has the energy of a kitten, very playful and vibrant. Toji, Chihiro and Shun love to play together. They are best buddies in so many ways.

I call him my little goat, because he is so slender and sounds like a little goat when he talks. He loves it when I change the litter for him. He will roll on it as if it is the best catnip feast in the world!

Shun's favorite buddies are Toji and Goku. He always tries to stay near them and cuddle them when they all nap together.