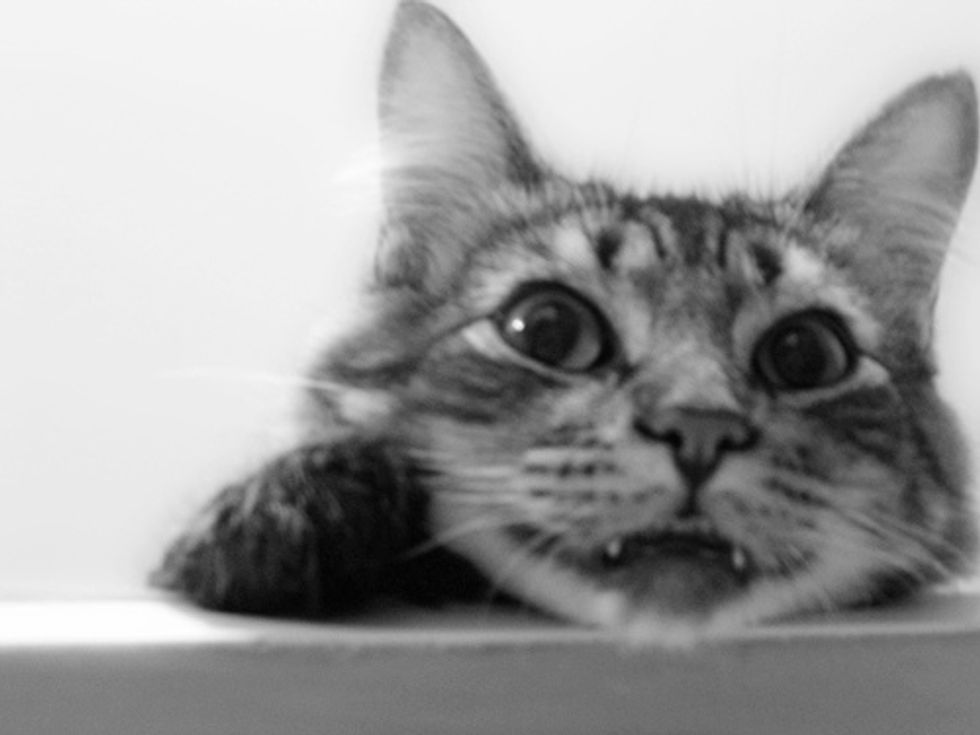 Giane Portal found Toji through a website that was trying to find a forever home for the little tabby cat.

The minute I saw Toji, I knew I wanted him. In November, 2004 Toji came to live with us and (at the time) our two cats, Goku and Lua. Goku was very curious about the new guy and in a short time they became good friends. Toji was about three months old and he was fascinated with Lua, and always tried to get her attention. He was very affectionate with Chihiro, Bo and Shun when they were babies.

Toji is very energetic. He likes high places in the house and manages to get to those places. He makes a very funny sound when he is excited - similar to the sound of a dove. So, one of his nicknames is Pururu.

He doesn't like to be petted everyday, he is more of a cat to play with. But occasionally, he comes to me and sleeps next to me for my attention. He doesn't always talk a lot, but once he feels talkative, he'd give you a long lecture! He never purrs, or he purrs so low that I just can't hear it!

Toji gets so excited when it's time to play, but not all the cats understand it. He loves to wrestle with the other cats for fun, but most of them take it seriously when Toji challenges them.

His favorite game with me is a chase game we do in the house. After I say to him "Who is the "naughty"cat?" I start to run. He gets very excited and runs after me. Then we reverse our roles.

Toji is my beloved furry tiger!