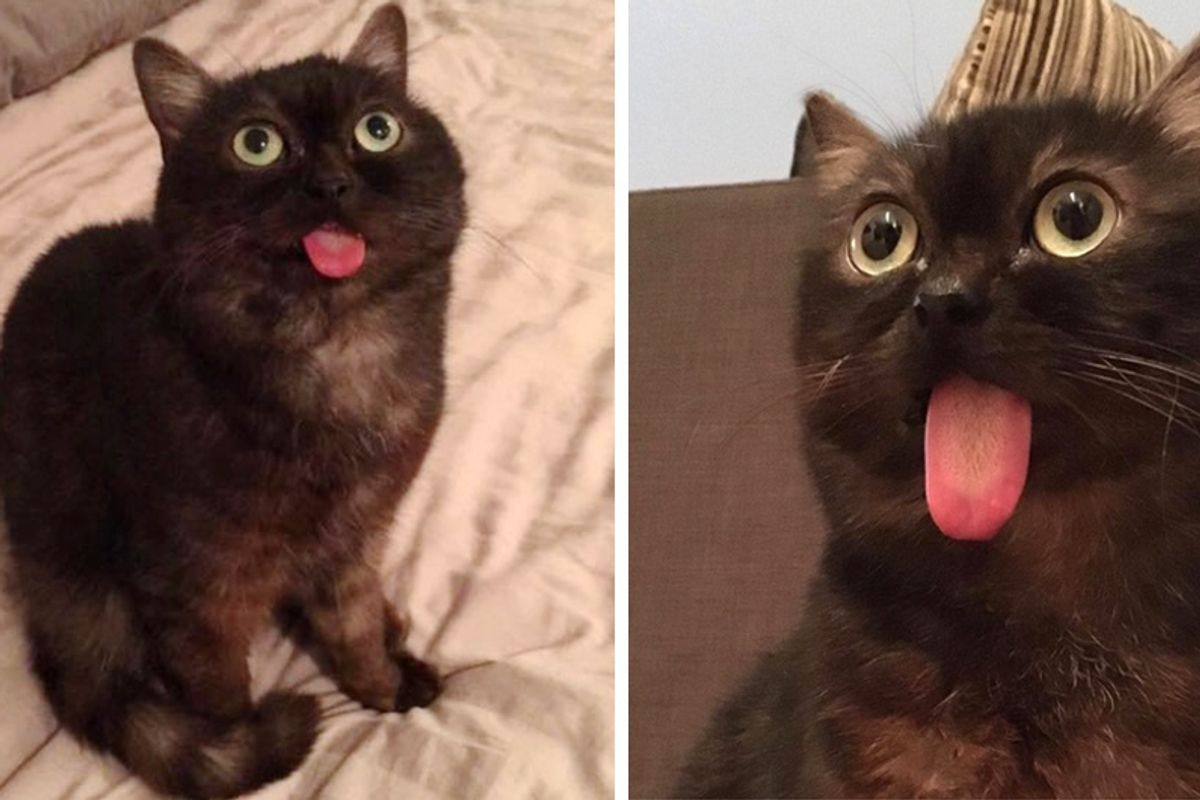 This sweet kitty is very special. His tongue sticks out 24/7 but he doesn't mind it at all. He's the happiest and smiley-est little guy his humans have ever known. 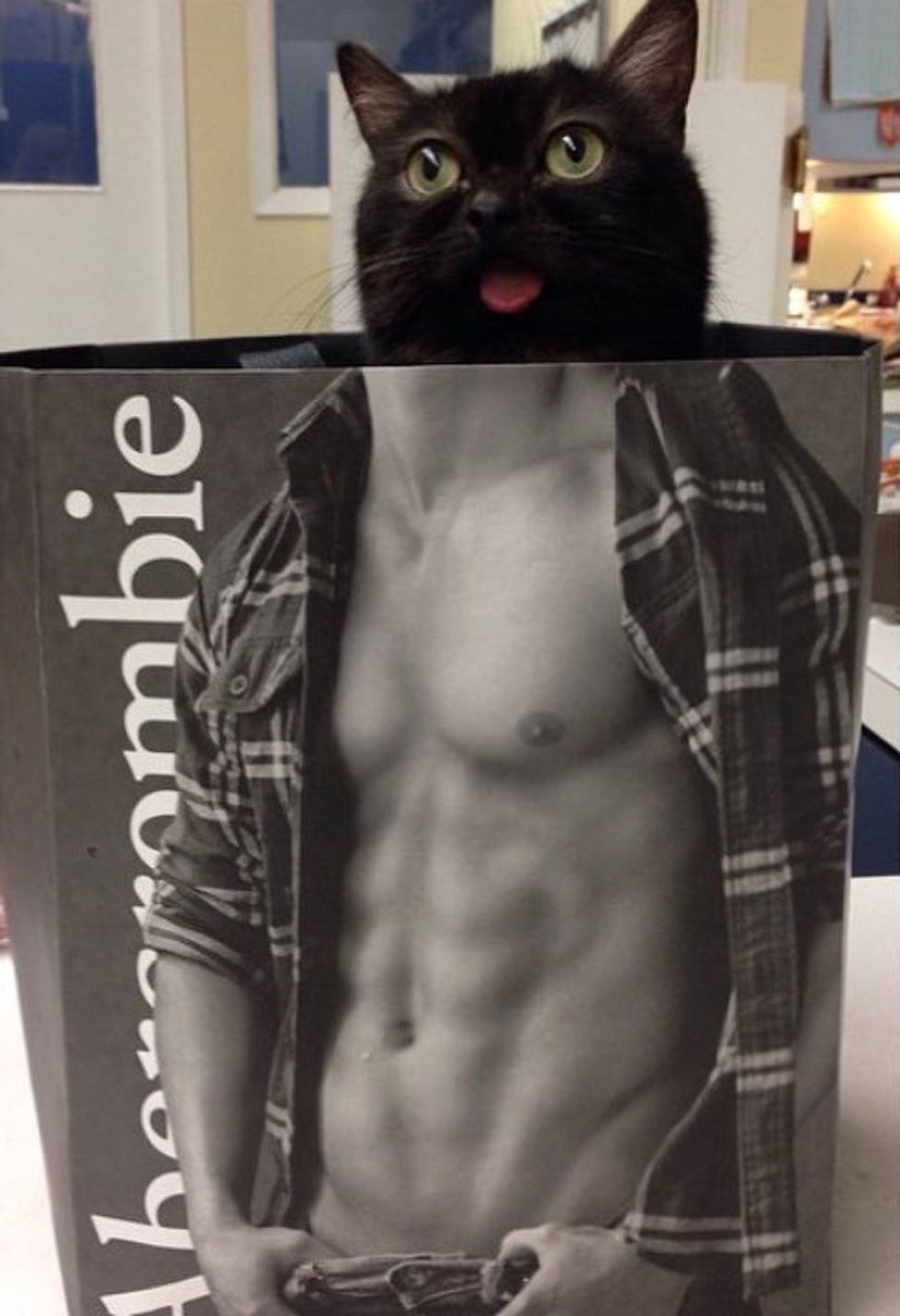 Mr. Magoo was found living under a deck in Coquitlam B. C. (Canada) with his cat mama, brother and sister. When he was brought into Westwood Heights Pet Hospital, they noticed right away just how special he was.

"His little tongue was sticking out and he only weighed 14oz. During physical exam we found his lower jaw is off to one side, which causes his tongue to stick out, and his skull is slightly deformed but otherwise healthy," Natalie, veterinary technician, said. 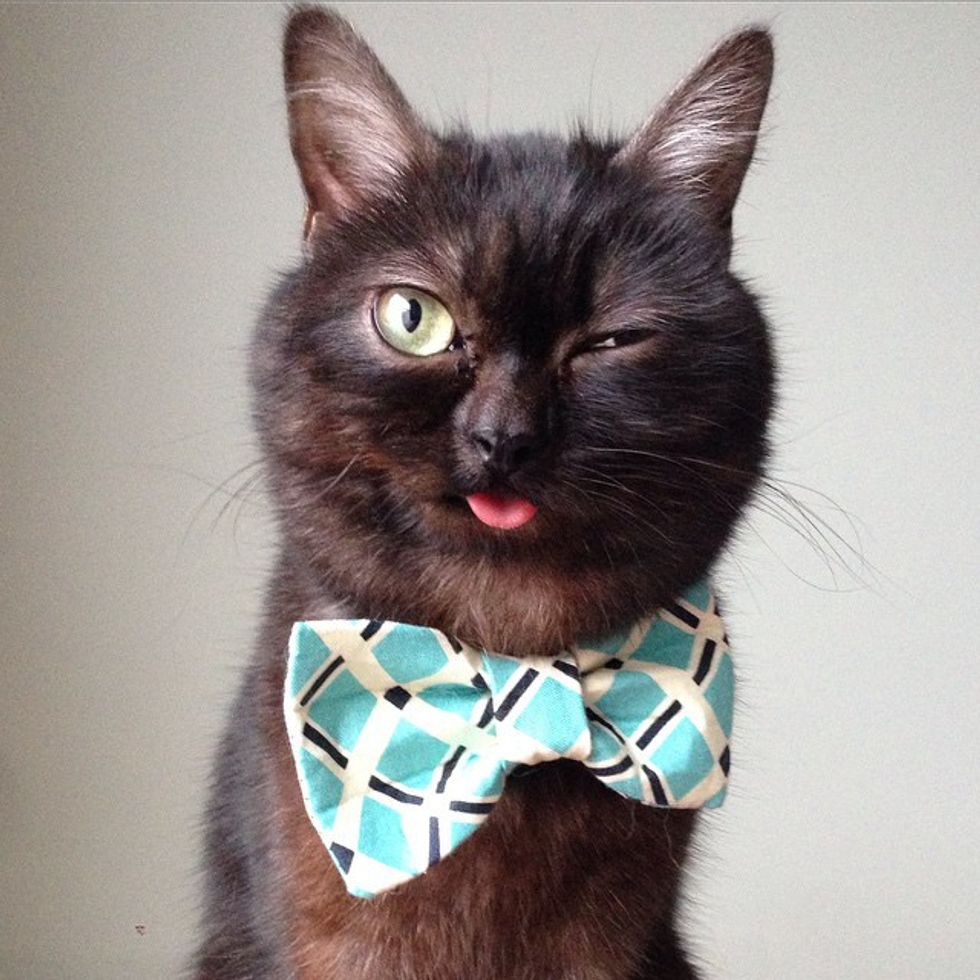 They discovered that Mr. Magoo could only eat canned food because he was unable to open his mouth to chew. Natalie fell in love with the special little boy and brought him home that night.

"I picked him up and he fit perfectly in my hands," she said. "I was so in love, I had truly met my furry little soul mate." 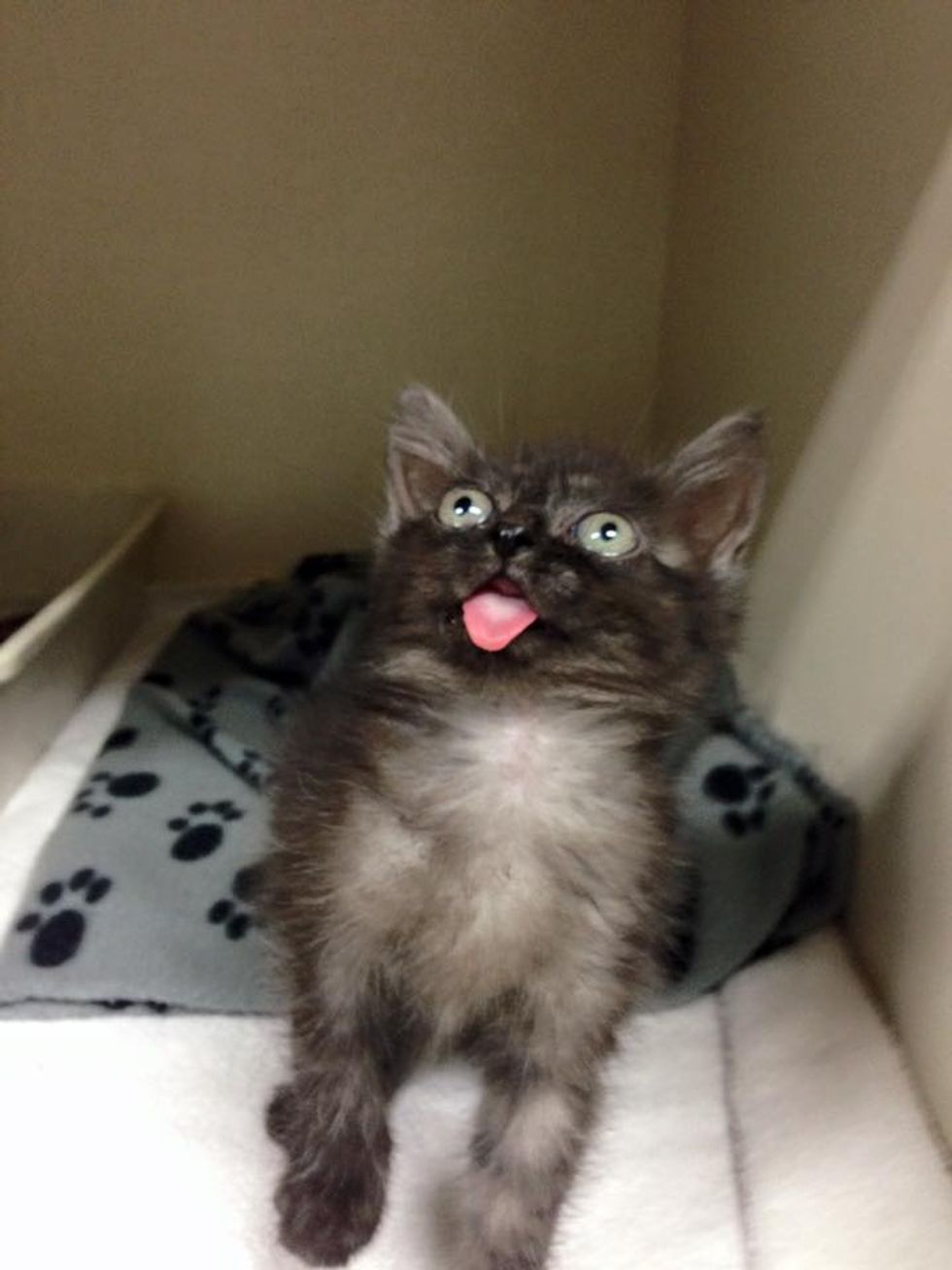 Mr. Magoo has a very small lower jaw and his tongue hangs out of his mouth 24/7, but nothing can stop him from loving life.

The sweet little boy is full of personality! 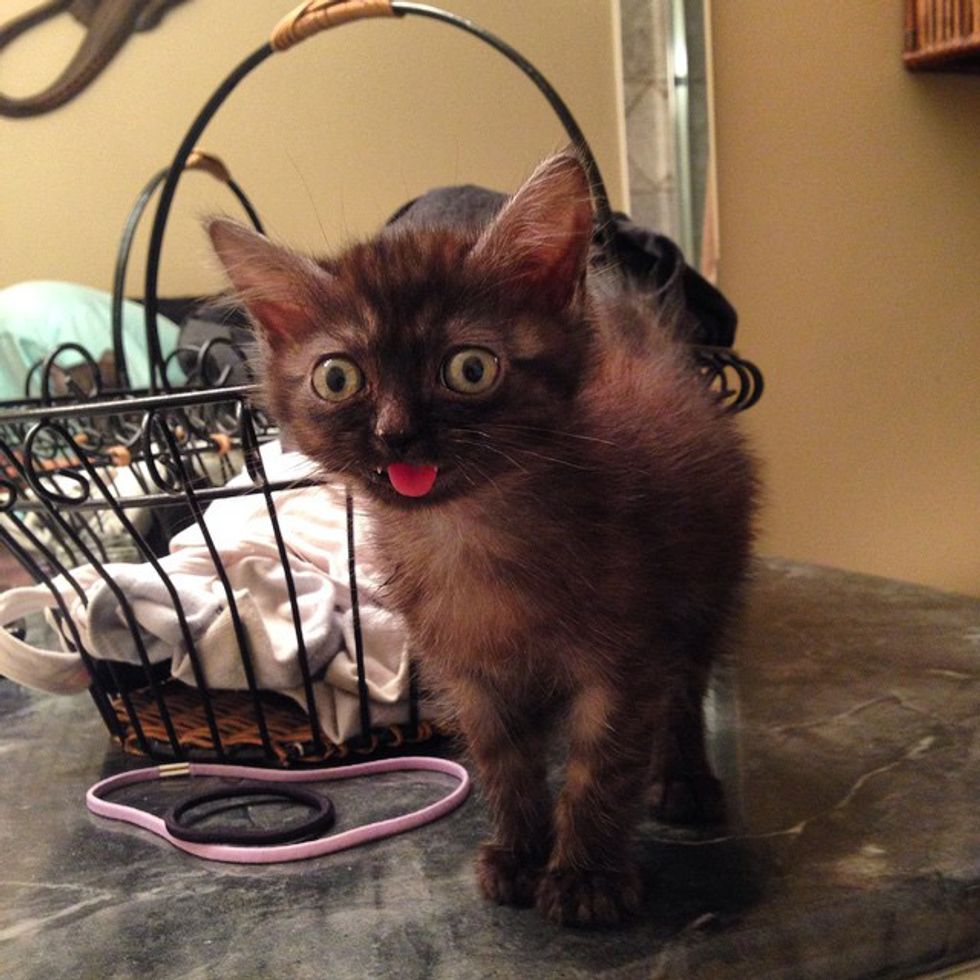 When he was just a tiny ball of fur... 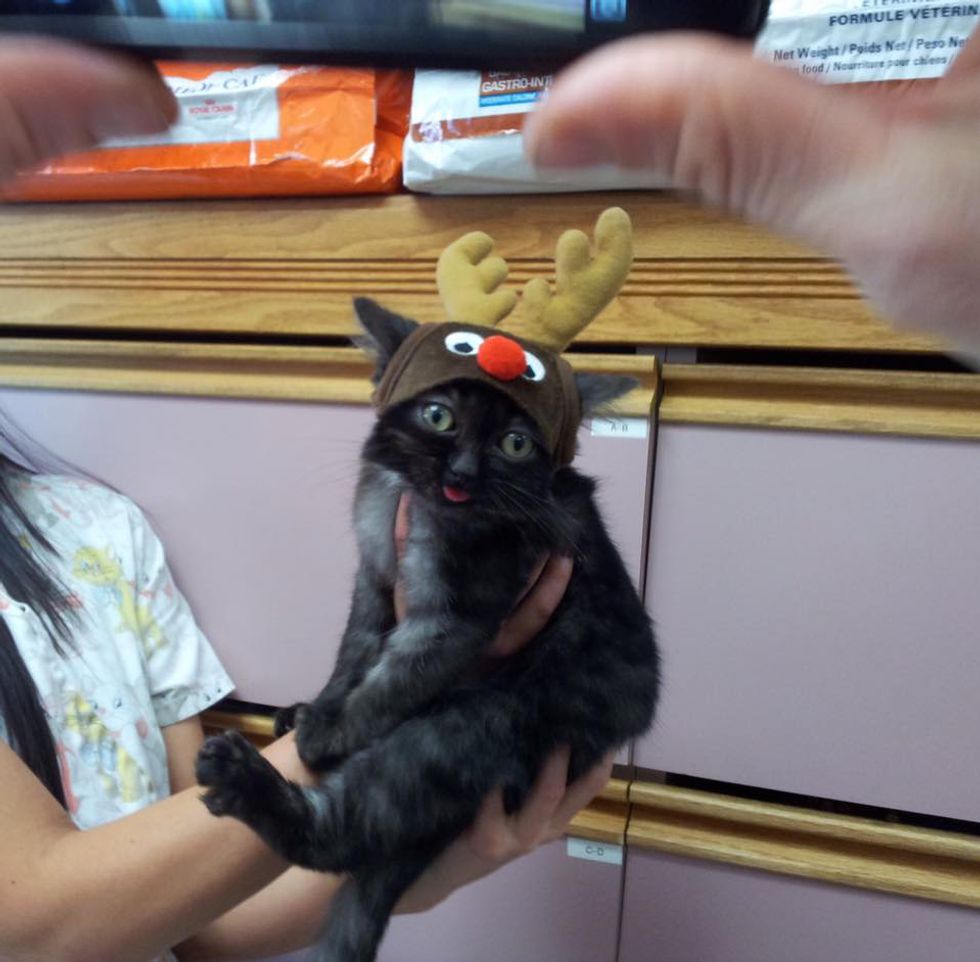 Mr. Magoo is now four years old and has blossomed into a handsome boy!

"He loves cuddles on the couch, stealing dog and human food, jumping on counters, sneak attacks on his Pomeranian brothers and so much more, he is truly living life to the fullest," Natalie said. 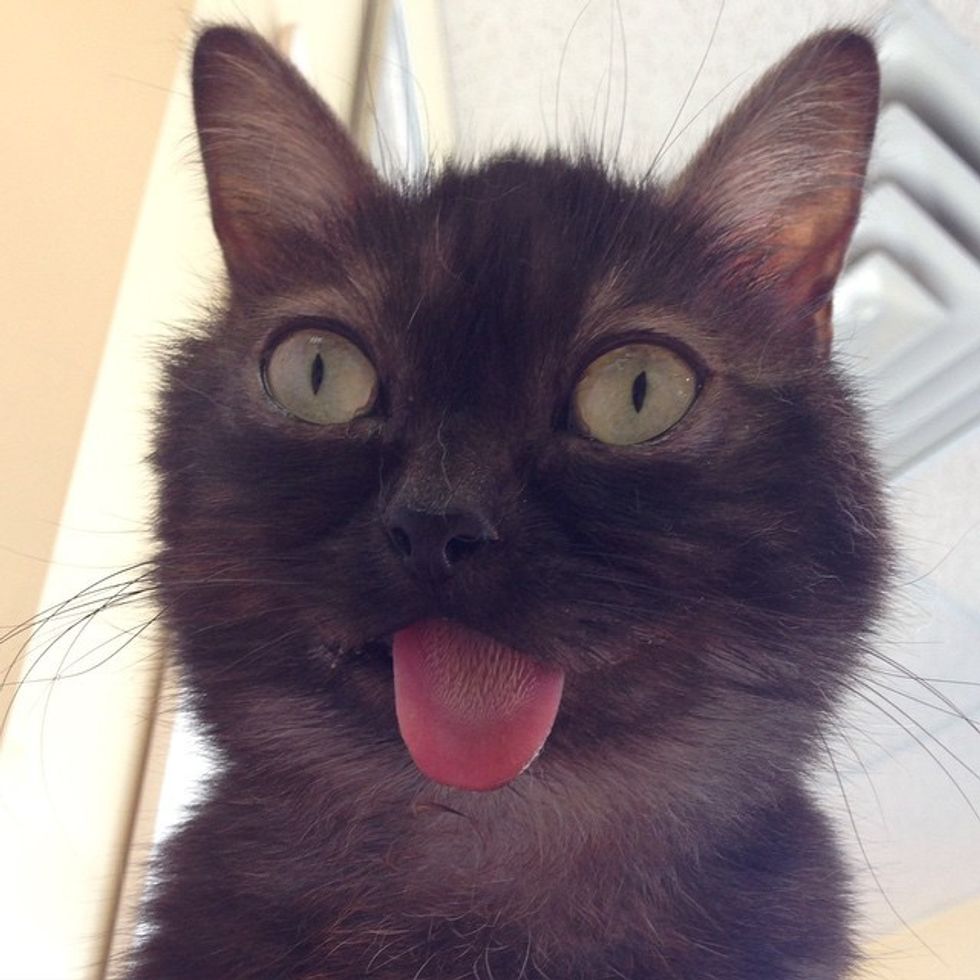 He is quite the character and never fails to put a smile on people's faces. 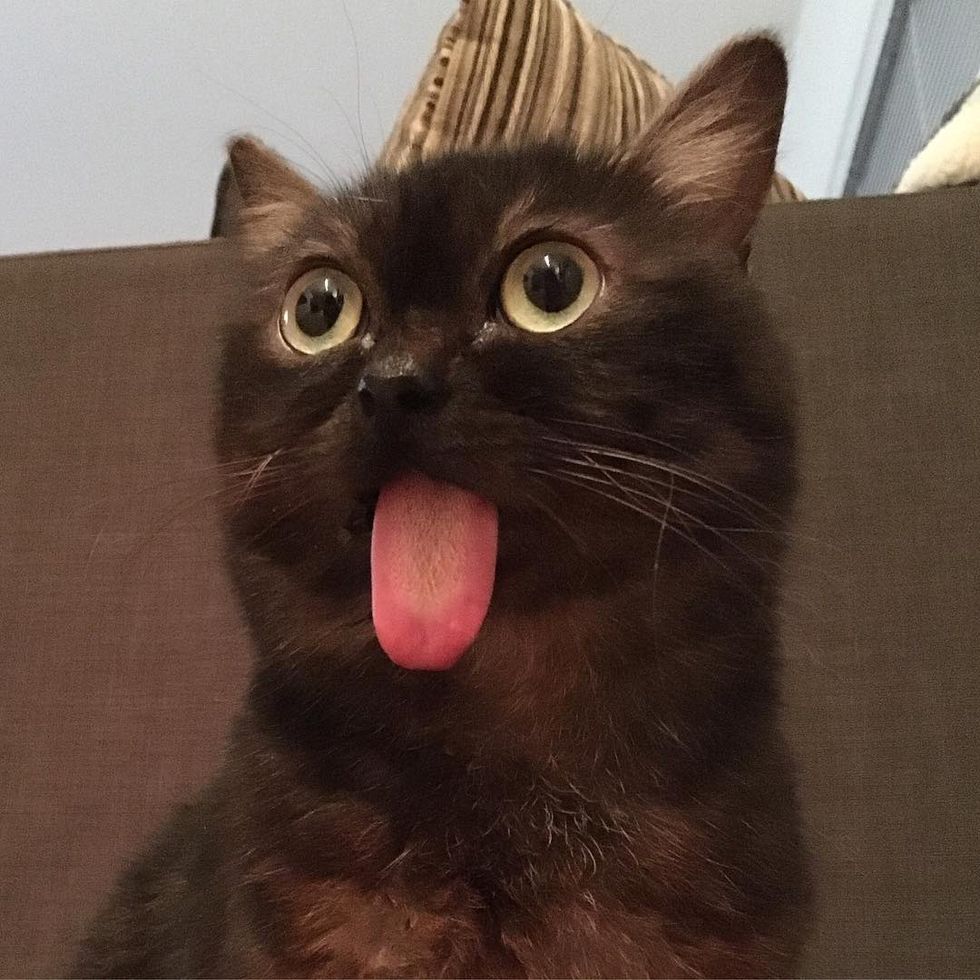 This is what his humans wake up to in the morning. :)

A wonderful way to start the day! 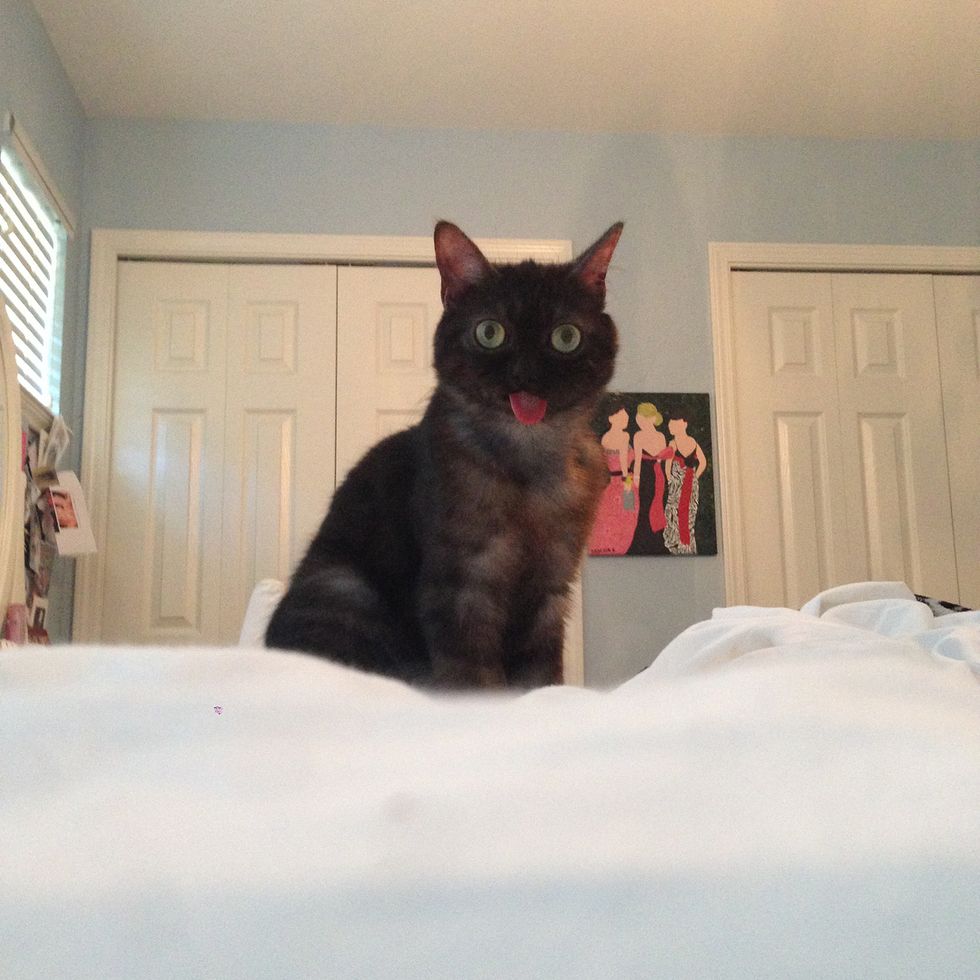 He was born with a perpetual silly, mischievous face -- more to love! 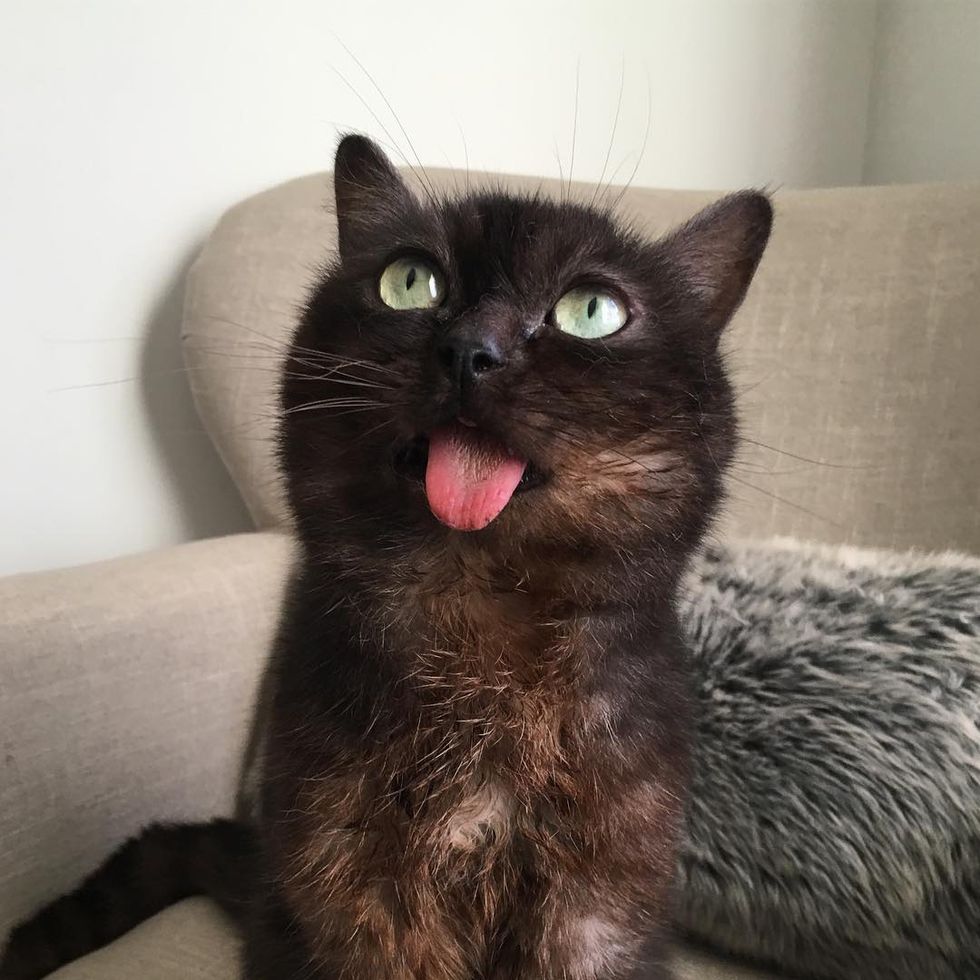 When Mr. Magoo wants something, he gets it! 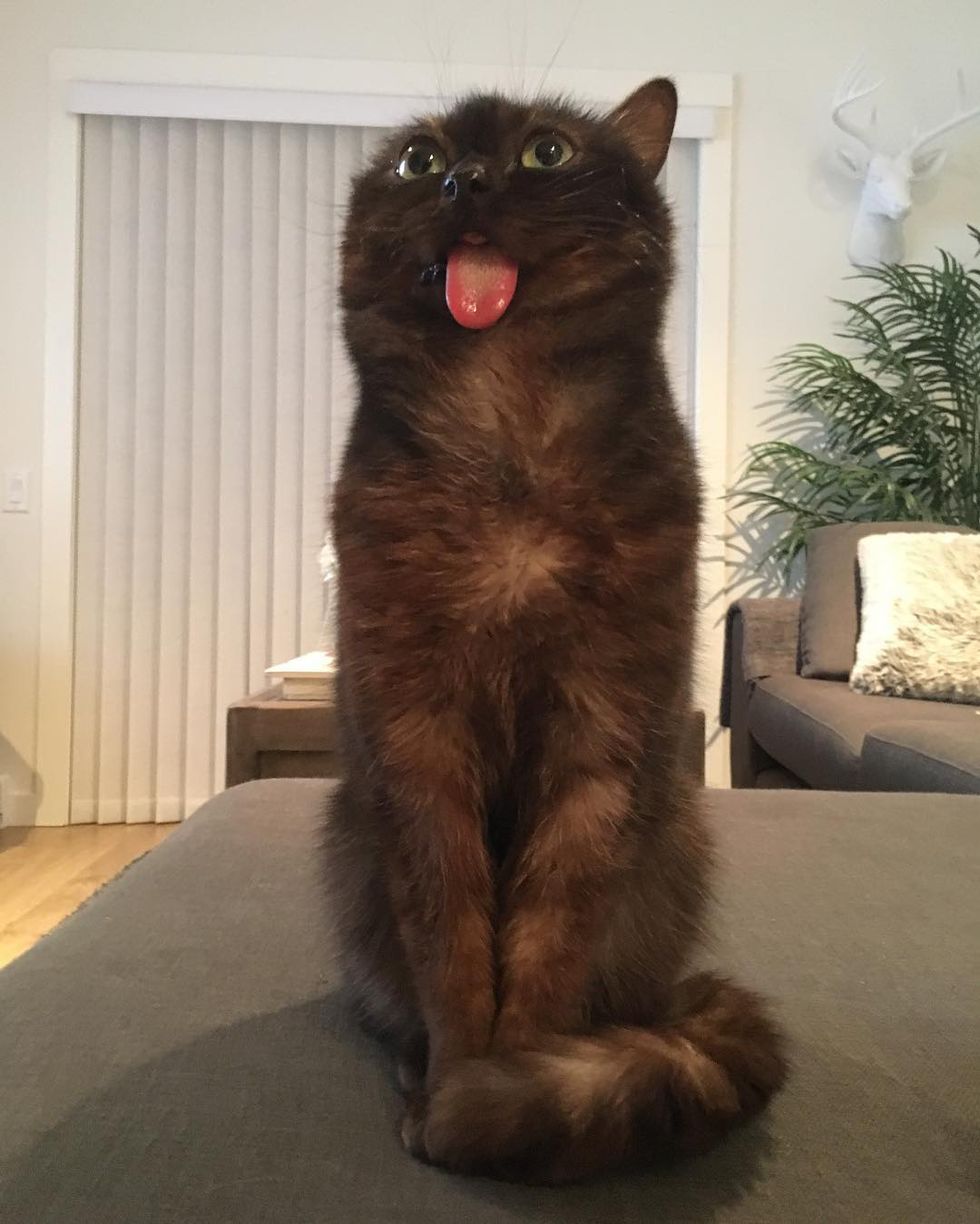 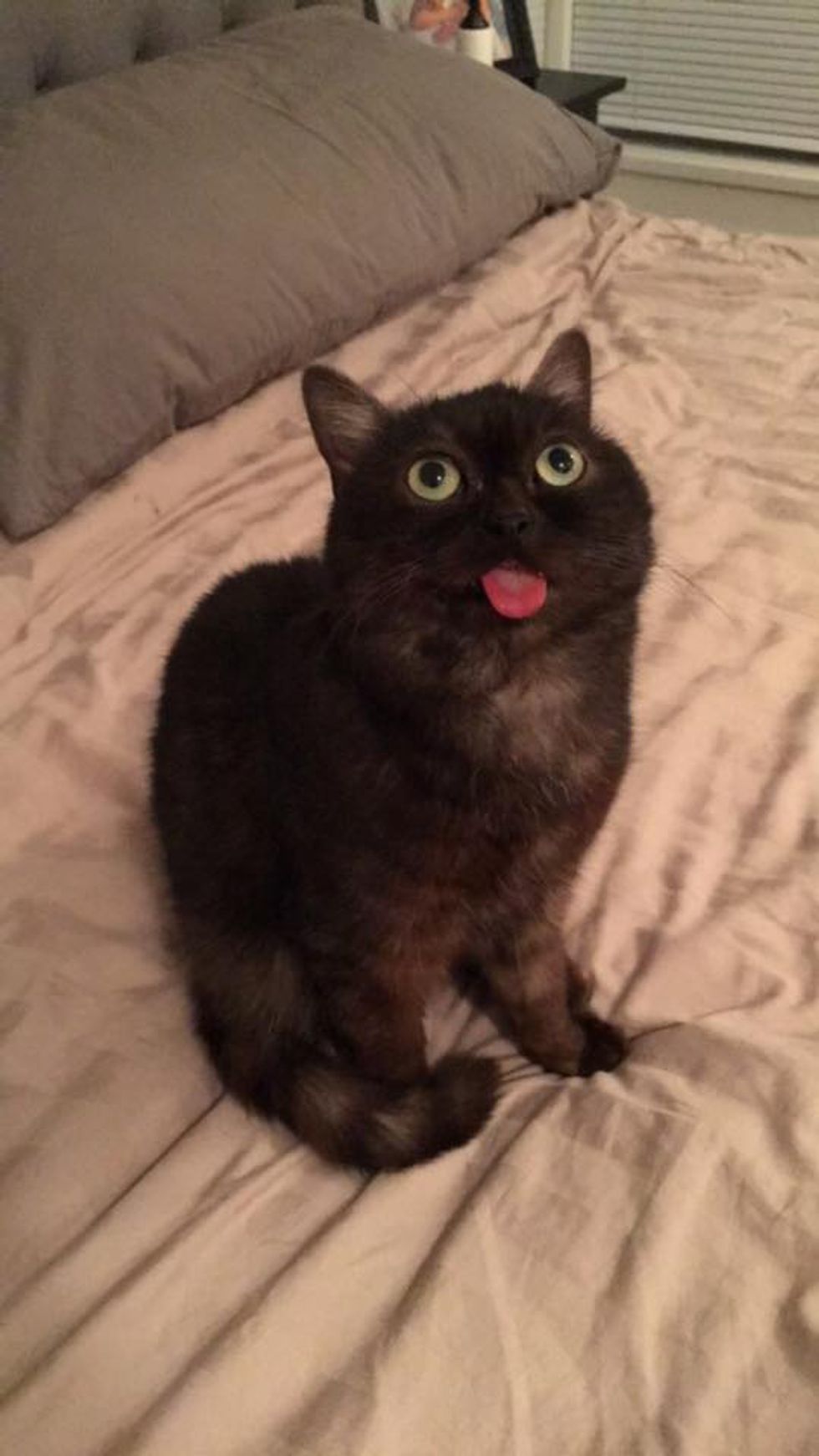 "Even though he has this disability, it never seems to slow him down," Natalie said.

"When I first met Magoo I thought that he needed me, but in reality I was the one who needed him, he has changed my life forever." 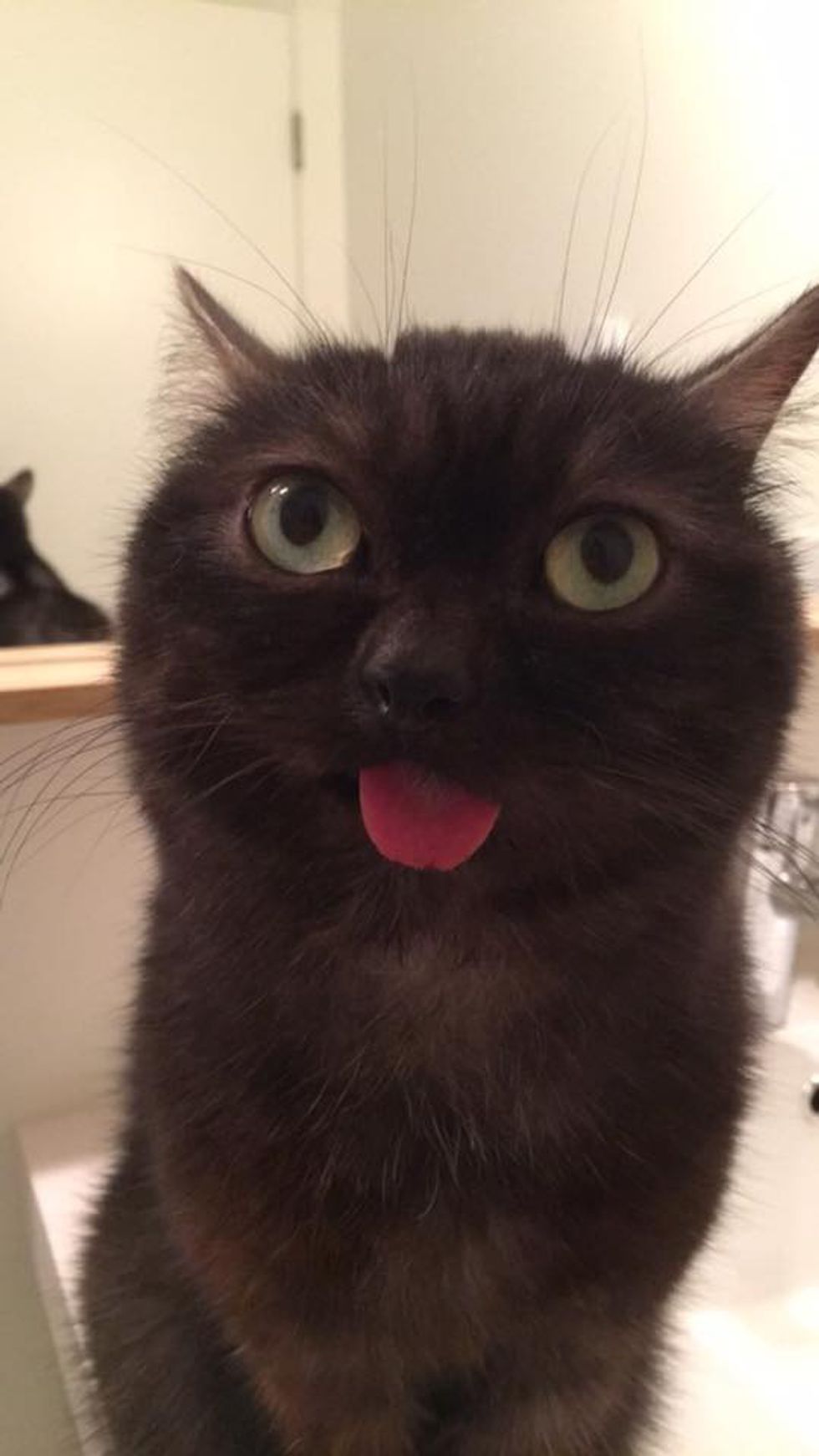 He loves his food :)