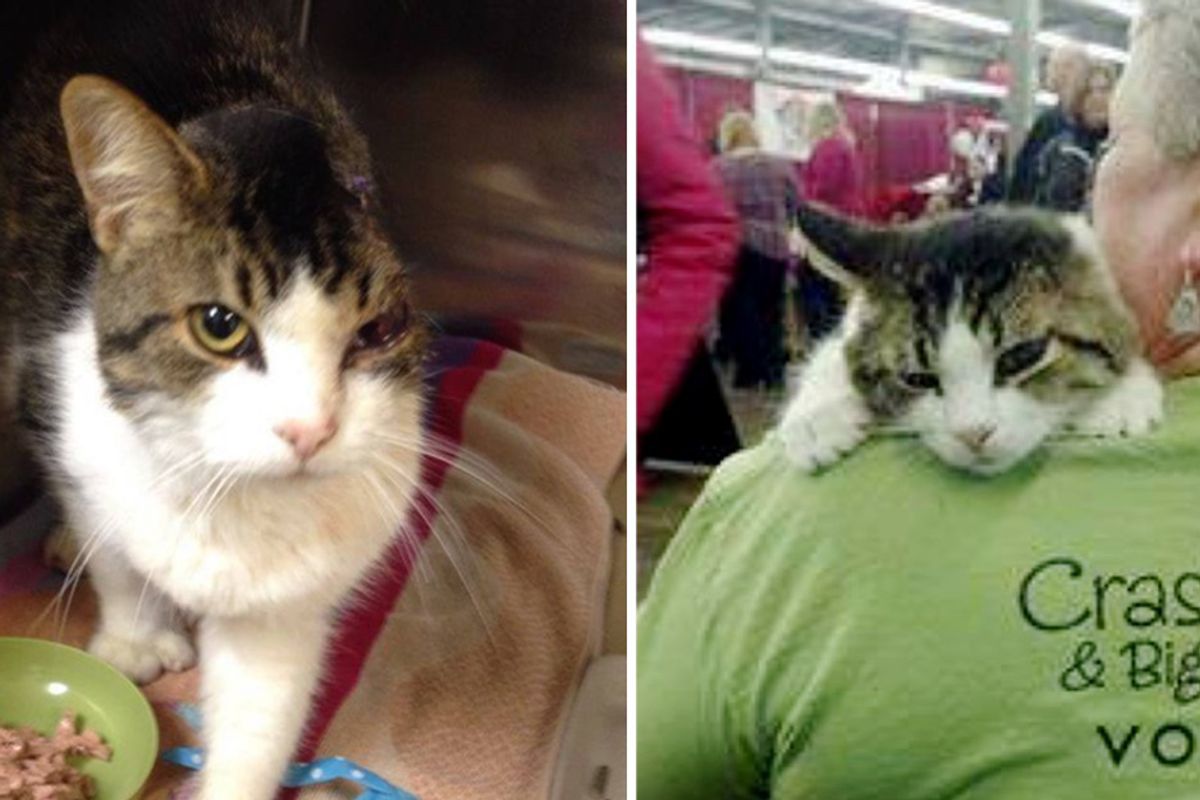 Woman Saves Cat Missing Part of His Face and Helps Him Get His Smile Back...

It was a very cold day in November, 2013 when a Good Samaritan spotted a cat hiding out under her deck. She tried to coax him out but the kitty wouldn't budge. 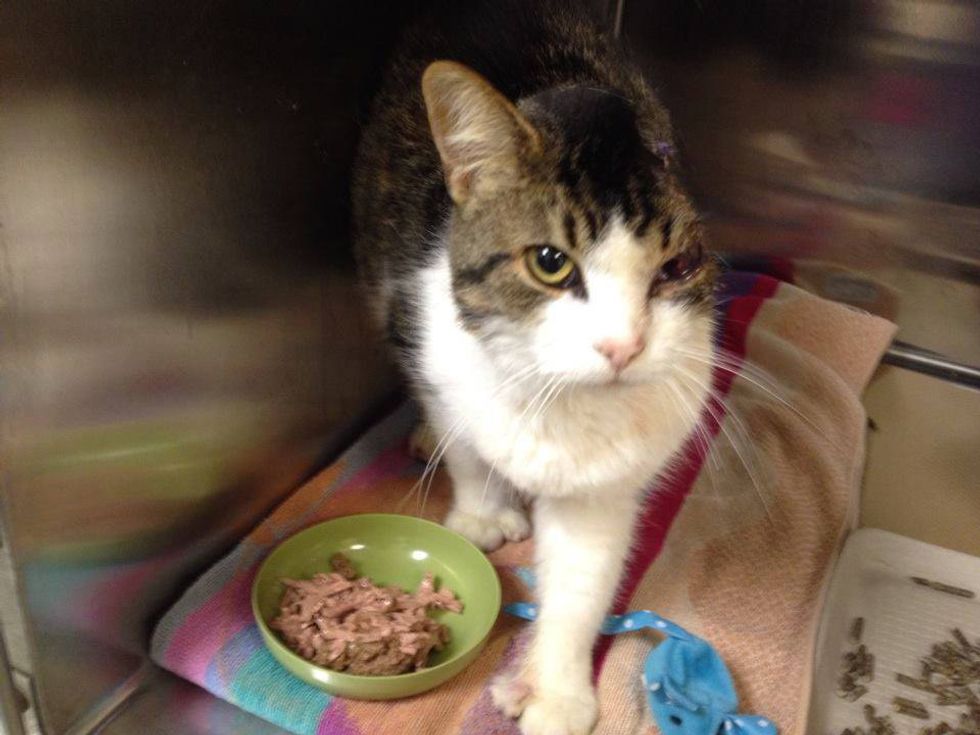 After a lot of effort, she managed to get him out but was shocked by what she saw—the kitty was missing part of his face.

She brought the cat to Crash's Landing, a rescue group in Grand Rapids, Michigan to get him the help he desperately needed. From the moment he arrived at the shelter, this miraculous cat switched on his purr motor and wouldn't stop purring as his rescuers tended to his injuries.

Part of his face (including his left ear) was missing and his left eye had lost its vision. "Van Gogh had most likely crawled up into a car engine to escape the bitter cold, only to end up with a good chunk of his face missing," Sarah Klawiter of Crash's Landing told Love Meow. 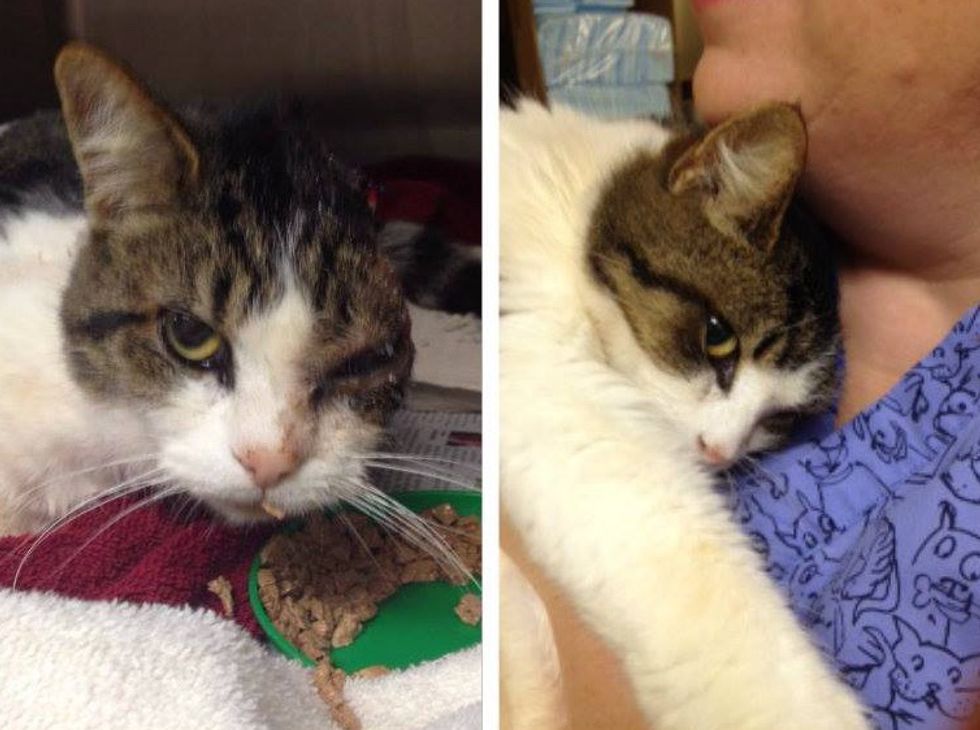 Dr. Jen Denyes patched him up the best she could through surgery and spent the next three months caring for Van Gogh around the clock. It was a very slow healing process, but the miracle kitty triumphed over adversity.

"Progress was made, and right before my eyes I watched a transformation take place that few thought would ever be possible," Dr. Jen said. 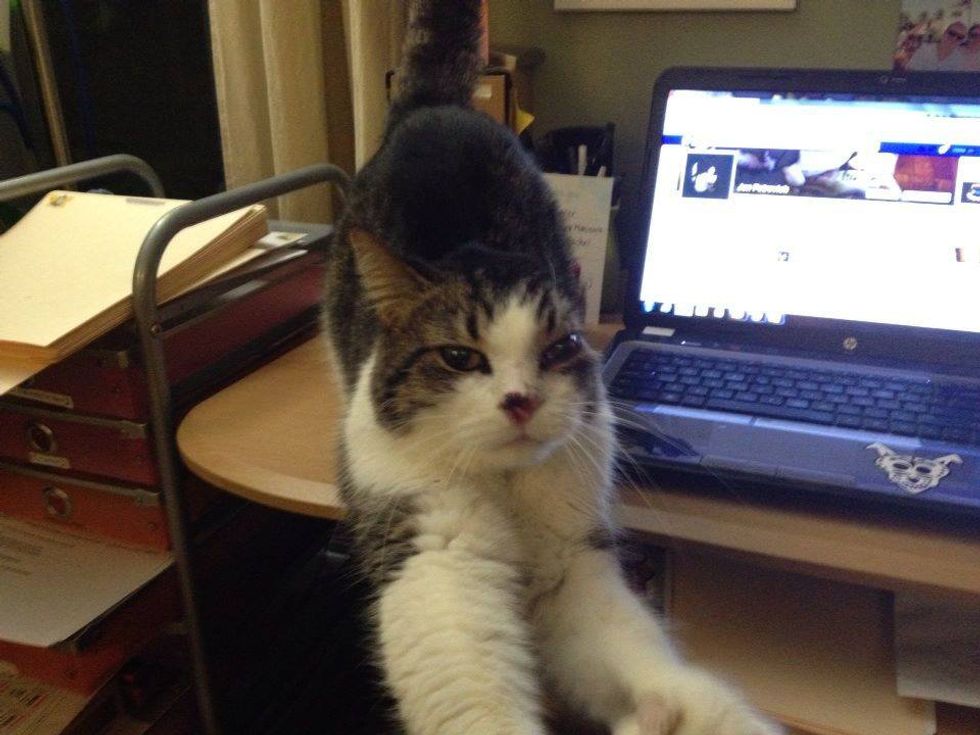 "With true Van Gogh style, he beat the odds, kicked some major butt and came out on top of the world. He is an infectiously alluring individual that will leave a lasting impression on you, even if you only spend a few minutes in his presence."

When the kitty was well enough to return to the shelter, he began to blossom. 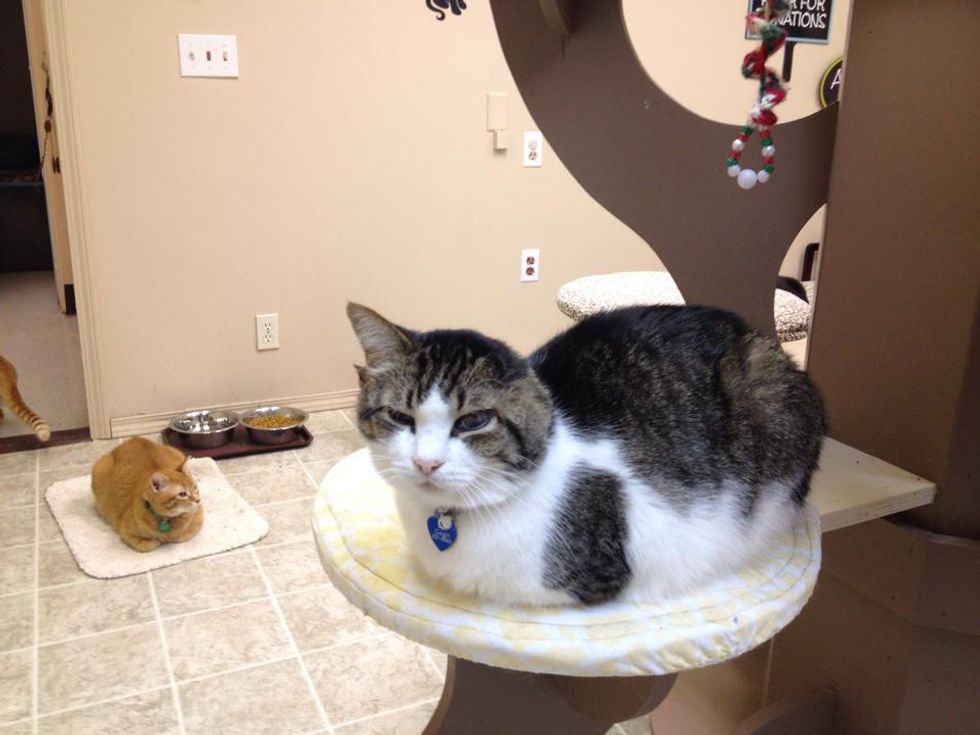 "Van Gogh is so social and outgoing that he immediately thrived in our no-cage shelter," Sarah told Love Meow.

"He always loves snuggling up to another cat in a warm bed, 'helping' volunteers with their tasks, and showing off his amazing personality to everyone who visits." 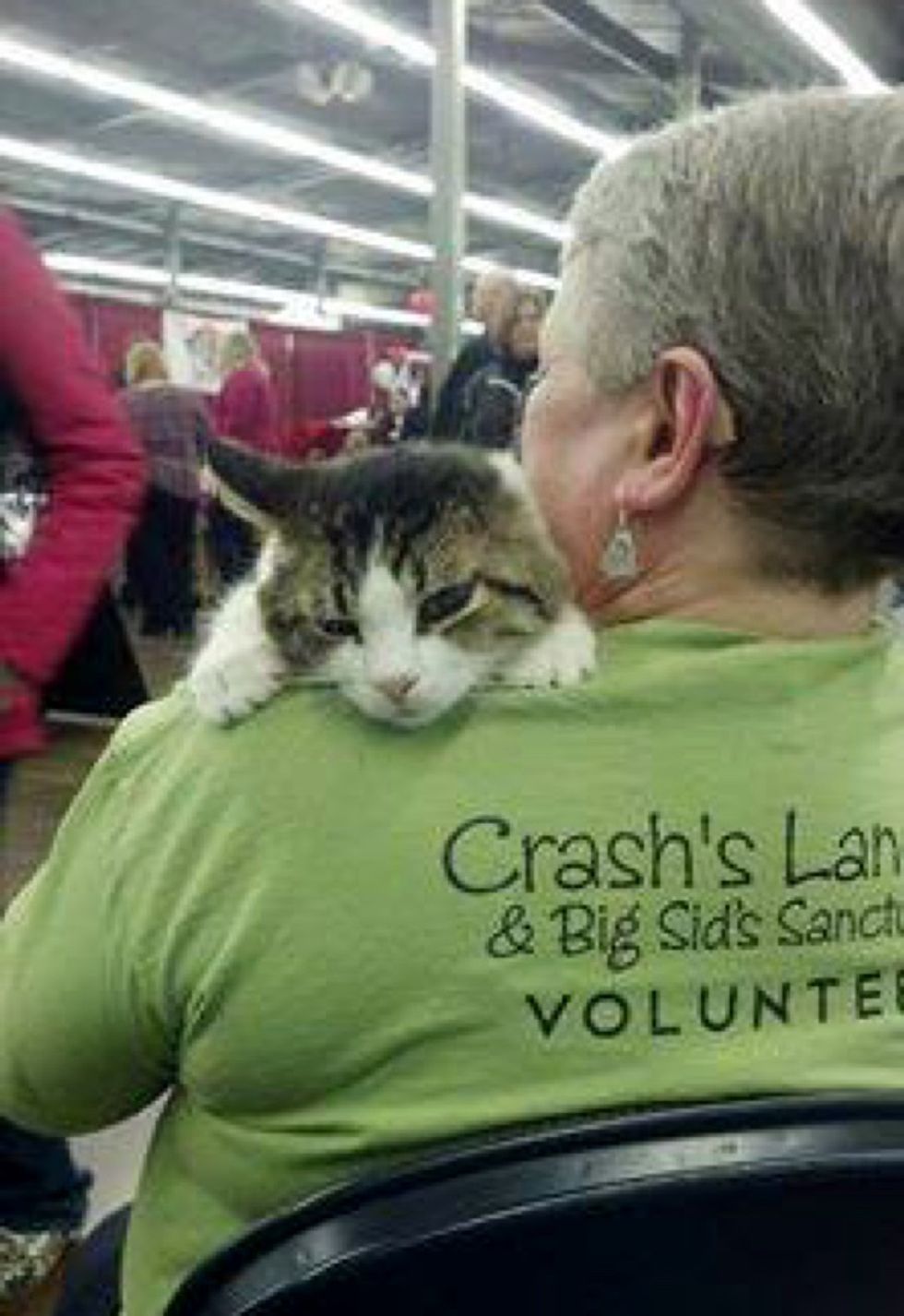 The sweet polydactyl (he has thumbs) lived at Crash's Landing until early spring 2017.

"Volunteer Brenda and her daughters decided they couldn't live without him. They convinced Dr. Jen that Van Gogh was meant to be a part of their family." 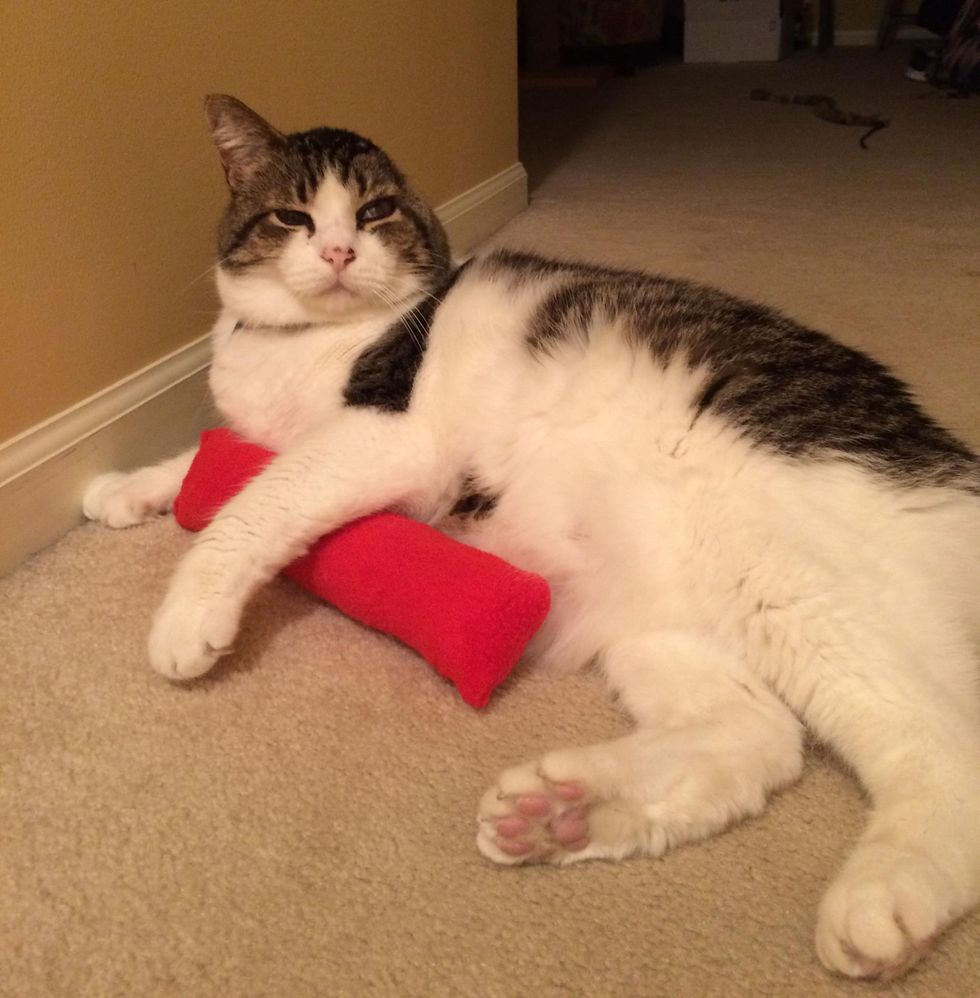 "Van Gogh talks a lot, hangs out near us, cuddles every chance he gets, and sleeps on the bed with us at night," Brenda told Love Meow.

He's an affectionate lovebug, cuddler not only to his humans but other cats too. 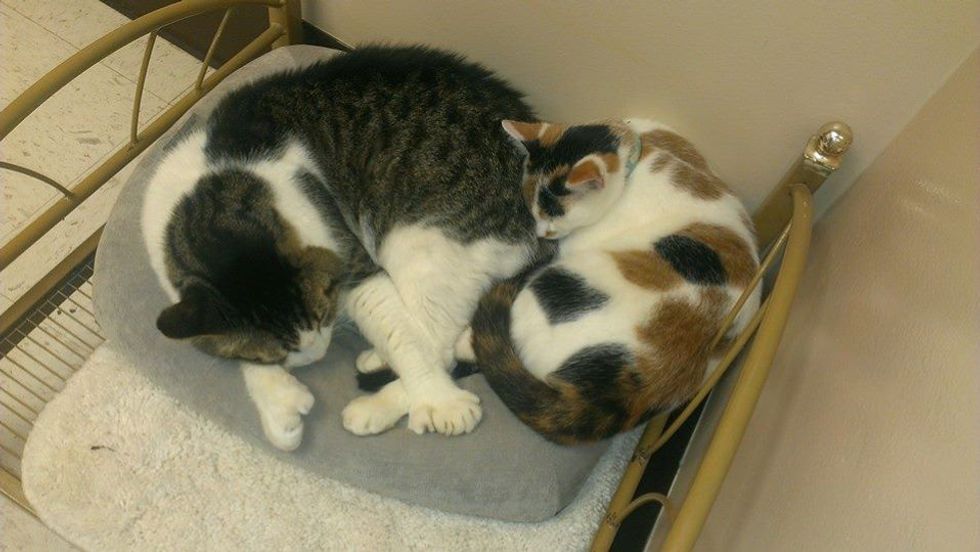 "He's such a special cat… and has acquired lots of affectionate nicknames in the short time he has been with us including Man Gogh, Little Man, Mandolin, Go-Go, Mitten Man (given his polydactyl paws), Friendly, etc."

Van Gogh naps in his favorite bed, kneading away with those big paws. 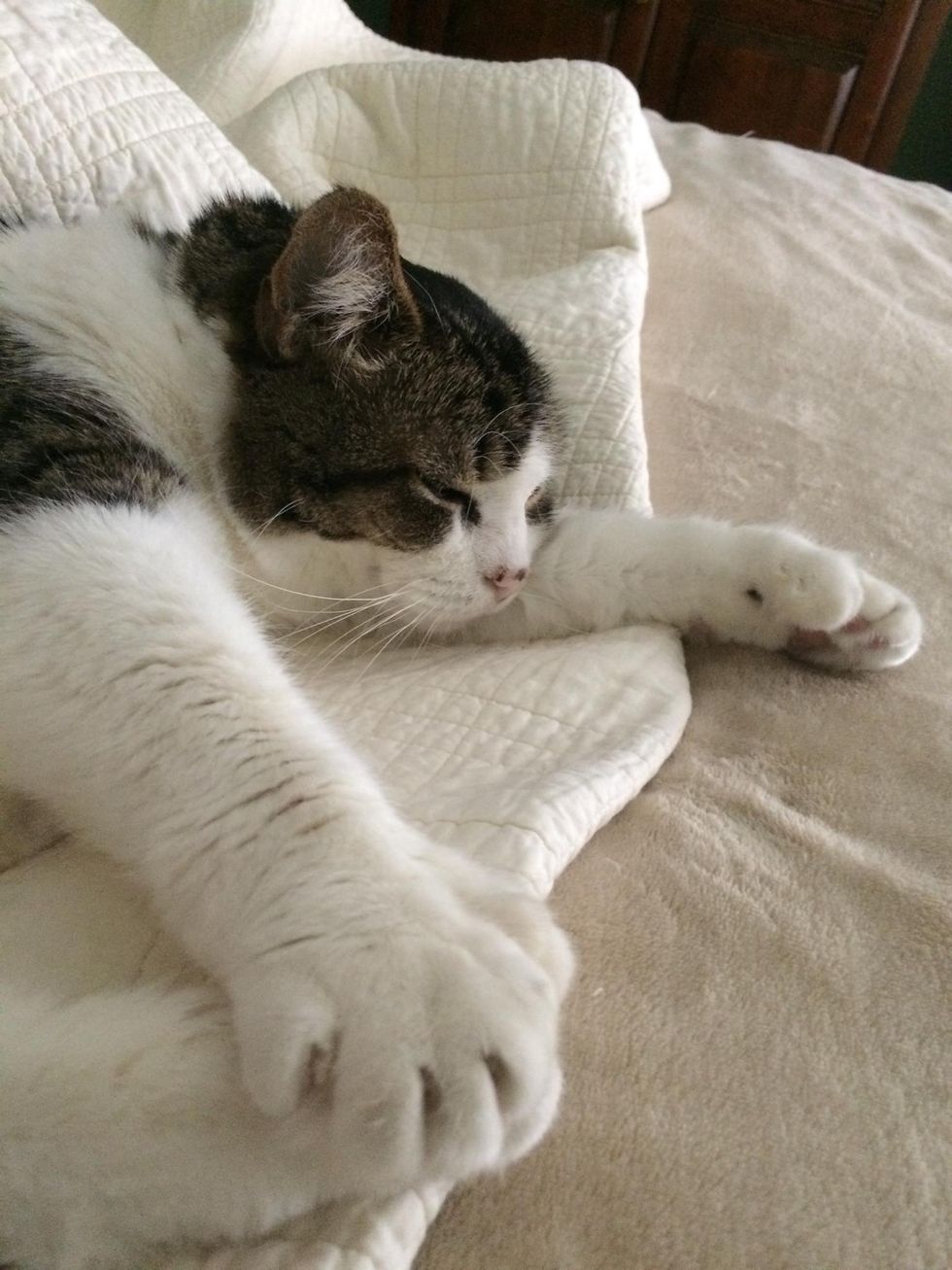 Three and a half years ago, Van Gogh was fighting for his life. His rescuers fought alongside him and brought him back from the brink. "To see an animal not only persevere and triumph over such outrageous obstacles, but to thrive, is nothing short of astonishing. Van Gogh is that...and so much more," Dr. Jen said.

Now the happy-go-lucky boy is lounging in his very own chair at his new home with a big smile on his face. He doesn't care that he's missing an ear and part of his face.

Van Gogh is the happiest he's ever been! 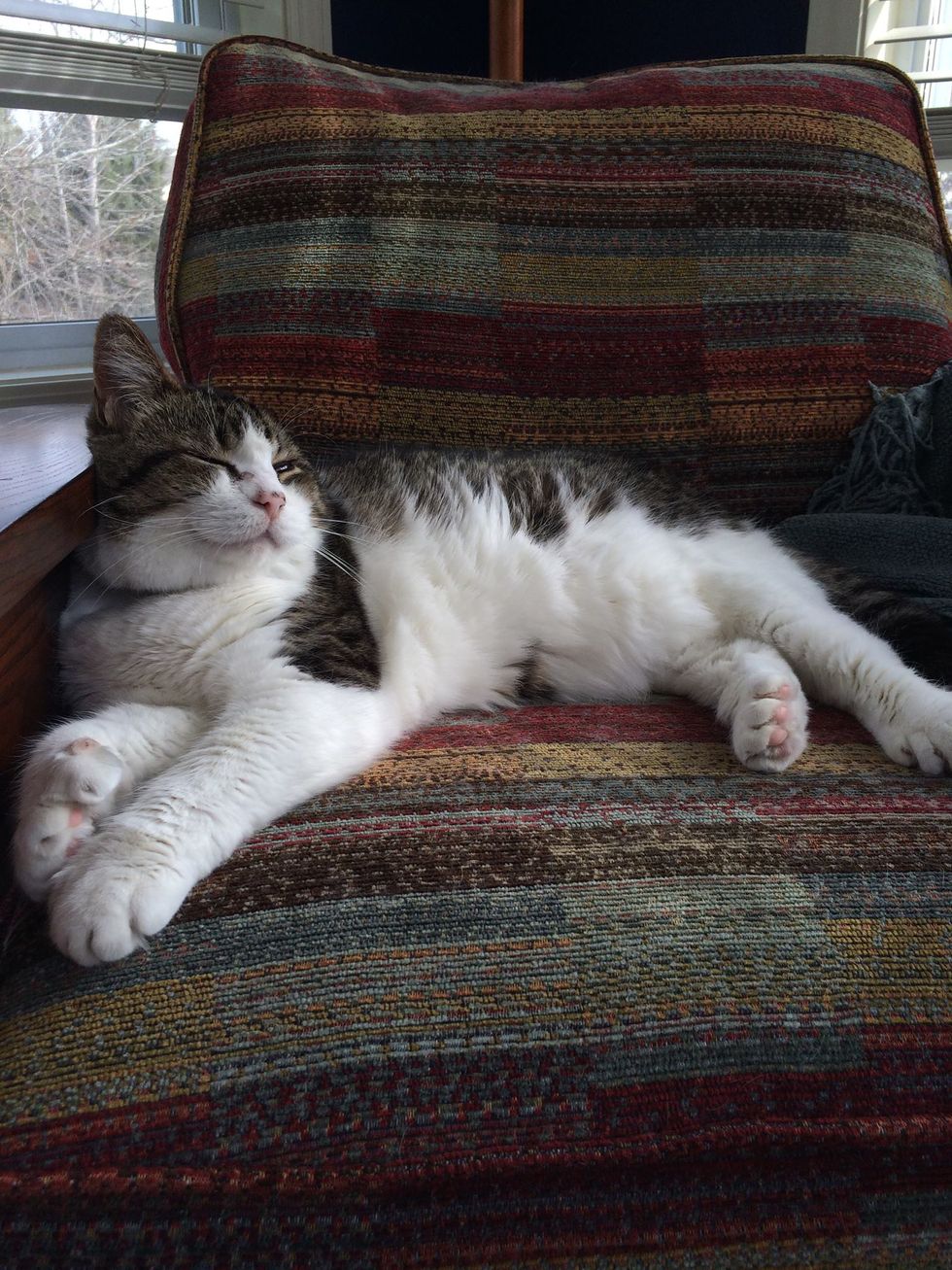