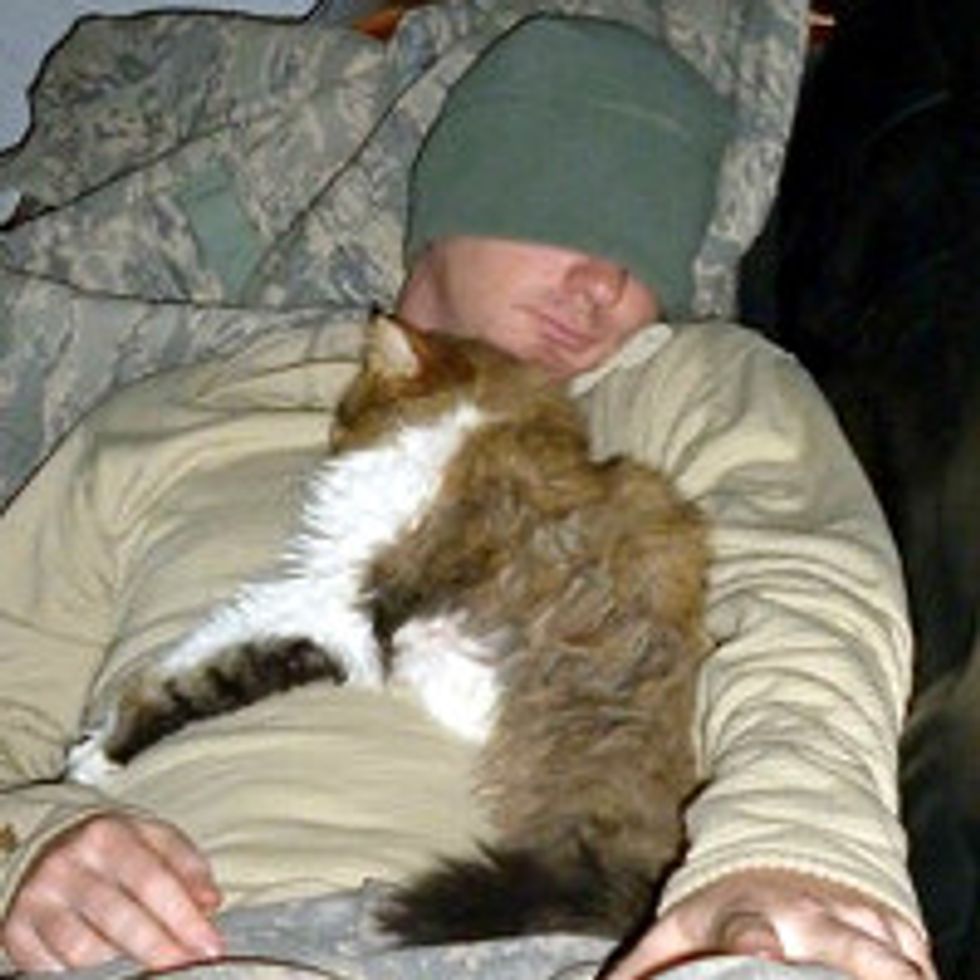 Story Behind the Photo of Kitty Adopted by Soldiers in Kuwait

Kevin Davidson, a US soldier Pfc. shared a photo of him and their adopted cat in Kuwait on reddit. It went viral. He explained the story behind the photo:

"His name is PFC Bartholomew. I did not find him. I support another unit and their Lieutenant found him on Christmas Eve and realized how much the soldiers would love having a cat," Kevin wrote on reddit. "Despite the fact that 'adopting as pets or mascots, caring for, or feeding any type of domestic or wild animals' is a punishable offense under the UCMJ, taking in a furry local is commonly overlooked," Stars and Stripes reported.

"I was sitting in my tent with two of my soldiers and I heard a 'meow.' I went outside and found this cat laying on one of the [temporary barriers]. I picked him up and brought him in our tent to show him to everyone." Later Davidson let the cat out, but the kitty kept coming back inside. "After that, the cat just sort of moved into our tent with us." (via Stars and Stripes)

The troops who found the cat brought him into the base and started giving him food and petting the little feline. "Because the cat was a risk for rabies and disease, the commander of the unit wanted to euthanize the feline. Instead, the company executive officer took the cat to the nearest installation with a veterinarian."

"He took him to a vet and had had him vaccinated, neutered, a chip put in, and his ear notched so people would know he was safe…. He has already obtained 2 confirmed mice kills but the rat has been evading him for a week. I’ve promised him a membership to the Fish of the Month Club if he kills the rat," Davidson added.

It's tough for these soldiers to leave their families and go to an active-duty installation to train. "So this cat was the first thing I could hug or really show any affection to. It was very therapeutic," said Davidson (via Stars and Stripes).

"After seeing how he raised my morale and the morale of my team, I couldn't take him away from all those soldiers still [based] there. After having a cat for a few weeks, I can honestly say that more pets for deployed soldiers would help with the depression and probably cut down on the amount of suicides. I'm not saying I considered suicide while deployed, but I had some dark days missing my wife and kids."

Pfc. Kevin Davidson takes a break with his feline friend who was "adopted" by the soldiers at a U.S. base in Kuwait. 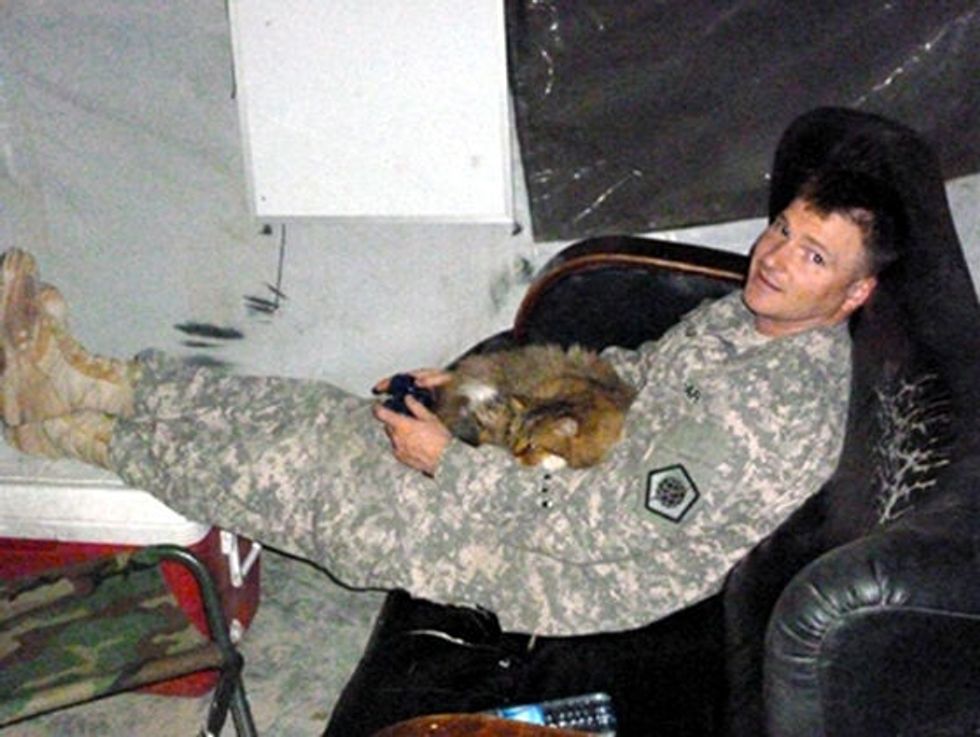 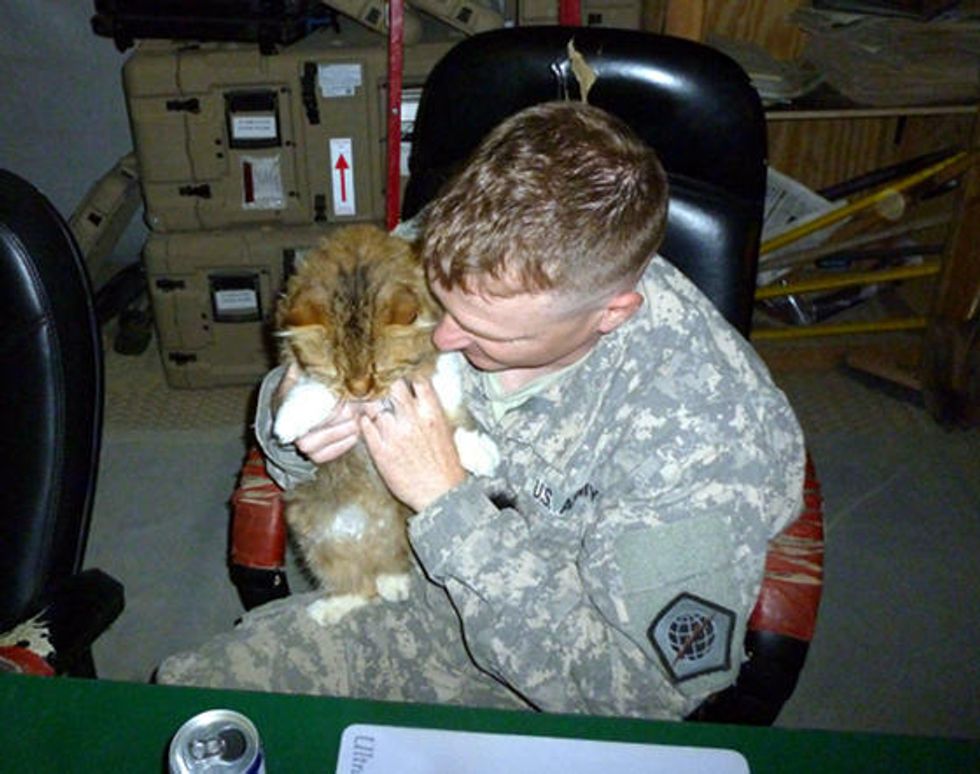 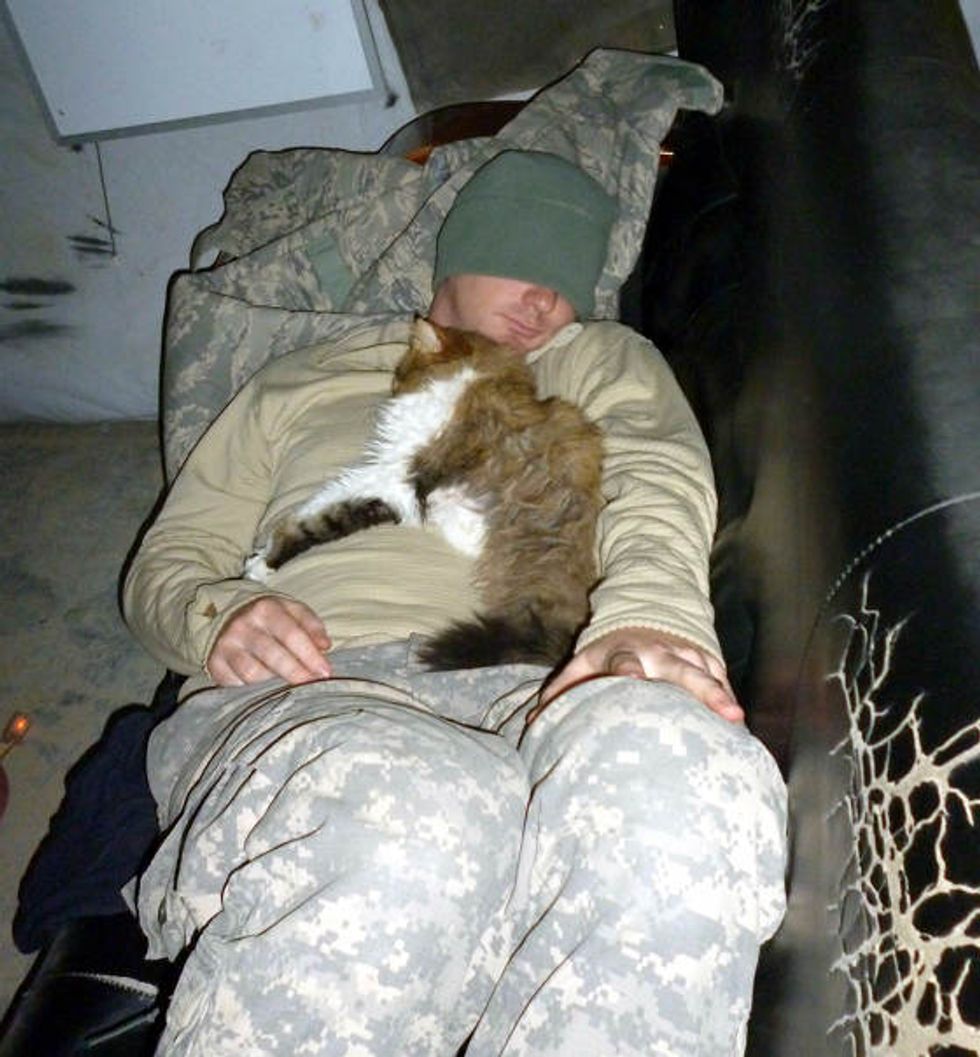