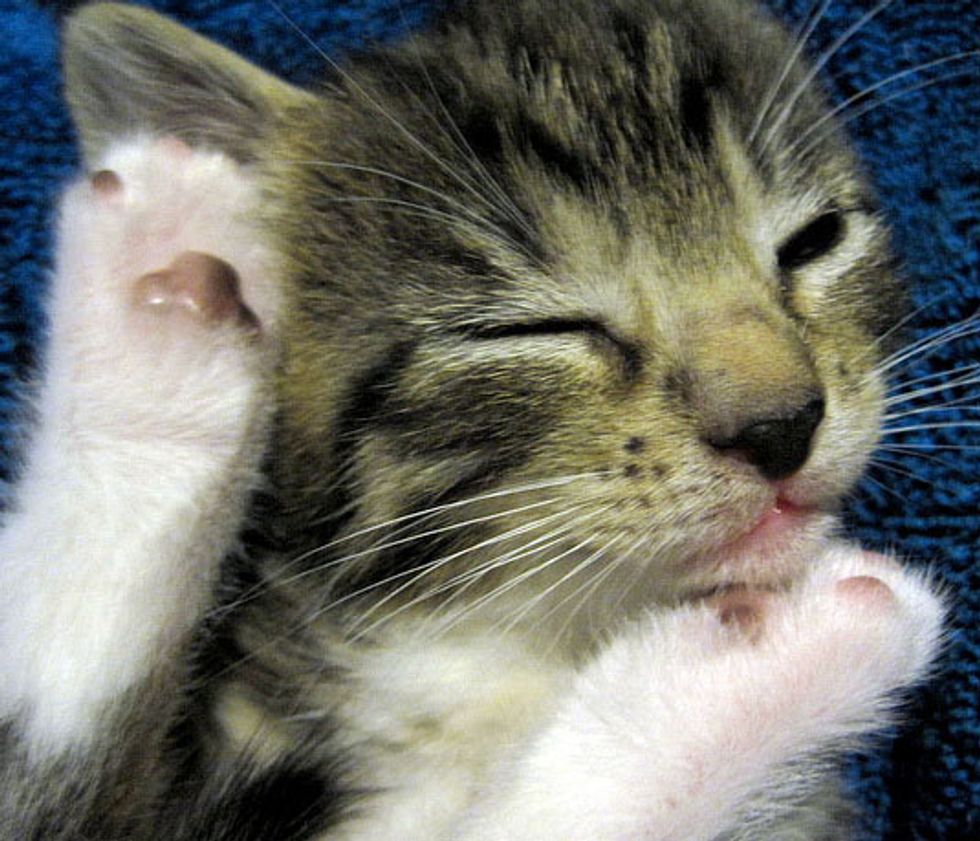 Story of a Rescue Kitty Family 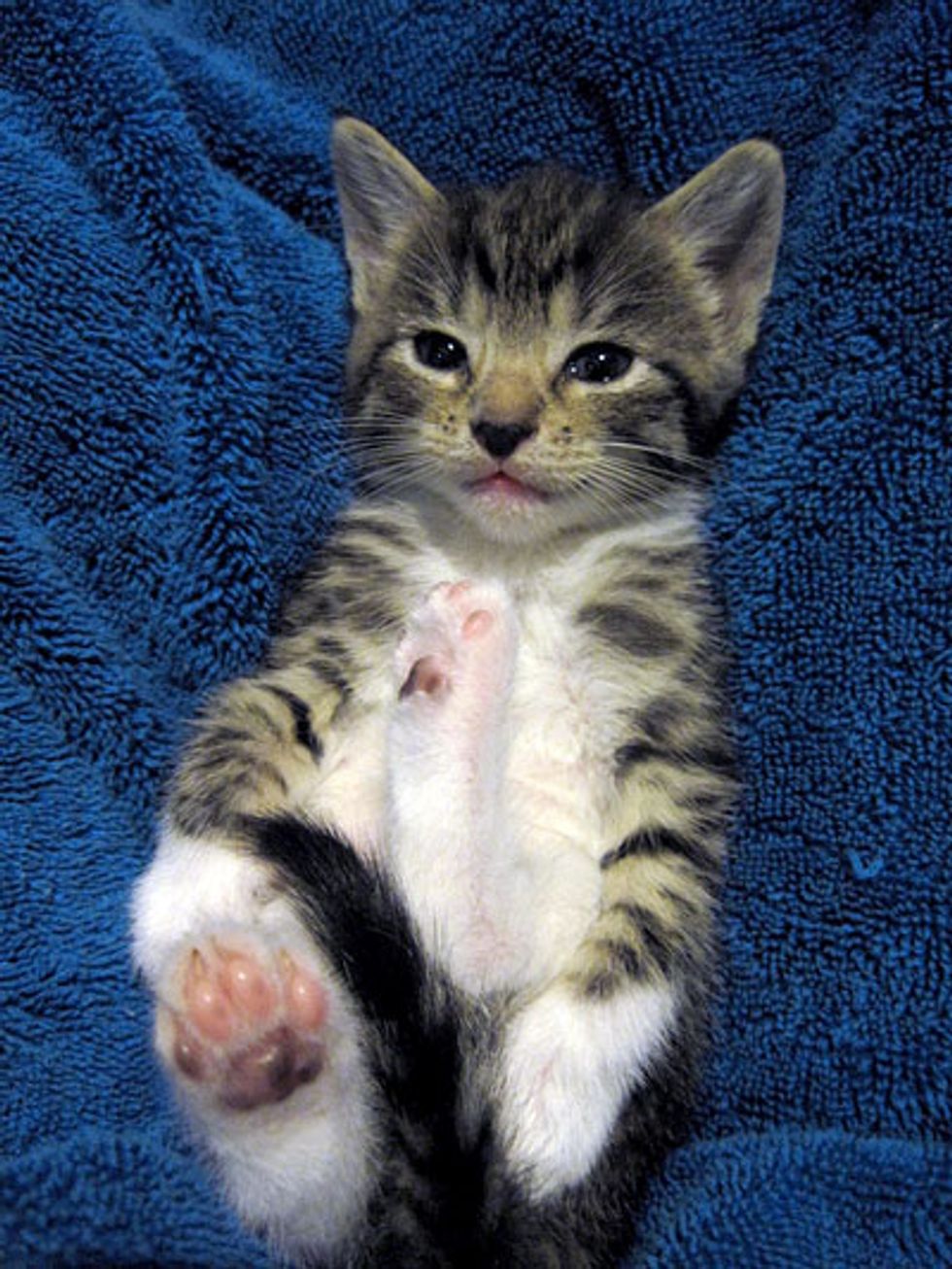 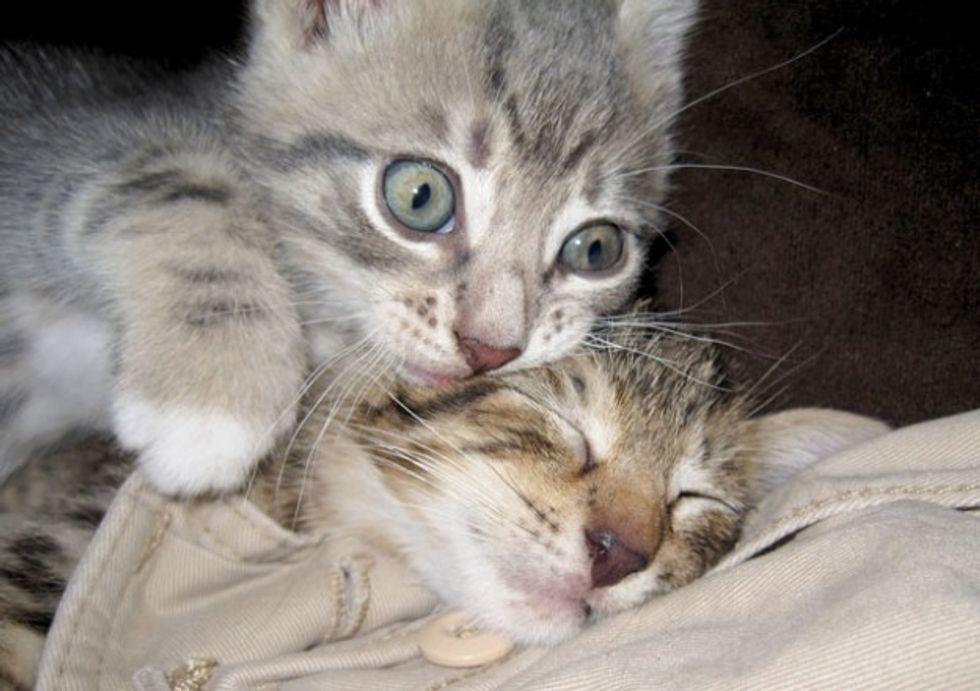 After Vicky's elderly neighbor moved away, she and her family took over the job of caring for the neighborhood stray and feral cats. They got two males and two females neutered and spayed and vaccinated, but they also found out that a female feral was already very pregnant. They waited till the mother gave birth to her litter, then they took in the kittens that were hidden under a neighbor's porch and trapped the mother and brought the entire family into their home.

One of kittens is a polydactyl named Thumbelina who is a little troublemaker. The rest are Wolfman (black), Philosopher (a.k.a. Phil), Ferdinand, and Girlie (a.k.a. Minnie and Mouse, later renamed Fender). Though cat mother was never able to warm up and accept Vicky and her family, she was there the whole time nursing and caring for the kittens in a safe home. The kittens grew leaps and bounds in just a few weeks. "We had all the kittens spayed and neutered before they went to their new homes, and we ended up keeping two of them," said Vicky. They released the feral cat mother after they had her spayed.

Vicky continued to care for the feral cats that come by her house everyday. "They are much friendlier and fatter now, and we have set up outdoor shelters for them. If you are taking care of stray/feral cats, the most important thing you can do is to get them neutered/spayed to prevent unwanted litters from being born. To get started, try contacting a local pet rescue group, they should be able to put you in touch with your local stray/feral cat group, which may conduct free or low-cost spay/neuter clinics." 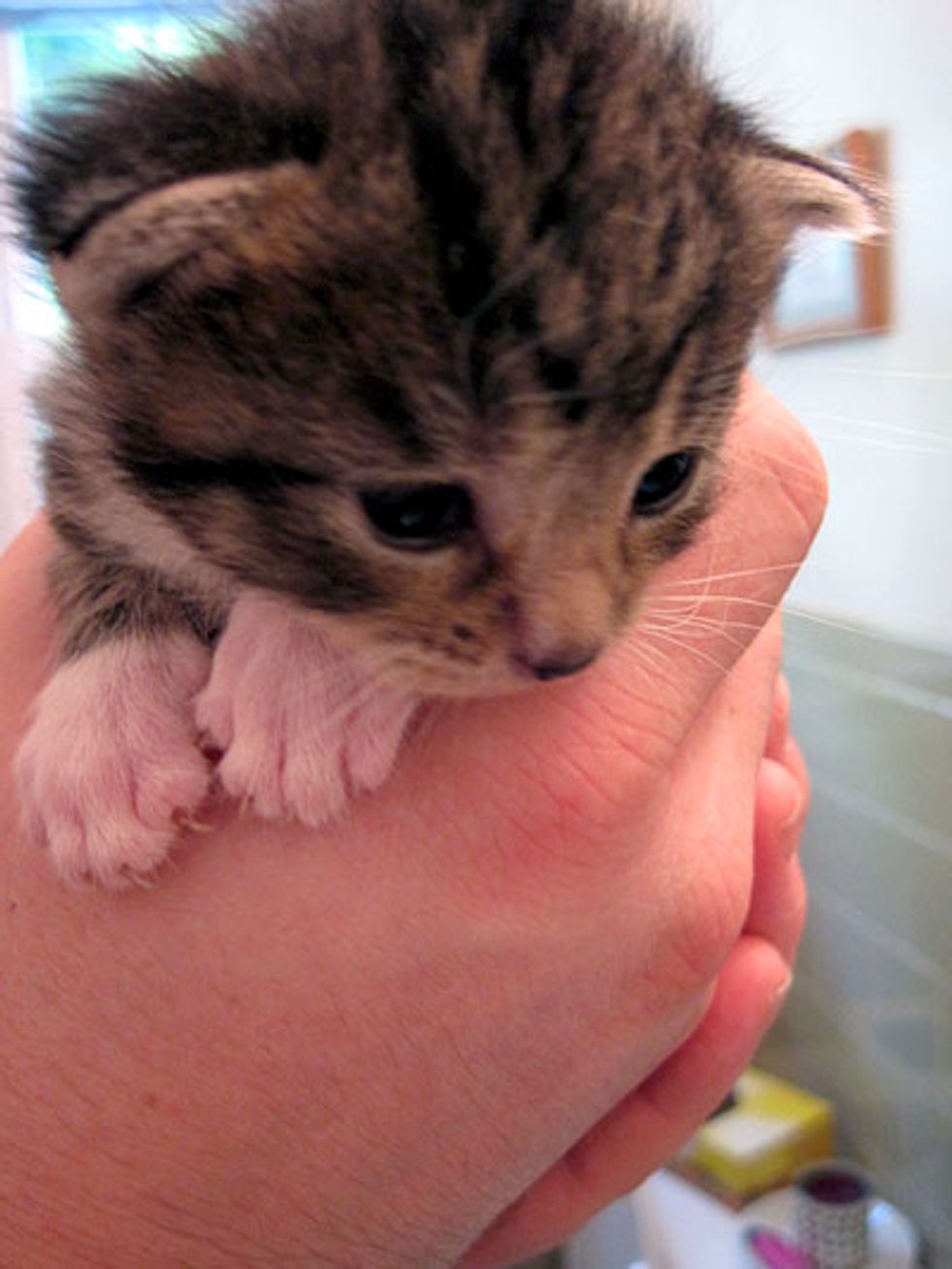 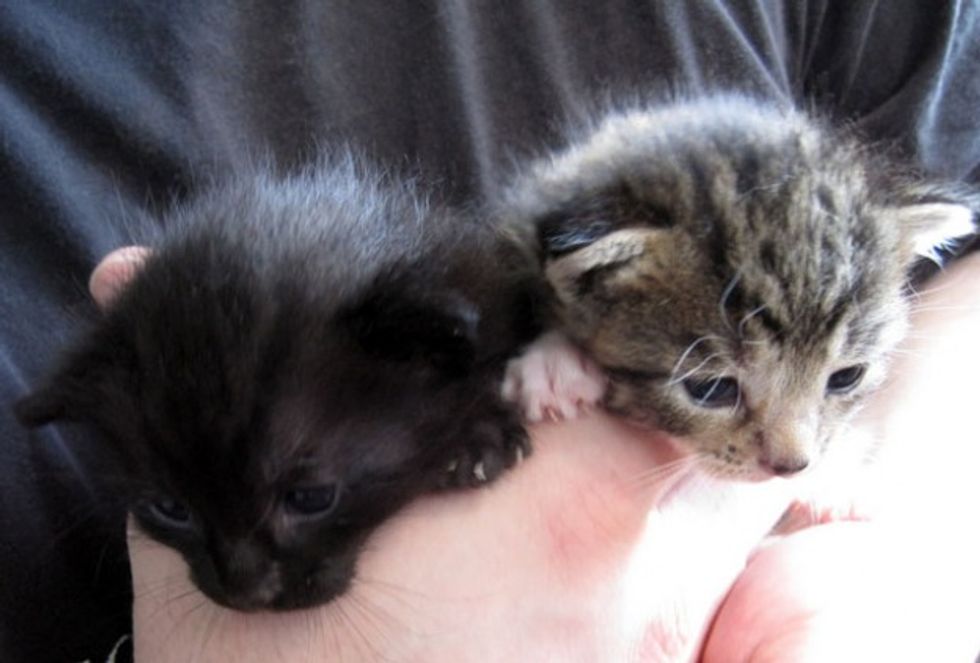 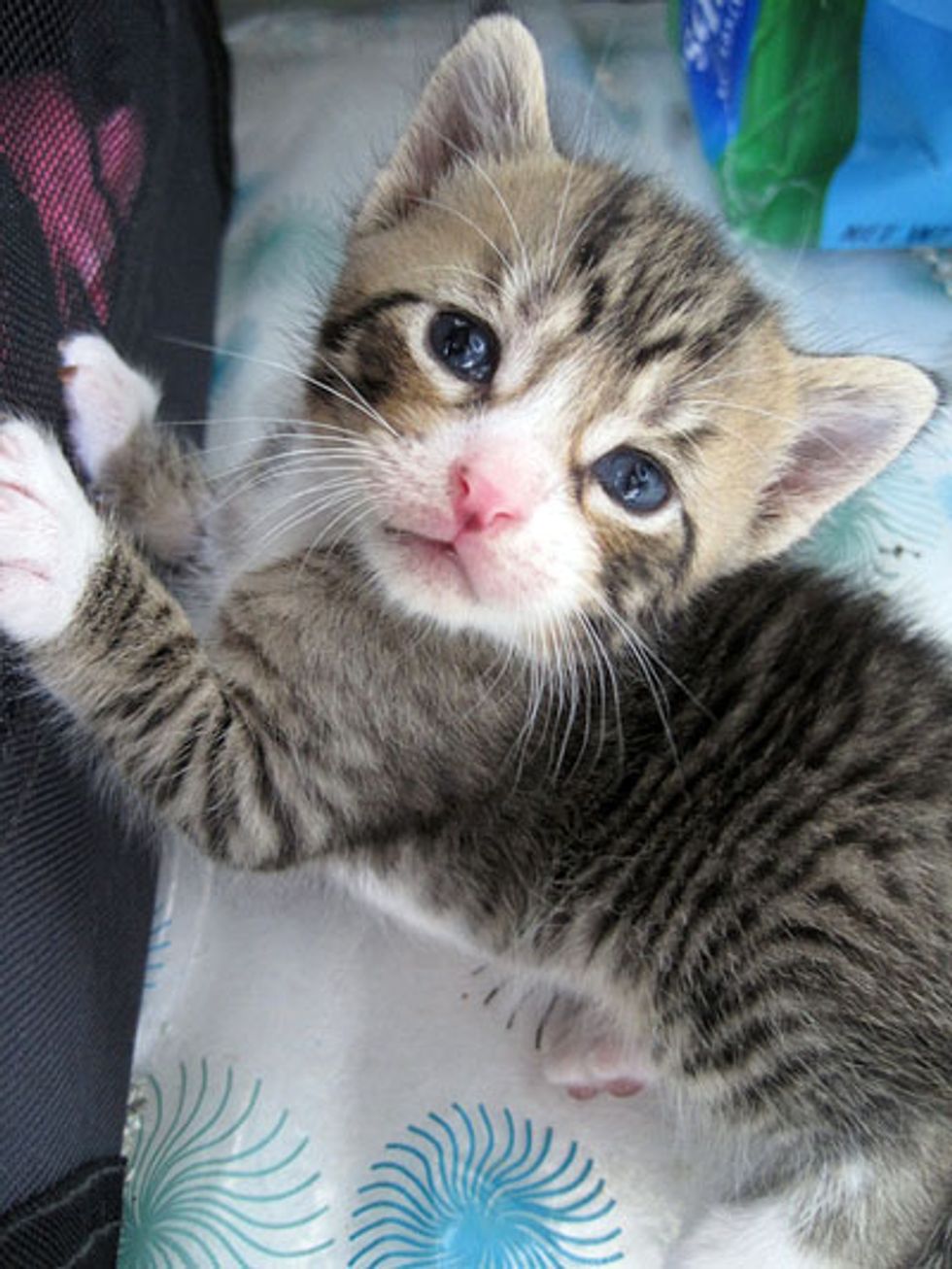 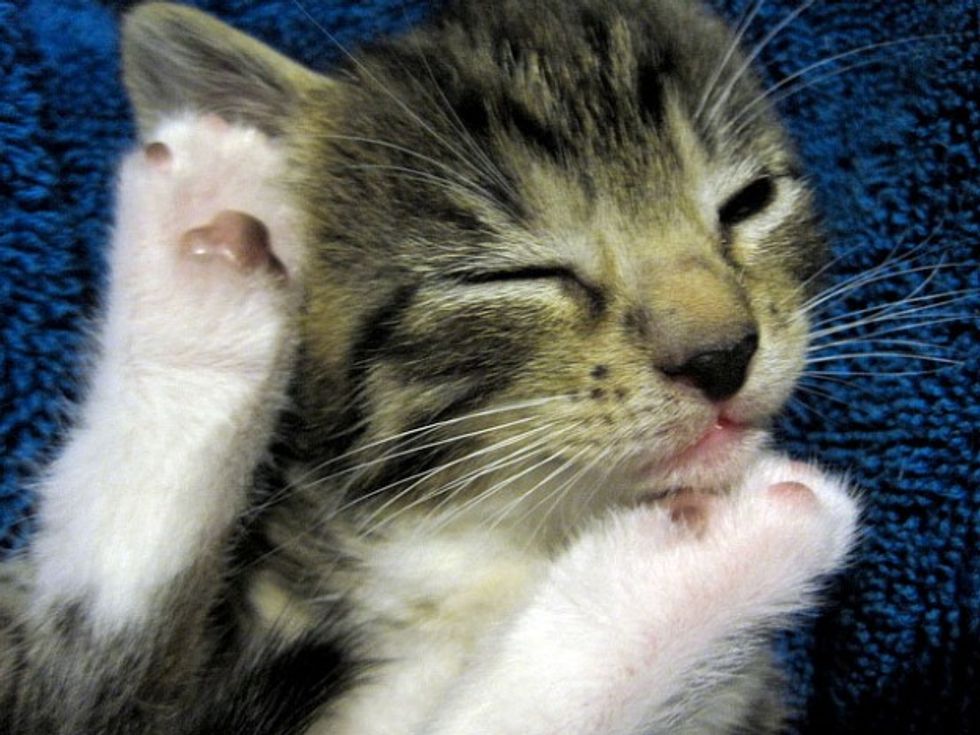 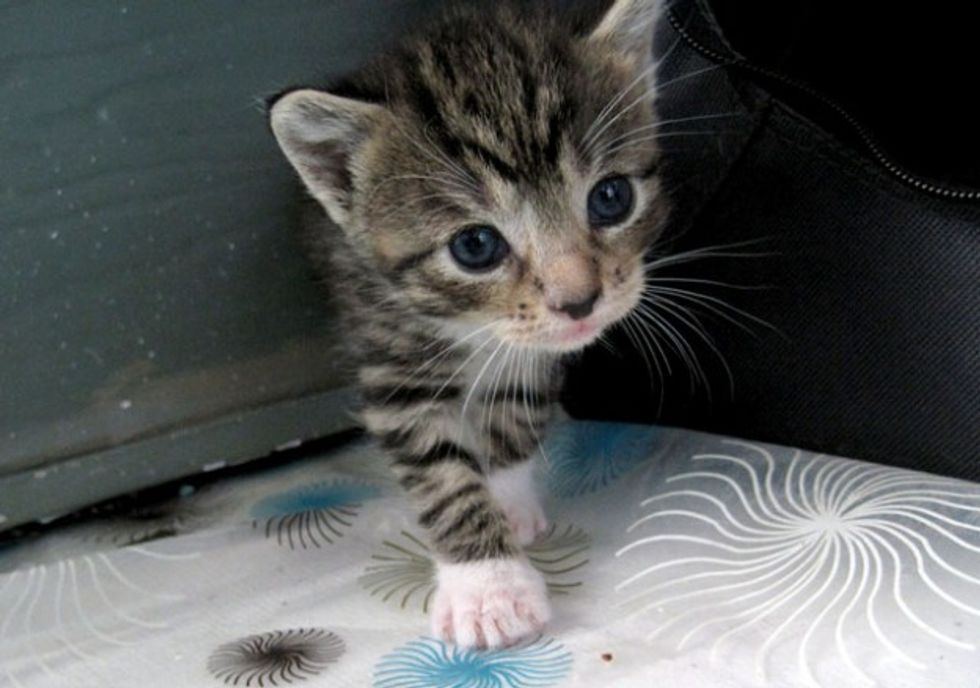 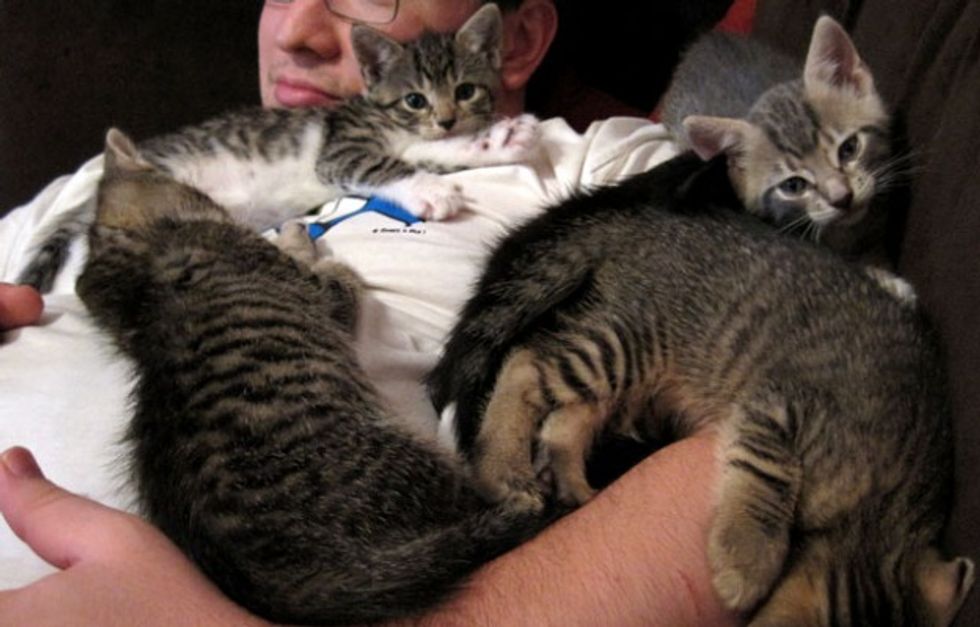 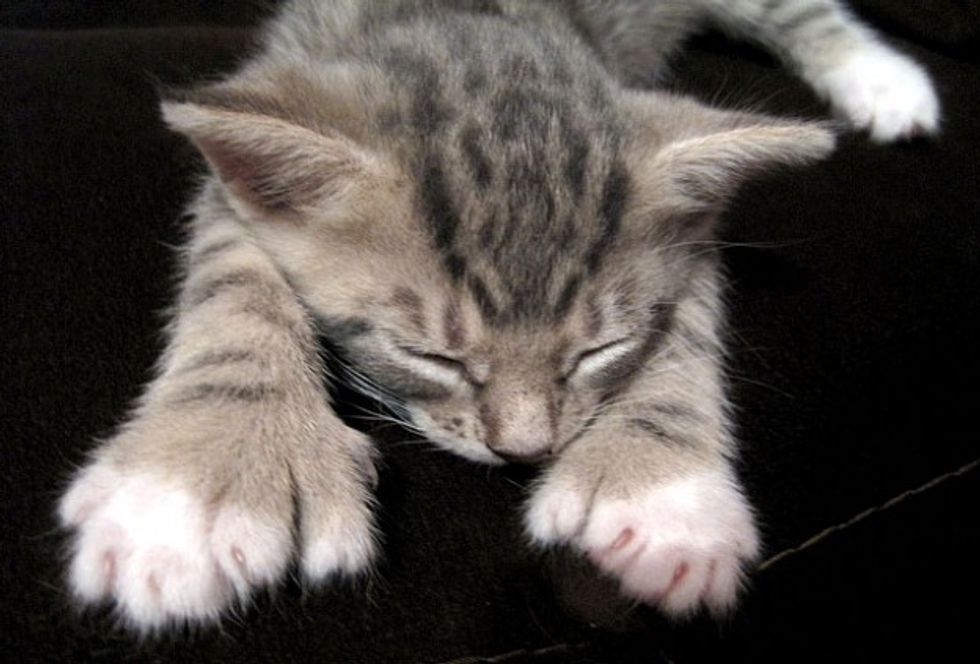 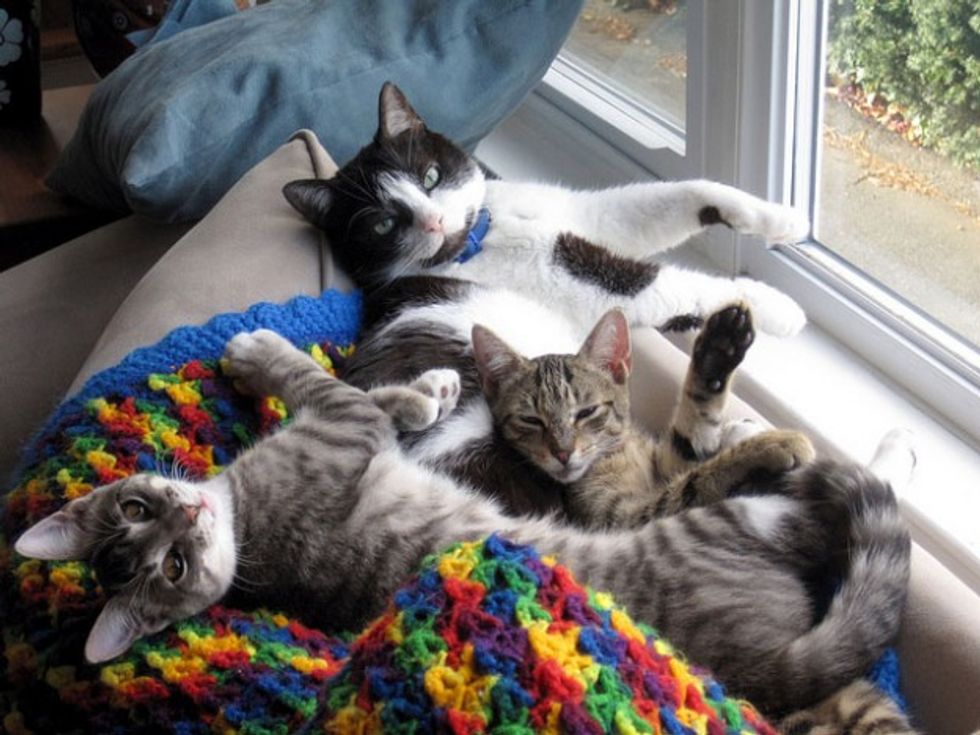