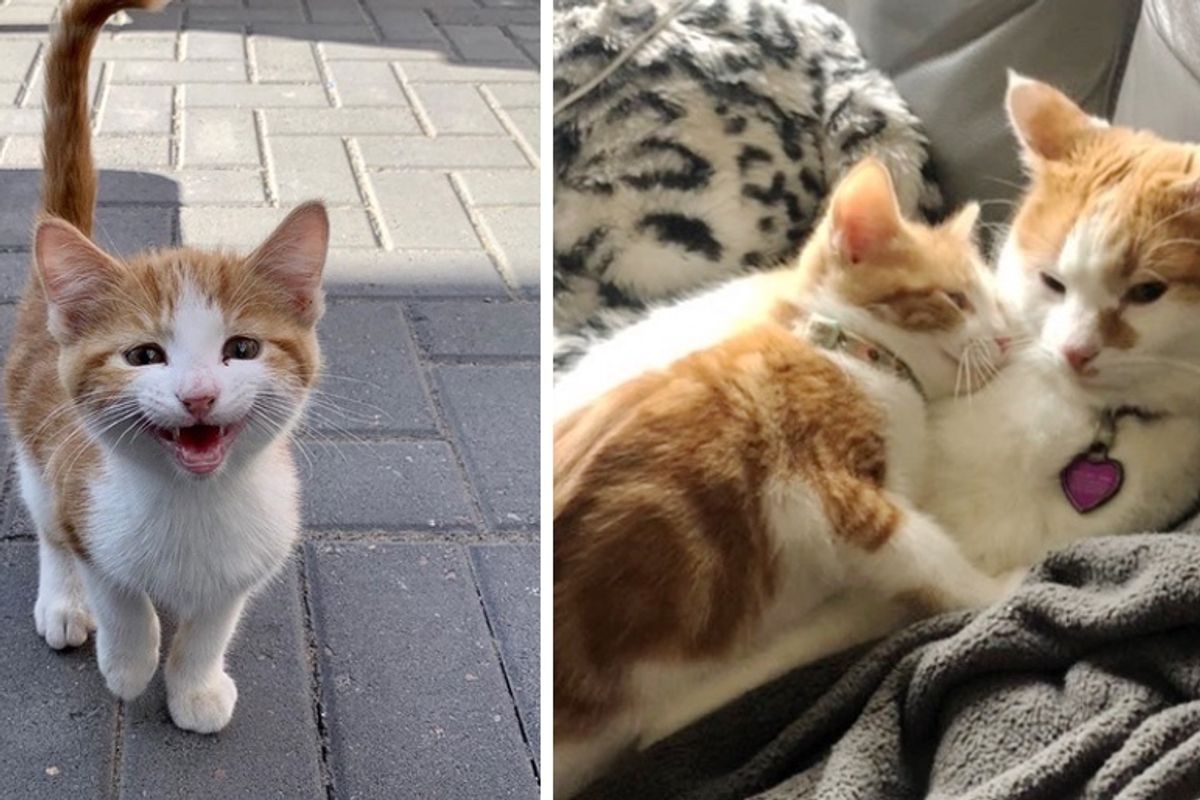 Woman Tries to Find Stray Kitten a Home, But the Kitty Has a Different Plan

A woman rescued a stray kitten and tried to find him a home, but the kitty had a plan of his own. 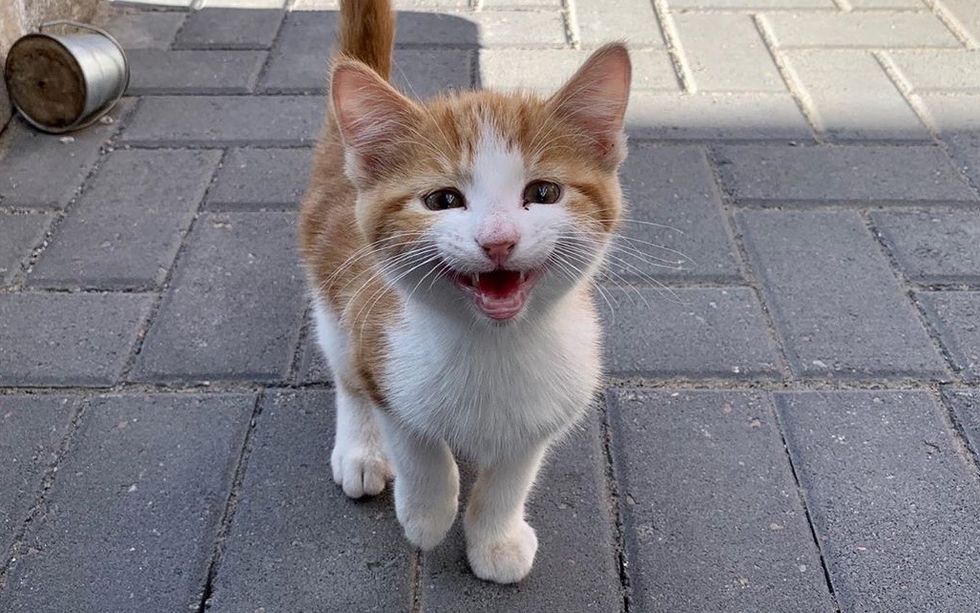 Kēnya, a pet groomer from Denver, Colorado came across a stray kitten two weeks ago when one of her regular clients brought him to her shop.

"He asked if I knew anywhere he could take a kitten that he found in his yard, just before coming in," Kēnya told Love Meow.

The man is allergic to cats but couldn't leave the little one out on the street. He scooped him up and brought him to Kēnya for help.

She set up a place for the kitten at her shop and began making calls and searching online to see if anyone was missing a cat. "I even drove around the area where the client found him a few times to see if there were any missing cat posters for him." 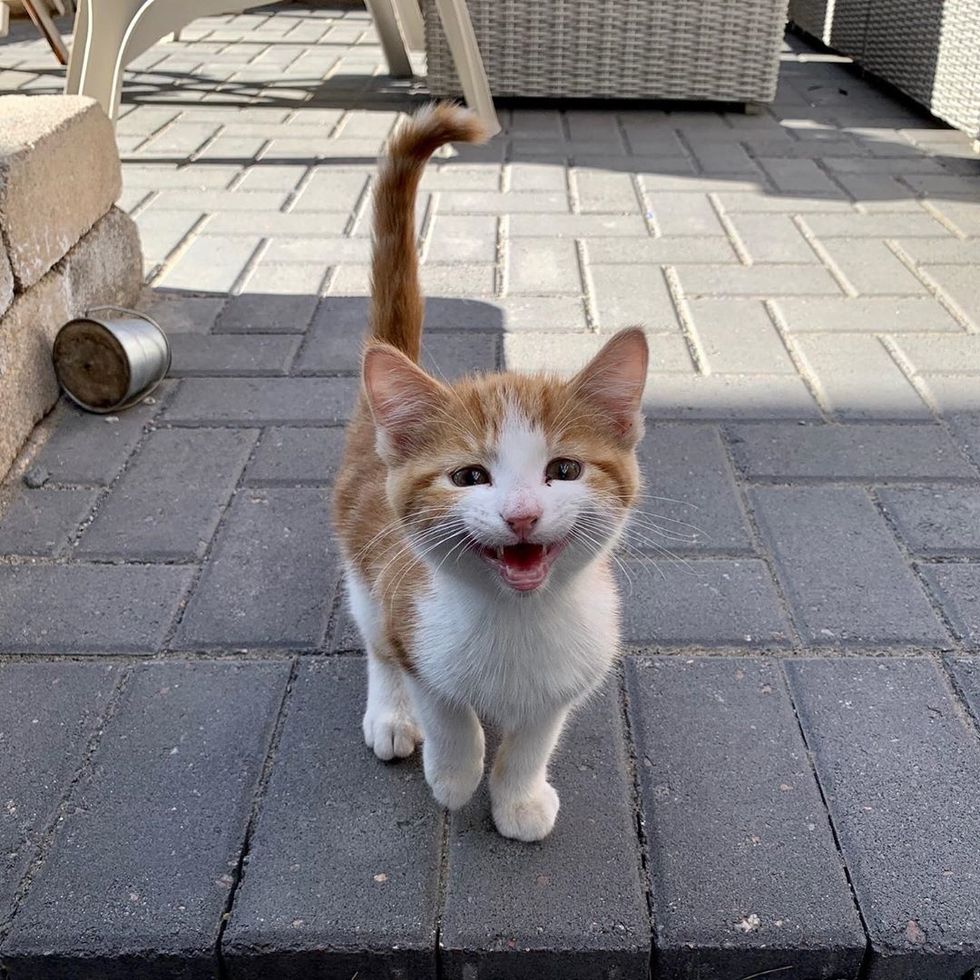 No one came forward to claim the kitten, and he didn't have a collar or a microchip. "I took him home that night and told my family he was only staying for the night," Kēnya said.

They decided to take him to a rescue group the next day, in hopes of finding him a good home. But the little feline had a different plan. 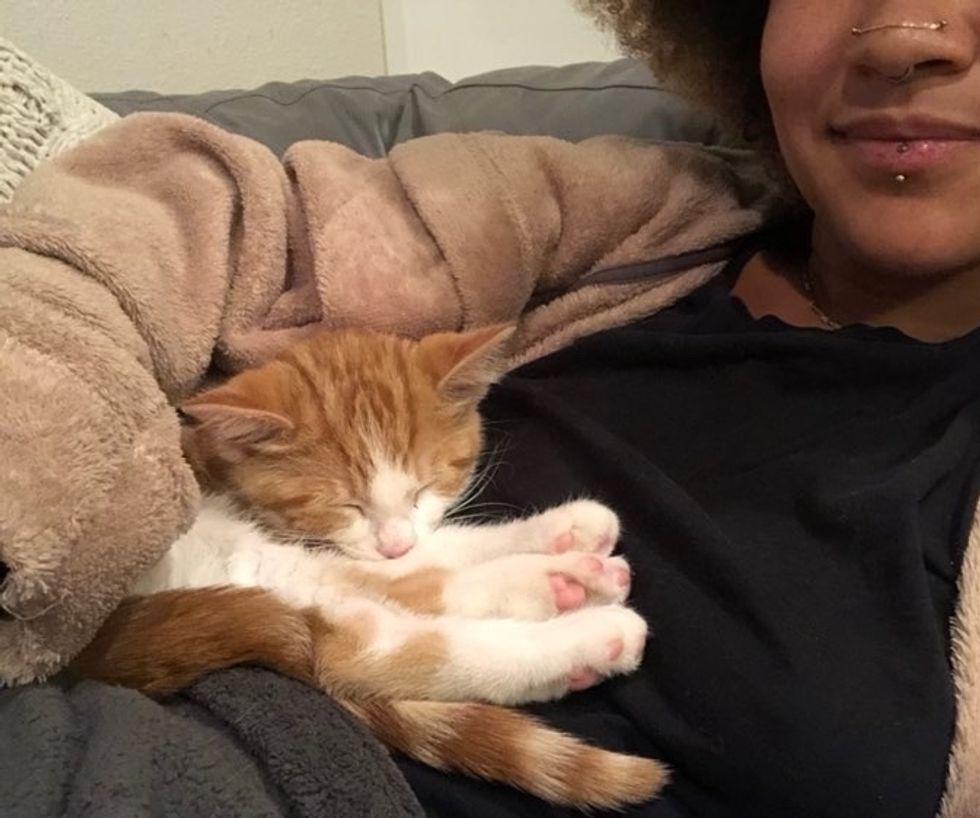 The ginger boy snuggled up to everyone in the house, both furry and human kind. He immediately took to the resident puppy and a cat named Baby Cat.

"Everyone fell in love with him, but the sweetest love for him came from our puppy named Edward," Kēnya told Love Meow. 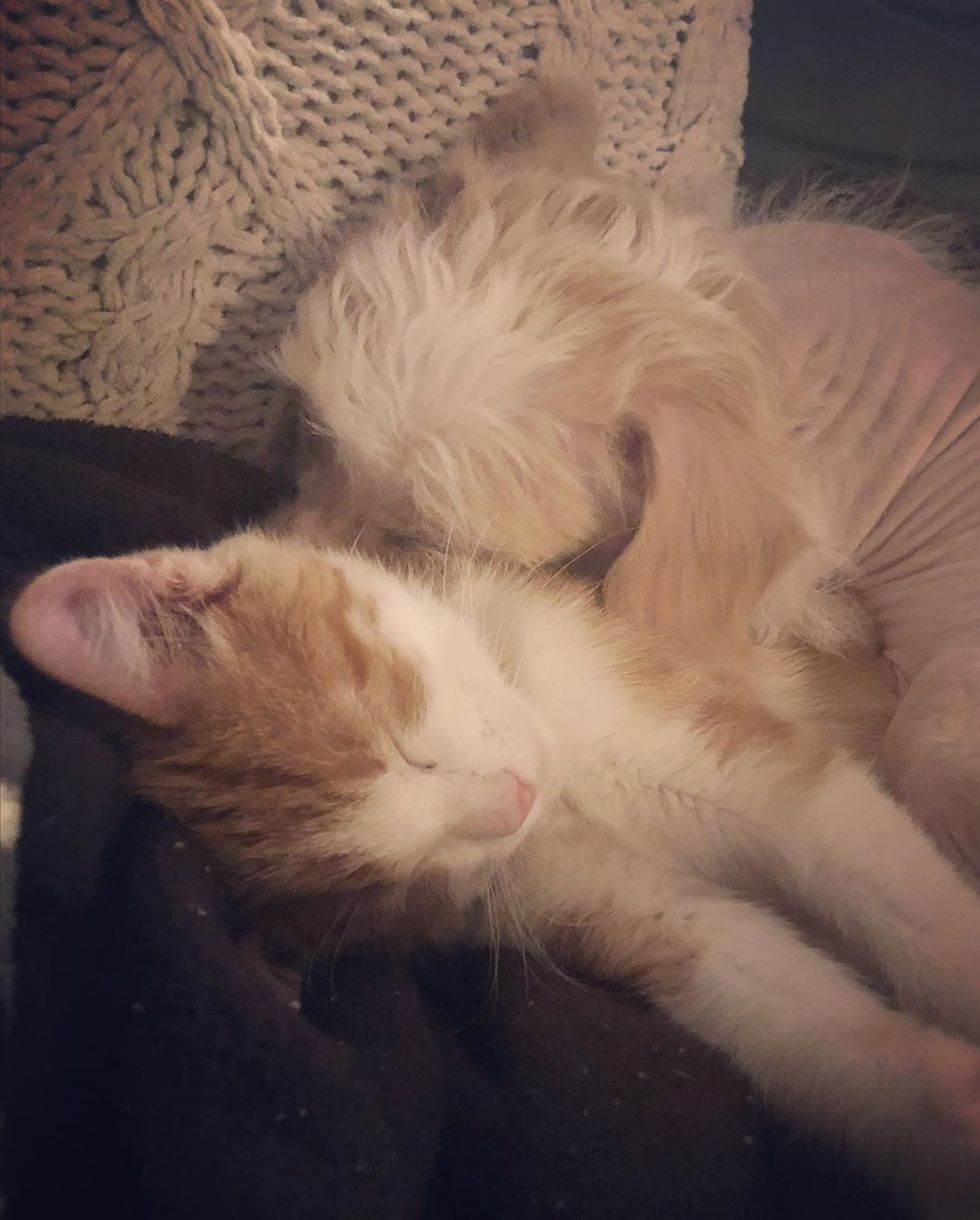 The kitten nuzzled up to his canine friend and began to cuddle. It was love at first sight.

"They acted like they were long lost brothers and immediately started playing and snuggling and just wanted to be around each other all the time." 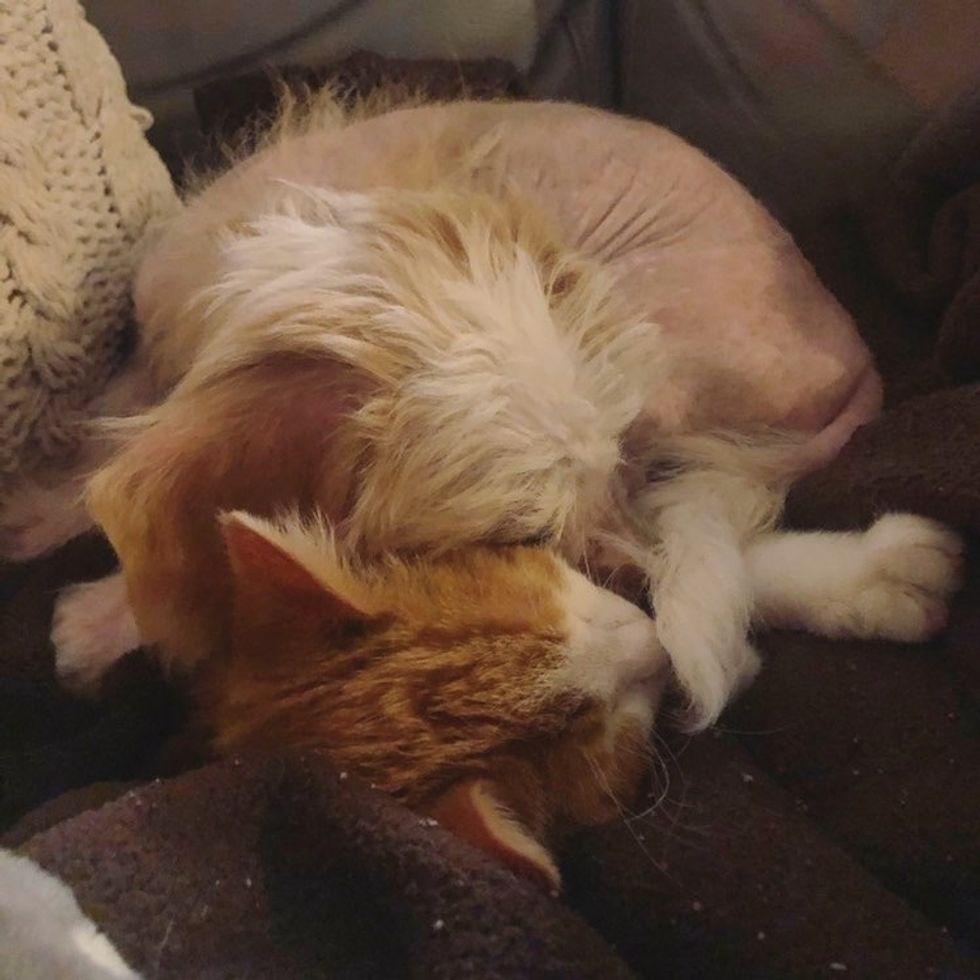 The older cat who was never a fan of kittens, somehow feels different about this newcomer. Not only do they look like family, but also the adult cat has taken the role as the kitten's big brother, caring for him like his own.

Kēnya couldn't bear separating them after seeing the bond they had formed in such a short period of time. 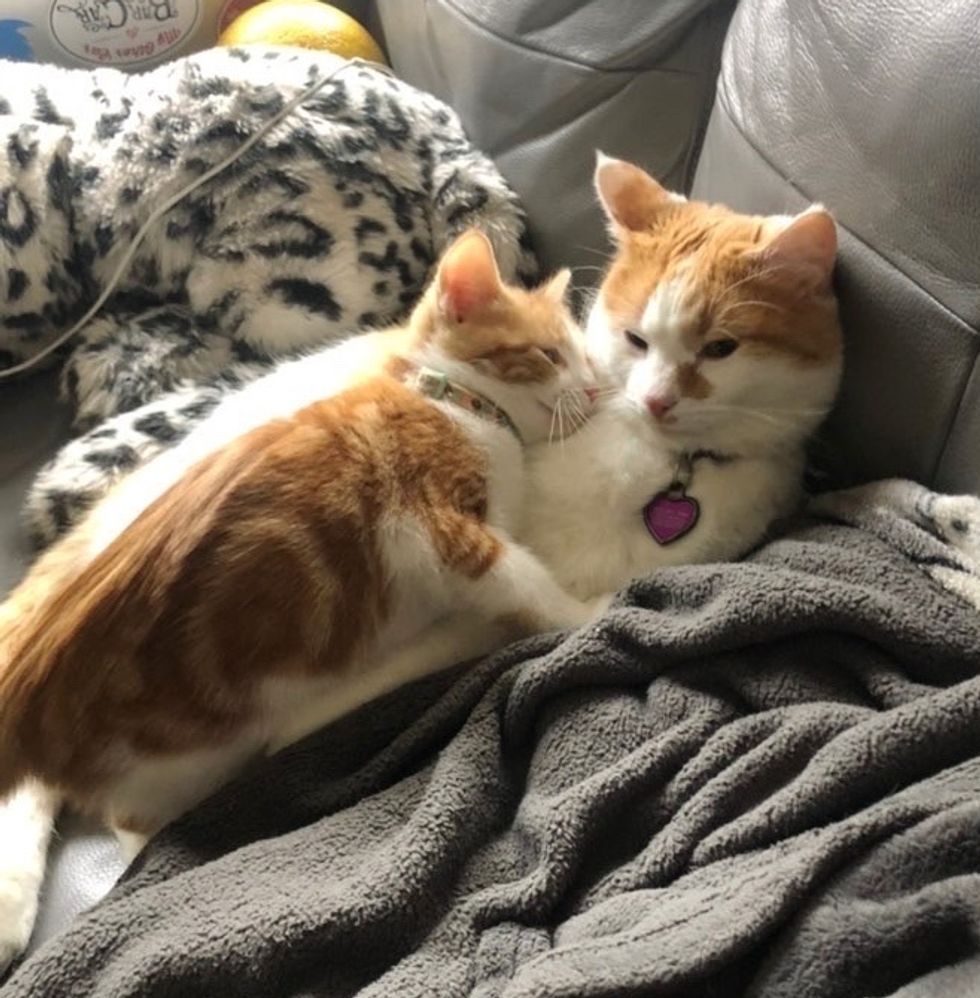 In the meantime, she continued to keep an eye on any Lost Pets posts online and at her local shelters. "A couple weeks have gone by now, and I still check for posts, but there has been nothing," Kēnya told Love Meow.

Her daughter named the kitten Popsicle, and they made him a permanent part of their family. 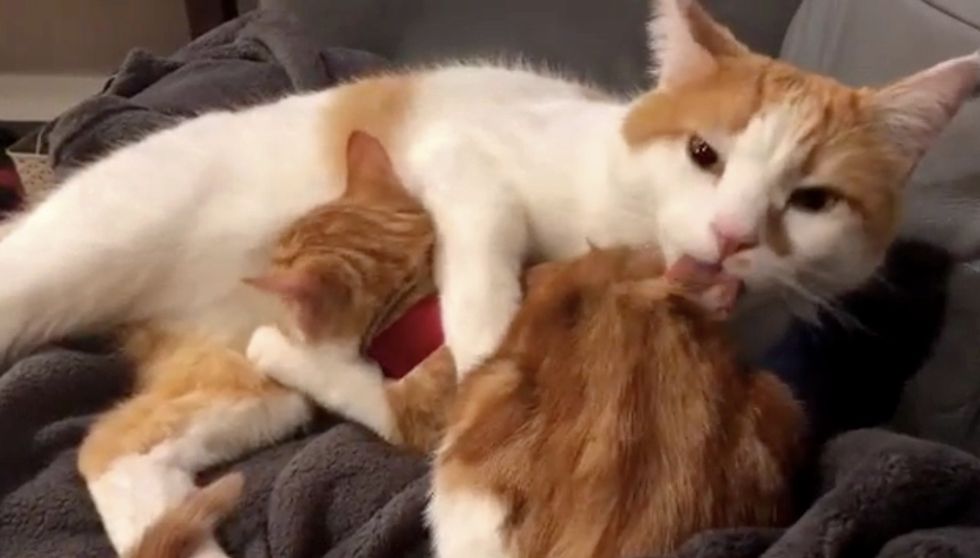 Perhaps, the kitten knew already that he had found his forever human when their paths crossed that day. 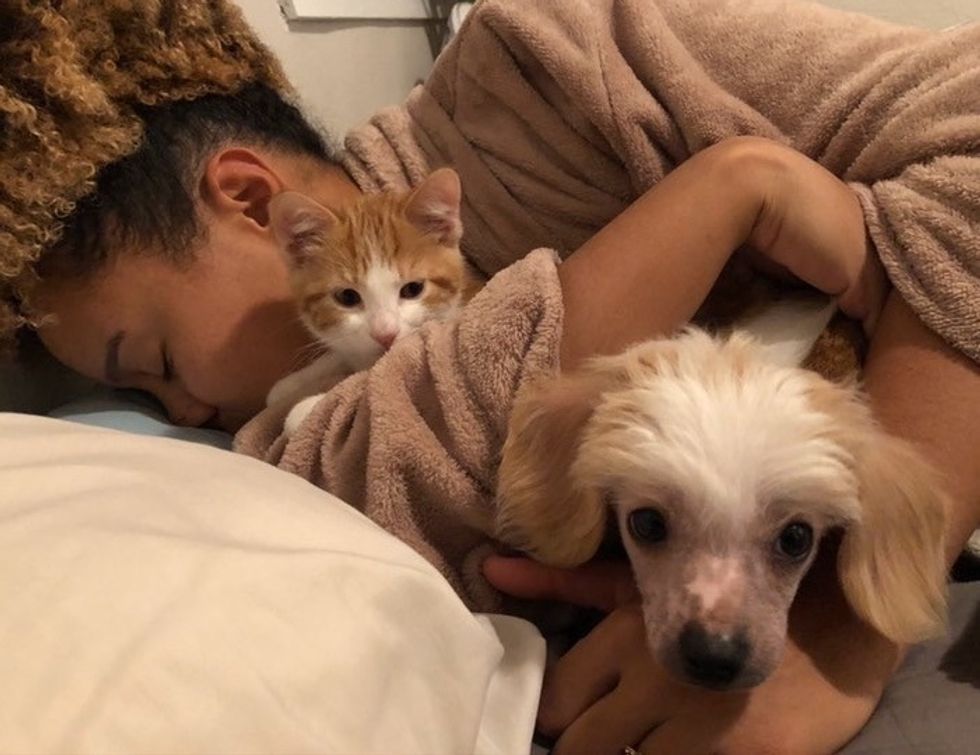