A tiny ginger kitten was spotted wandering in a tunnel by himself. With traffic going right by him, the maintenance workers ran to the rescue. 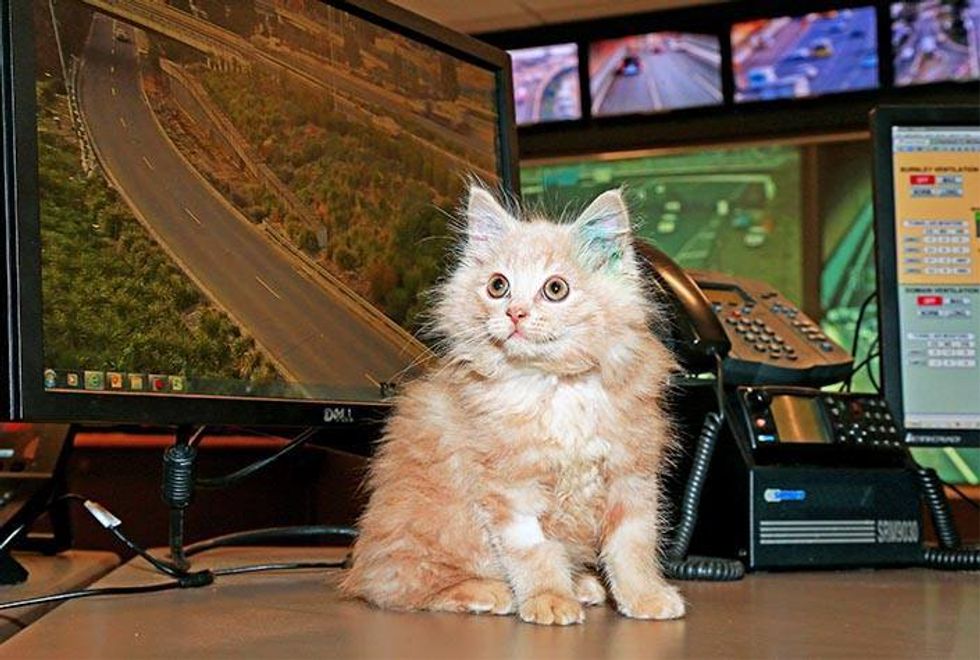 On June 14, a little ginger kitten was spotted in the Melbourne's Burnley Tunnel trying to find his way out.

With the speed limits of up to 80km/h (50mph), the tunnel was a danger zone for any animals. Staff at the CityLink was notified by motorists about the little stray. They quickly dispatched help.

"Our maintenance crew managed to rescue the kitten safely and brought him back to our control room where we kept him warm and called The Lost Dogs' Home," Andrew Eckersley, CityLInk Road Operations Manager, said.

The kitten was walking in the tunnel, captured by CCTV.

The kitten was covered in mud and dirt and was very scared after the whole ordeal.

"Nobody knows how he ended up in the tunnel - it's a mystery," The Lost Dogs' Home (North Melbourne) told Love Meow.

They named him Burnley after the tunnel.

"With lots of TLC, Burnley has really started to come out of his shell - he loves a cuddle and purrs very loudly to let us know," Dr David Cunliffe, General Manager, Animal Welfare and Customer Service at the Home, said. 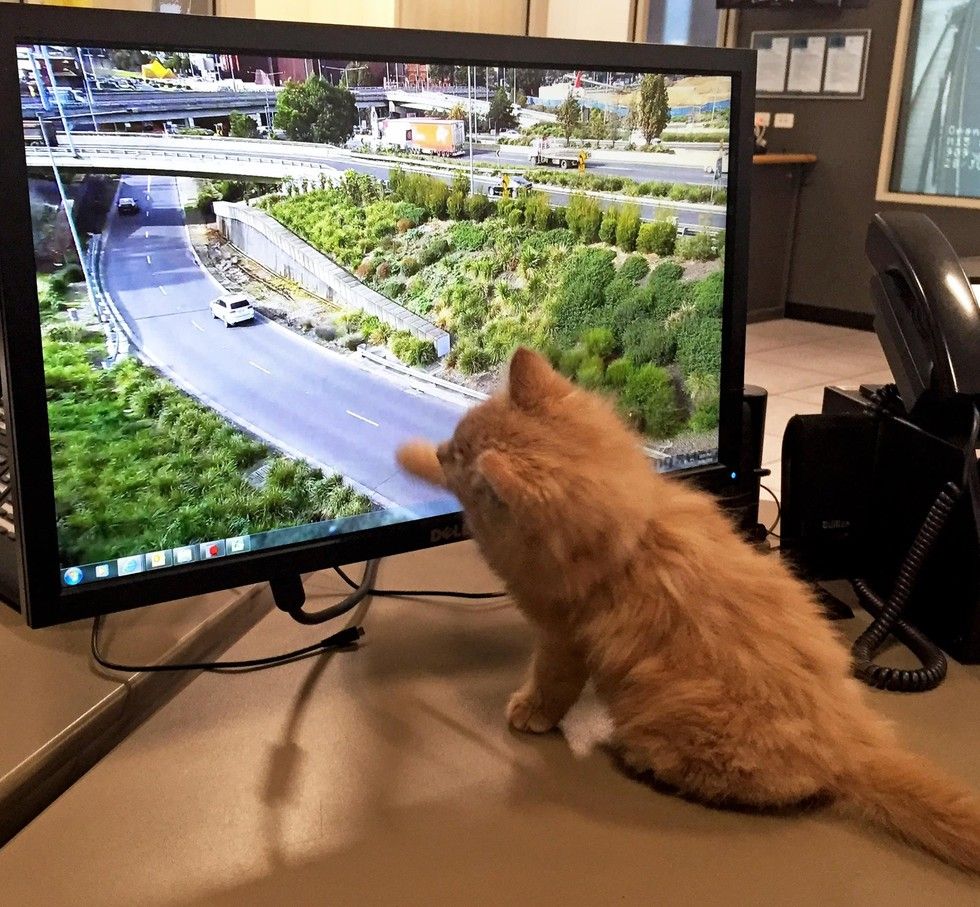 There are almost a hundred rescue cats and kittens like Burnley at The Lost Dogs' Home. "While he does have an amazing tale to tell, we think all of our cats are equally as special as he is, and will give you just as much love and companionship," said David.

Incredibly, this is not the first time a kitten has been saved from the Burnley Tunnel. Dodge, a 10-week-old kitten, was found and rescued back in 2013.

Burnley gave the CityLink staff a helping paw before he was taken in by the rescue group. 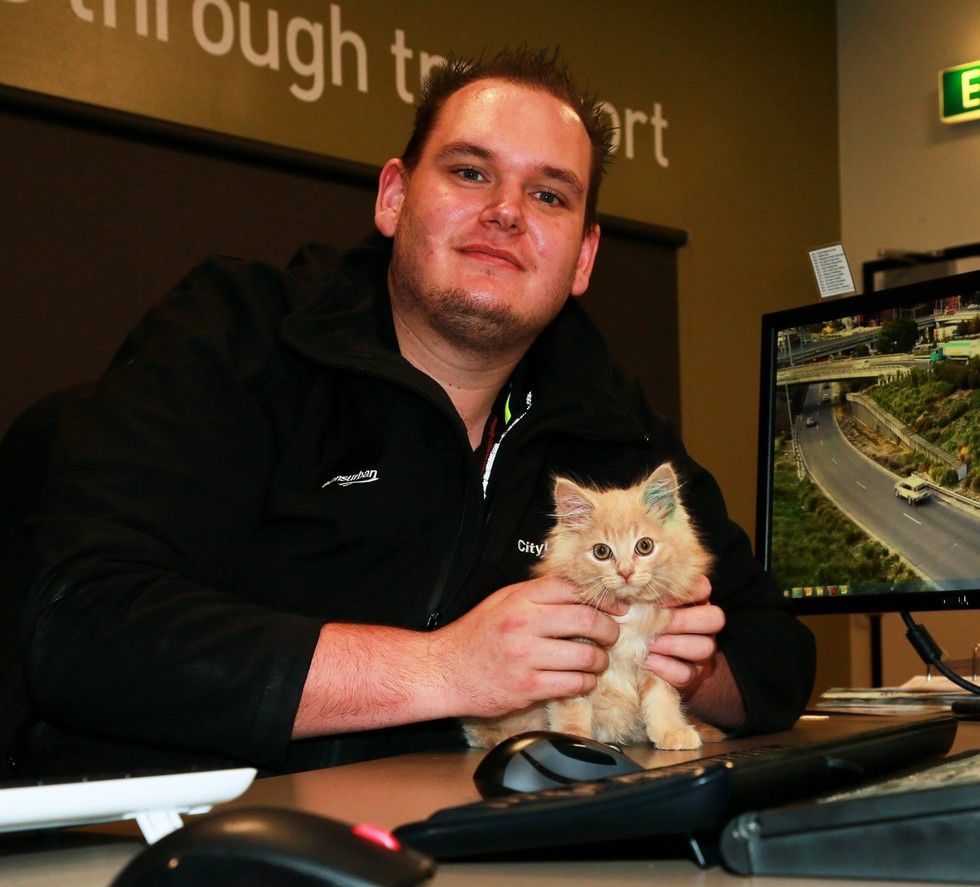 After Burnley's story went out, a couple, Hayden and Amanda, fell in love with the little ginger furball.

"He's very lucky to be rescued from the tunnel – we don't know how he survived," said Hayden. The couple adopted little Burnley, and the furry buddy couldn't be happier.

"These animals are absolutely beautiful. They just need a loving home," Hayden said. 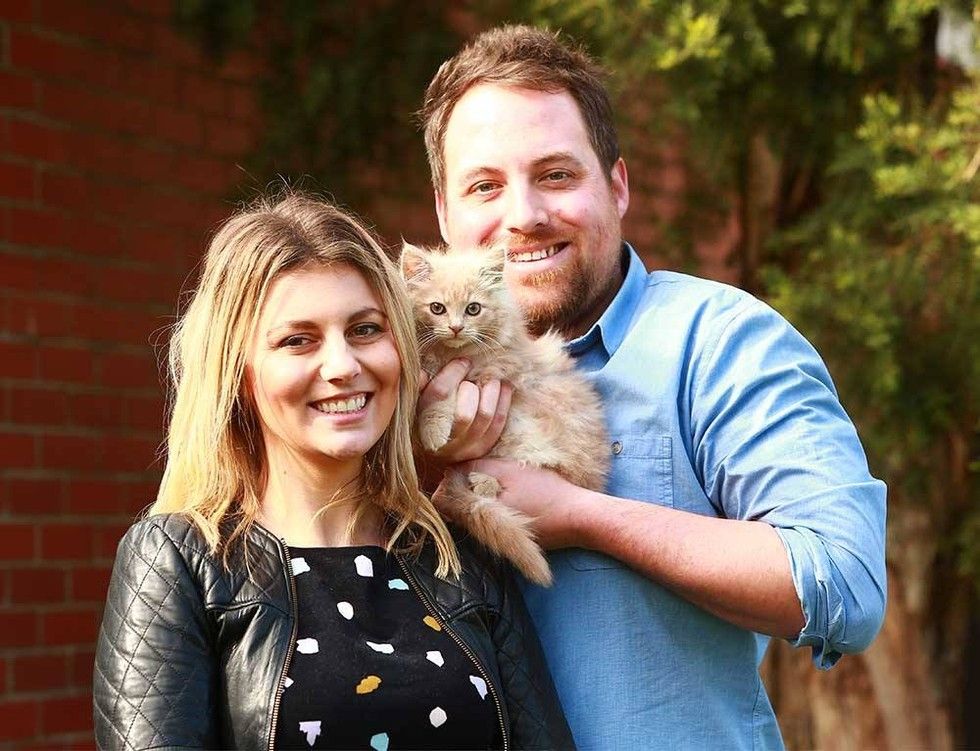 Related story: Two Ginger Brothers Found in Garden Always Have Each Other